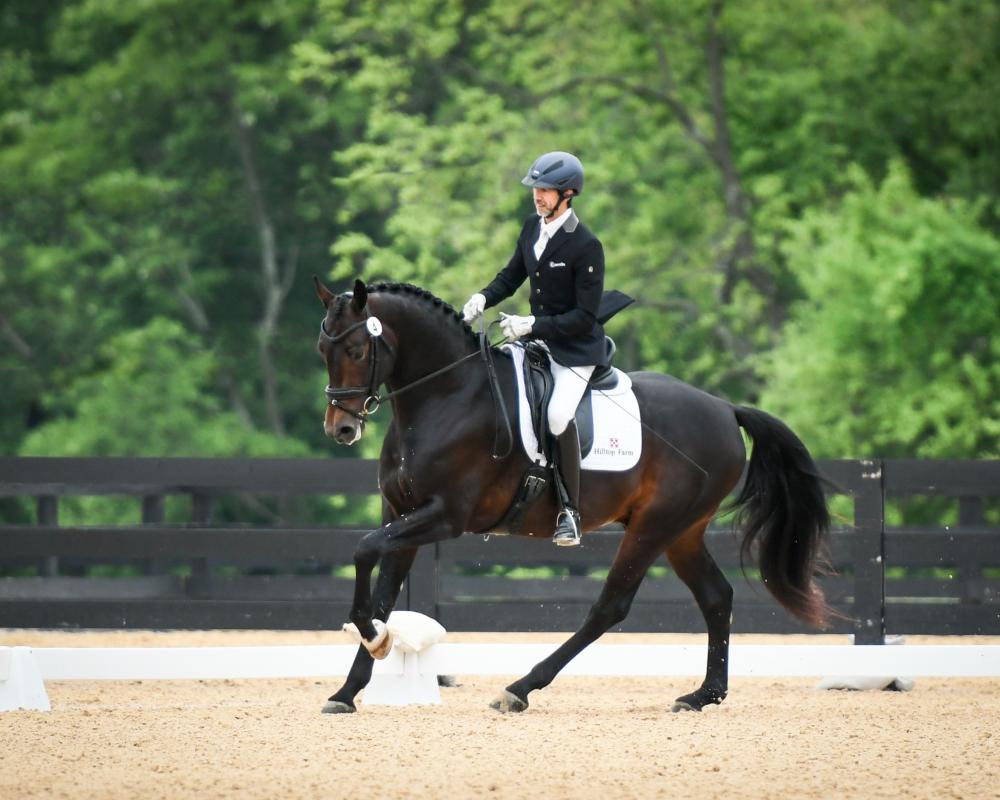 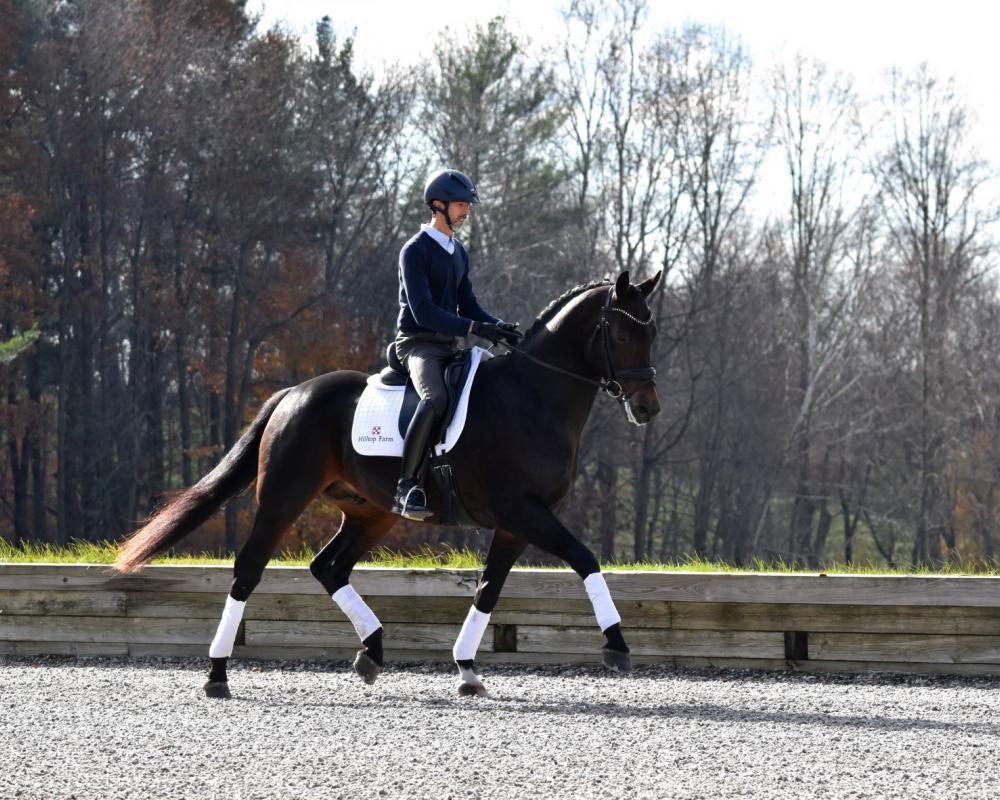 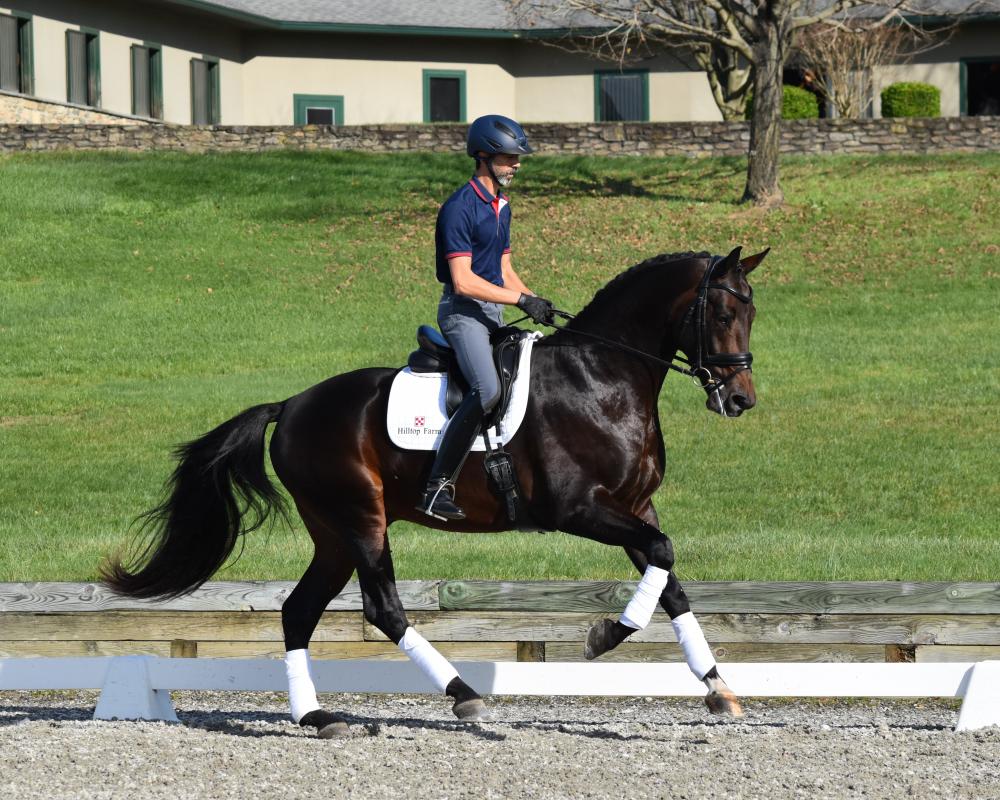 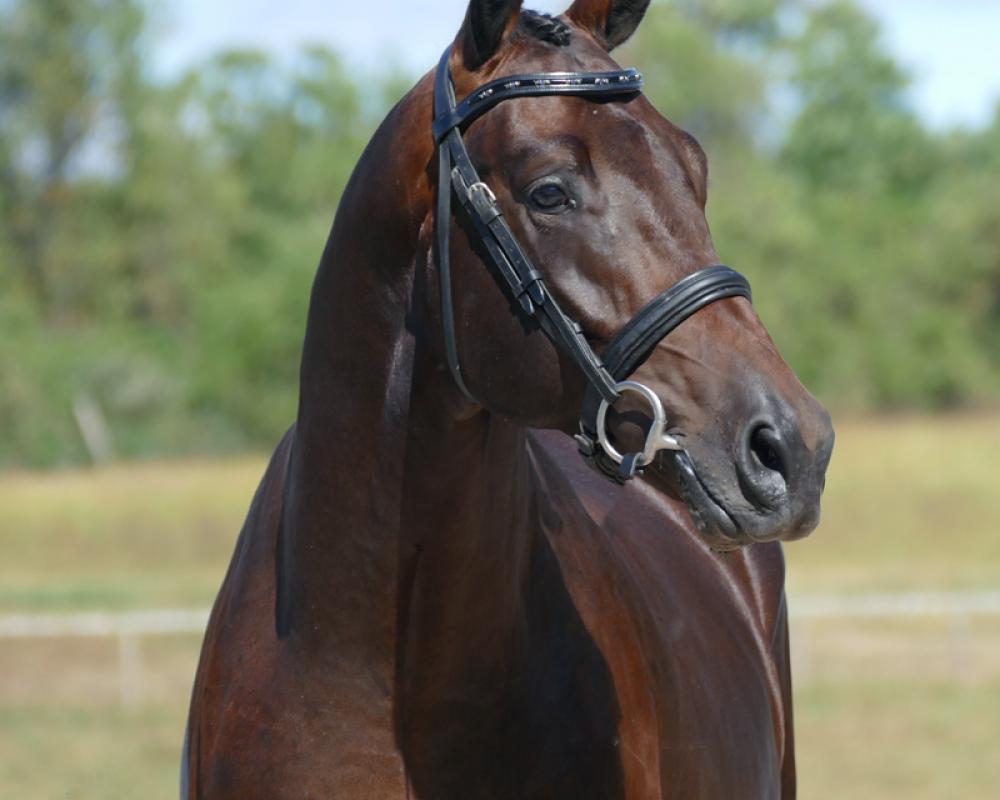 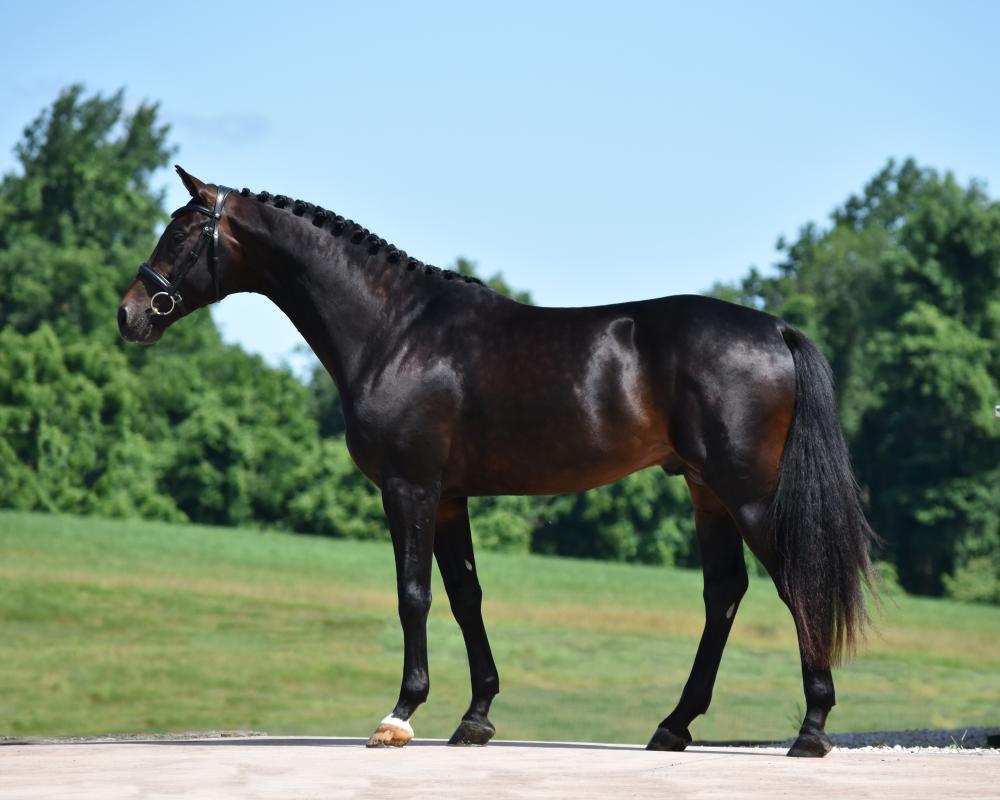 The Lord Leatherdale-Negro cross has proven an exceptional nick and we are proud to offer Louisville as the next representative of this combination that has already been so successful as seen by stallions such as Everdale and Glamourdale. Louisville was an early standout as a foal winning the Colts of 2017 and the prestigious Dressage at Devon Foal Championship. In 2021, he earned a median score over 72.8% at Training Level and scores as high as 80%. At the east coast NA Stallion Sport Test Louisville finished 2nd overall, earning scores of 9 for his canter and rideability and an 8.5 for his trot.

Louisville’s sire, Lord Leatherdale, brings the best of Westfalen breeding lines. His sire Lord Loxley was a Bundeschampionat winner and Silver Medalist at the World Young Horse Championships and his dam, Fairless P, has been an exceptional producer. Lord Leatherdale has proven to carry on this family record and has sired PAVO Cup winners, Young Horse World Champions, and top international Grand Prix horses.

Louisville’s dam had a very successful competition career that included the USEF Intermediaire Championships and Grand Prix wins. She has proven an exceptional producer as well. Her sire Negro is one of the most proven sires for his record of Grand Prix offspring, including the Olympic horses Valegro, Everdale, & Fendi T. Great-grandsire Fruhling was an Advanced Level showjumper whose influence is well-established with 10 approved sons.