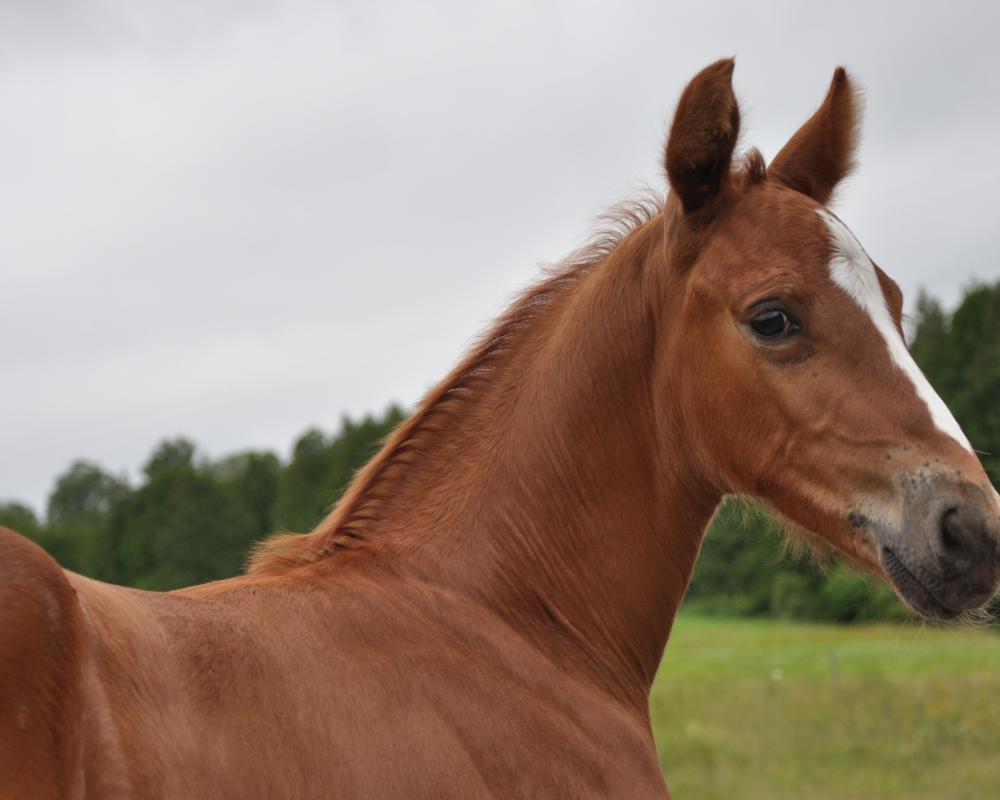 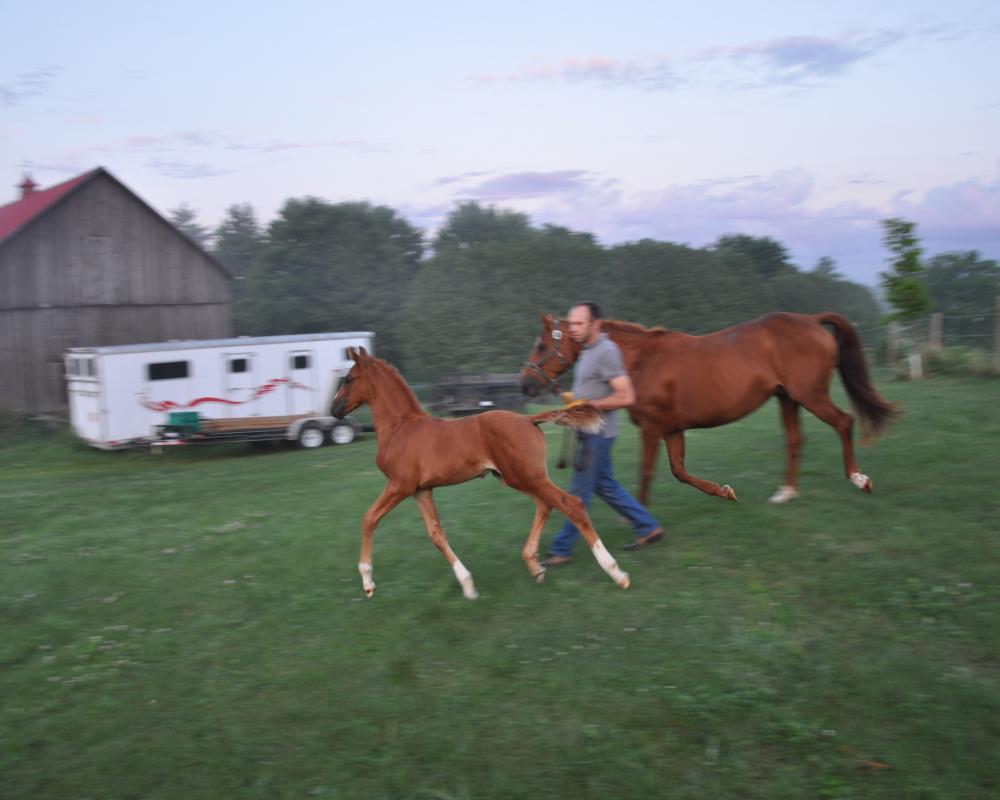 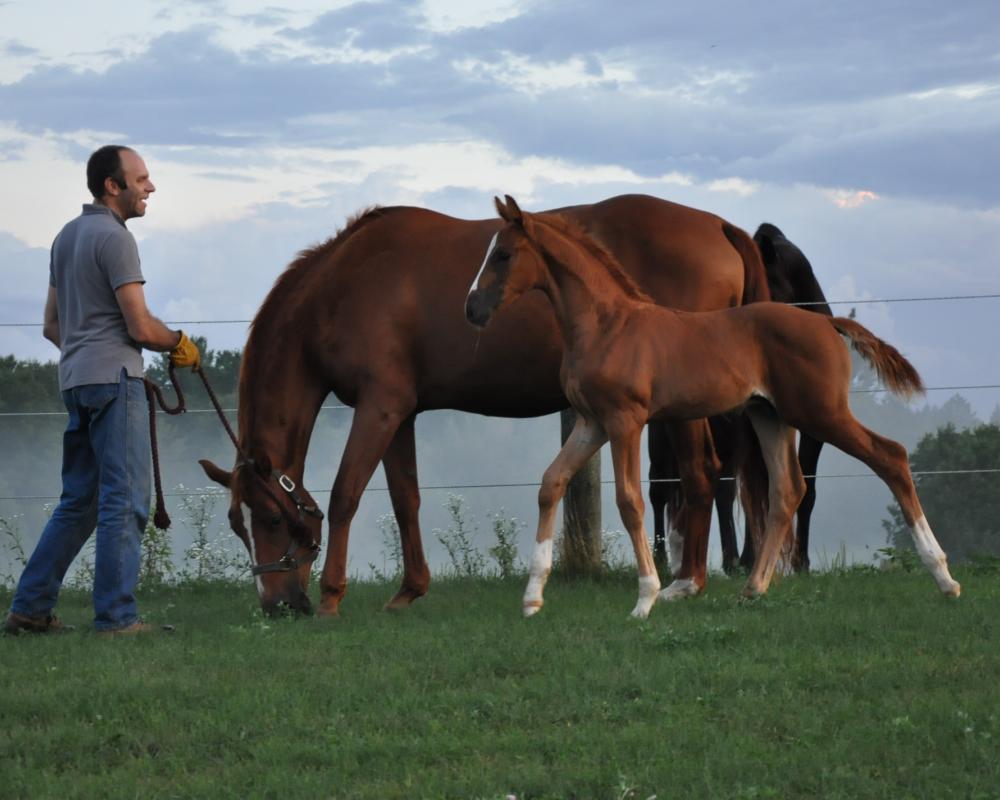 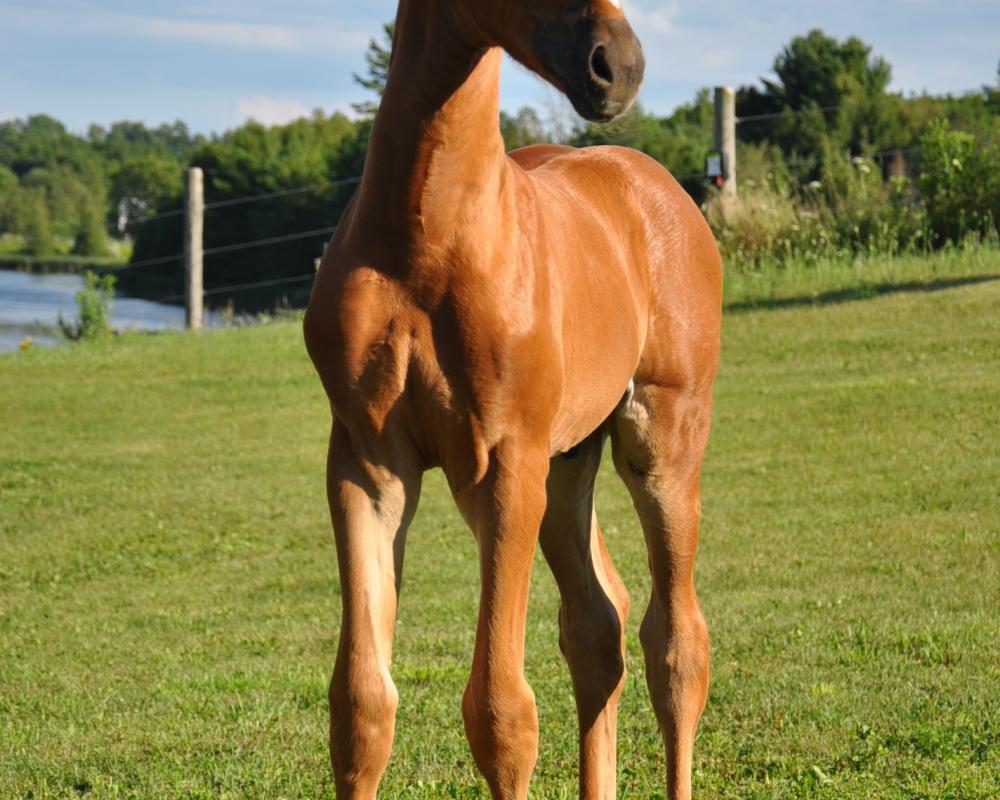 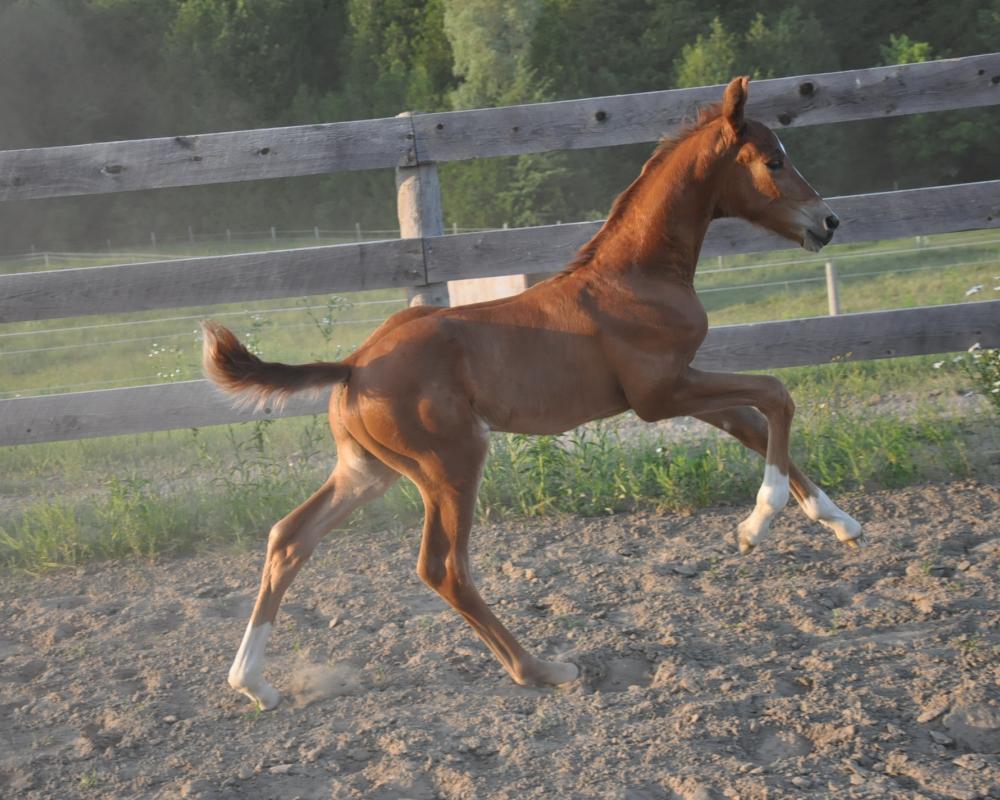 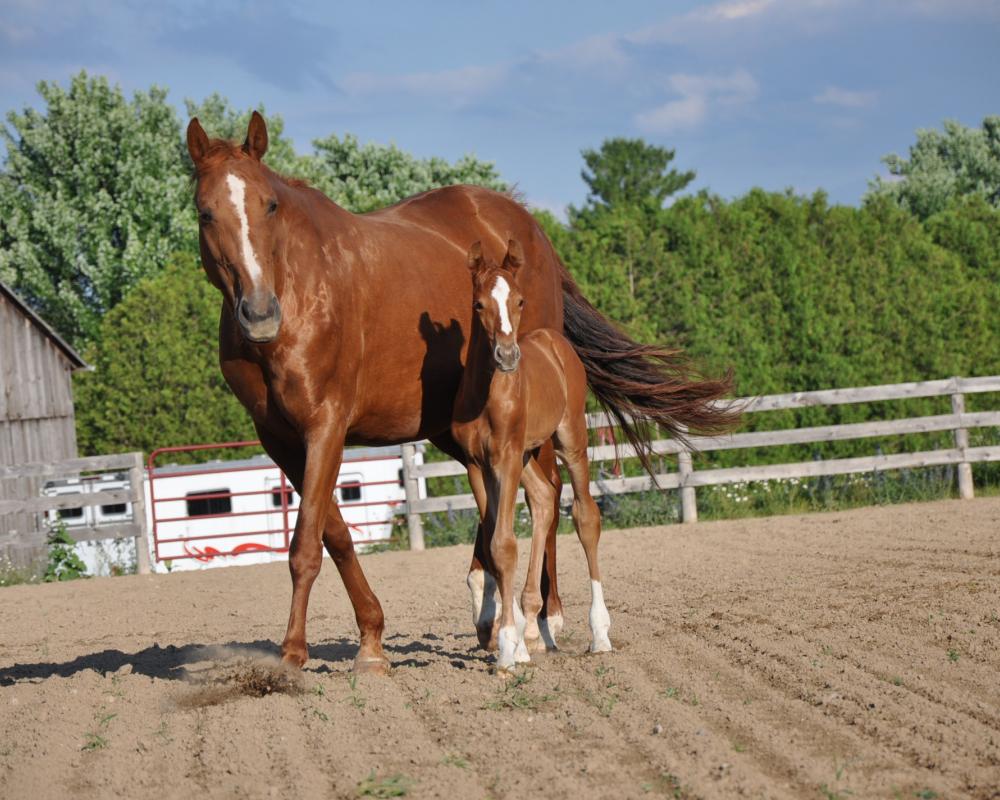 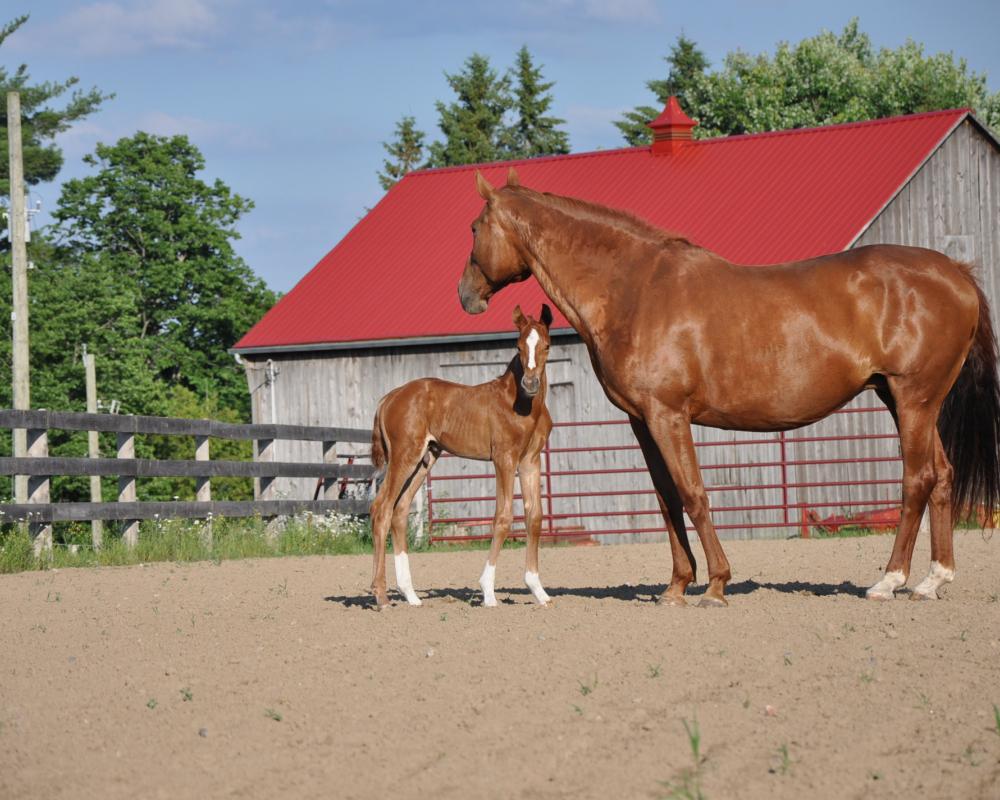 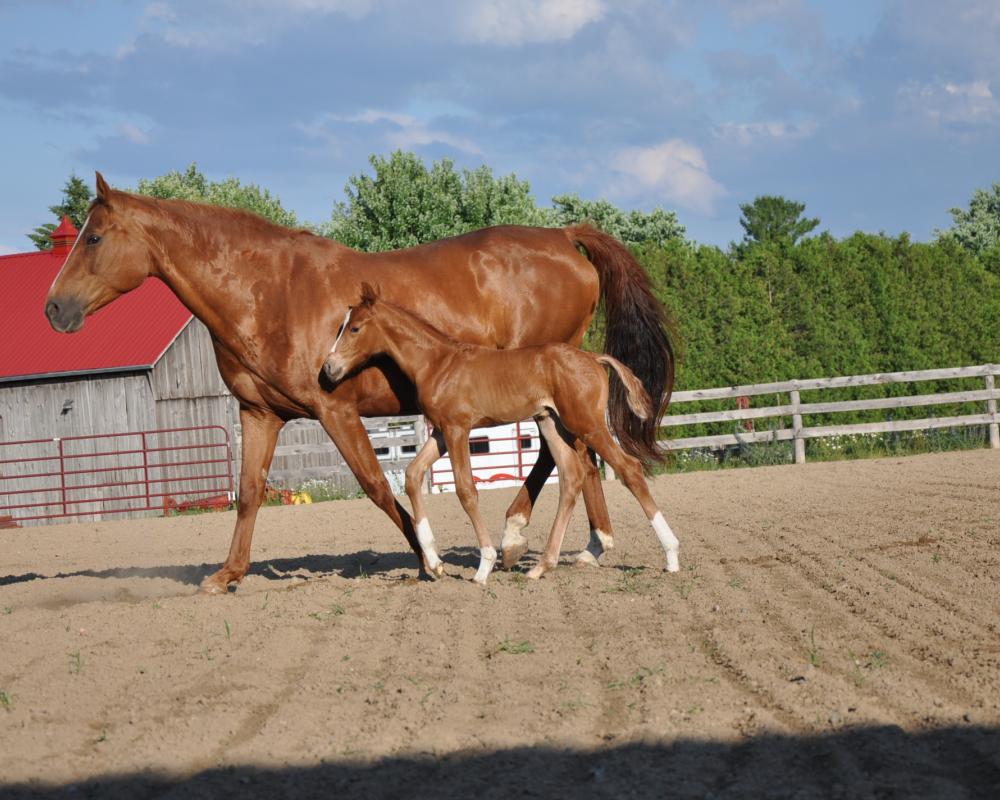 Hanoverian colt by Livaldon combining the best of German and Dutch bloodlines.

If you appreciate top genetics paired with loads of natural talent, take a serious look at this one, he won't disappoint.

Löwenzahn (Leo) is a very elegant colt with super fluid and expressive movement in all three gaits, with great reach in his walk and super suspension in his trot and canter. He draws attention when he moves and will be a force once he matures.

His pedigree without a doubt contains the who's who of German and Dutch bloodlines through both his sire Livaldon and dam Wailea.

Livaldon (Vivaldi – Donnerhall – Eiger II) was dressage champion at both his 30 day and 70 day performance test, finish the latter with a dressage index of 131 and a final score of 8.41. Livaldon has already produced 8 licensed sons and 39 Elite Mares/Candidates. He has over 5 dozen offspring with successful competition records and has dressage breeding index of 151, already putting him in the top 1% of dressage sires.

Löwenzahn's Dam Wailea is by Westporte who through his lineage (Wolkentanz I (Weltmeyer) – Fabriano)) also offers some of the best bloodlines of German dressage breeding and has already produced a champion dressage foal at the Spruce Meadows Hanoverian foal show. Her maternal grandsire Belisar is considered one of the most influential Dutch dressage stallions, having won his stallion performance test, not only has he produced several approved sons, but today his name can be also found in the damline of many successful, highly athletic sporthorses.

Located 1 hour east of Toronto, ON

We are proud to have beautifully bred Hanoverian horses for both the ambitious as well as the amateur rider. Nestled in the heart of Ontario, our 43 acre farm provides optimal conditions for their healthy development. Contact us for more information on our breeding program and available horses.
Email Seller Now
Visit Seller Website
More Horses From Seller