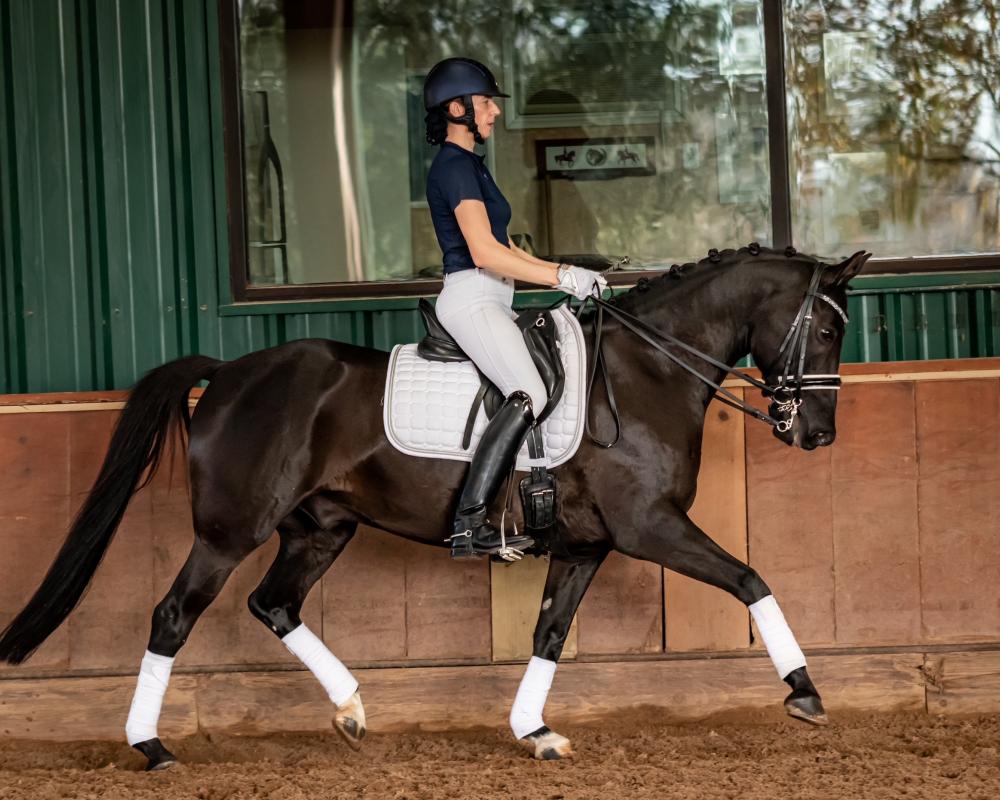 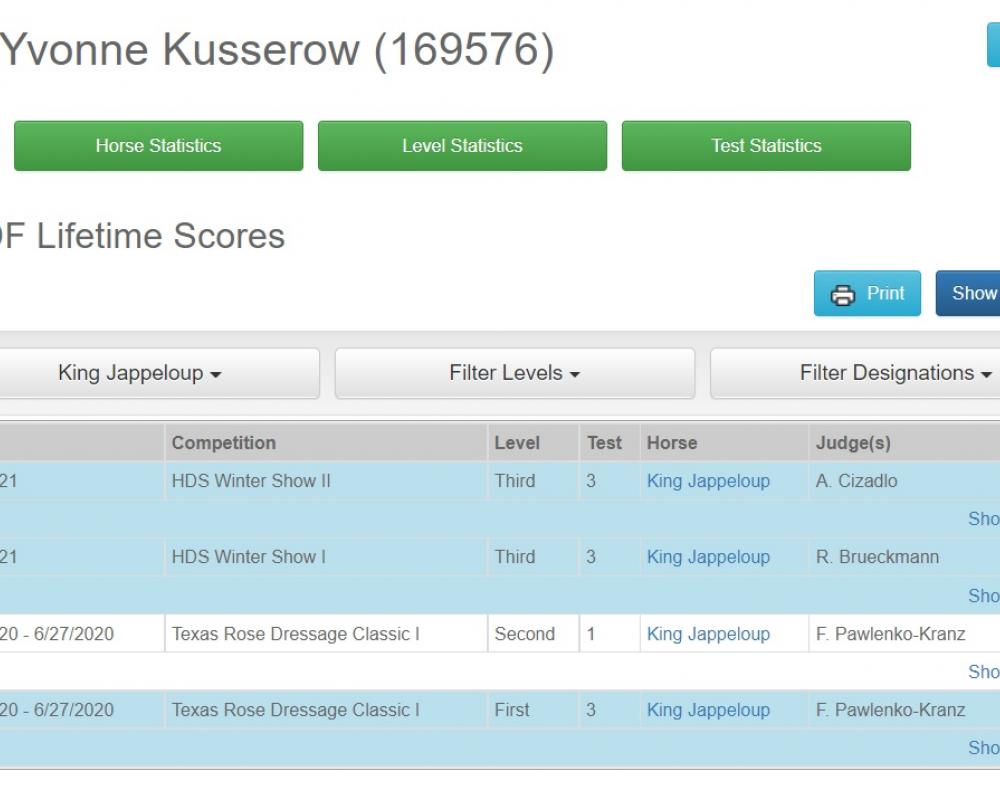 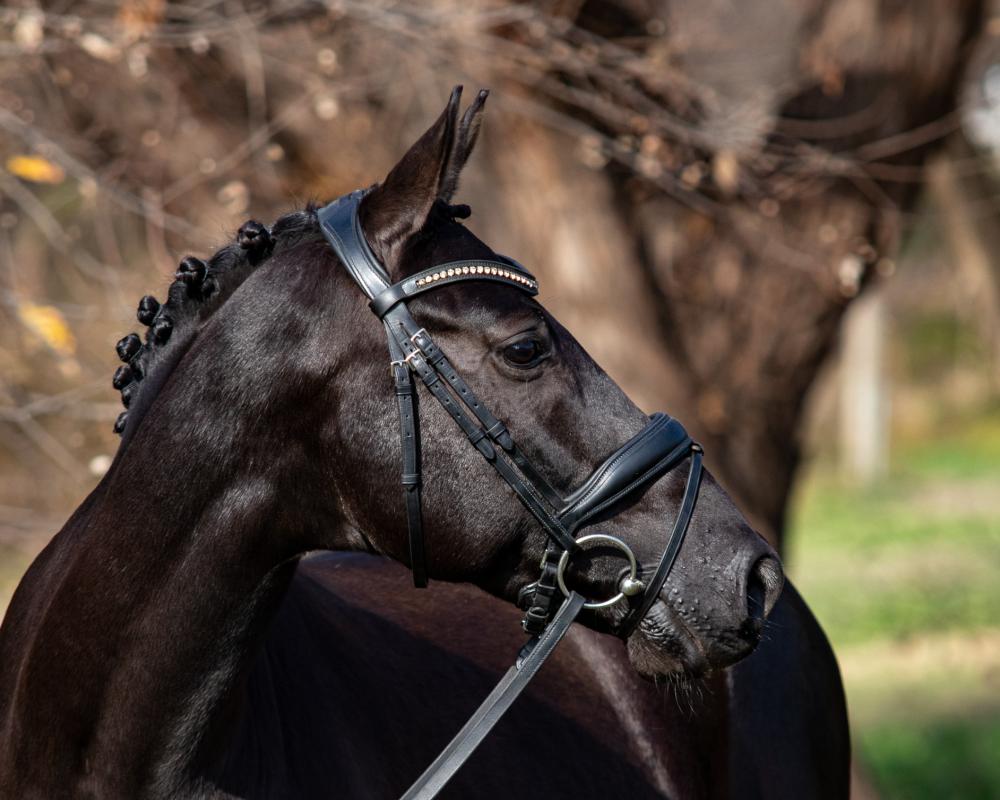 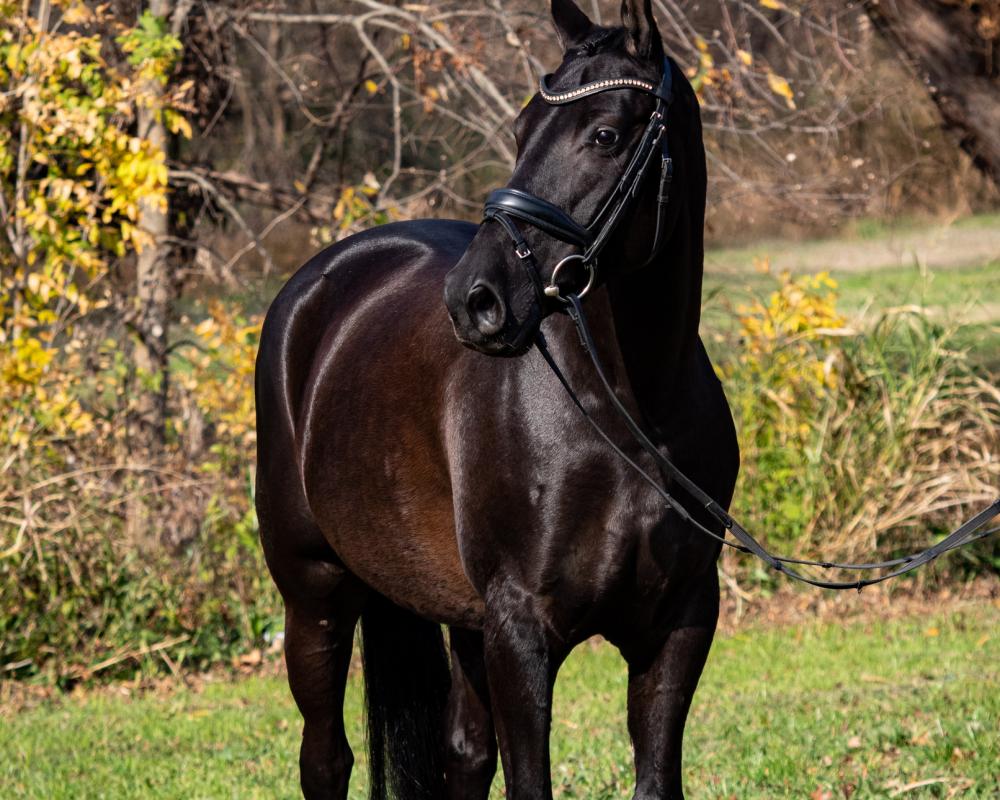 Lui was purchased from Germany in 2019. He is super sweet and personable. Lui doesn't have any vices, loads perfectly and gets along with other horses. He can be turned out alone or in a group. He wears regular front shoes. Lui likes his time with the vet and the farrier and is overall an "in your pocket" guy! He will stand quietly in cross ties or tied next to a trailer!

Lui is lifetime registered with USEF and USDF. He has been shown at 1st, 2nd and 3rd level with a trainer. He is the same at shows, different arenas or at home. He also enjoys trail rides and loves to jump! Lui has never been lame, was sick or had colic. He is overall an easy keeper. He was never injected and doesn't require any maintenance.

Lui is owned and ridden by an adult amateur who was new to Dressage when she purchased him, and he was a reliable and fun horse for her while she learned on him. He also goes well in side reins and can be used for lunge lessons if the rider is working on position and seat! He is for sale due to personal reasons.

We do have recent x-rays and a complete vet check for potential interested buyers available. Lui passed all flexion tests and the overall pre-purchase exam 100%. Before importing him from Germany to Dallas, Texas we had 4 chips removed as a precaution. Lui has never been lame either before or after the removal surgery!

If you are looking for an all-round and fun horse that is talented and sound
contact Yvonne 214-235-4039 (text or call) Lui does not rear, bolt or buck!

The rider in the video is 5'7 with long legs. We started schooling changes and collected work more frequently after mostly being ridden by his owner who was schooling 1st level. Pirouette work and tempis playfully started : )

Sire
Sire
Kwept
Dam
Get the latest news and updates