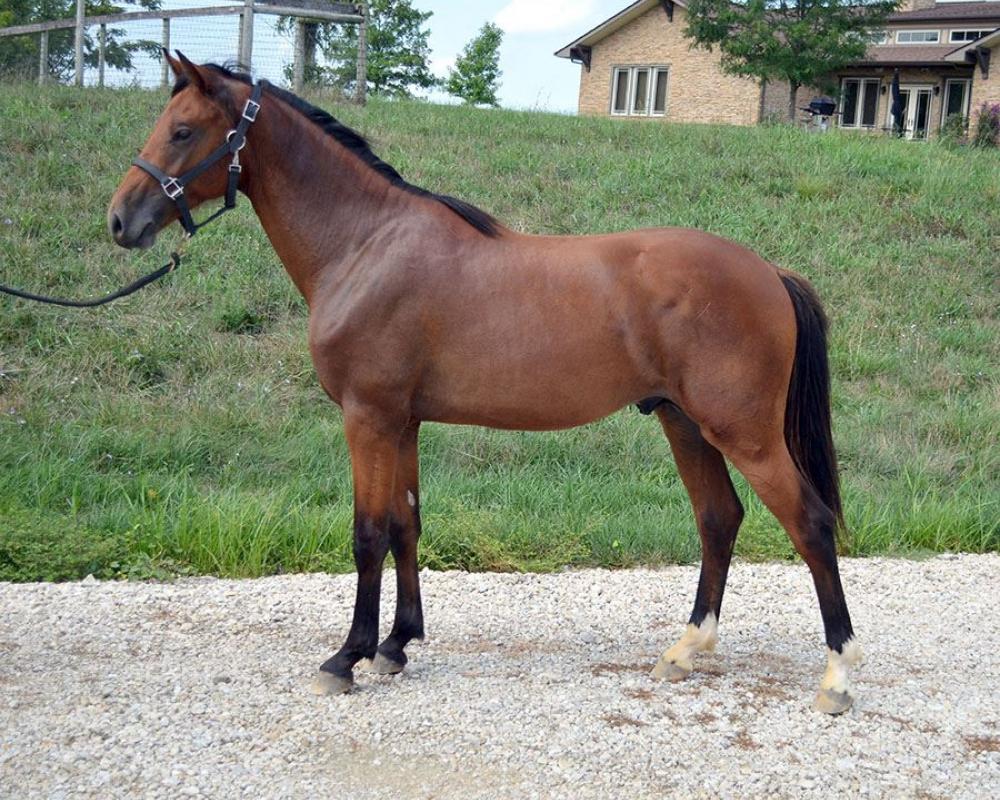 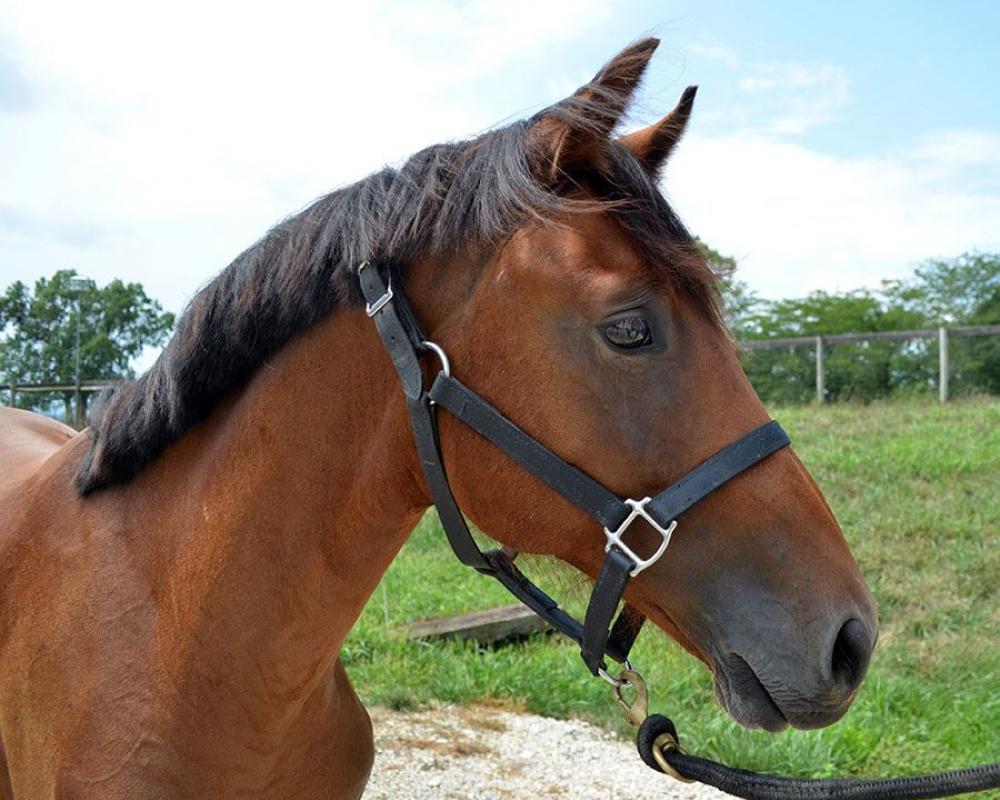 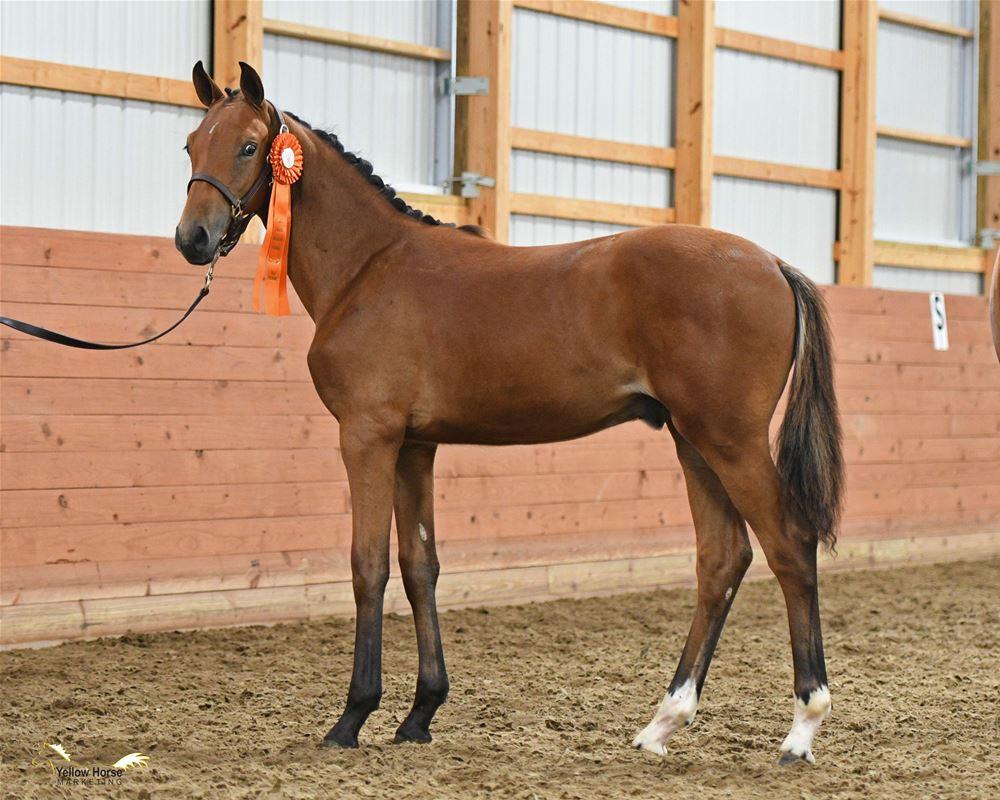 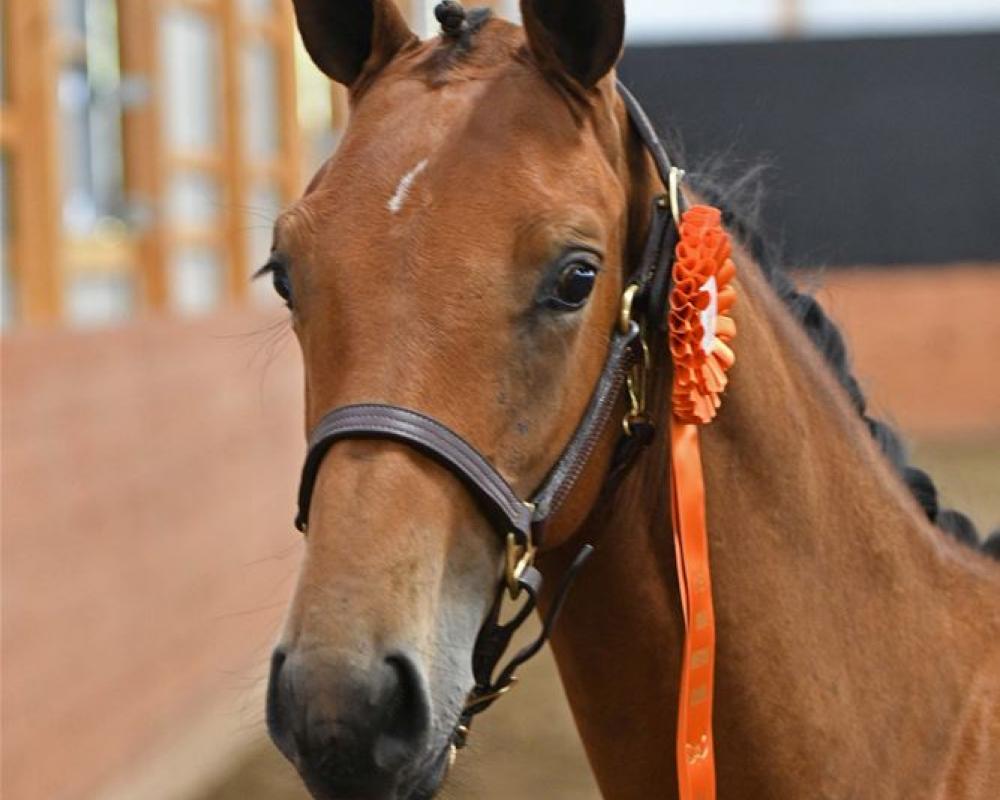 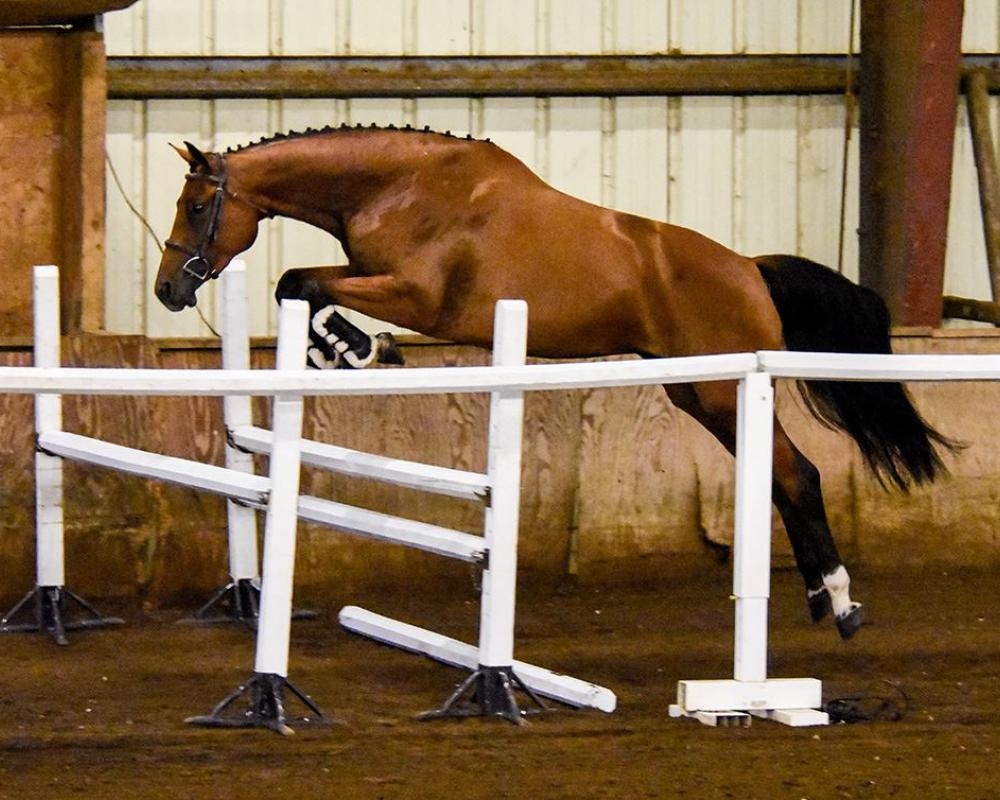 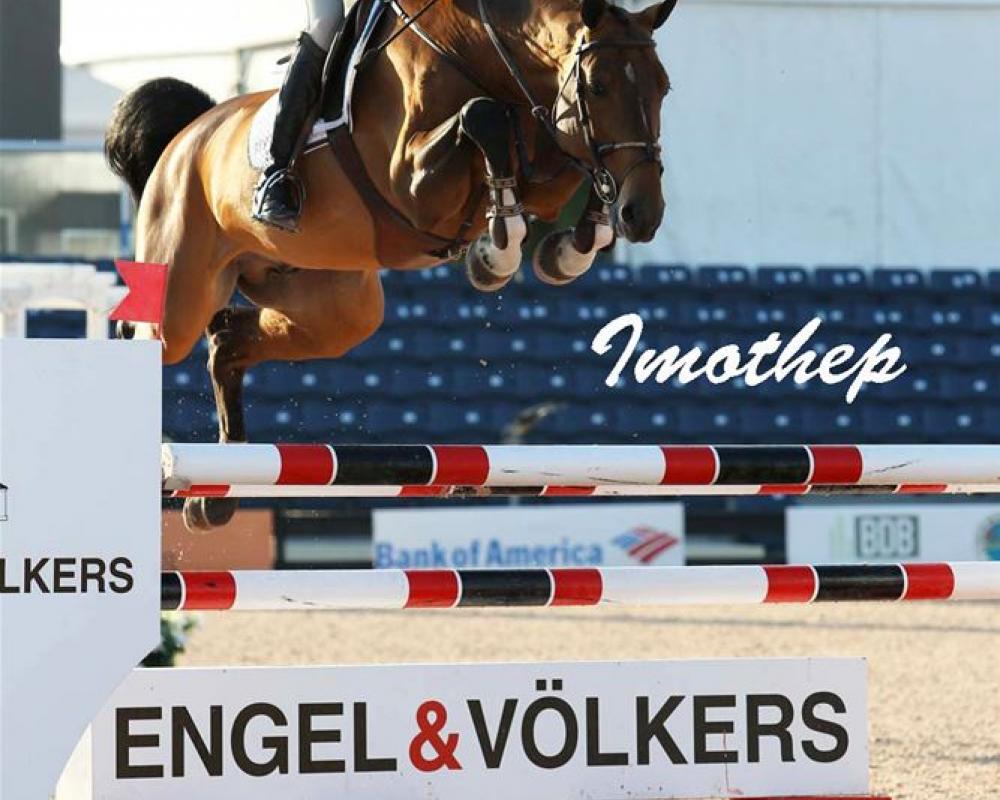 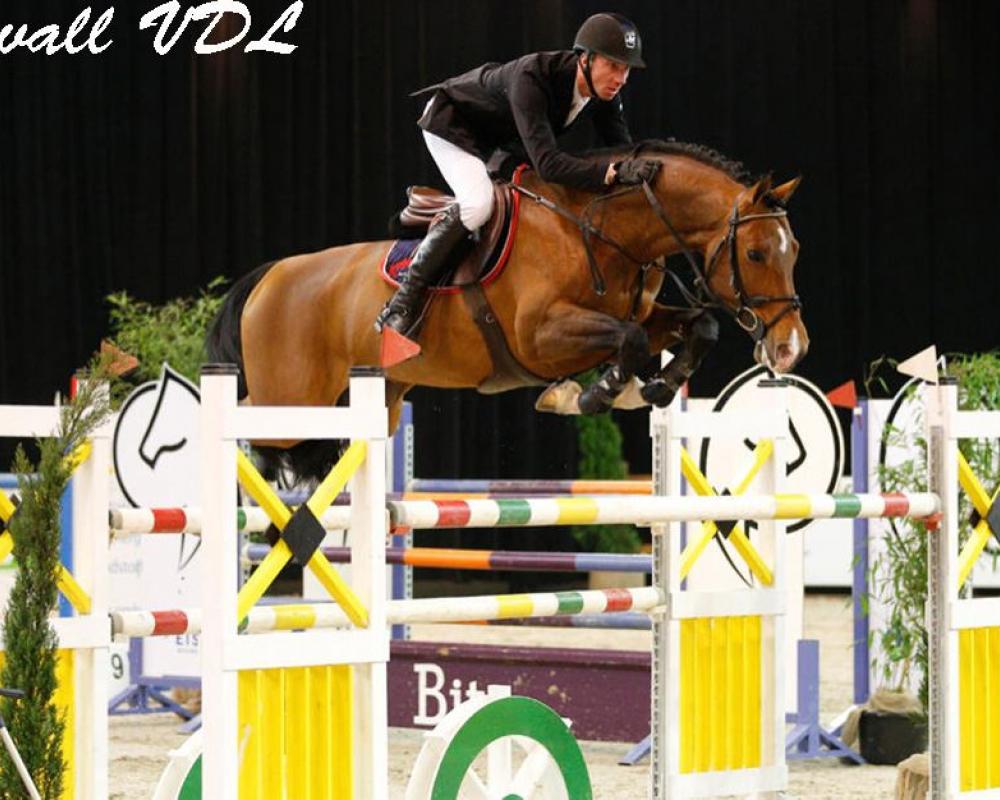 Majestro M (“Jester”) is growing up fast! Currently doing small courses, he is on his way to become a serious jumper. He's agile, powerful, and a joy to watch. Jester is a 2017 KWPN First Premium colt with a fabulous pedigree, excellent conformation, and willing personality. He is registered in the KWPN foalbook (highest level registry) and has his FEI-compliant microchip. See his KPWN keuring video below and hear the comments from the jury.

Sire: Majestro’s sire Imothep (Indoctro-Calvados-Dominard) is a Grand Prix jumping sensation with a wonderful temperament, superb style, and fabulous movement. He has numerous international wins and participated in the 2016 Olympics in Rio on Team Japan. Owned by Hyperion Stud in Virginia, Imothep is building a large cadre of high-performance offspring around the world. He has multiple breed approvals and is an Elite stallion and Ambassador for the Belgian Warmblood studbook. Conformation, athleticism, and smarts—Imothep has it all, and has passed a winning package of traits to Jester.

Dam: Jester’s dam, Imalottie SPF, is a 2013 KWPN mare at Maefield Farm. Ima is producing foals while beginning training as a GP jumper prospect. Ima is by the international jumper Zavall VDL (Casall-Emilion-Cor de la Bryere) and out of a granddaughter of the great KWPN jumper mare, Elottie W, whose dynasty is much admired in sport. Imalottie has the PROK (orthopedic assessment) and Ster (“star”) predicates from KWPN. You will not find a smarter horse than Ima, and Jester has learned well from his talented dam.

Jester is currently learning groundwork in preparation for tacking and starting lightly under saddle. He is well-mannered and a quick learner, with a pedigree that is stacked with generations of fabulous Grand Prix jumpers.

Photos on top row are Majestro M as a yearling and at his keuring in 2017; bottom row has his bay dam Imalottie (2 photos on bottom left); his bay sire Olympic Imothep (sailing over the Engel and Volkers jump); Jester's damsire Zavall VDL (mastering the yellow jump).