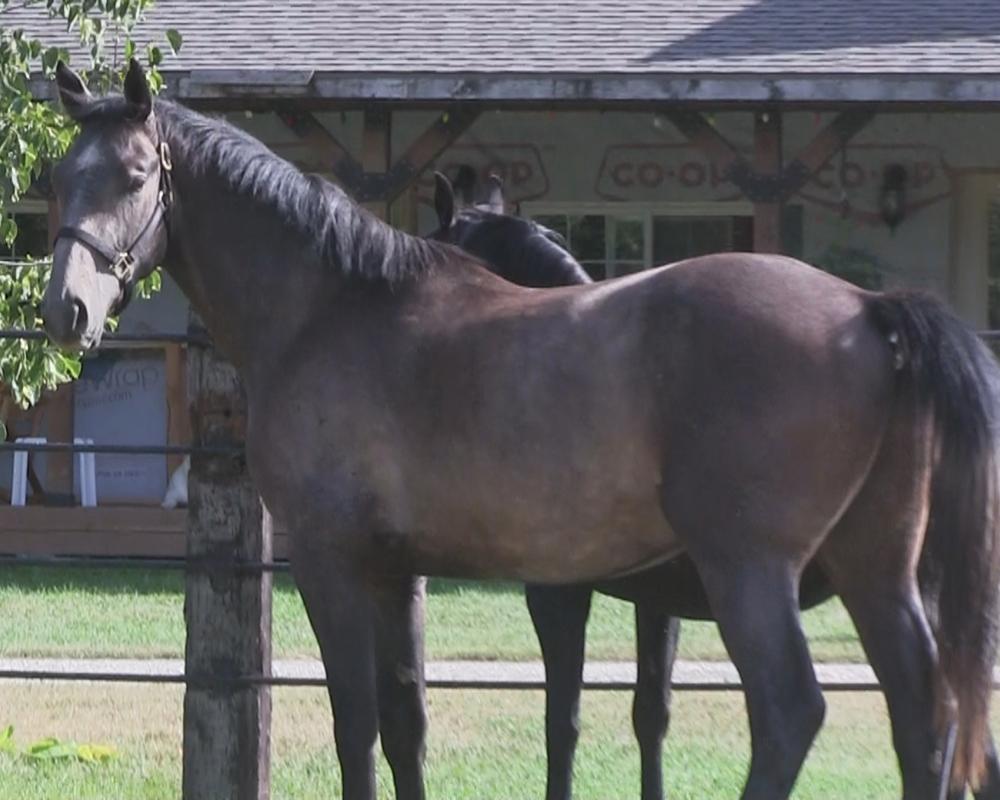 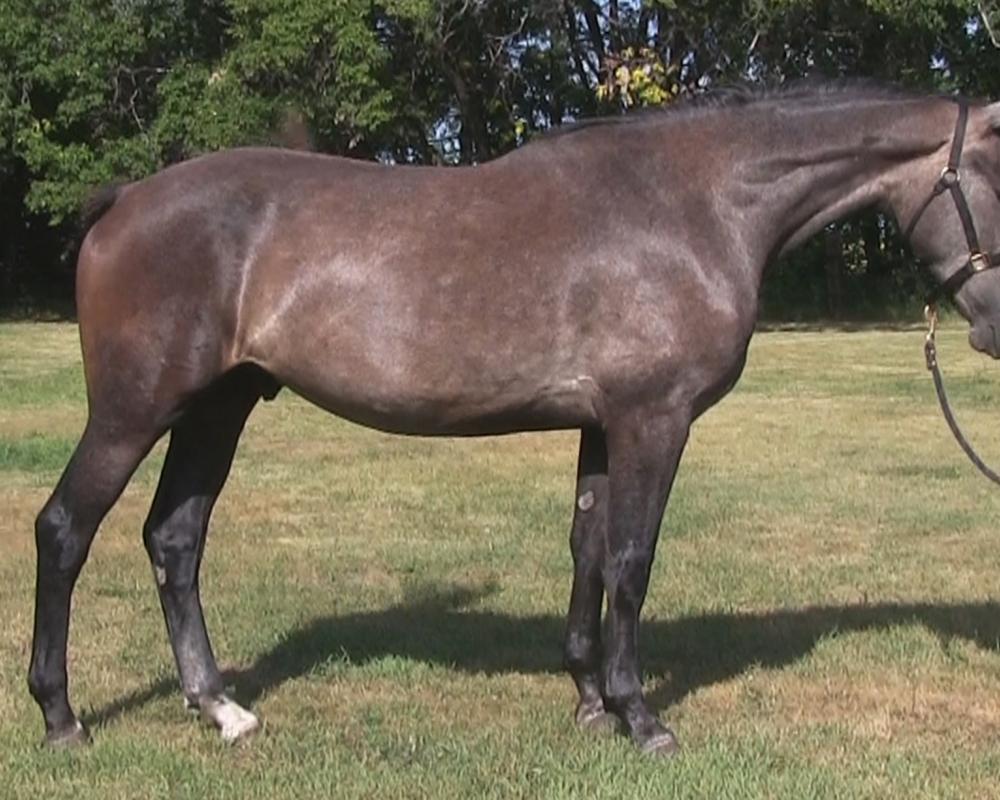 MARQUIS (“Oscar”) is a big, easy going, laid back fellow with a great character. He has lovely relaxed, elastic, supple movement for any discipline. Versatile bloodlines for both dressage and jumping through his sire, Odilon (by Inspekteur) and his dam, Bridget by Prestige VDL (Silvano x Goodtimes) out of a Weltmeyer mare. Registered with the KWPN-NA. 17 hh Feb. 20, 2020 coming 3 yrs. old, Oscar should mature to 17.1 hh or so.

Marquis’s sire, the imported Dutch stallion, Odilon, has been shown in dressage very successfully in Florida at Young Riders and was shown successfully by his owner, Jennifer Kirschman, in Prix St. George in Alberta, Canada. Odilon, like his sire Inspekteur, passes on his wonderful temperament and lovely movement to his offspring. Many of them can be found in the dressage & hunter rings.
Odilon’s sire, the Dutch dressage stallion, Inspekteur (by Darwin), won the dressage component of his stallion testing scoring 9’s in Behaviour, Character, & Trot. He also won many championships & European medals. At the Young Riders under Marlies van Baalen they were always at the top, twice with gold and once with silver. Inspekteur is known for producing exceptional movement and passing on his wonderful temperament.

Marquis’s dam, Bridget, is by Prestige VDL (Silvano x Goodtimes) out of the elite Hanoverian mare, Whoopi (Weltmeyer x SPS Las Vegas by Lungau). Whoopi is out of the Hanoverian Ambella 4191604 damline which has produced 15 stallions and multiple elite auction horses and foals, along with 18 horses awarded special prizes in Europe most within the last 7 years. Prestige VDL was champion of his stallion test. He competed with Edward Gal scoring 70%+ in international competition, & has been successfully competing at Grand Prix in Australia with Sheridyn Ashwood; winner of the Sydney CDI 2013 GP Freestyle. Prestige VDL is the sire of the approved stallion, Penthagon and many Premium and First Premium mares. His daughter, Beatrice VDL was selected out of approximately 1000 fillies of 2006 to compete in the KWPN National Foal Championships, finishing in 3rd place. His daughter, Ballerina was the top foal of her inspection, while another daughter, Bling, made the USA top ten foal list. Prestige VDL stamps his progeny strongly, producing powerful gaits, correct conformation and horses that move uphill with a lot of power from the hind leg with a strong canter. They are known for their willingness to work and unrivalled temperament and character.
The sire of Prestige VDL, Silvano, needs no introduction after starring with Ellen Bontje for the Dutch Team at the 2000 Sydney Olympics.