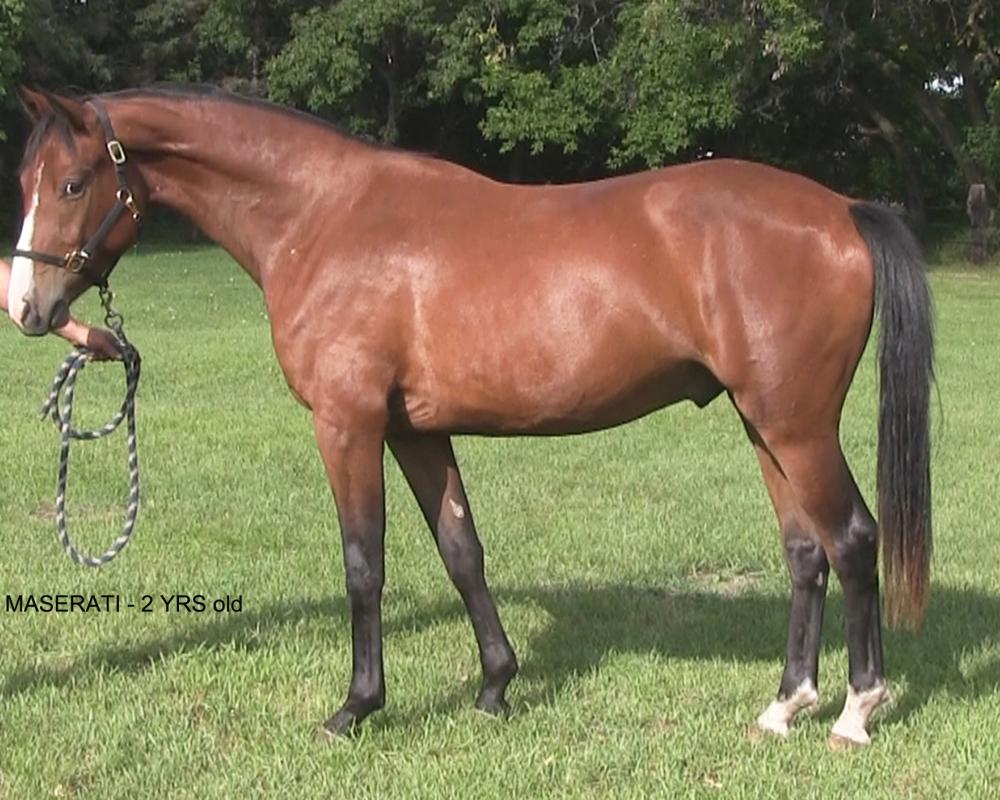 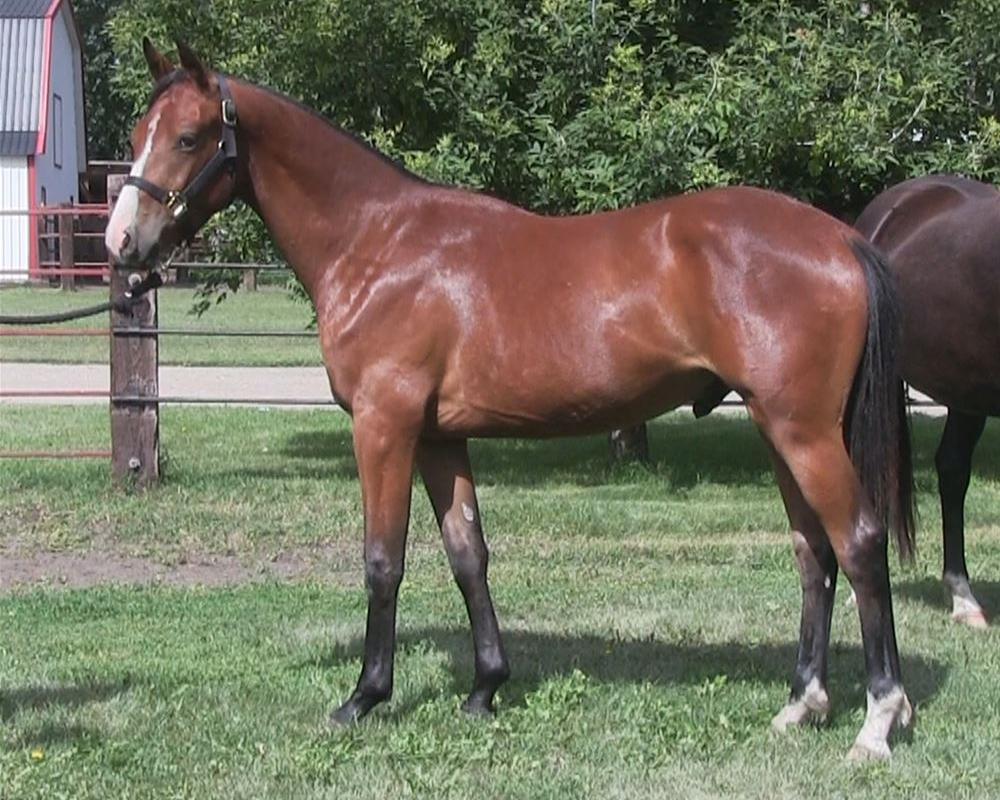 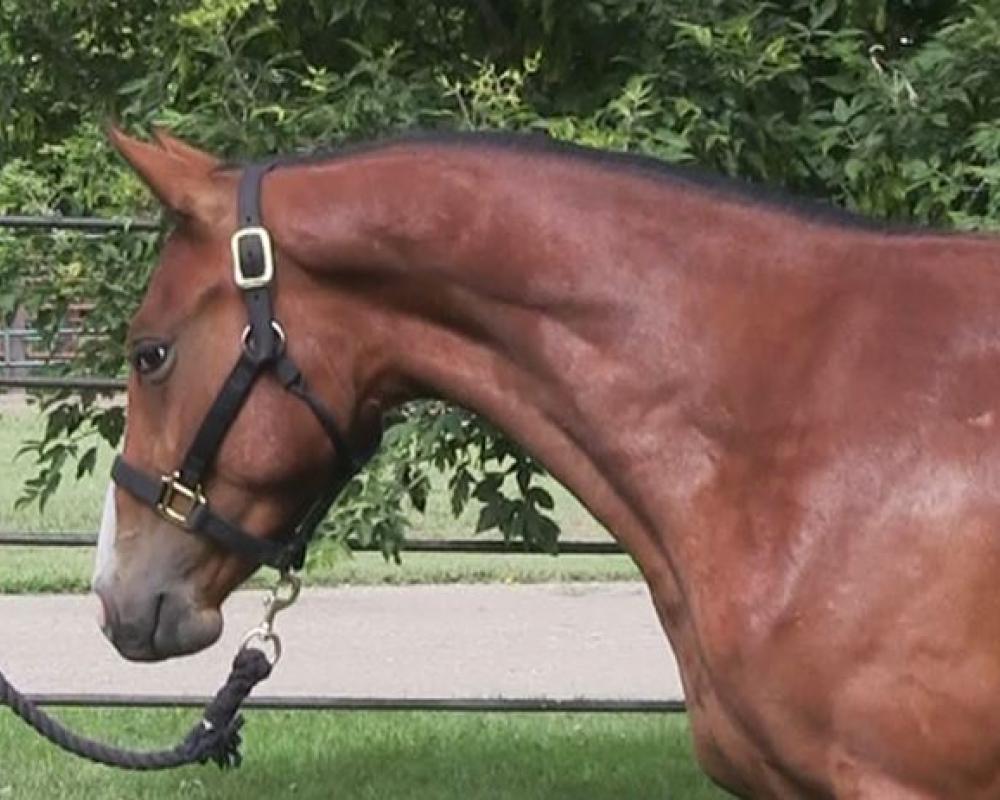 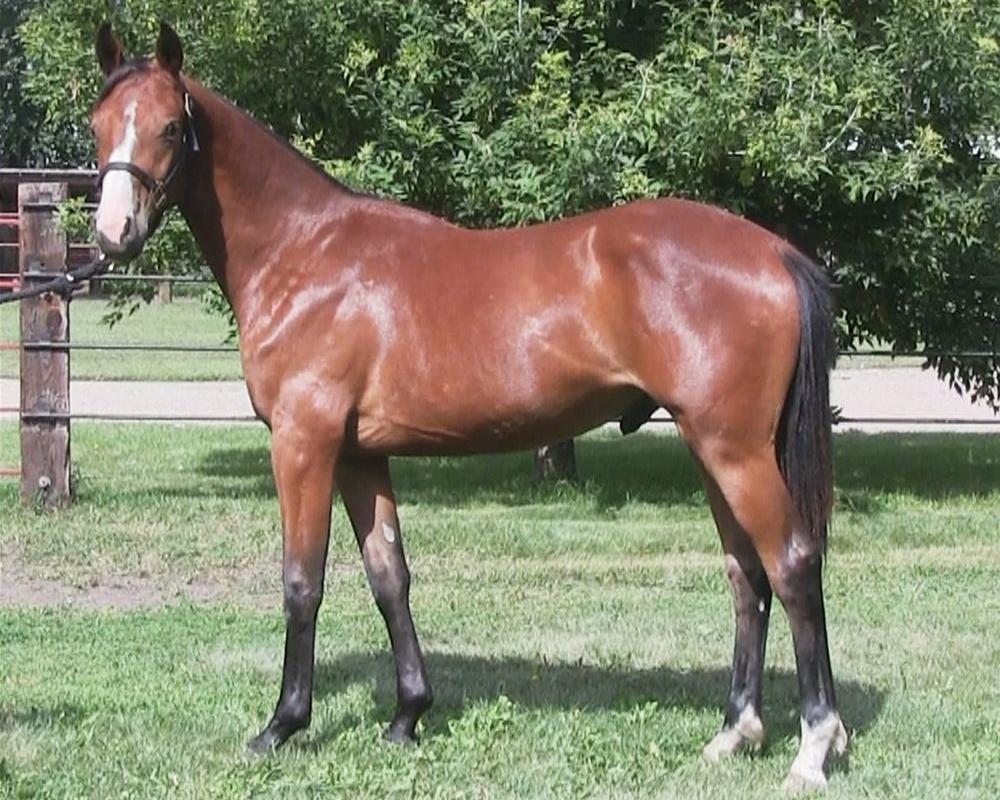 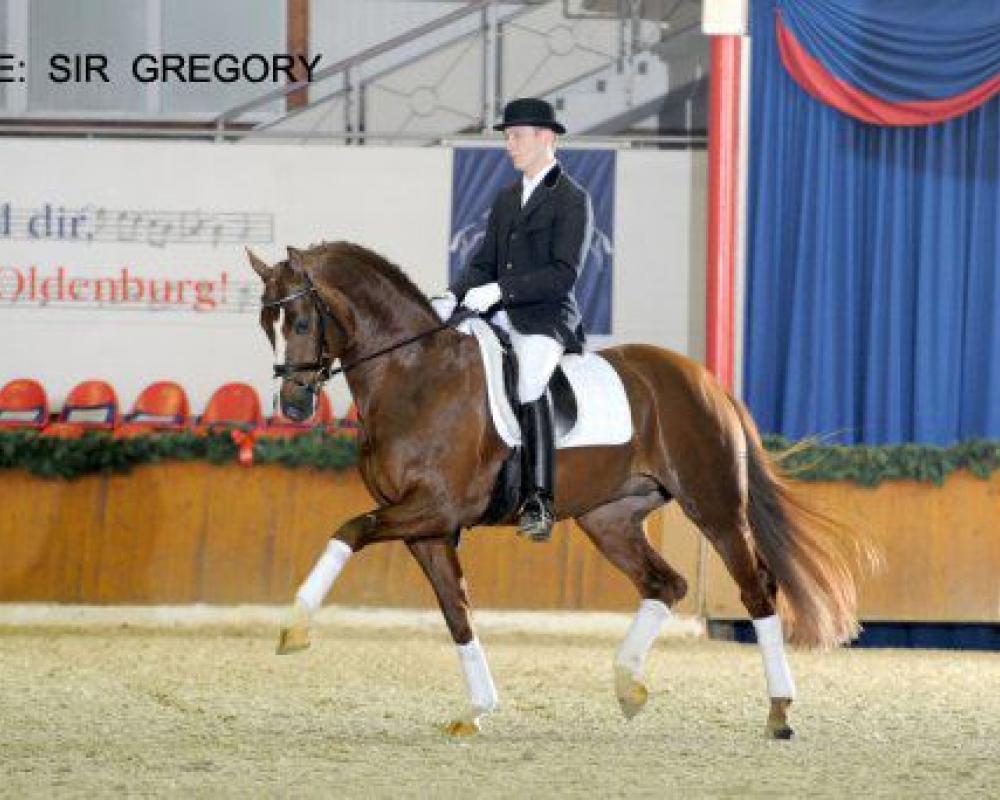 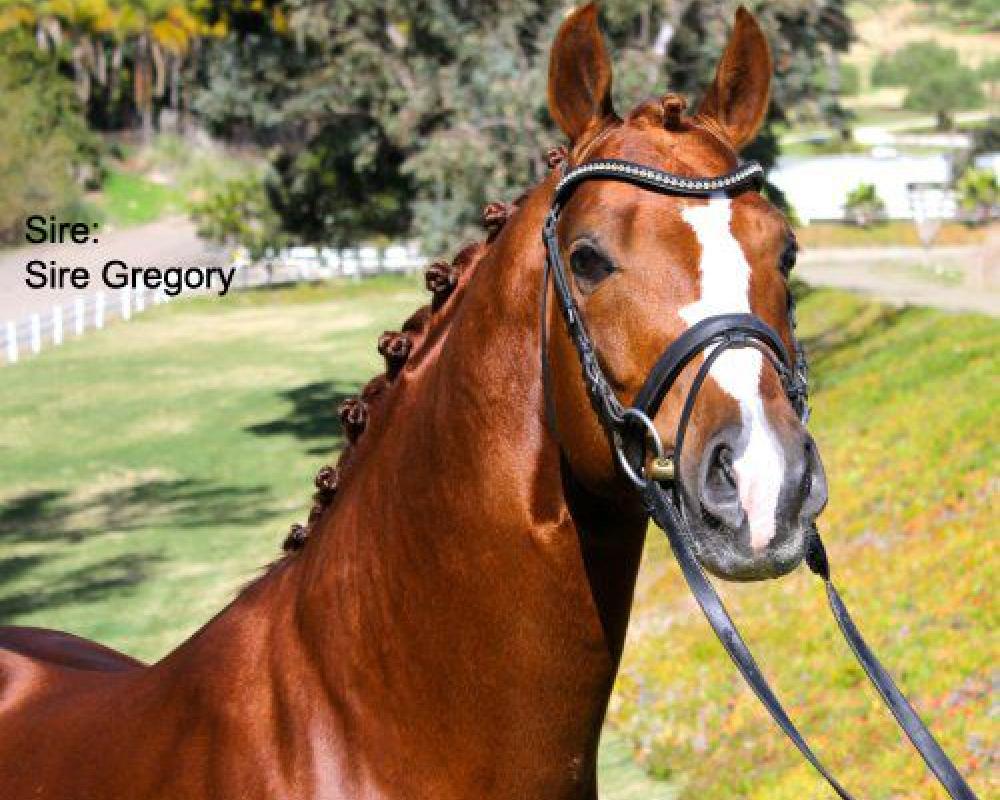 Maserati (“Reggie”) is a modern type, very handsome boy with lots of presence. Reggie is a lovely, elastic moving fellow who also displays talent over fences. He is very suitable for dressage or the hunter ring. He has been very good to work with, loves attention and insists on following you around and getting in the way when you are not paying attention to him. He is quite a character. Registered with the KWPN-NA he is medium sized fellow and should mature around 16 hh.

Reggie’s sire, Sir Gregory passes on his striking good-looks and beautiful head and neck. He has very correct conformation and powerful gaits, with a lot of elasticity along with very good use of the hind leg. A high percentage of his foals have been awarded “Premium” at their foal inspection. Sir Gregory also has a very good temperament; he is kind, smart and learns quickly which goes hand and hand with his high rideability. Sir Gregory's sire, Sir Donnerhall, was the 2nd reserve champion at the Oldenburg stallion licensing in 2003, he then went on to win his 70 day test at Adelheidsdorf in 2005 with a dressage index of 163. In 2005 Sir Donnerhall was named the "Hauptprämien" champion in Oldenburg. In 2006 Sir Donnerhall was the reserve champion at the 2006 World Championships for young dressage horse in Verden, and then was the Bundeschampion for 5 year olds dressage horses in Warendorf, Germany. In 2008 Sir Donnerhall had the highest index of dressage stallions with 182 points. Sir Gregory's dam, Premiere, is also the dam of two State Premium mares, a 2004 approved stallion, Don Romio. Following Sir Gregory, Premiere went on to produce a 2008 licensed stallion sired by Sandro Hit who was also the second highest selling dressage stallion at the stallion auction following the licensing in Oldenburg (second only to the dressage licensing champion). Premiere's sire is the successful Grand Prix dressage stallion Don Gregory. Don Gregory was not only a successful dressage competitor but is also a highly sought after sire. He has sired numerous licensed sons, champion stallions, State Premium, Brilliantring and Champion mares, top auction horses, Bundeschampions and World Champions.

Reggie’s dam Sorrenta was imported from Holland and is a beautiful mare with impressive movement. She is by the Dutch dressage stallion, Inspekteur (by Darwin) who won the dressage component of his stallion testing scoring 9’s in Behaviour, Character, & Trot. He also won many championships & European medals. At the Young Riders under Marlies van Baalen they were always at the top, twice with gold and once with silver. Inspekteur is known for producing exceptional movement and passing on his wonderful temperament. Sorrenta’s dam sire, Makelaar is a top dressage producer in Holland with 3 Grand Prix Offspring.