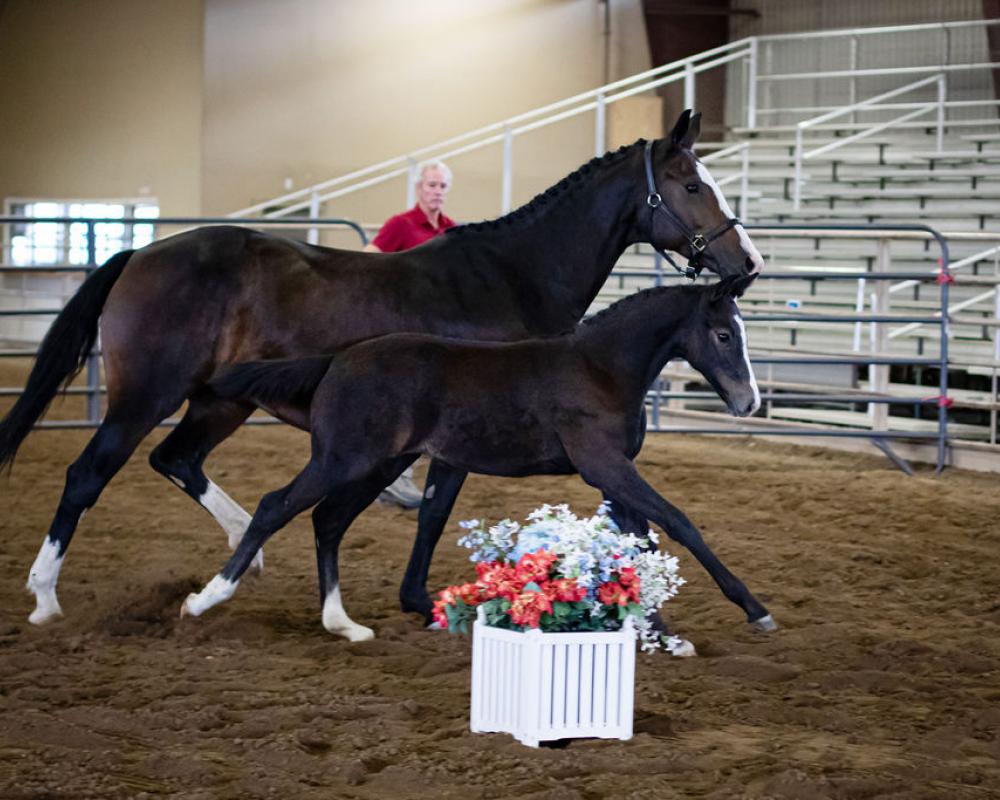 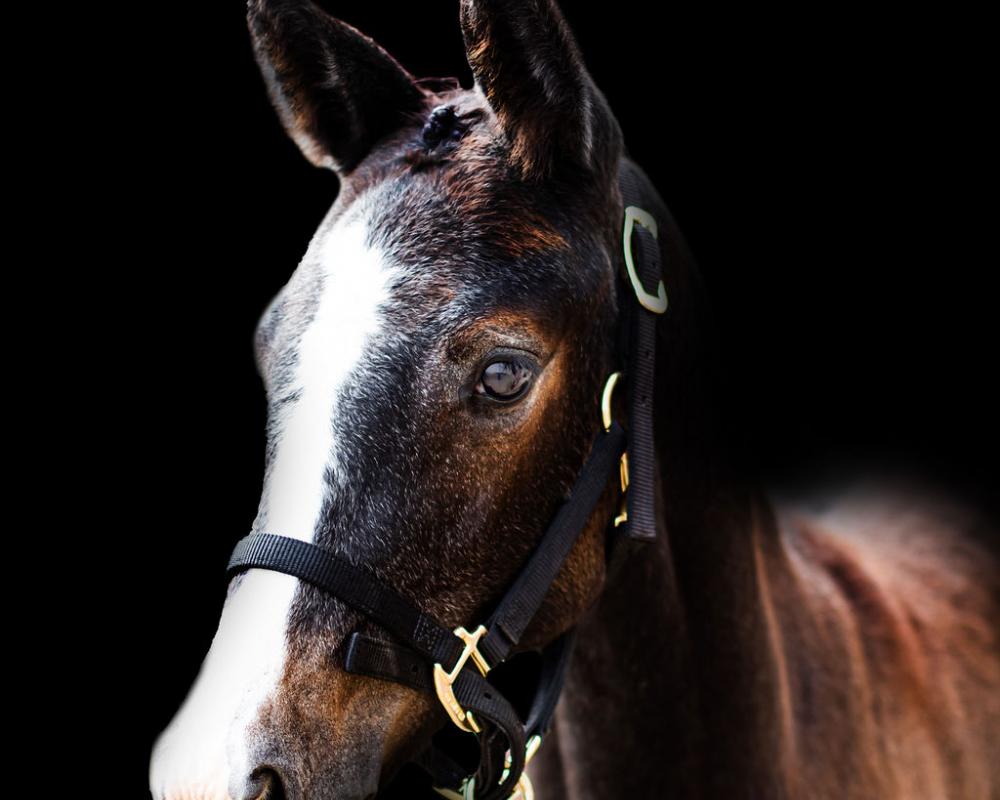 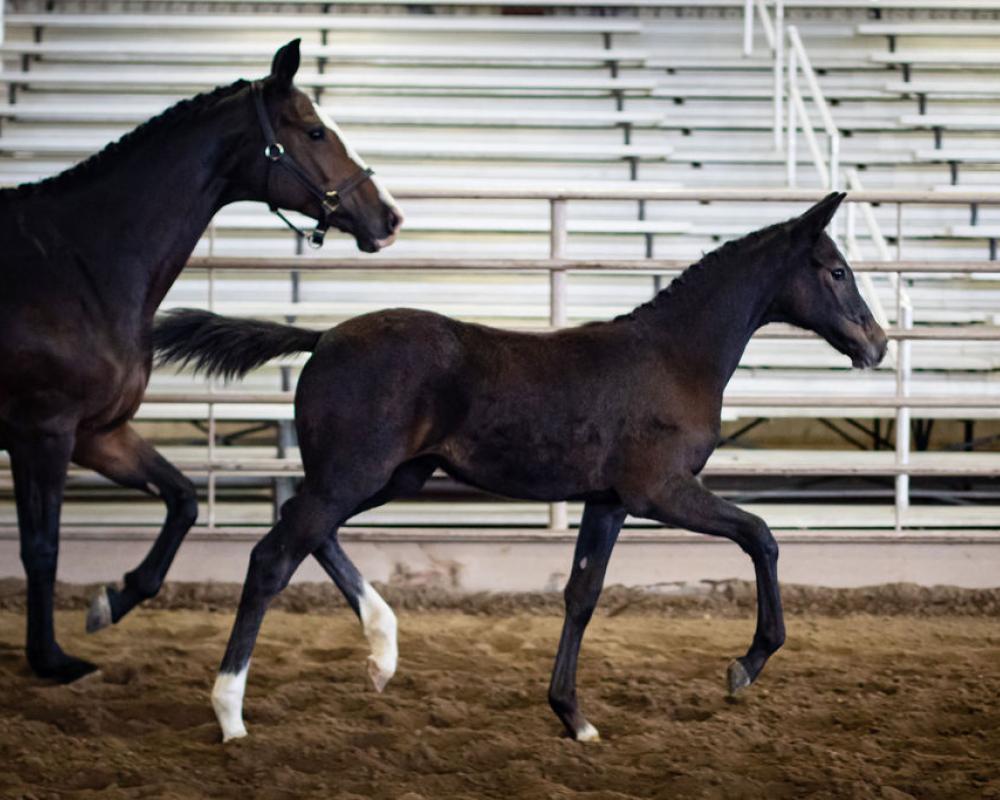 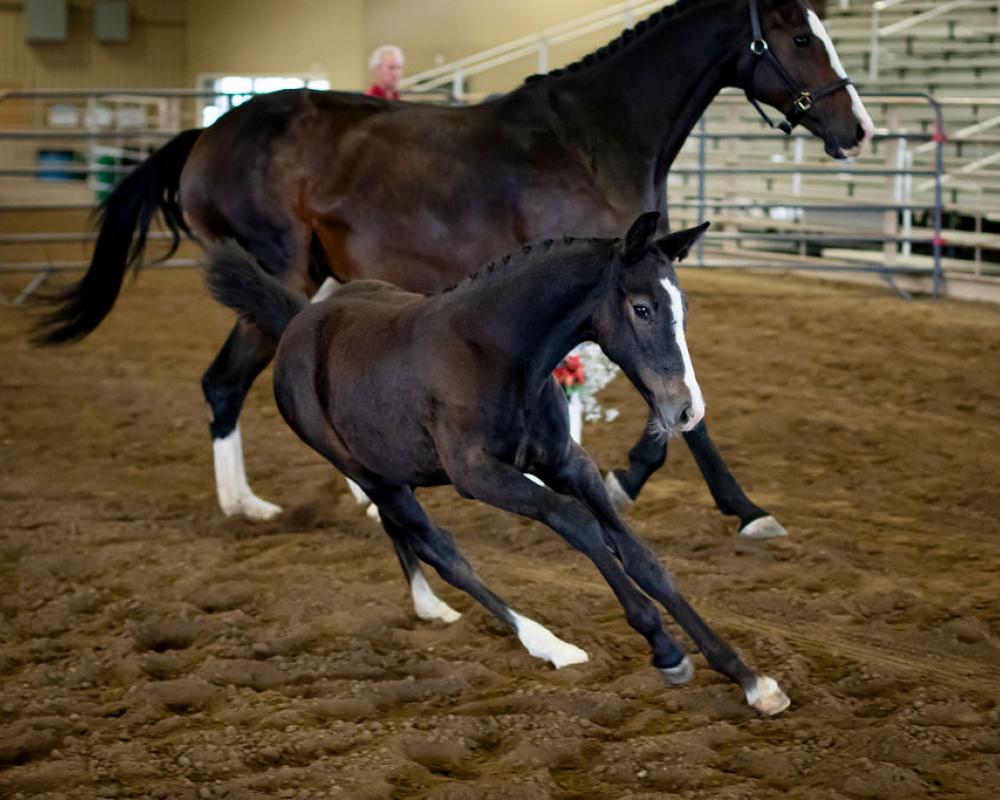 Miata is a 2019 Premium Holsteiner filly by Cassini II out of Elieta (Riverman/Ariadus).

Sire: Cassini II’s progeny are modern in type and show great jumping potential. Many of his offspring qualified for the German Championships (Bundeschampionart) in Warendorf in 2005 & 2006. In 2005 one of his numerous licensed sons Camargue was sold for €230,000 to Denmark. In 2007 eight of his sons made the final selection for the stallion licensing and three were licensed. Cassini II produced the best jumping horse of the Elite Riding Horse auction in Neumunster in 2004, Caress, a mare which sold for €105,000 to a well known sport stable in Germany. Caress under the name of Ophelia, along with Cassius and Centurion are top jumping horses and are amongst many who are proving his worth as a sire of jumping horses.

Dam: Elieta has also shown as a Young Event Horse, scoring Reserve Champion as a 4 year old at Rebecca Farm and continuing on to show in the West Coast Championships and several local shows before coming home to breed her and grow up more. Miata is her first filly but she will hopefully be headed back to the show ring even though she is an incredible mother! Elieta is a very talented jumper, bold and brave and completely loves the cross country course. In show jumping she refuses to touch a rail and judges' comments have included "This youngster could do grand prix dressage". Multi talented and gorgeous!! Elieta is a (MPT), mare performance tested, Premium mare who was Reserve Champion of her Holsteiner Approvals with the American Holsteiner Horse Association.

Miata has the bloodlines to be a top prospect for multiple sports. She also is inquisitive, brave and strong popping up very fast upon birth and being incredibly balanced even as a newborn. She is currently a very dark bay and may turn grey although her granddam and dam are both dark bays with a lot of white hairs but never greyed out. She is always the first foal to come up for scratches and love and has a very sweet personality. Registration is pending DNA and name selection with German Verband NA