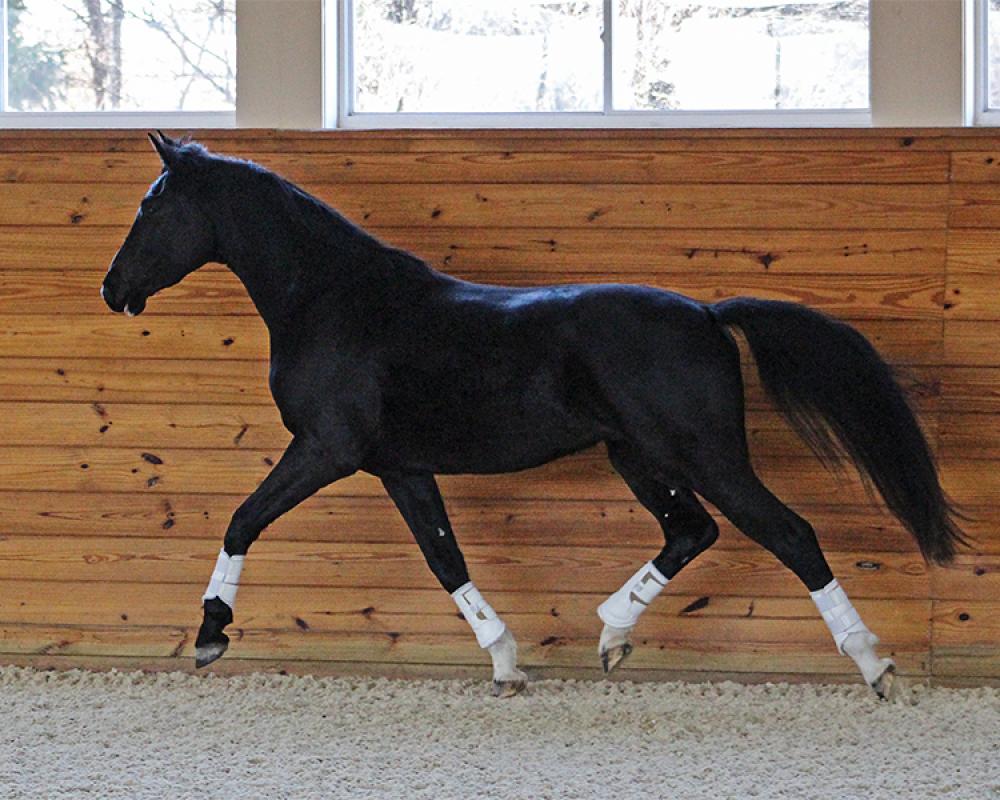 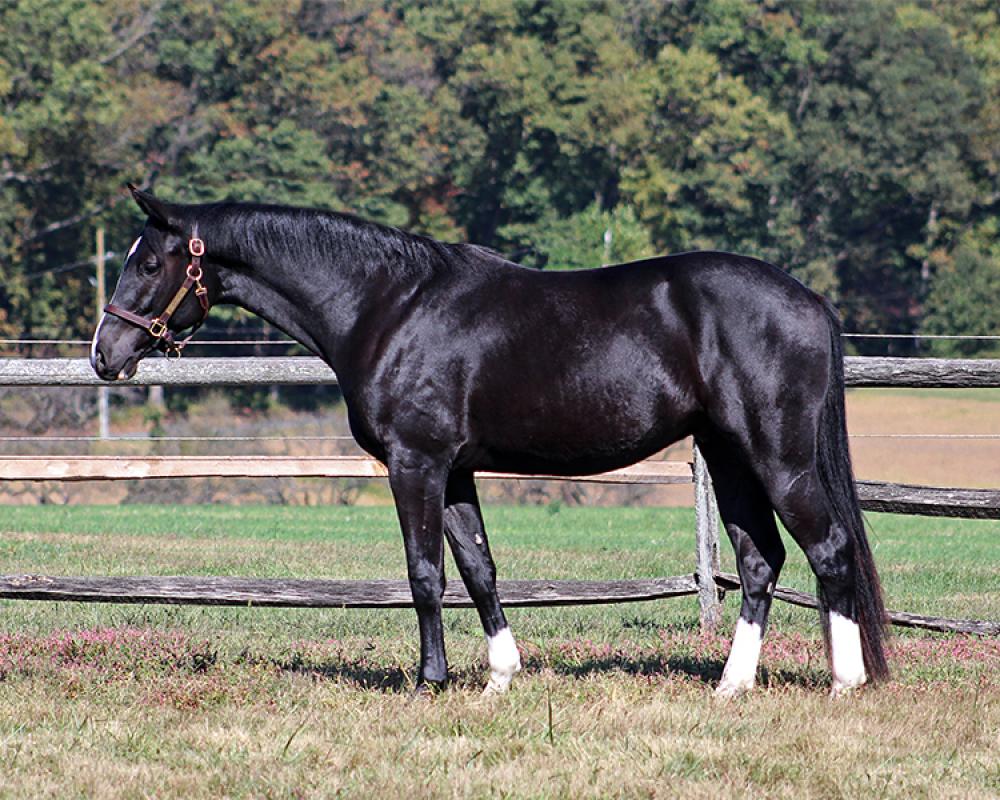 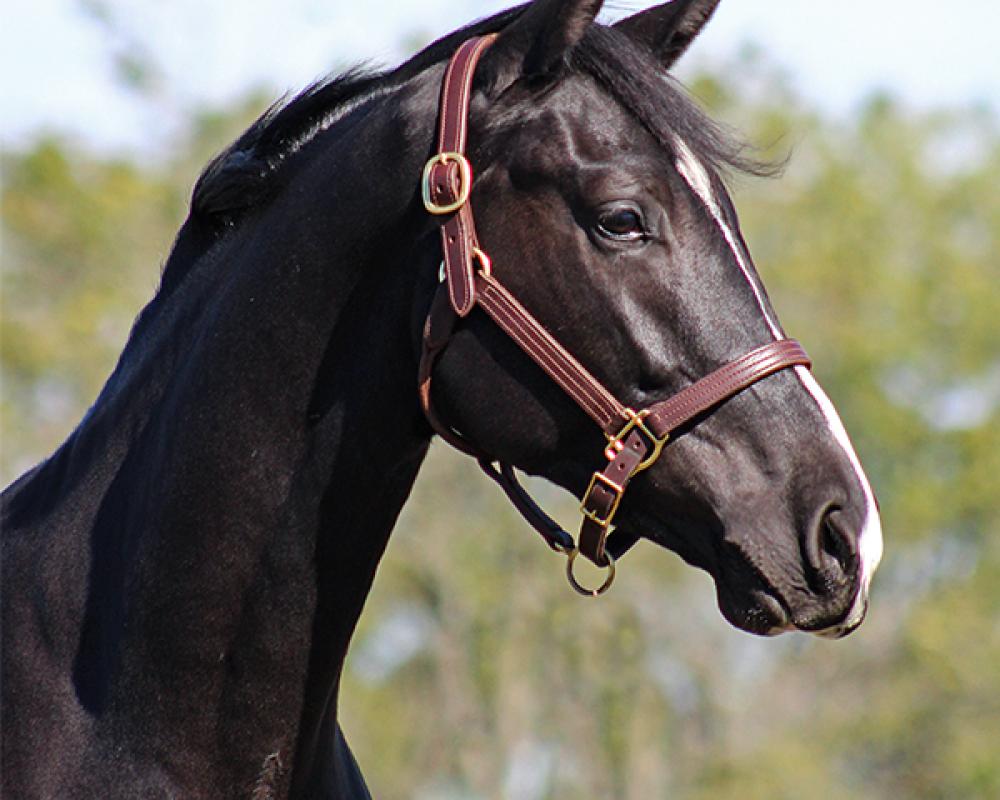 Montango ISF is a handsome, true black 2017 KWPN gelding sired by Contango, Preferent and out of Bicara, Elite, IBOP by Sorento. At his KWPN Keuring as a foal, Montango was designated 1st Premium with good scores on both his gaits and quality of conformation. A full brother was named Champion Foal at Dressage at Devon and has gone on to a development home with an FEI rider. Handled professionally since birth, Montango is an interesting performance prospect with his eye-catching good looks, good movement, and solid pedigree. He is currently 15.3 ½ hh as a coming three-year old. Radiographs available.

Sire Contango stood as one of the rare Preferent stallions in North America, an honor awarded by the KWPN to stallions that produce offspring with exceptional qualities in movement and conformation. A legend in his own time, Contango competed successfully as a Grand Prix Show Jumper and subsequently won over 30 Grand Prix Dressage classes, including at Dressage at Devon. Contango’s sons and daughters inherit their sire’s athletic ability, gaits, and versatility, and have been successful up to the FEI levels – including the Olympic horses Ravel and Caravella.

Montango is out of the mare Bicara, Elite, IBOP, a daughter of the Grand Prix stallion Sorento and the Elite, Sport mare Sicara by Florestan I. Prior to importation, Bicara had a successful performance career with multiple wins at Z2 level (equivalent to 3rd/4th) in Europe. Bicara has also had a number of first place finishes in hand, including being named Reserve Champion Mare at Dressage at Devon in 2014. She has been a top producer for the ISF program with a number of 1st Premium offspring that are now starting their under saddle careers. The damline has presented a number of top performance horses, including the International Grand Prix horse U-Caro.