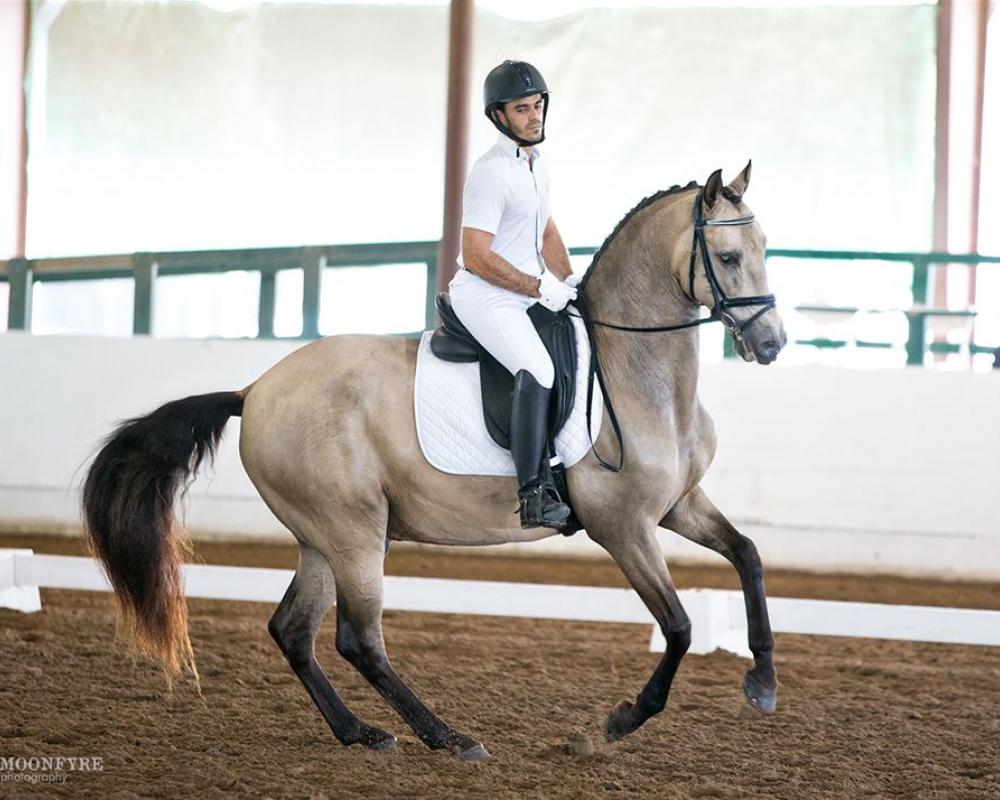 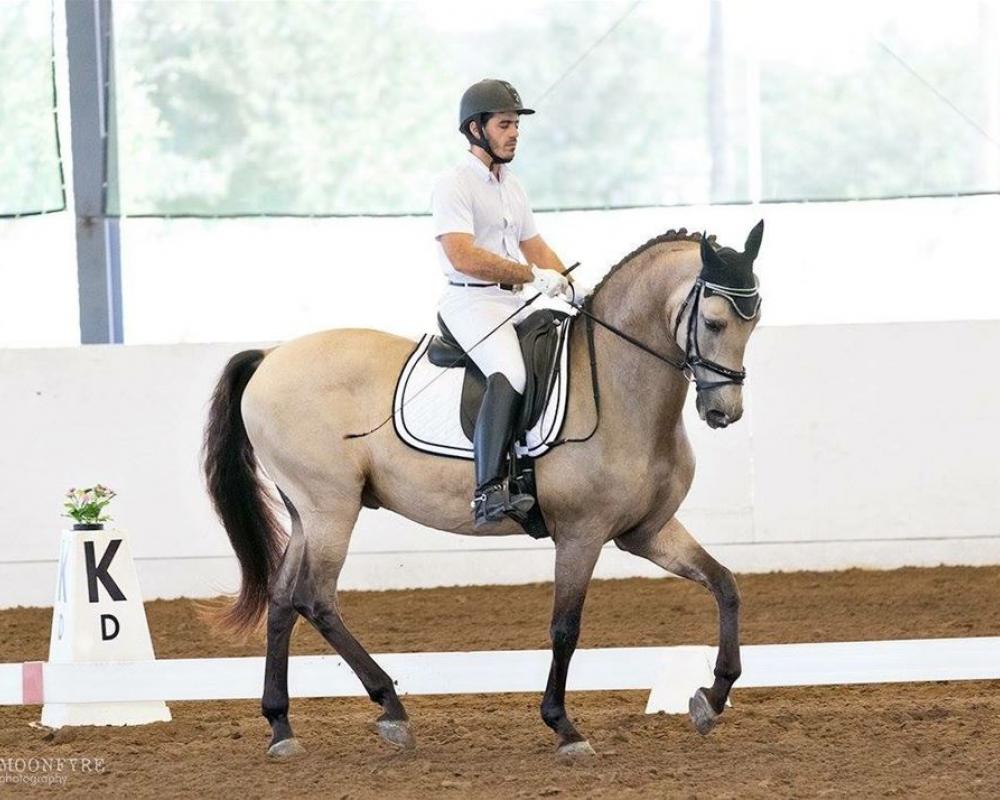 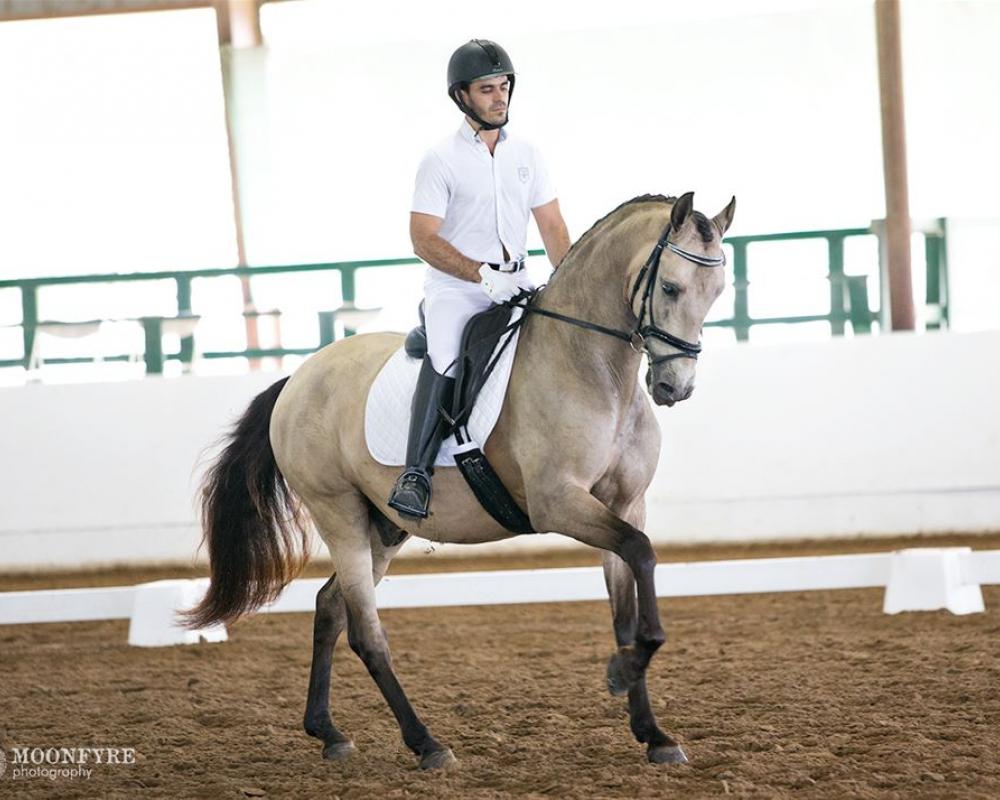 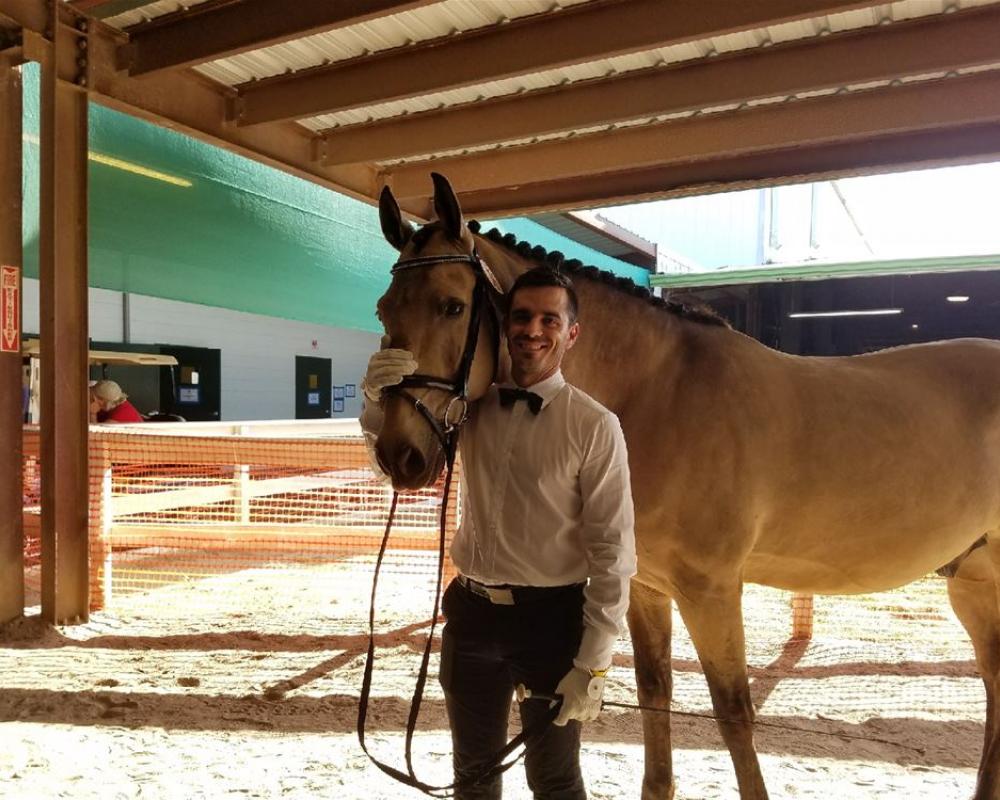 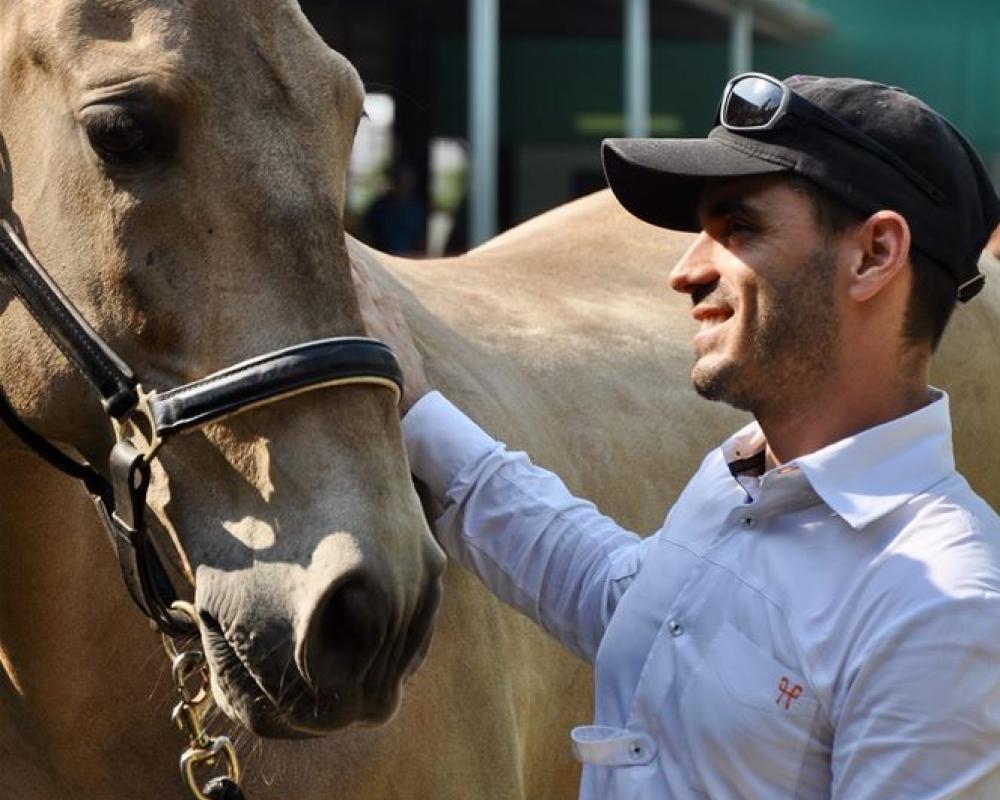 Montesol, a 2005 Lusitano gelding by Judo, was imported from Spain in February 2017. He competed in CDI Small Tours in Spain in 2014 and was National Champion (Gold Medal) at FEI Intermediate 1 the same year! In May 2017 he started his Grand Prix career and has been shown lightly in Region 9, obtaining scores up to 71.5% and even winning the class at his second show at this level.

Montesol is very easy and straightforward, he can even do all the Grand Prix movements in a snaffle! He shows a lot of ability for all collected movements, as many horses of his breed do. He has a very sweet personality and excellent ground manners, is experienced on the trails, and is also ridden by an Adult Amateur (First Level) on a weekly basis. Montesol has a great heart, is 100% safe, and would make a perfect schoolmaster for an Adult Amateur, Junior or Young Rider. It is a very rare opportunity to find a horse that has proven competitivity and who is also easy and safe to ride.

Montesol has never had any maintenance or history of colic, he is an easy keeper, and has X-rays on file dated February 2017. He is currently insured with a loss of use clause, hence had an extensive vetting done recently.