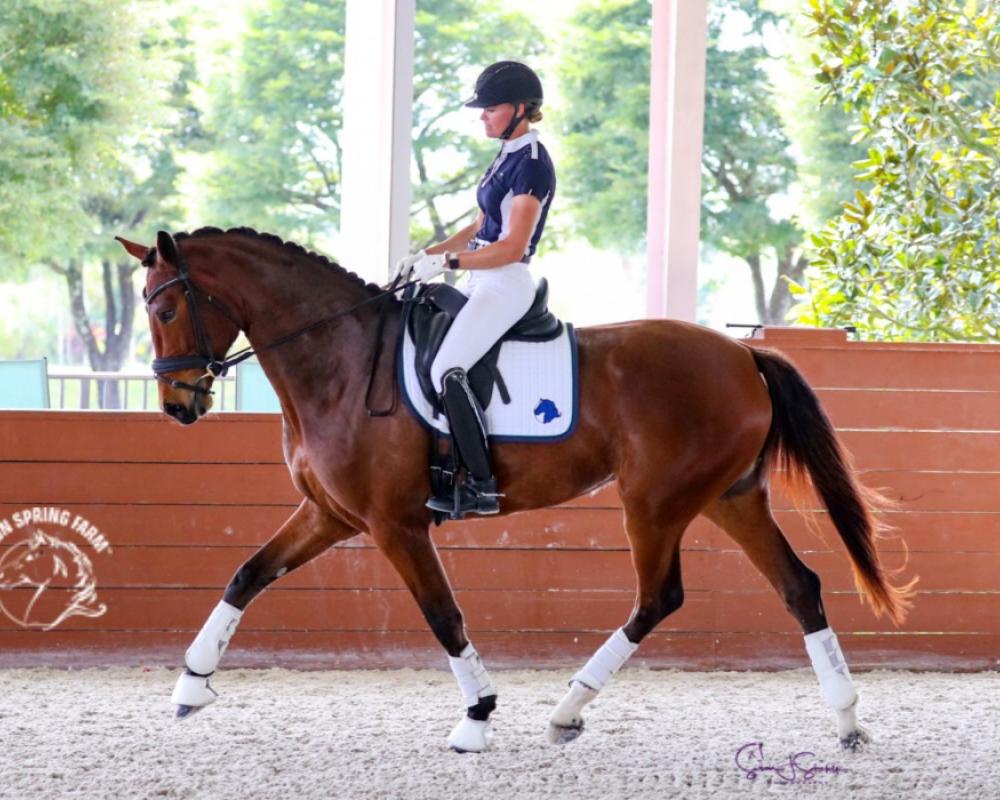 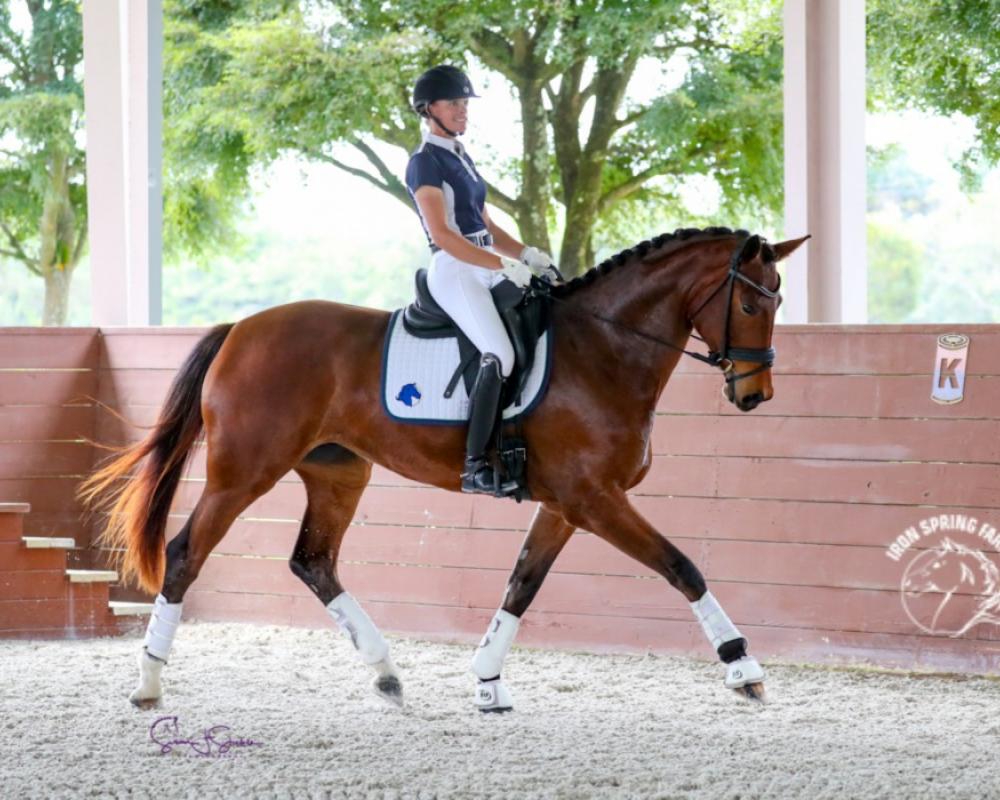 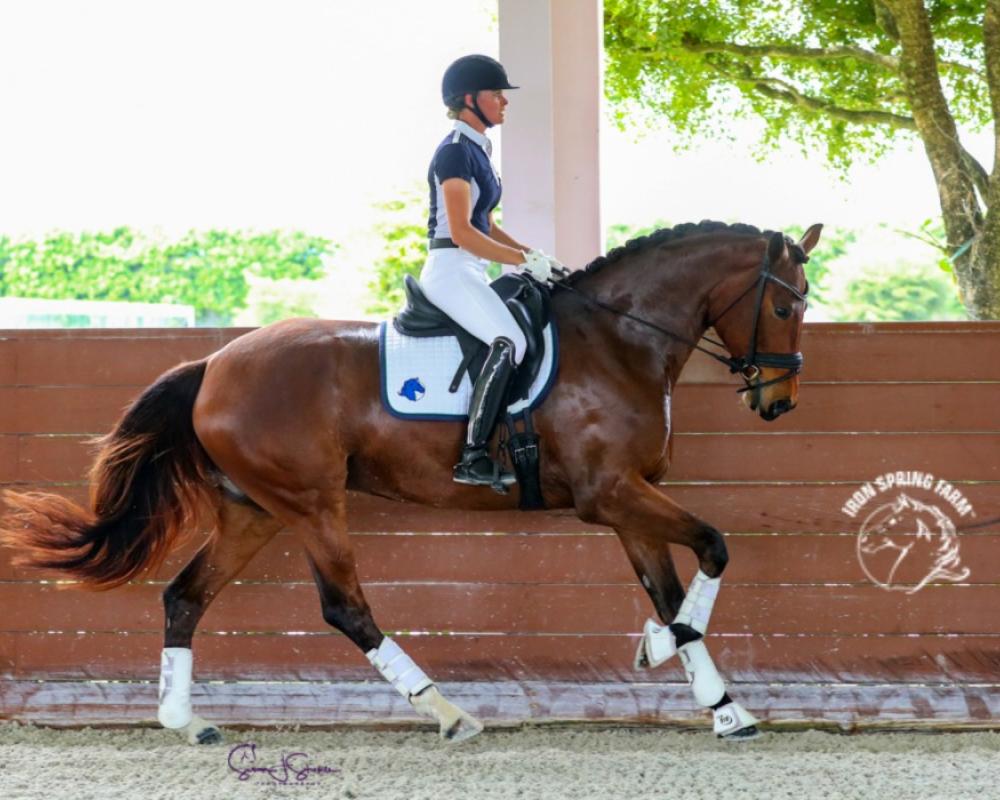 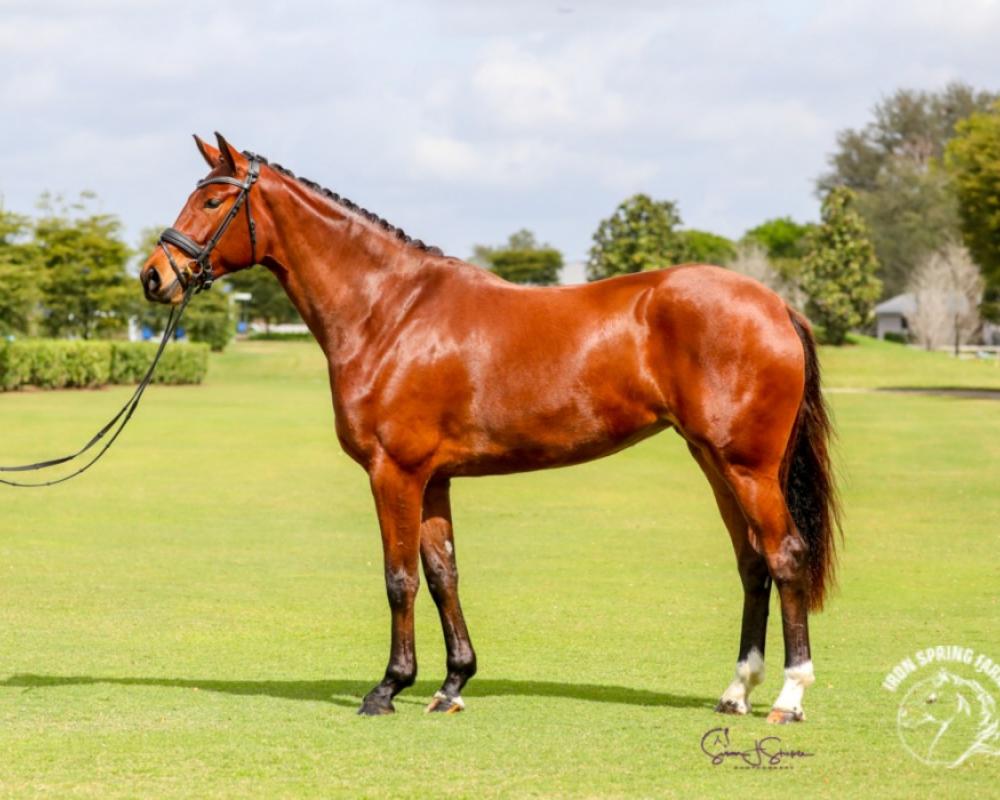 Nienke A is a charming 16.3h 2018 KWPN mare by Daily Diamond and out of Fenna A, Elite/IBOP, by Lord Leatherdale. Well-developed, long legged, and modern in her type, Nienke A has a solid pedigree that would pique the interest of any serious breeder with a blending of the best Dutch and German bloodlines available. Under saddle, this mare shows a workman-like attitude with good balance through the body and a nice feel in the connection. Nienke A is as sweet as they come and easy to work around in the barn with no vices. Due to radiographic findings, she is currently offered as a lower-level Dressage horse or as a top-quality broodmare prospect with a breeding to an ISF Warmblood stallion included in her price. Located in Wellington, FL.

Daily Diamond is sired by the PSG/I1 successful performance horse Daily Deal, a son of the important breeding stallion and international Grand Prix horse Diamond Hit. His dam Fairytale, sired by World Young Horse Champion Fürst Heinrich, also produced Damon’s Dream who was named Bundeschampion of the Three-Year-Old Riding Horses in 2013 with a 10 on the trot and a 9.5 on the canter. Daily Diamond was initially licensed in Verden in 2014 and was later approved by the KWPN after winning the 2015 KWPN Autumn Stallion Performance Test with 87.5 points. Noted for his elasticity, attitude, and quality of movement, Daily Diamond has shown through 4th level and is preparing for PSG. He is a consistent producer of expensive auction foals as well as sons accepted for the KWPN stallion performance testing, including the approved Lord Diamond.

The dam Fenna A, Elite/IBOP, is a daughter of the popular breeding stallion, FEI horse, and Grand Prix-trained Lord Leatherdale. Originally licensed at the 2005 Westphalian licensing in Münster-Handorf, Lord Leatherdale made a name for himself as a producer of numerous successful offspring including PAVO Cup winners, World Young Horse Champions, and Grand Prix horses. Fenna A is out of a daughter of the Grand Prix horse Negro, Preferent, who is most famously known as the sire of World and Olympic Champion Valegro. The cross of Lord Leatherdale on Negro mares is a proven nick, having provided World Champion and 2021 KWPN Horse of the Year Glamourdale as well as Olympic Bronze medal winning Grand Prix stallion Everdale.