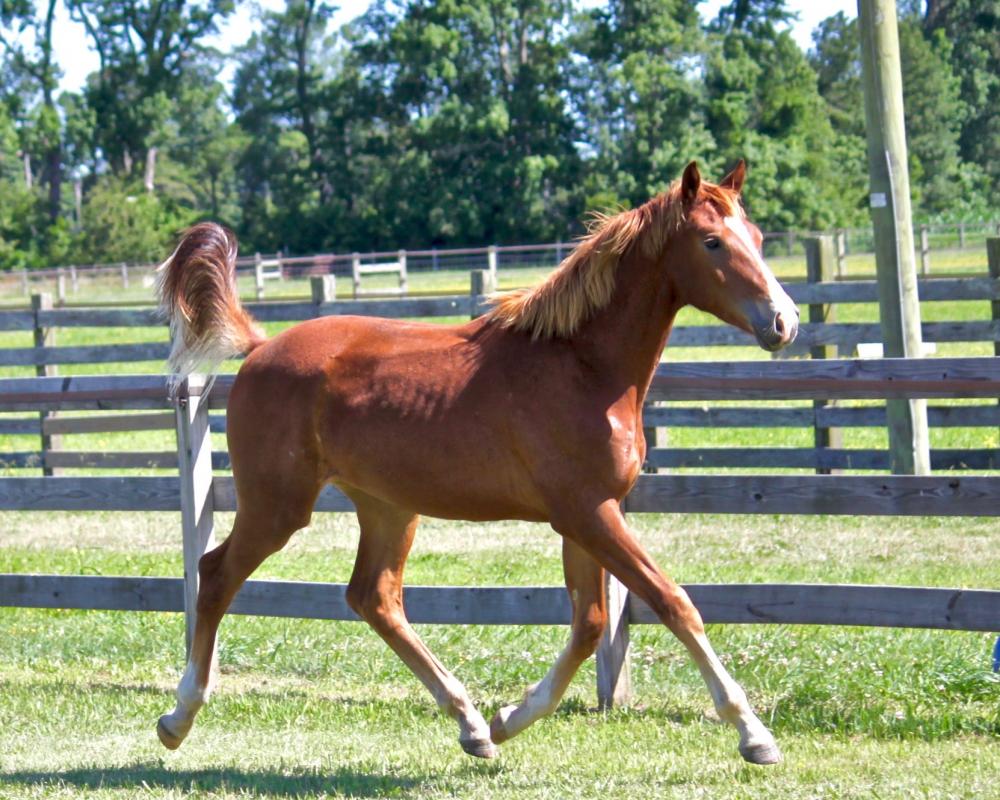 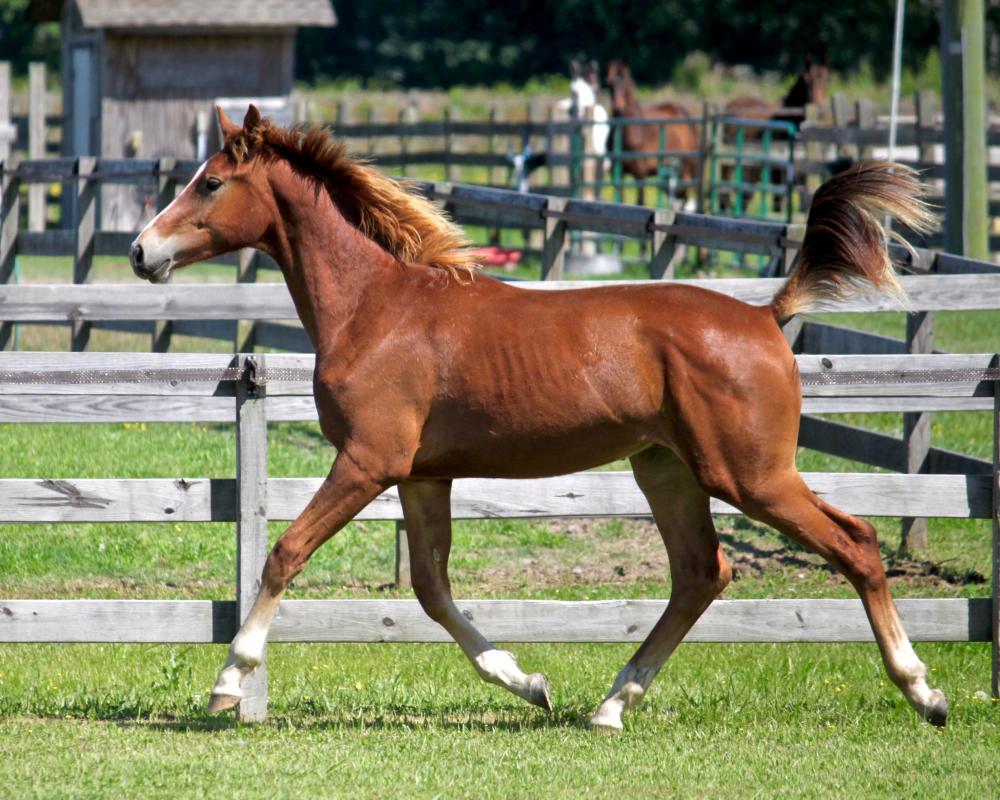 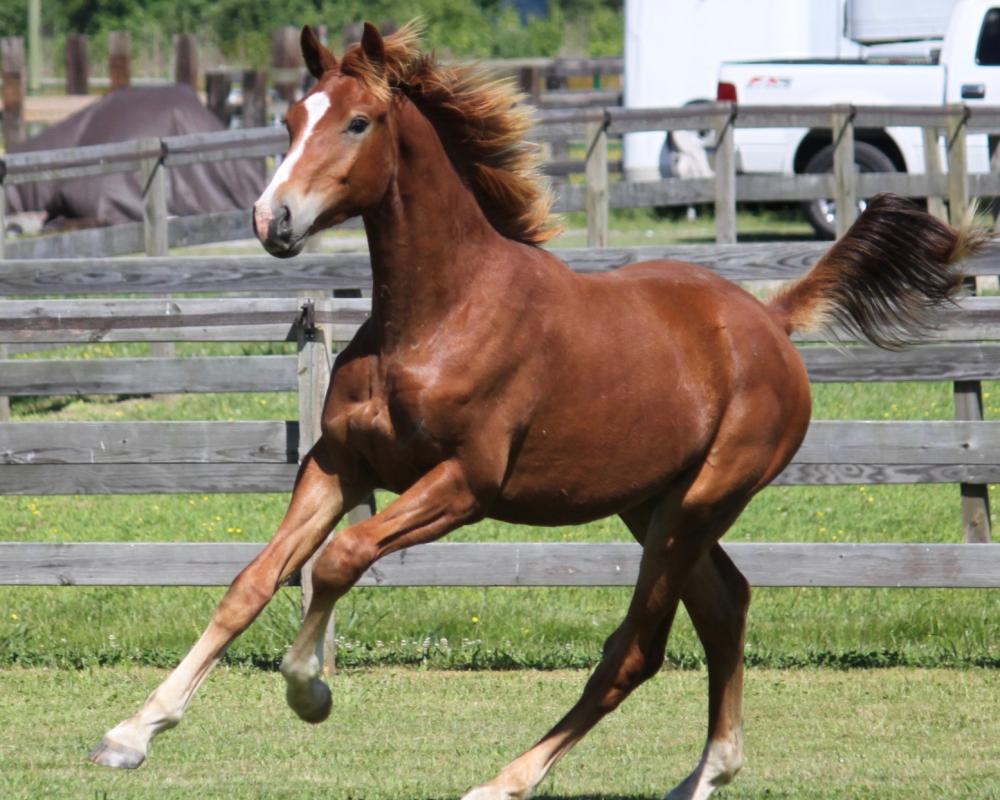 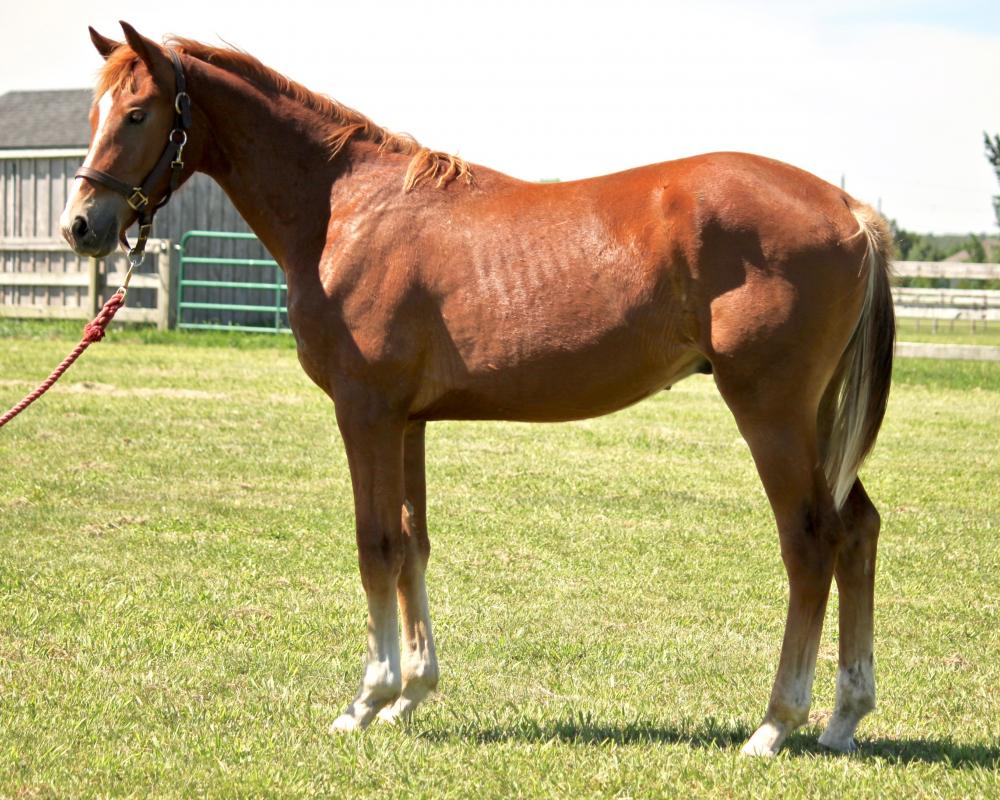 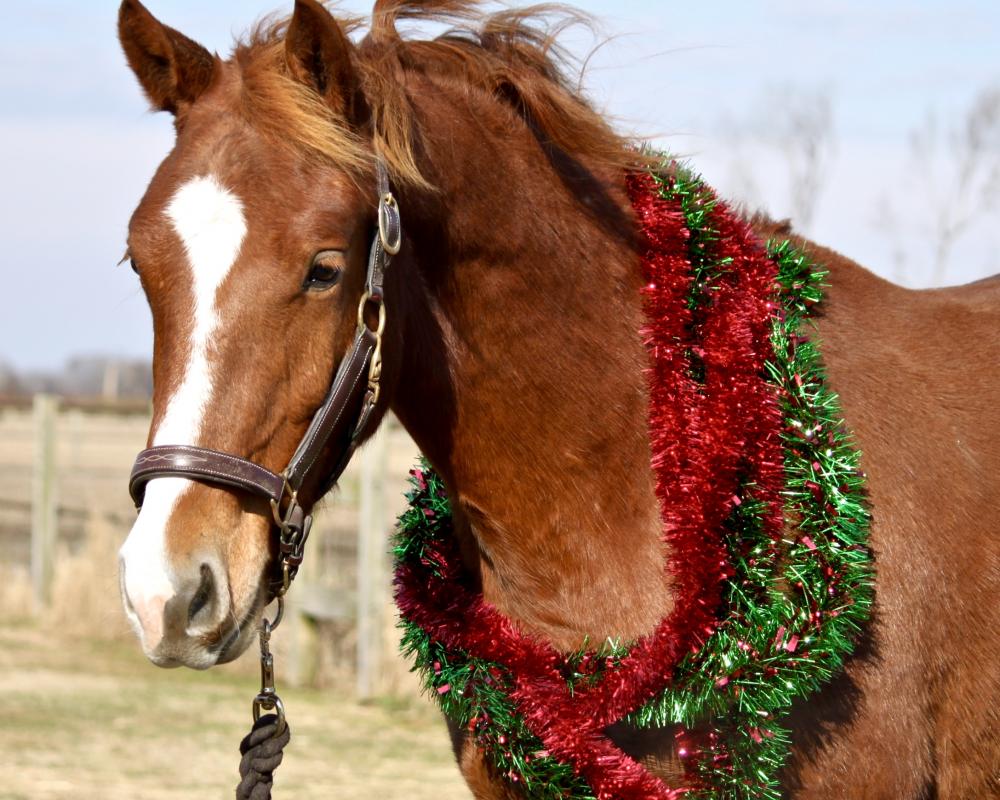 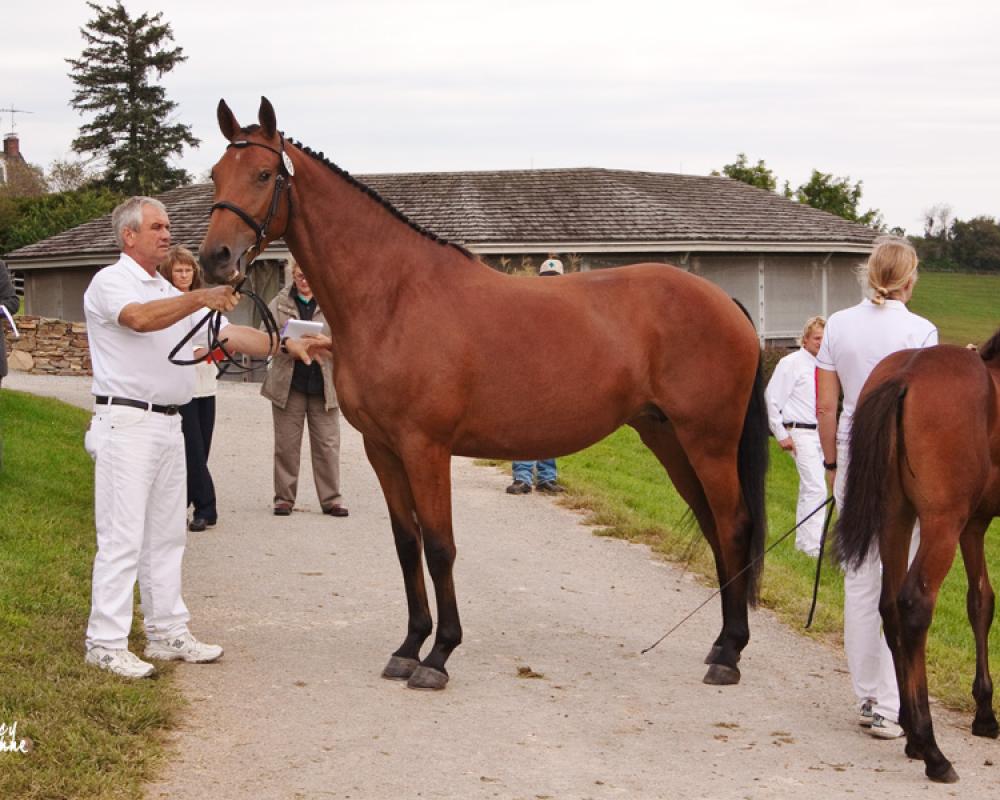 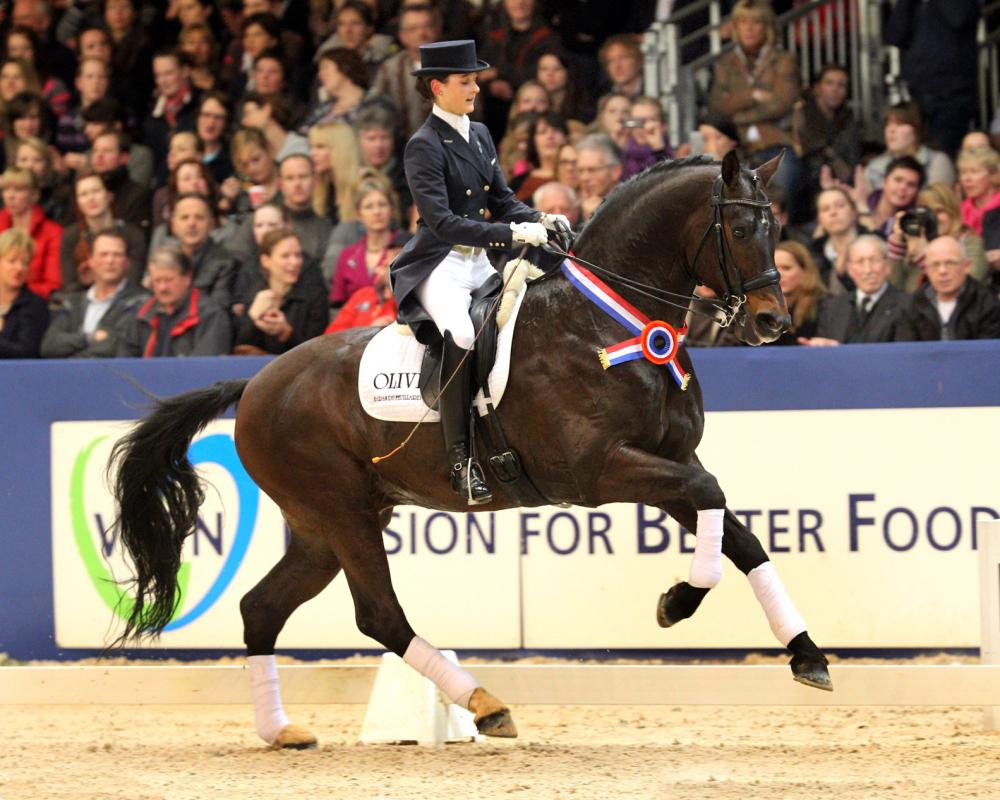 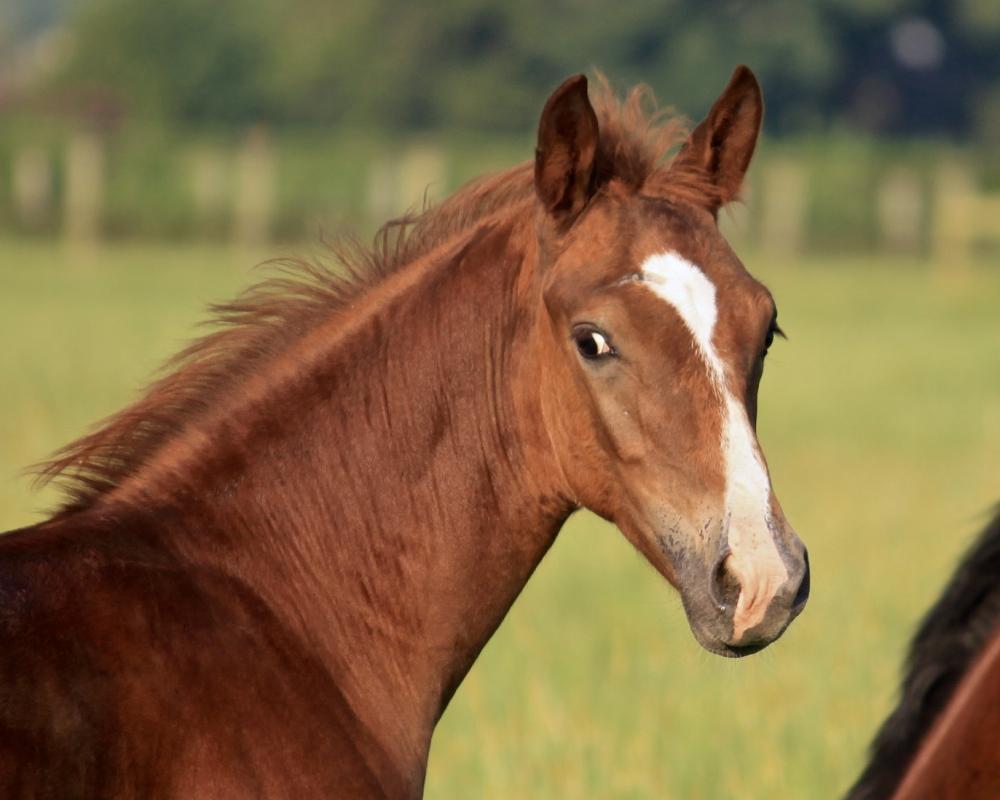 Want to stand out in the crowd? Want a horse that is confident, flashy, fun-loving and with a pedigree packed full of top classical dressage stallions? This charismatic rising two year old by Olivi (Jazz/Aktion) out of a Sir Sinclair mare is exactly that. He was born in 2018, received First Premium status at his KWPN-NA keuring as a weanling, and will be ready to start doing basic under saddle work next spring. Nolivi loves his people. He is confident, bold and as sweet as they come! His quality movement will make quite a statement in the arena, and his cool temperament will make him tons of fun both in the barn and under saddle! Successful dressage horses stack both sides of his pedigree... with his grandsire Jazz, one of the most significant dressage sires in modern dressage breeding; his sire Olivi, no stranger to Grand Prix and the WBFSH top sire rankings; and his dam sire Sir Sinclair, well known for passing along movement, talent and temperament to his offspring.

Nolivi's dam, Aloha S.E., is one of our most highly regarded broodmares. As a 5 year old, Aloha was the North American Champion of the DG Bar Cup for the KWPN-NA Keuring Tour. She has had foals that ranged from reserve national champion, site champion and first premium. Her oldest son by Jazz (owned and ridden by Amy Miller of Amy Miller Dressage) is currently schooling Grand Prix, was ranked 12th in the country for Intermediare 1, and has been on the USEF Developing list for several years in a row now. Nolivi's grand-dam, Kadence by Wanroij, is one of the few mares in the US that have been awarded Preferent status by the KWPN. Her influence is passed down to several generations of offspring that are currently competing successfully as top levels of dressage.

We are super pleased with how this youngster is developing. Expecting him to reach between 16.2 - 17 hands, this big-boned boy will be perfect for a competent Adult Amateur rider working alongside a trainer, or a great investment horse for a trainer looking to start and sell later! A super fun, up-the-levels kind of guy with a willing attitude! With jumping also in his pedigree, Nolivi can be the perfect all around horse for someone to really enjoy partnering with! Affordable young horse board available until he is ready to go under saddle.