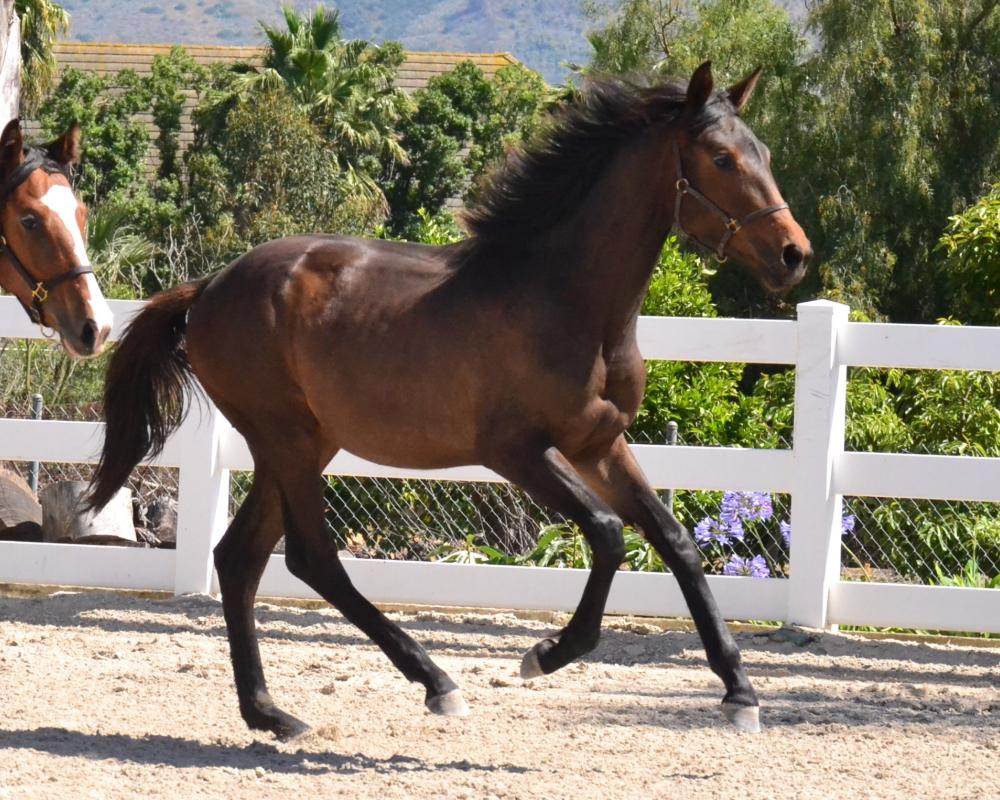 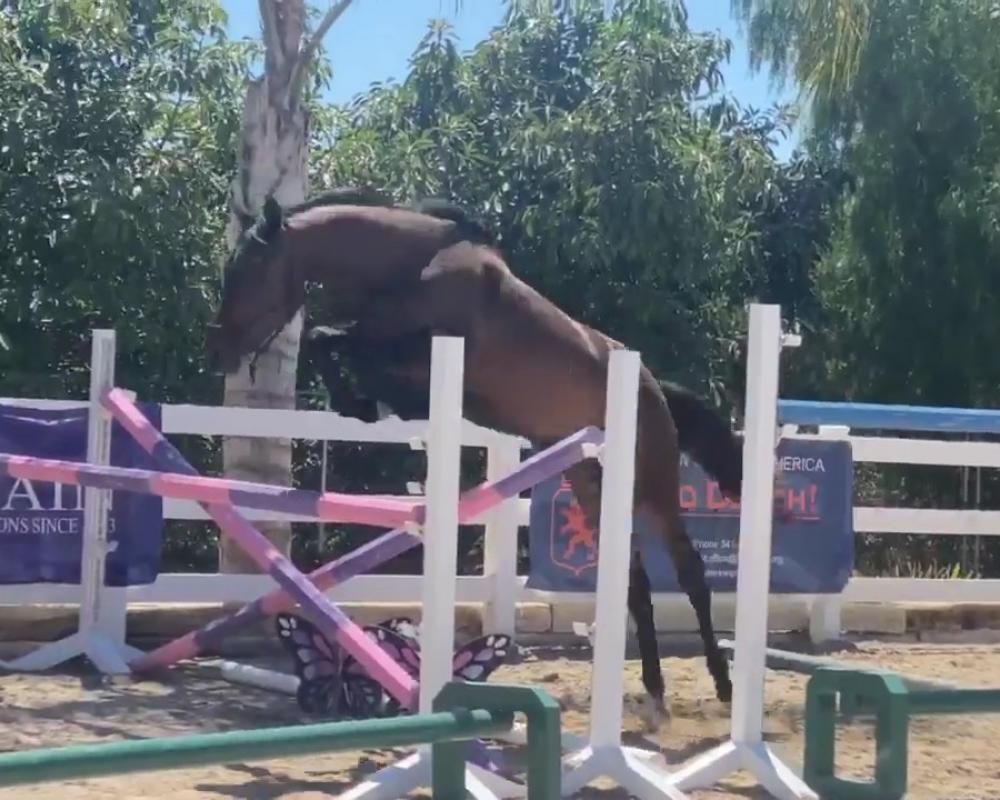 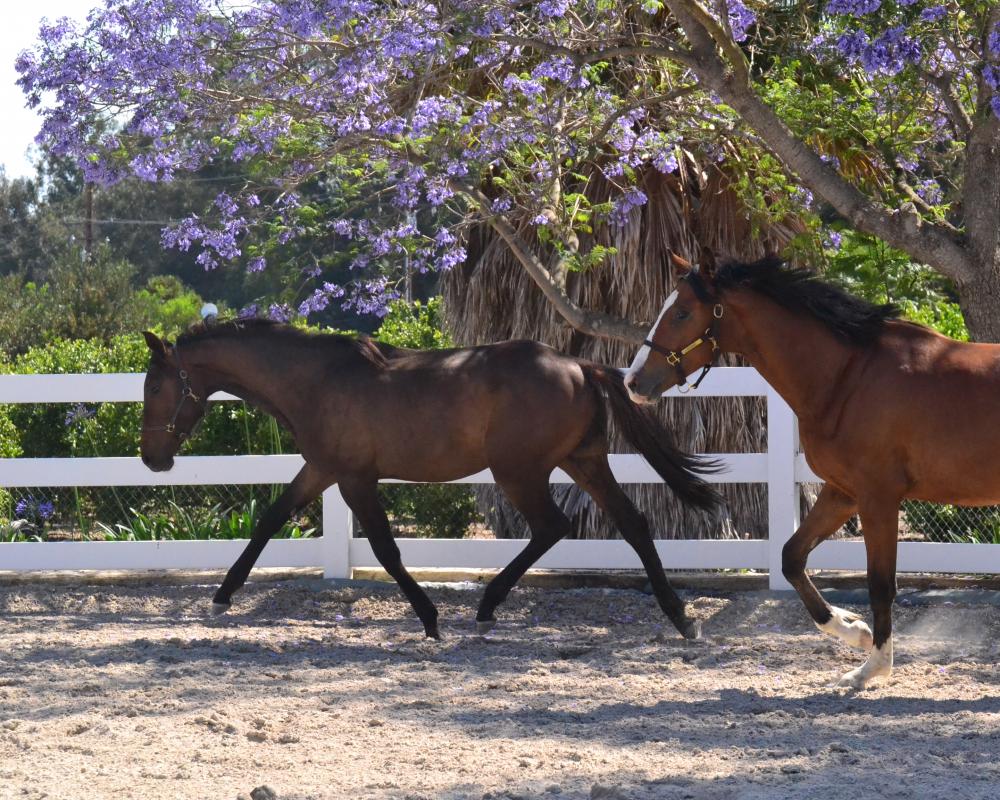 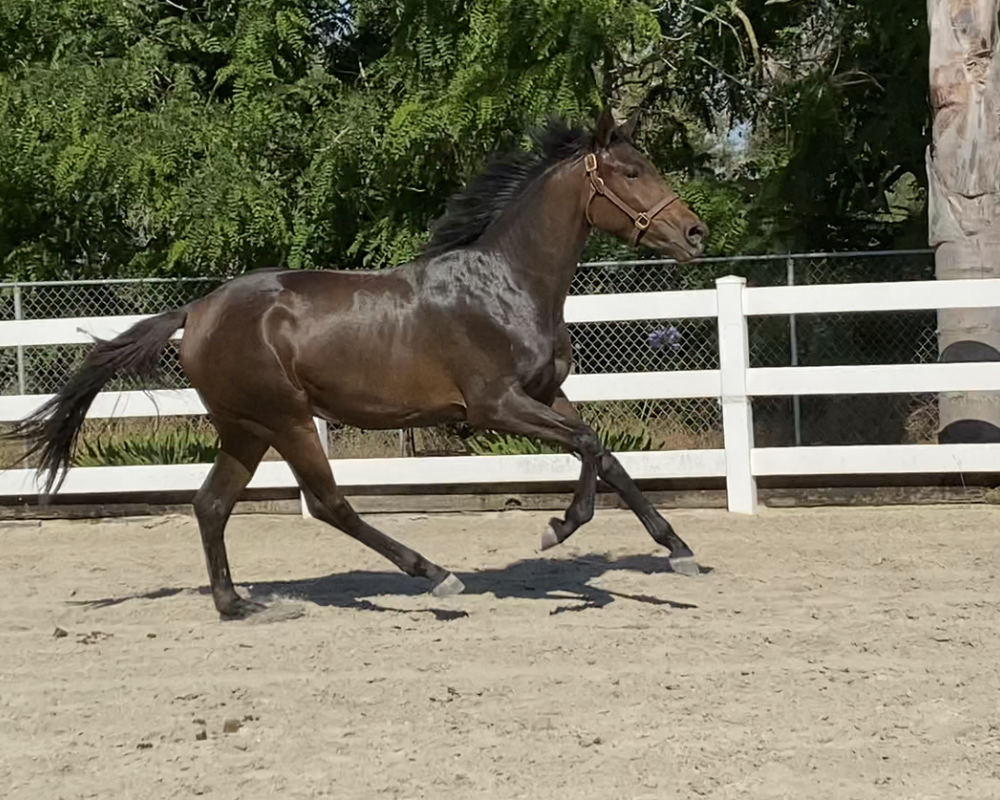 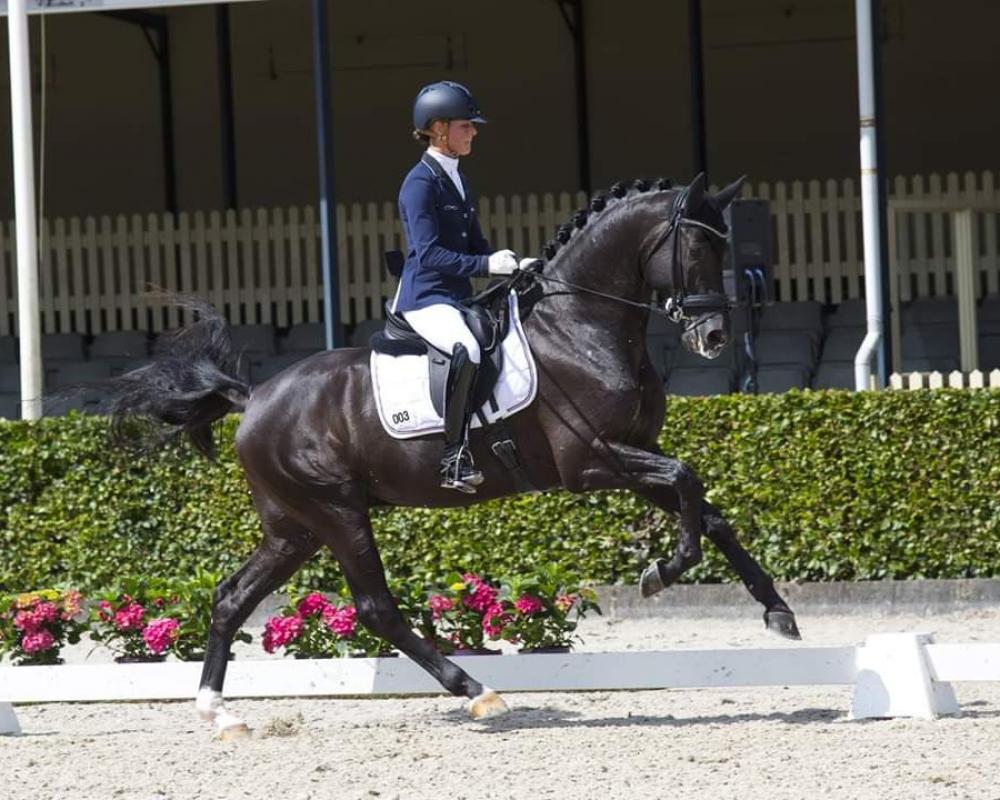 Big, impressive young mare who is an incredible investment prospect for a pro or ambitious amateur. She has that "it" factor that will capture the audience's attention every time she steps into the ring. She is a correct, athletic mover with 3 great gaits and a natural ability to sit & drive from behind. Additionally, she has serious natural ability in the jump chute, which combined with her bold personality, makes her a killer event prospect. Party already stands 16.1 at 2 years old and will hit 16.3+ easily. Recent x rays on file!

Party's dam Voila is by 1.60 showjumper Emilion & out of an interesting Dutch damline. Voila produced incredibly well for us & proved to be a dual purpose mare. Her 2013 colt was a KWPN-NA National Top 10 Dressage Foal and sold to a professional before weaning. Other young offspring are competing 1.20+ and still others have sold to professionals as event horses.

Her sire, the Totilas son Governor, was certainly the most talked-about stallion at the KWPN Stallion Show 2014. His great performances in the first and second round culminated in the reserve title at the KWPN Stallion Show. In autumn, he absolved his performance test with the highest score of 85.5 points, with a 9 for canter, rideability, and character. He became winner of this 50-days-test. In 2016, he was a finalist at the world championship for young horses under Adelinde Cornelissen and the following year they won a silver medal in the final for six-year-olds.

Governor is perhaps the most well bred dressage stallion Dutch breeding has produced. His father Totilas is the best dressage horse of his generation, and has established many world records including World Champion ridden by Edward Gal. Governor's dam is the famous mare Orleans (Jazz x Ulft ), the full sister of Olympic horse Parzival (Adelinde Cornelissen). Orleans is 'preferent elite' and is already mother of TC Athene (by United), the Pavo Cup winner and participant in the World Championships for Young Dressage Horses in Verden. The full brother to TC Athene, Brentano, was designated for the performance test and also took part in the championships in Den Bosch.

Damsire Jazz has competed in and won international Grand Prixs. In 2002, she and Tineke Bartels were members of the Dutch dressage team at the World Equestrian Games in Jerez de la Frontera.

Governor's son Kremlin MD was named as the champion stallion at the KWPN licensing 2018. The same year, he was awarded premium stallion at the Danish Warmblood licensing and was judged with exceptionally high points for his exterior with 9 for the total impression. In 2018, Kremlin MD finished his 35-days performance test in Denmark with a total score of 8,25 and no marks under 8,0. Kremlin is ow d by Helgstrand Dressage and Paul Schockemohle.