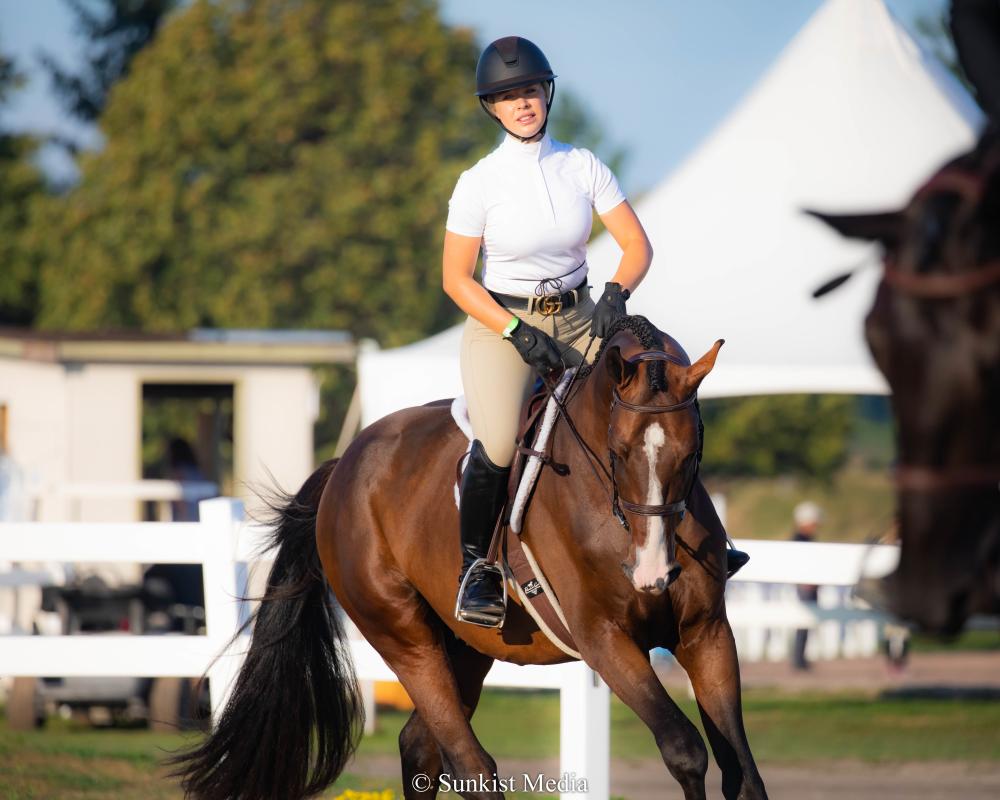 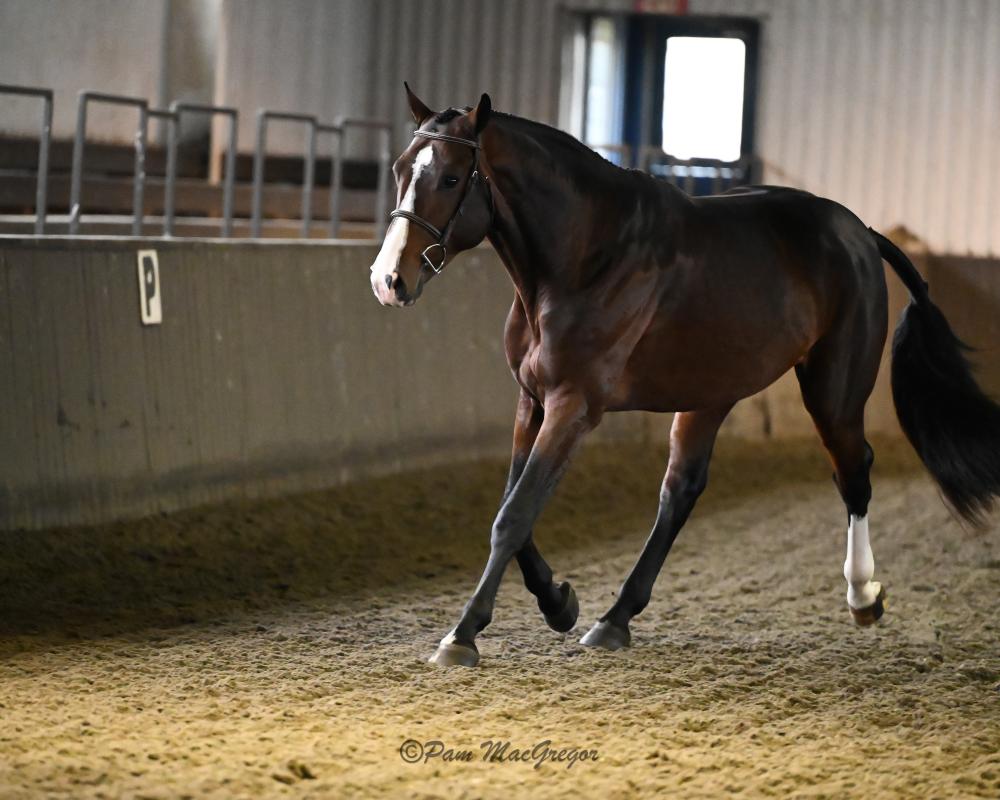 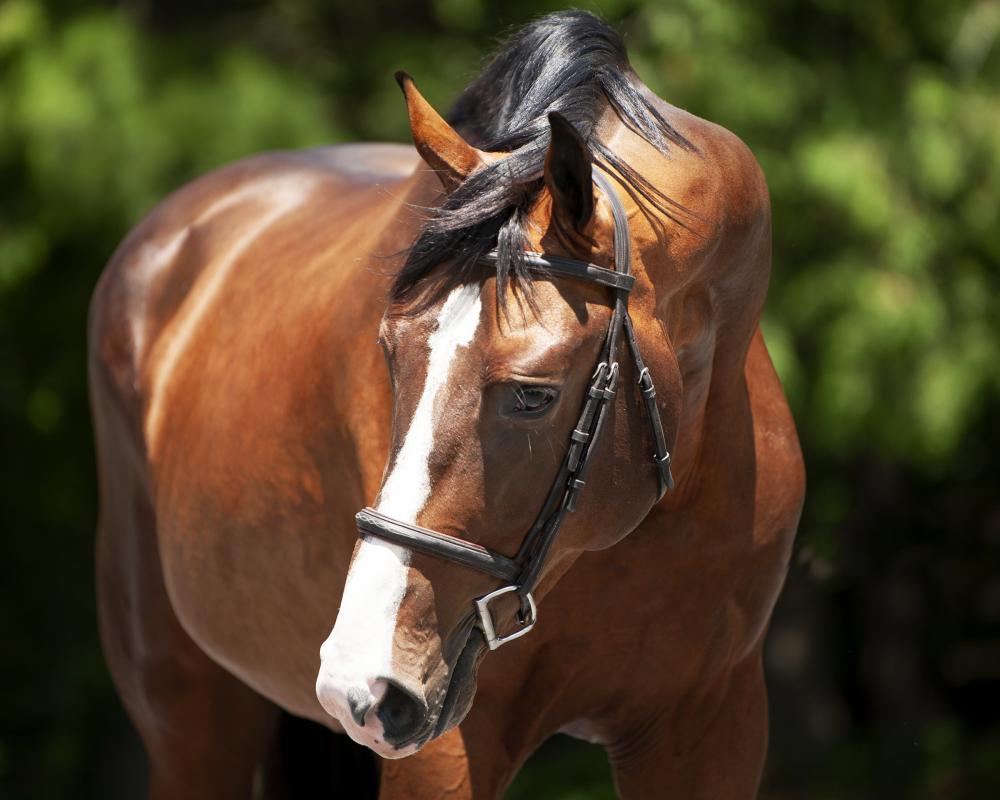 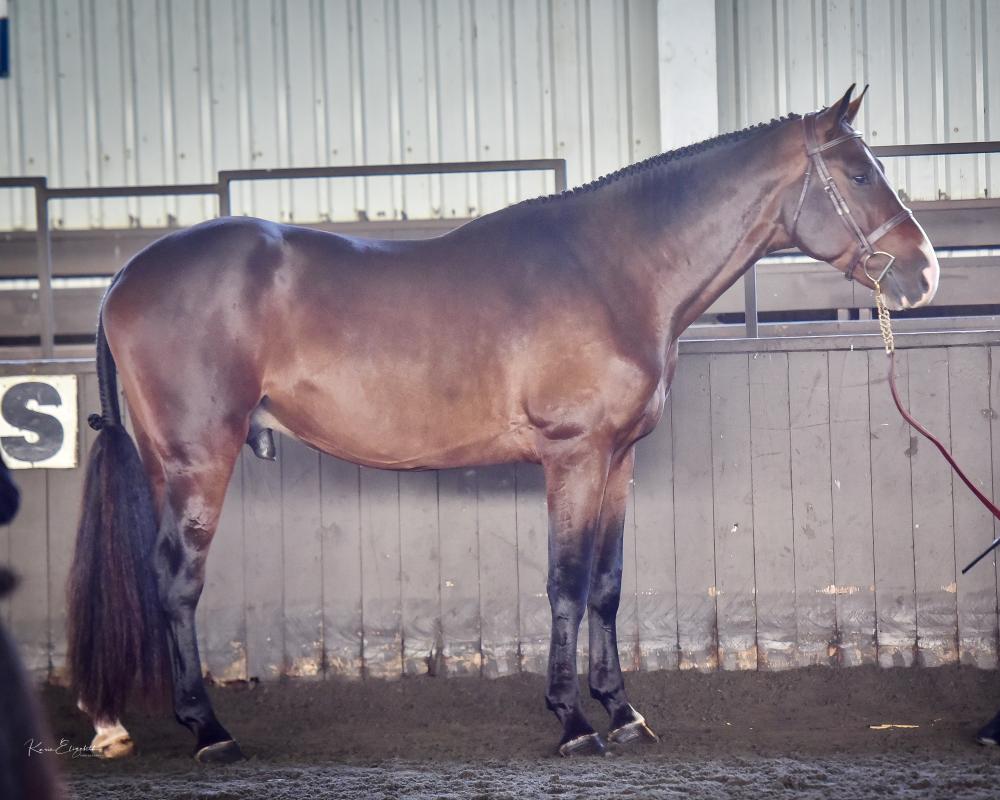 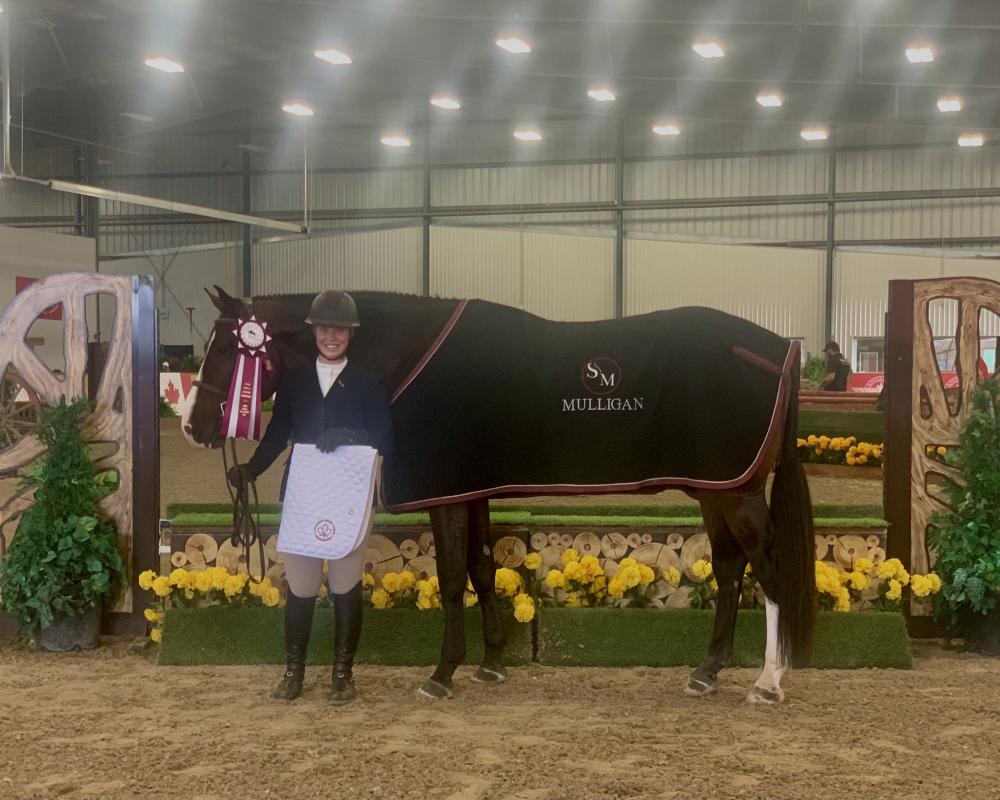 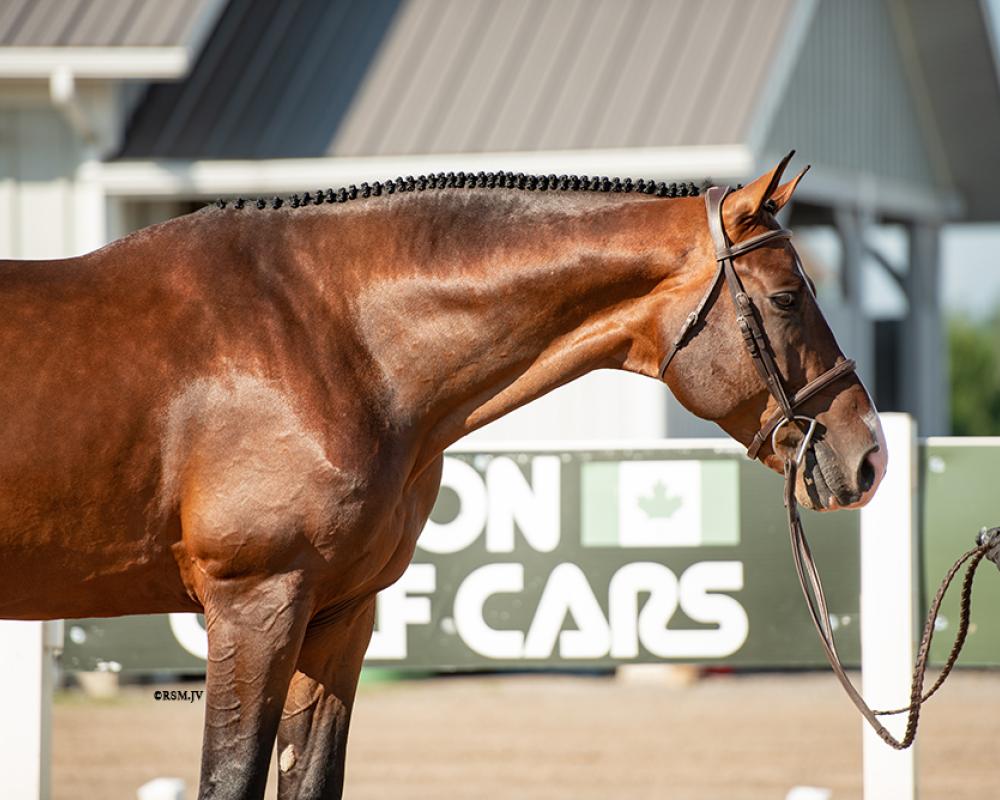 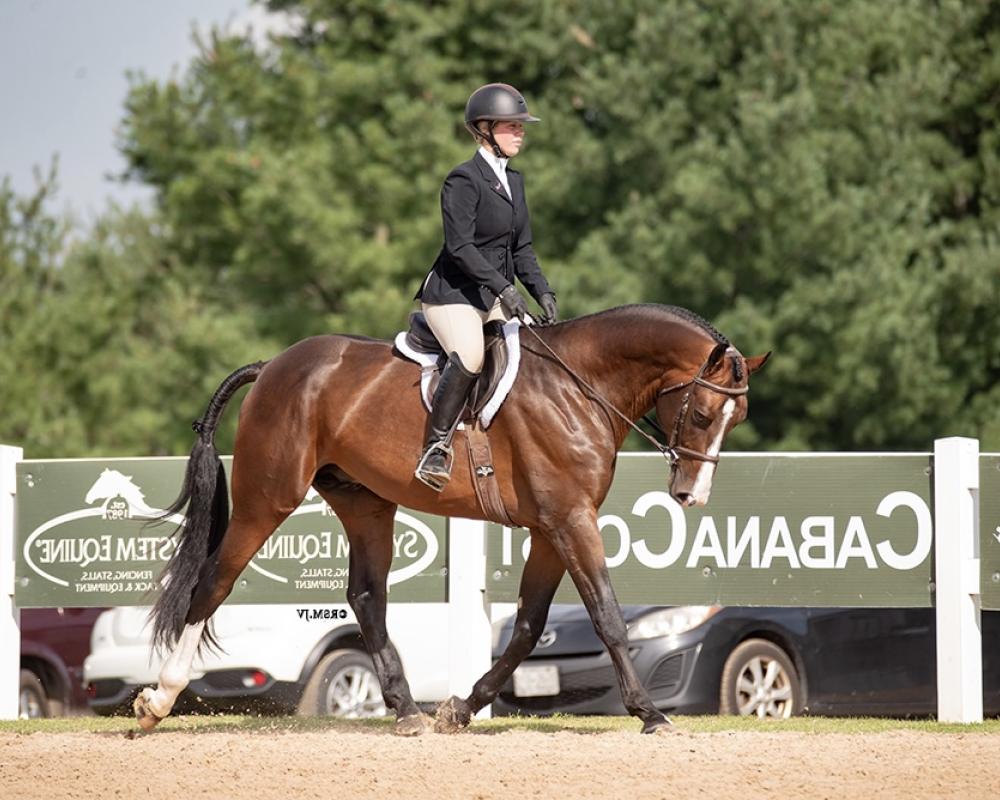 Notorio ES2 is a 2018 KWPN-NA stallion by Cabardino out of the well known hunter mare Taylor’s Design (Diamant/Serg’ej/Arcaro). In his first show season he had multiple first places finishes, some highlights include 1st Place OHJA Young Hunter Under Saddle at the Ottawa International Horse Show, 1st Place Over Fences OHJA Young Hunters and Reserve Champion at the Ontario Hunter Finals at the Caledon Equestrian Park.

Notorio’s sire Cabardino needs no introduction, owned by W. Charlot Farms he has numerous championships under his belt including at WEF, The Royal Agriculture Winter Fair and Kentucky National.

Notorio’s Dam Taylor’s Design had a very successful career including overall Quebec Combined Hunter Champion, as well as Reserve Champion Junior Hunter in the same year. The following year she was overall Quebec Junior Hunter champion. Along with multiple appearance at The Royal she had numerous top 5 places in International Hunter Derbies and CET Medal classes before beginning her breeding career.

Recently Notorio completed his licensing with the CSHA being awarded first premium with an overall score of 8.5. He will be standing to limited mares for his first breeding season in 2023 while he continues to focus on his show career and working towards additional breeding licenses. More information can be found on his Facebook Page.