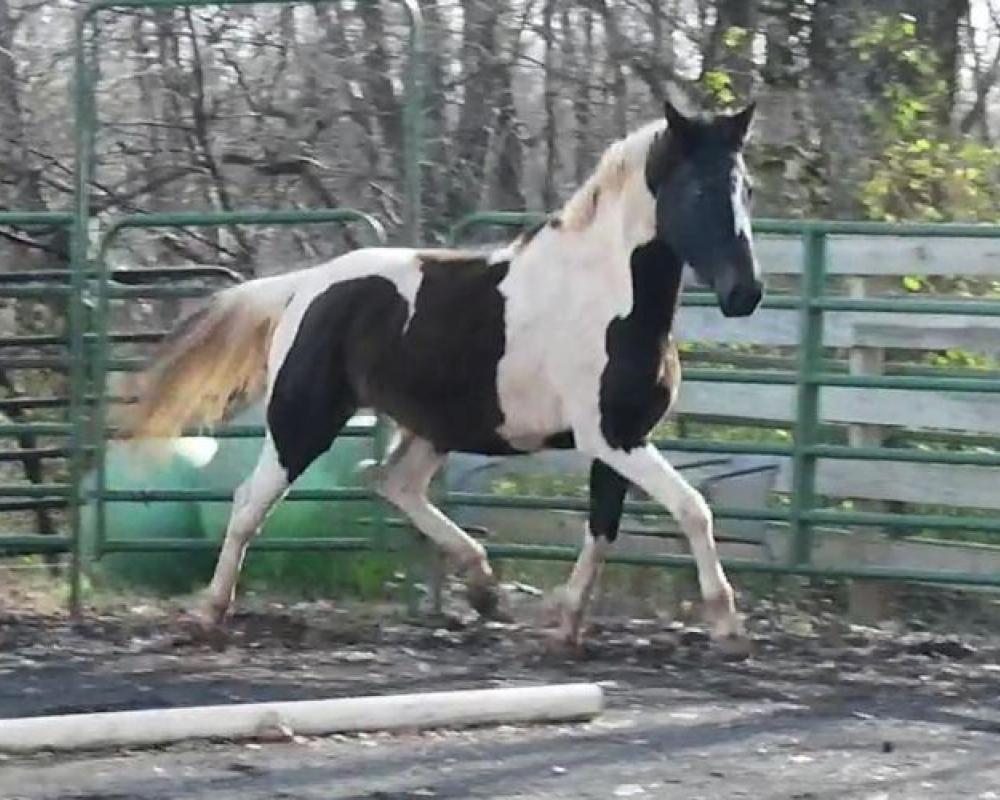 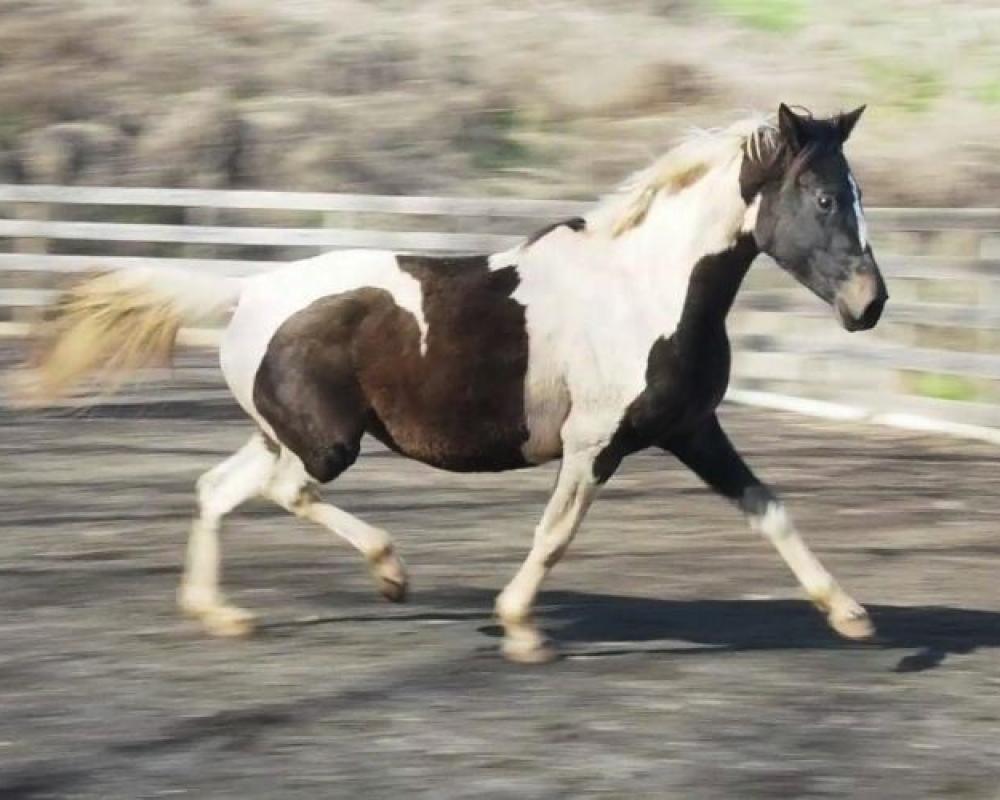 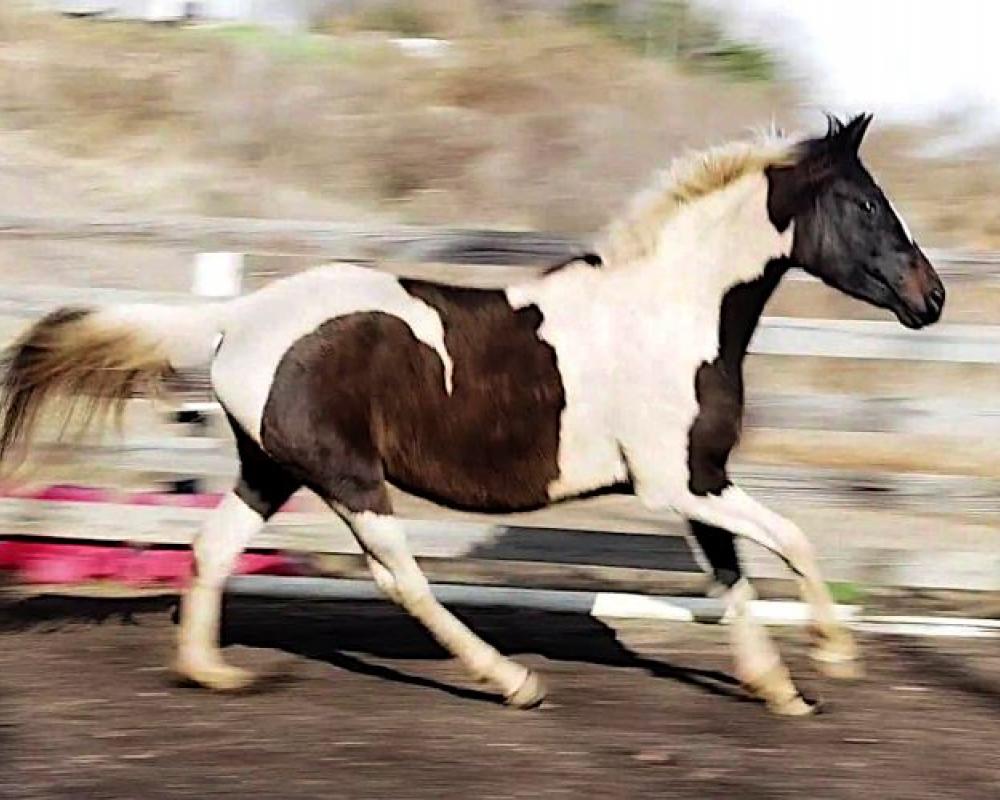 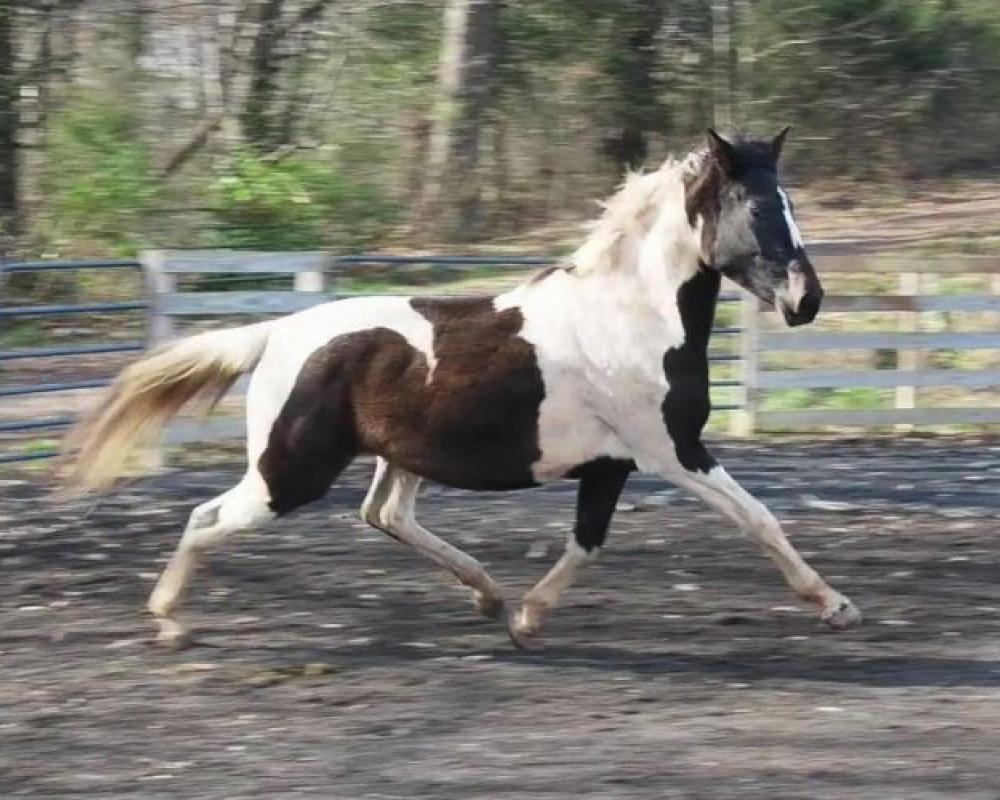 Oh So Special GSF affectionately called "Oh So" is a 2015 Gold Premium filly by Orleandro out of Somethin' Special GSF by Sinclair B. This lovely young mare has a wonderfully courious and kind disposition. She is also a huge mover! She is perfect for the smaller rider. She is currently 15.1 hands and may reach 15.2 to 15.3 hands when she fully matures by the age of 6. She is very well sprung and a big mover so she will feel like a much larger horse when riding her. She has a very willing temperament and is not super excitable. She will make someone an excellent partner.

Oh So Special's sire, Orleandro, competed in both jumping and dressage. He successfully competed at Level 5 Jumpers with 3'9" to 4' fences with 4' to 4'6" spreads and also did some dressage competitions at second level with scores in the high 60s. In 2005 Orleando was ranked as the 31st and in 2006 ranked as the 13th leading Hunter Breeding stallion with USEF. Orleandro has retired from showing 100% sound and ridable to focus on his breeding career. Orleandro passed away from natural causes in 2019. Orleandro has many successful offspring in sport in both Europe and the US. Online, owned and ridden by Deborah Walravens of Belgium is competing at 1m45 which is equivalent to US level 8 which are heights up to 4' 9". Orion CWF is currently competing at 1.10m jumpers under his rider/owner and is consistently placing near the top and earning prize money at that level. For more information about Orleandro's offspring in sport, click here.

Orleandro's sire, Oglio, a German Thoroughbred, has produced horses at top levels of sport in all areas. Oglio's 1994 son, Ontario competed in show jumping at 1.60m (Grand Prix), Apsolon a 1991 bay gelding, competed at the Grand Prix Dressage level in Denmark from 2002 to 2009 and his 1993 son, Ohio, successfully competed up to CIC3* levels with his young rider in Germany from 2005 until 2012. For more extensive information on Orleandro's bloodlines; click here.

Oh So Special's damsire, Sinclair B, passed his 70 Day Test in Germany. He had a promising jumping career in Europe which was ended abruptly due to a pasture accident. He sired many approved sons, most notably, Southern Star, owned by Nina Melkonian of Germany who was approved for breeding with Hessen and ZfDP with a 100 day test score of 105.99. This stallion has gone on to compete successfully in jumpers (to at least level L) and dressage at FEI levels. Sinclair B is also the sire of approved stallions Sonny Boy, Multicolor, Multicolor II, Smooth Design and grandsire to Jn Milo GF who is an approved stallion competing at 1.40 meters in show jumping in Europe. For more information on Sinclair B's bloodlines, click here. For more information on Sinclair B's offspring, click here.

Oh So Special's great damsire, Weltstern, started his show career started at the age of 14 at third level and competed to Intemediare I with scores in the 60s. Weltstern has sired 6 approved sons, Wradar (competed to Intermediare I), Welt Marke (competed to 4th Level), West Point, Weltseiger, Flint GSF and Fandango GSF (Debuting at Grand Prix in 2020). Flint GSF and Fandango GSF were bred by us, Greenstone Farm, LLC. For more information about Weltstern's bloodlines, click here. For more information about Weltstern's offspring, click here.

Oh So Special GSF is microchipped and has a lifetime recording with USEF.