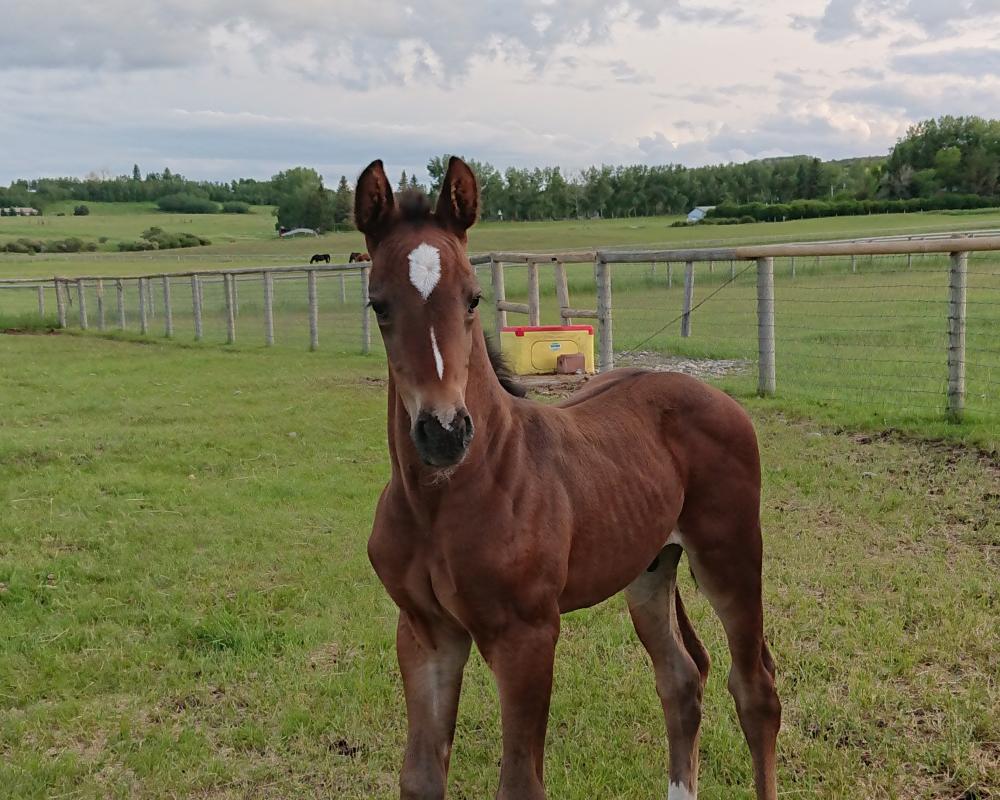 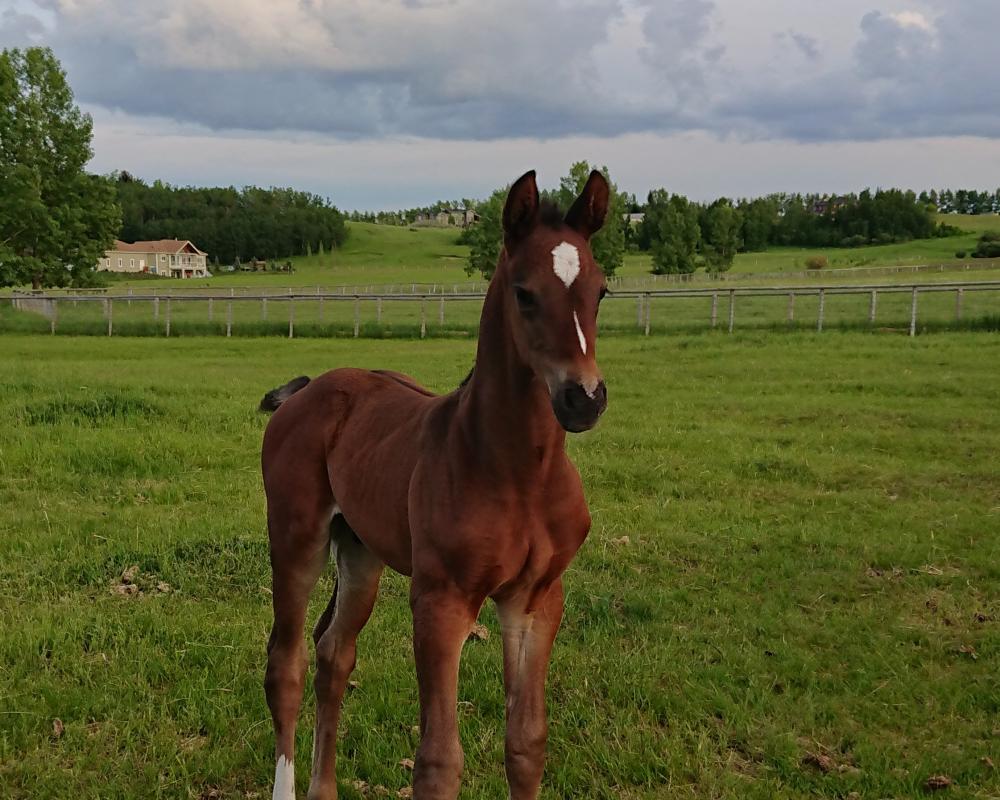 Wonderful prospect for the jumper ring. Comes from an exceptional damline and strong performance pedigree. Very correct, destined for a career in sport. Father, both grandsires and great grandsires all competed to 1.50m. This colt is from the same damline as the KWPN licensing champion Jardonnay, Grand Prix jumper Dubai and mare champion Kalimero.
Sale includes board and worming, farrier until weaning.

Dam: Feronia D, ster prok (Baltic x Indoctro). Imported KWPN mare, scored 80 on her freejumping. Her dam Bozella is an elite mare and also the mother of Kalimero D (Harley VDL) who was champion KWPN mare in 2018. Grandmother Ozella is the mother of Dubai (1.60m jumper) as well as several 1.40m horses. Ozella's daughter Uzella is the grandmother of KWPN Licensing champion Jardonnay.
Feronia's sire Baltic VDL (Quaprice Z x Jus de Pomme) was the champion of the KWPN test as a 3 year old and now is competing at the 1.50m level. His oldest offspring are 8, and already some are competing at a high level including Farona D is winning at the 2* level with Daniel Coyle.
Sire: KVF Tacorde. (Concorde x Good Times). Tacorde competed for many years at Grand Prix level in Canada and the US. His offspring are just coming onto the scene, with several already jumping to 1.30m. He also has two approved sons.