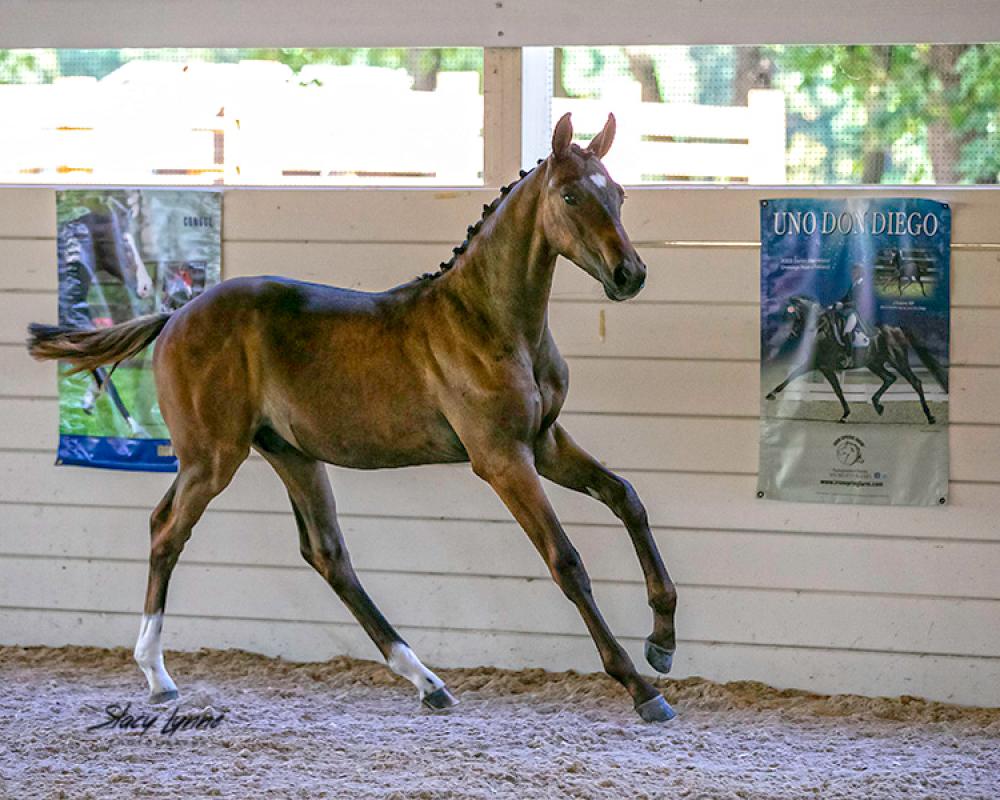 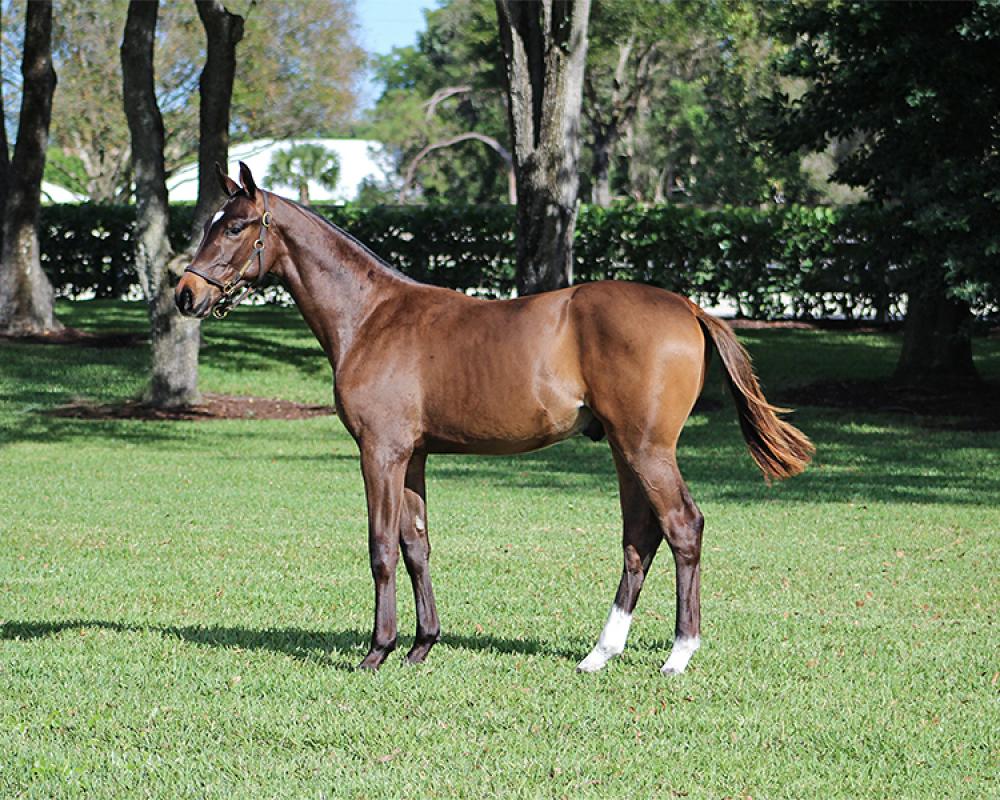 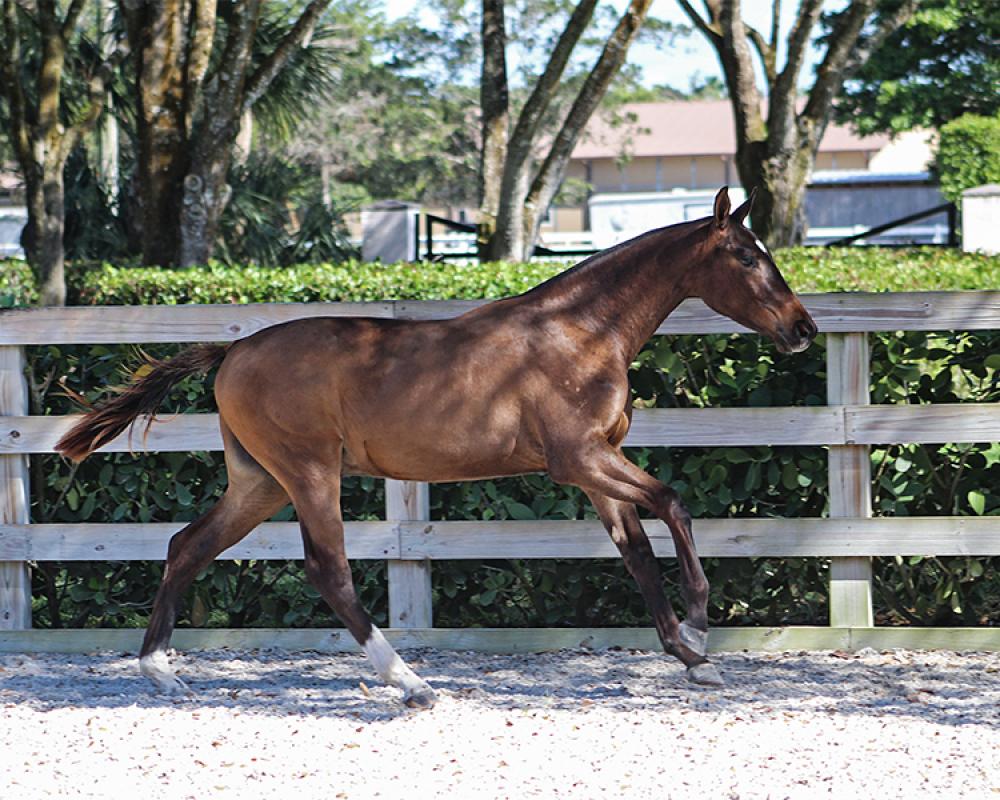 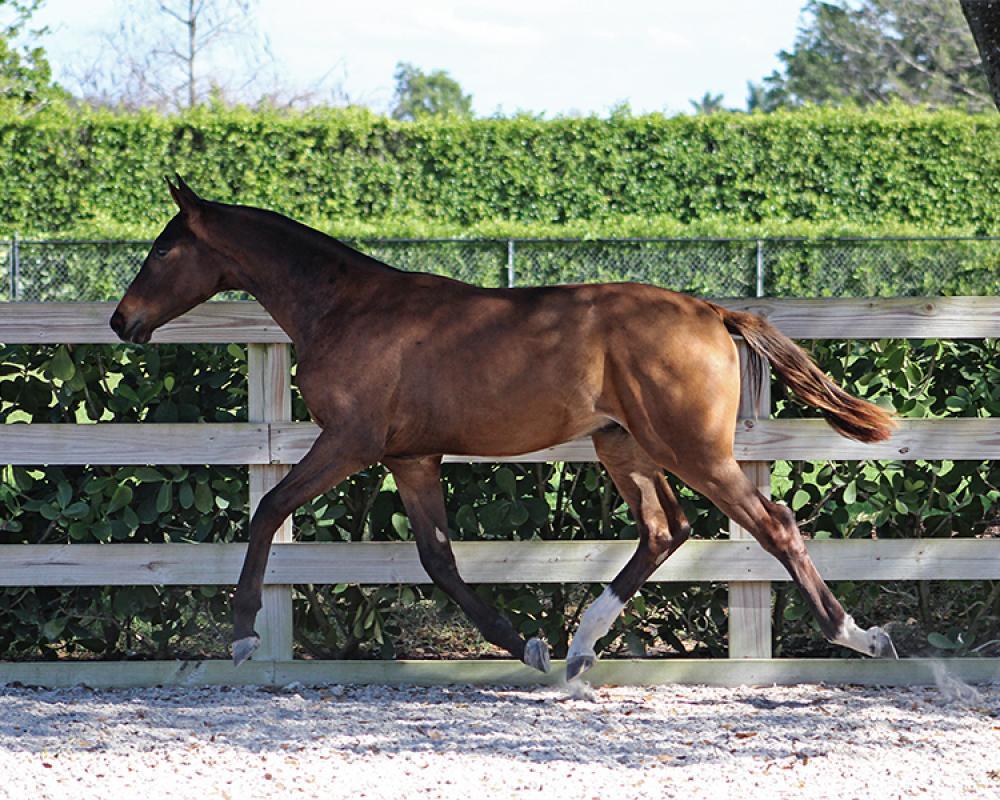 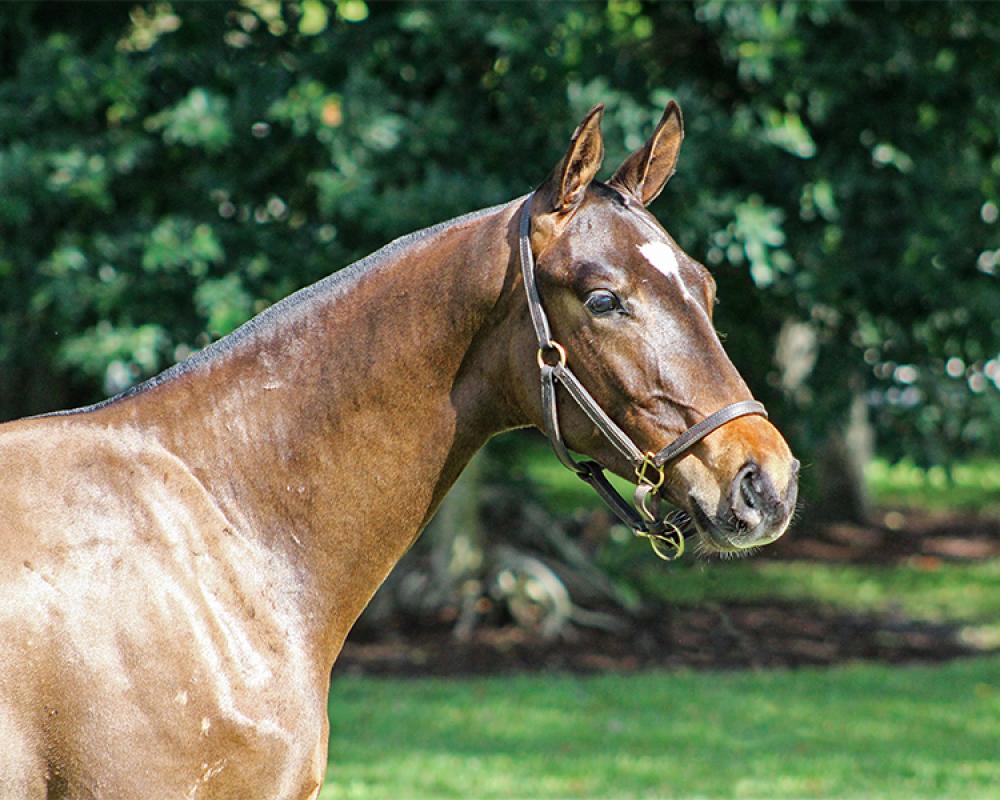 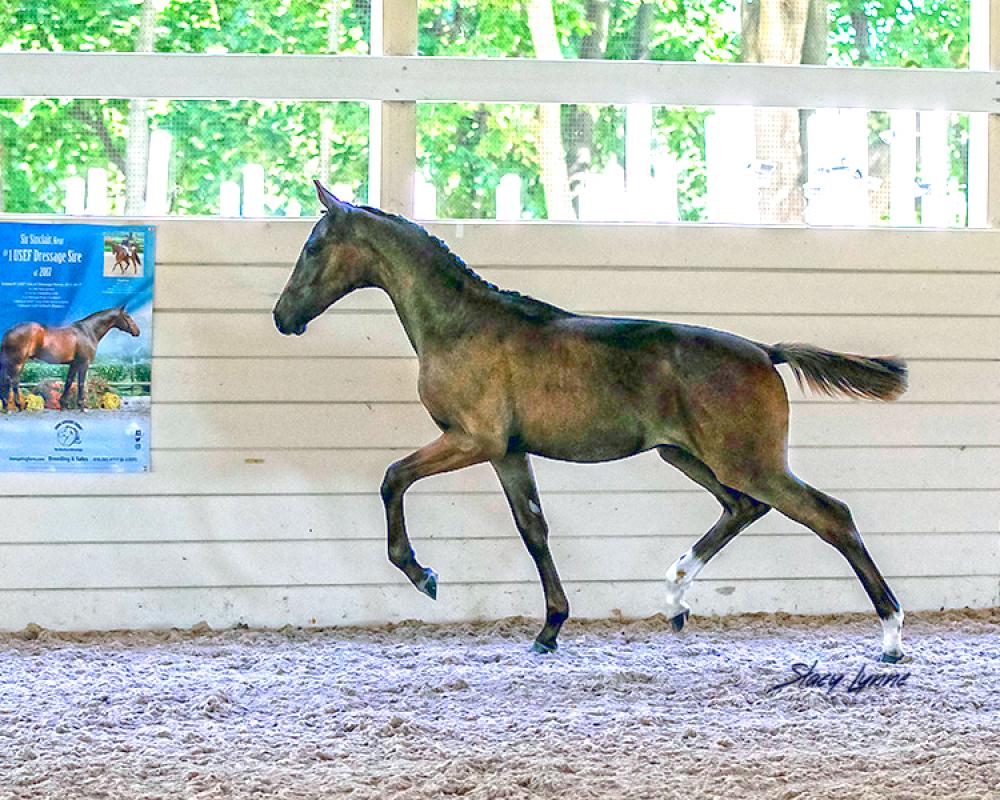 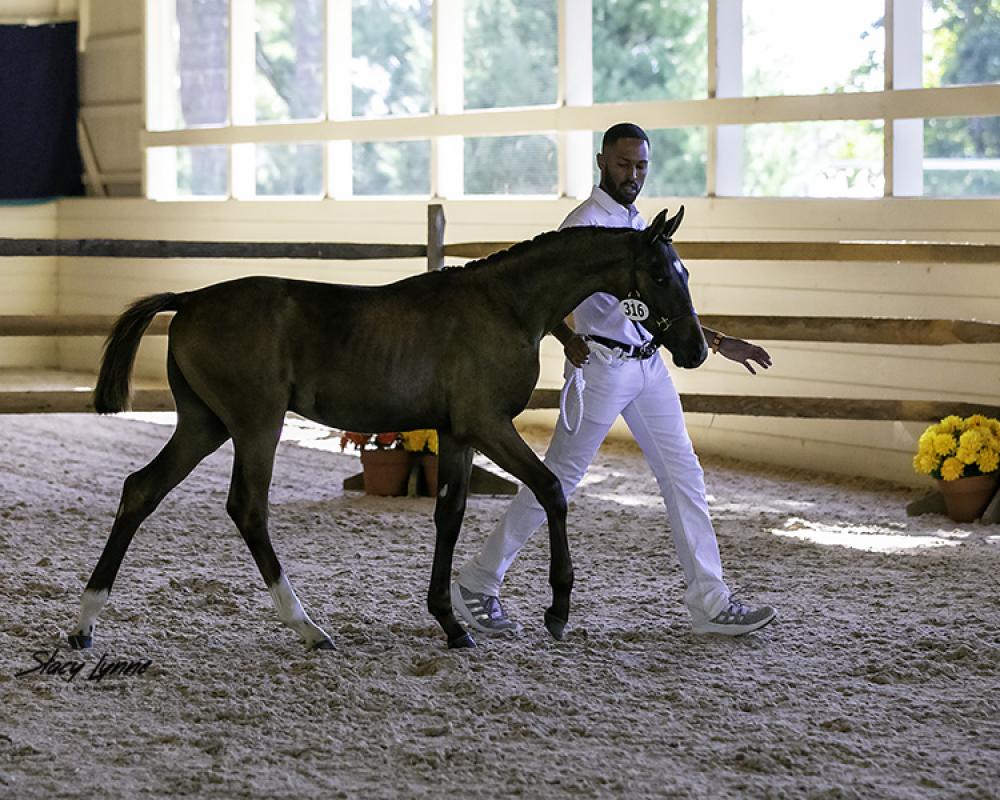 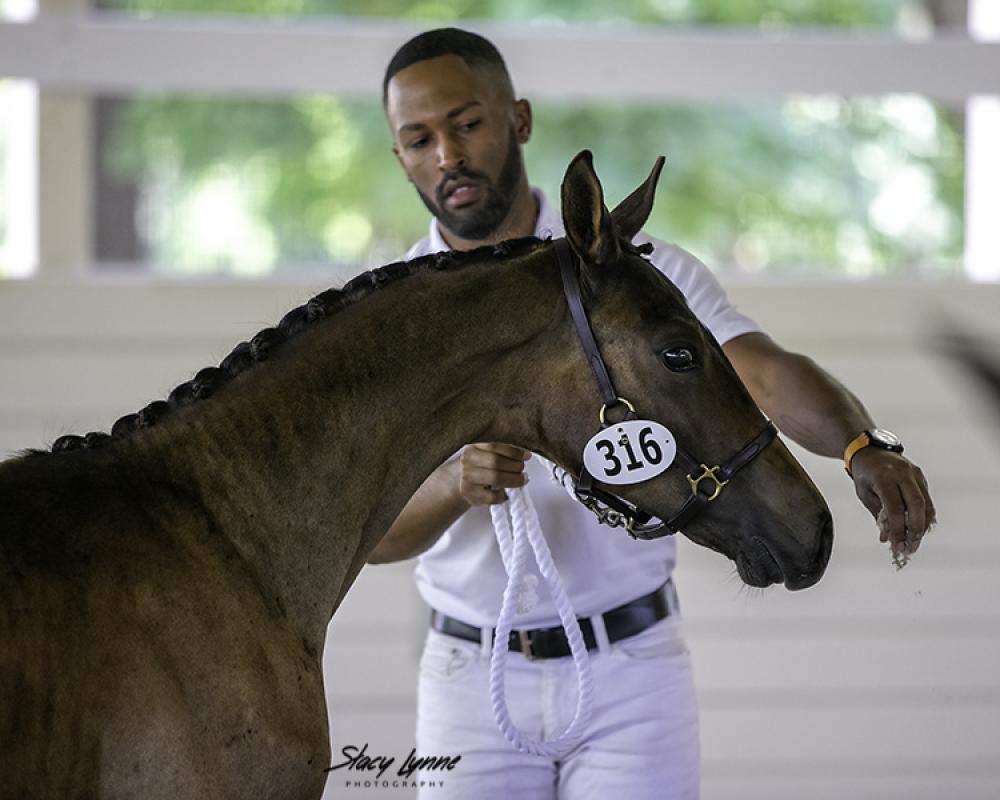 Orion ISF is an exciting 2019 Dutch Warmblood colt sired by the popular young stallion Secret, out of the successful FEI Dressage mare La Belladonna CF, by Hofrat. Awarded First Premium at his KWPN Keuring as a foal, Orion is conformationally correct and has three balanced, supple gaits. He is handled regularly, likes to connect with people, and has experience with bathing, clipping, cross-tying, and trailering. Orion is an interesting prospect for both the Dressage and Hunter rings and is available to be seen at our Pennsylvania location.

Sire Secret caused a sensation as a just started three-year old and has confirmed the initial hype as both a performance horse and breeding stallion. In 2017 he was named Reserve Bundeschampion of the 3-year old Riding Stallions in Germany and followed this two years later as the Reserve World Champion for 5-year olds in Ermelo with multiple scores above 9 – including two perfect 10s for the canter and general impression. In his first two foal crops, Secret has cemented himself as a producer of modern types and elastic movement. Secret himself is by the triple World Young Horse Champion Sezuan, who has gone on to success at the PSG/I1 level.

La Belladonna CF is part of our performance program and has captured wins through Grand Prix level. Her sire Hofrat is a son of the internationally successful Grand Prix horse Gribaldi who is also known as the sire of the renowned Totilas. Hofrat himself was successful to Grand Prix level and has sired a number of FEI horses, including licensing champion, noted sire, and Grand Prix horse Hotline. La Belladonna is out of the Donnerhall daughter La Donnarina, a full sibling to the Grand Prix stallion Don Primaire and herself a producer of multiple performance horses.