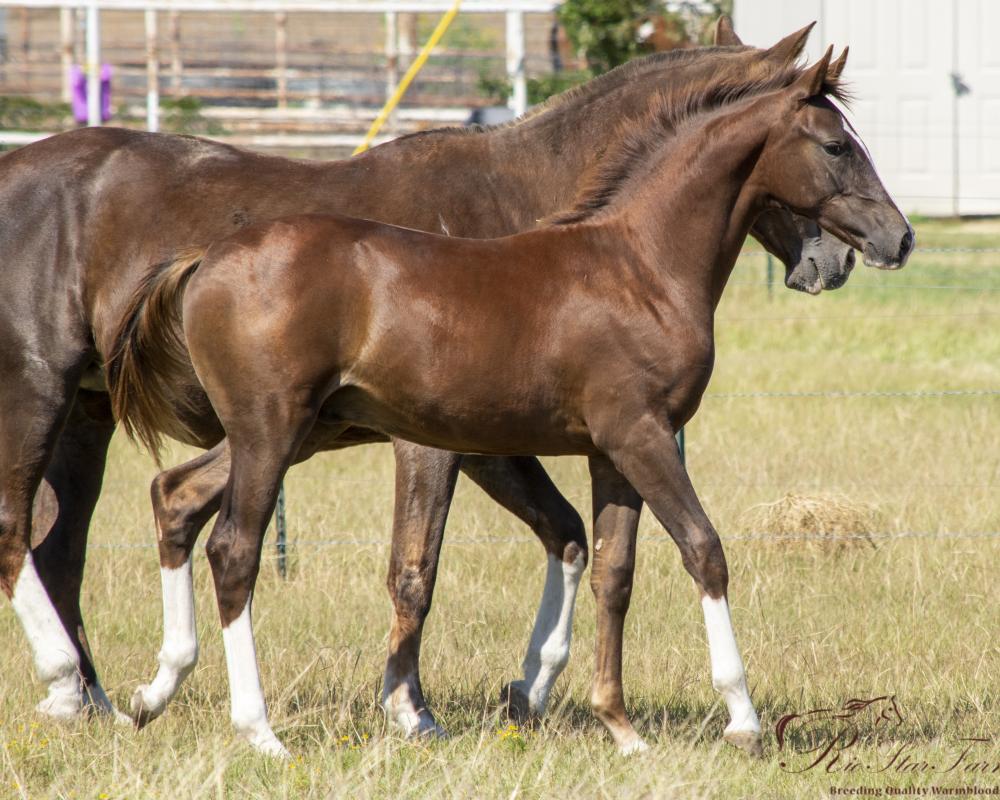 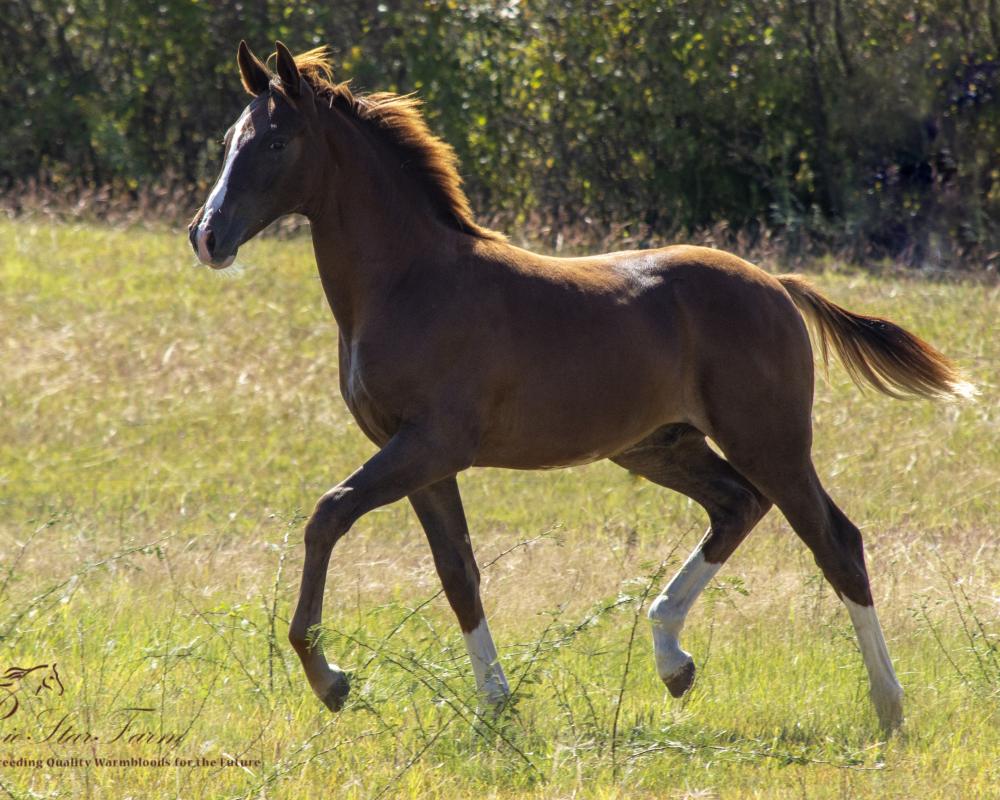 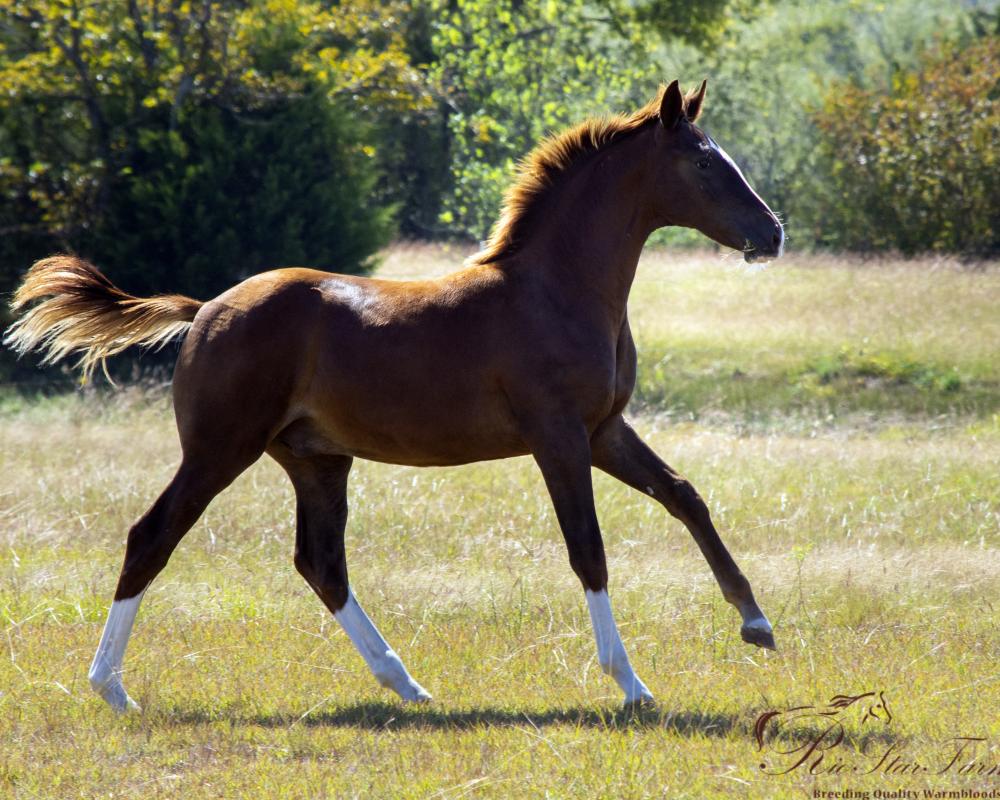 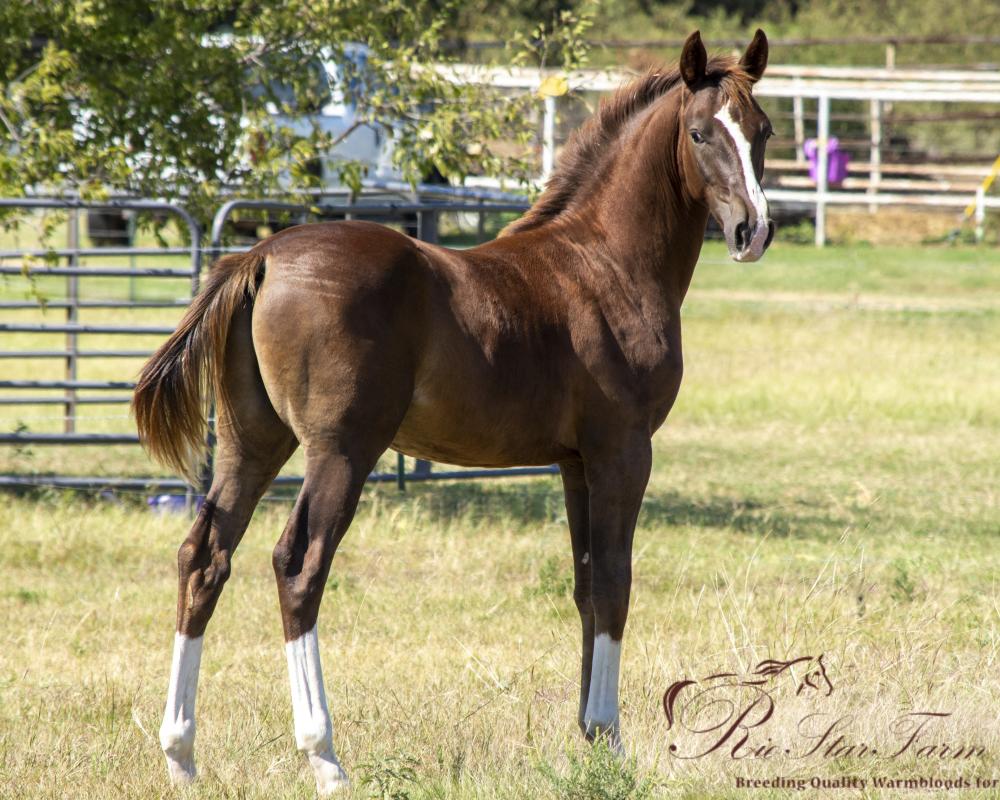 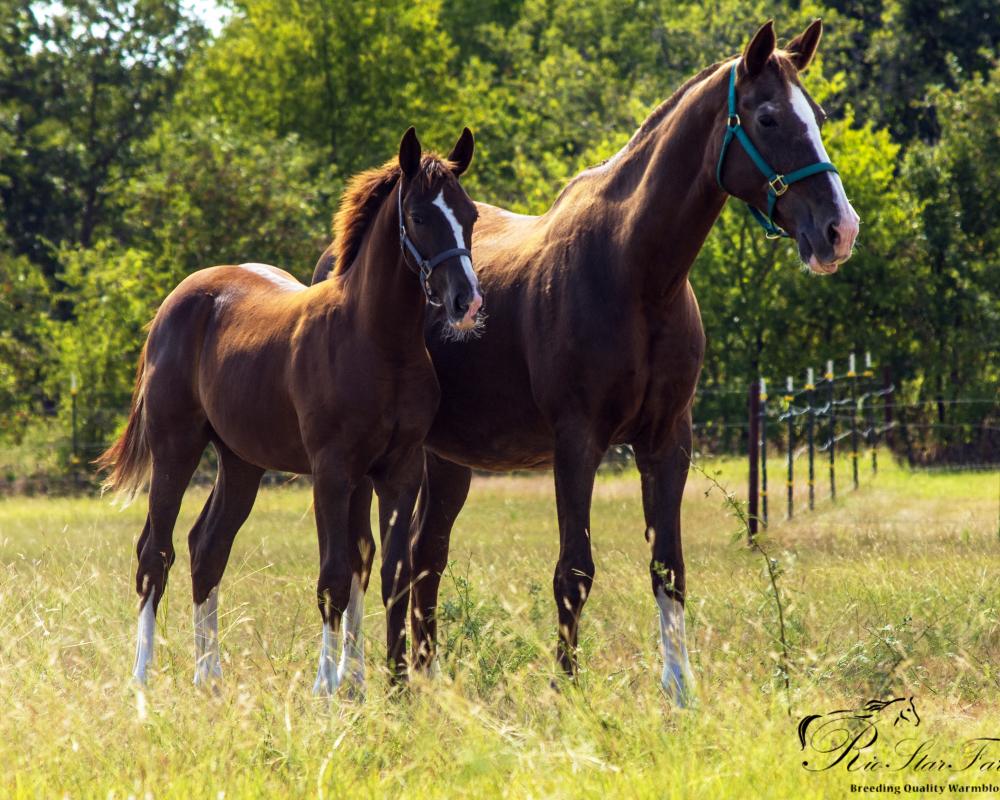 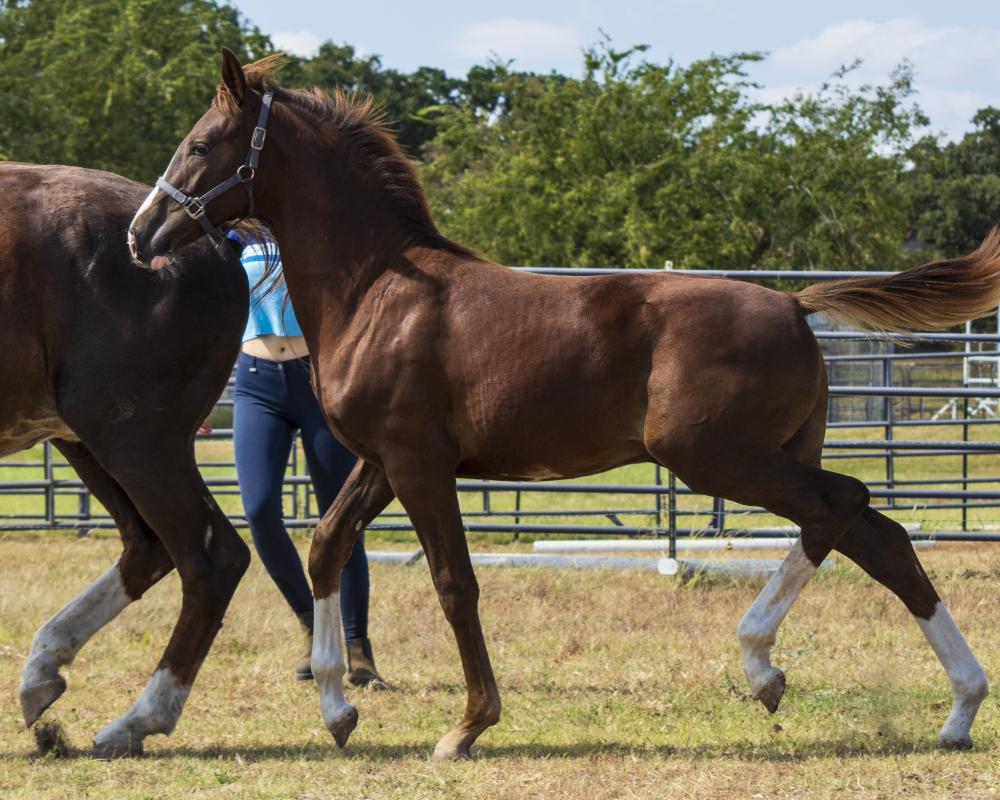 Orion RSF is out of our KWPN mare O' Baby and was born April 17th, 2019. Orion is very athletic and friendly, with superb conformation. He is very balanced, powerful and uphill in his movement and is already demonstrating suspension in the trot and strings of tempi changes in canter during his pasture play. The upper level movements will be easy for this future dressage star! His beauty and talent comes from blending his dam’s famous foundation Roemer bloodlines with Gaudi’s modern bloodlines of Totilas and De Niro.

Orion’s dam, Penny, is a beautiful liver chestnut KWPN mare by Roemer (looks just like her famous sire) that is full of bling (full blaze and 3 stockings and a sock). She is a proven producer of beautiful offspring that share her markings as well as her fabulous movement. Penny was trained to second level dressage. Penny was born in 1996 and has excellent bloodlines and very good gaits, especially her ground covering trot. Approved with the American Hanoverian Society, receiving the top score of all mares presented for gaits “8.” She received an overall score 7.16, and was the highest overall score of all mares presented that day including Hanoverian mares.

Orion’s sire, GAUDI, is the first and only Totilas offspring standing in the USA. Imported in January 2018 by Shooting Star Farm, his dam is the elite preferent prestation mare Annabel, by De Niro. Bred by the Jansen family at Stable Joppe in The Netherlands, Gaudi has an exceptional pedigree. His dam also produced the KWPN licensed stallions Bretton Woods and Chagall D&R, and from these same dam line comes the licensed stallion Four Legends KS. Annabel leads the KWPN index for dressage mares. She has produced top sport and keuring horses. 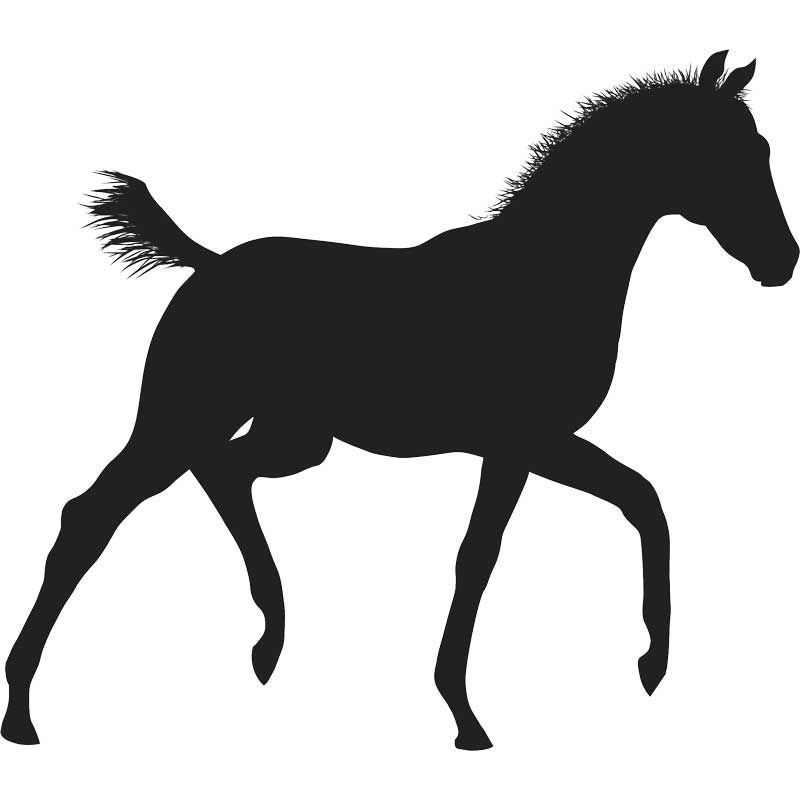