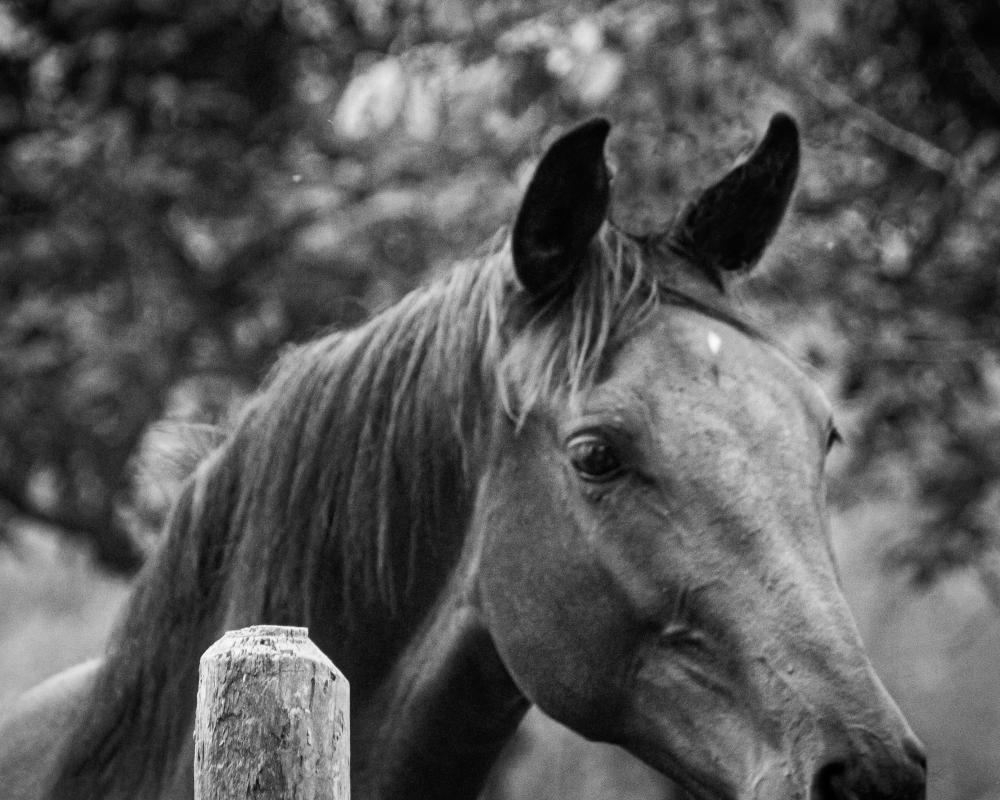 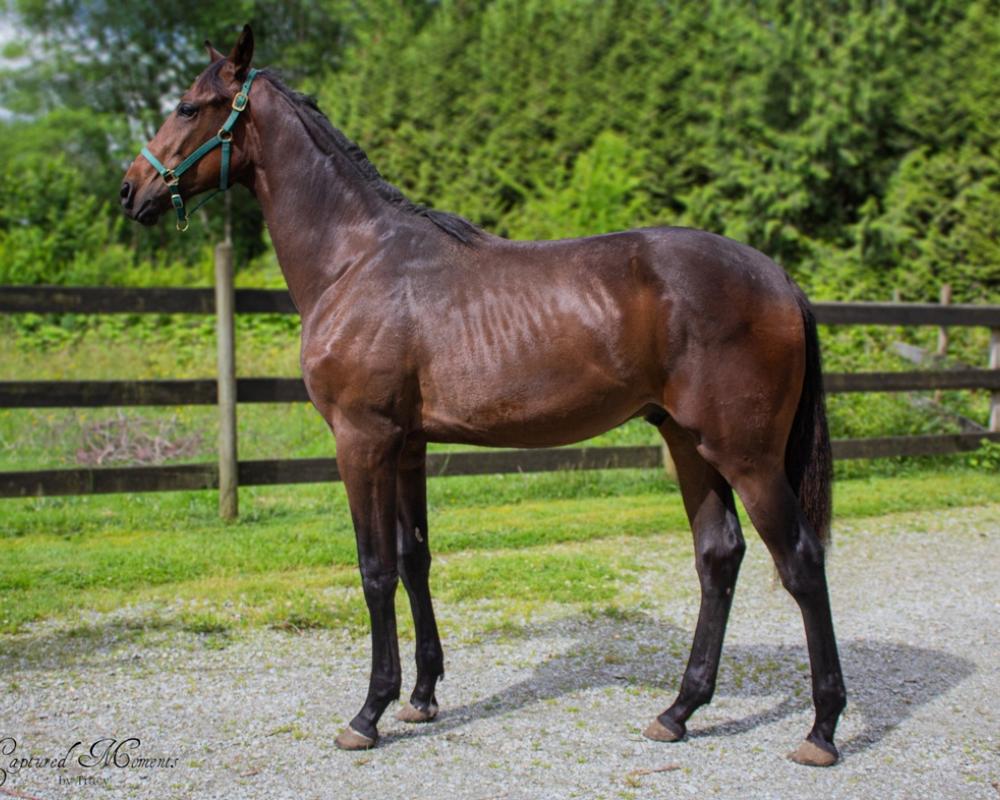 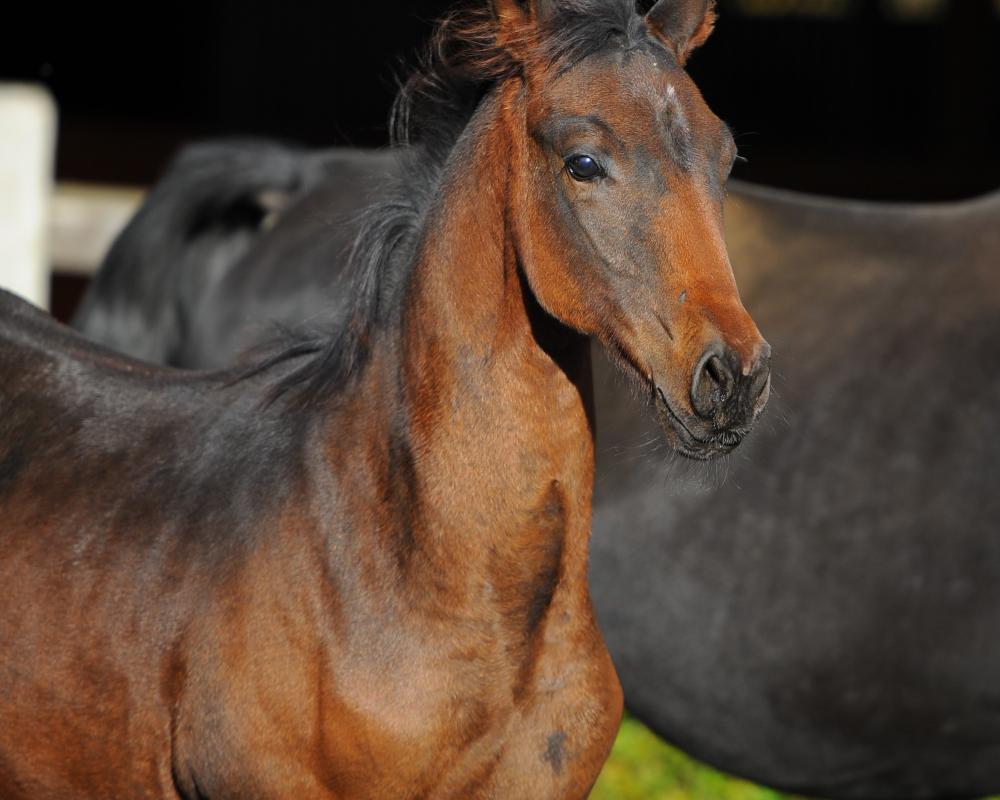 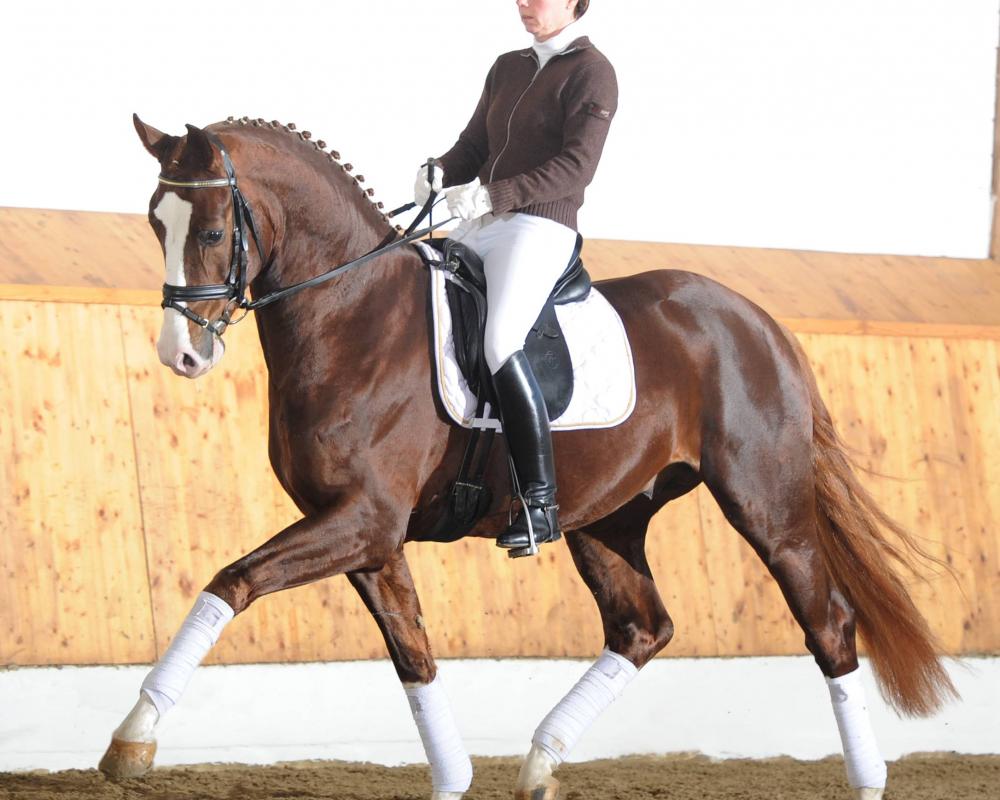 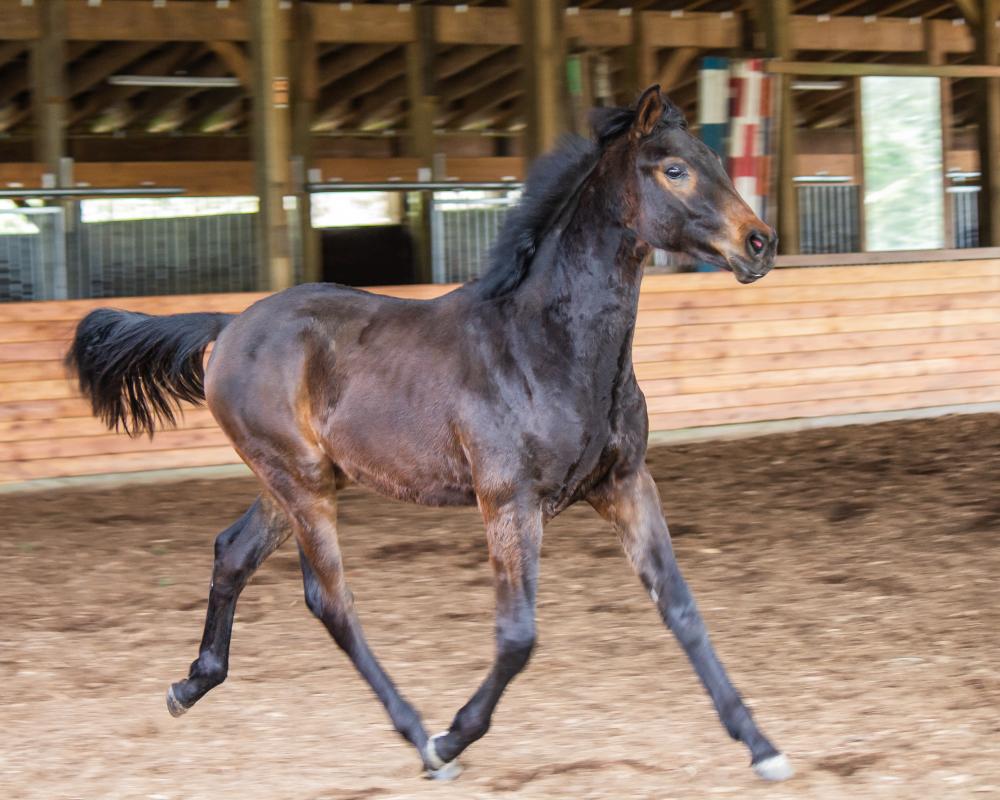 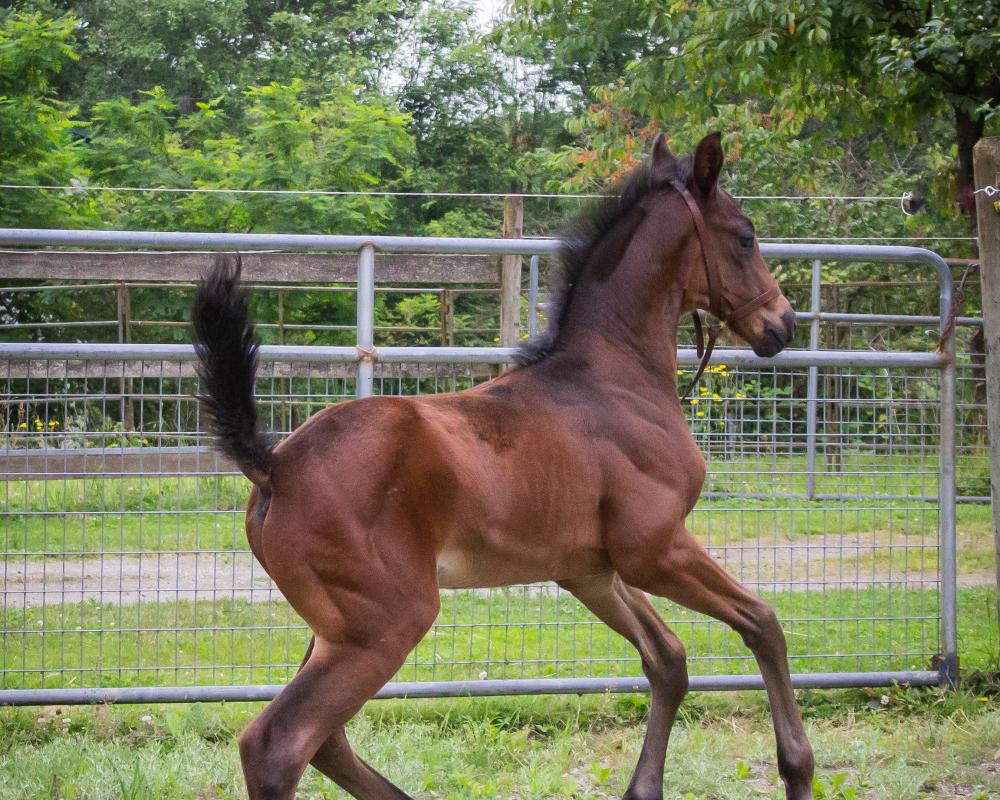 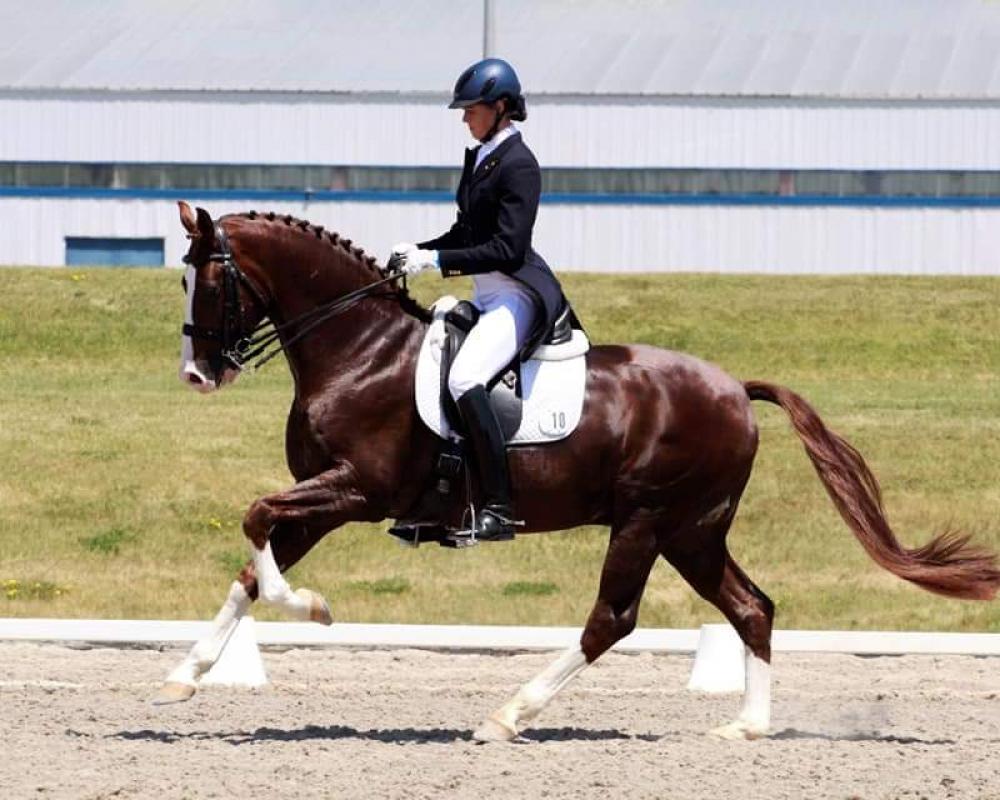 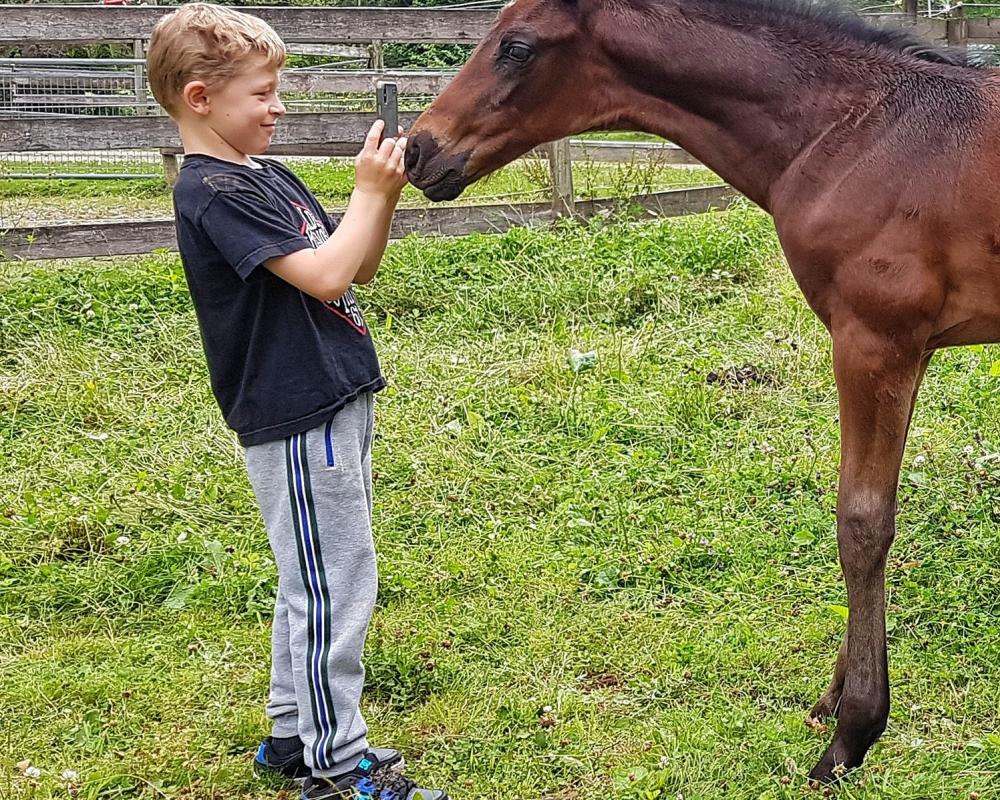 Stunning Fabregas / Gervantus II / Cheops Z colt sure to be a standout in the dressage ring!. We chose to breed a dressage stallion to a mare with outstanding jumper lines, with the goal of achieving that very active and powerful hind end to make the collected work a breeze! And our "Ozzy" did not disappoint! Lovely uphill build, shows loads of impulsion and can really use that booty with a great sit and push! Easy temperament, really friendly personable guy. If you're looking for a horse that LOVES to be loved on, this is your guy!

Ozzy's sire is the Grand Prix dressage stallion Fabregas (Florencio I / De Niro). Fabregas was Dressage Reserve Champion of his Adelheidsdorf 70 day performance test in 2009 with a result of 134.27 points. Fabregas has produced numerous Champions at inspections and shows in Germany, Great Britain, Canada and the U.S. He passes on his correctness, typey looks, elasticity and beautiful gaits and Ozzy is no exception! Fabregas has two licenced sons and a number of St.Pr. mares which underlines this stallion’s impressive breeding quality.

This is our 5th foal out of the dam, Gevae. She produces TALL, well adjusted and athletic foals with friendly, trainable dispositions.

The damsire, Gervantus II, is a verband approved Oldenburg stallion that had a significant career in the jumper ring in Europe. Ridden by Urs Fah, he was a member of the Swiss National Team. He was a winner of several S Level and International competitions, including at the CSI-W in Paris, where he placed three times in three starts; the CSI-A in Zurich, where he also place three times; and in Mannheim, where he place second in the Grand Prix.

Gervantus II is also a proven sire of upper level horses, including the Olympic eventer Gamour CH who competed in Beijing in 2008.

**US import is SIMPLE and does NOT require quarantine. Only a health certificate and negative Coggins test.

Cornerstone Farm is a small warmblood breeding operation located near Vancouver, BC, CANADA. Temperament is paramount here at Cornerstone and we strive to produce top quality warmblood horses with the versatility to be handled and ridden by both amateurs and professionals in the upper level disciplines. We breed to proven stallions who have either competed at, or have offspring competing at the upper levels of sport. Like us on facebook to keep up to date on all the latest farm news! http://www.facebook.com/cornerstonefarmmission
Email Seller Now
Visit Seller Website
More Horses From Seller