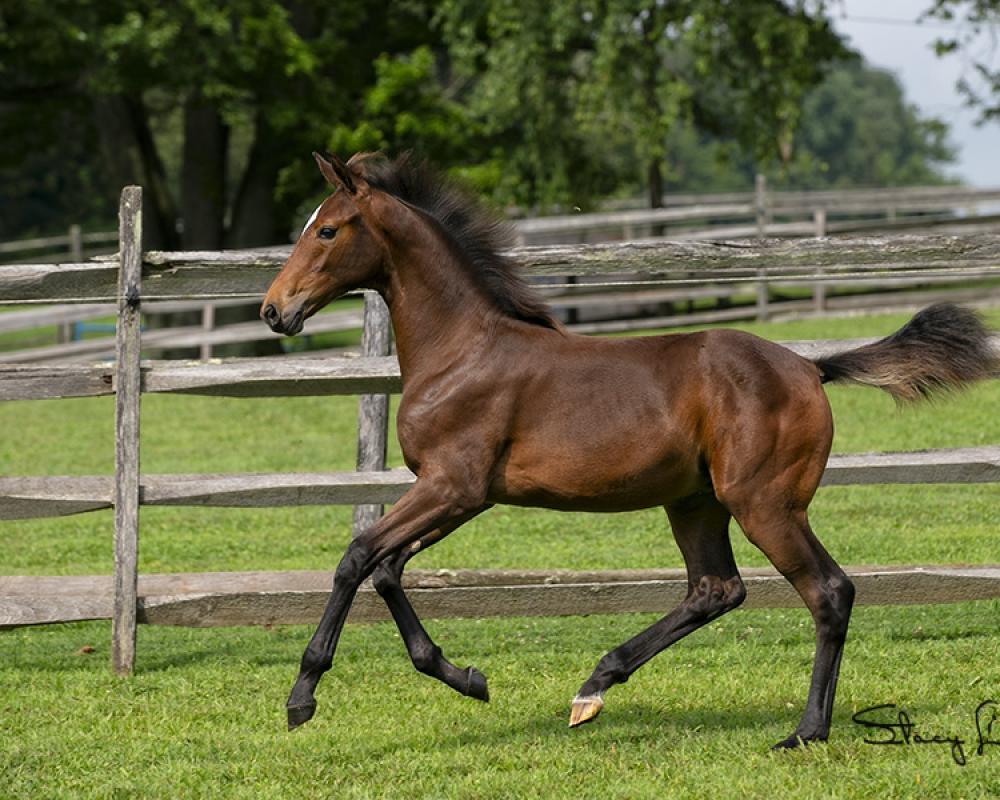 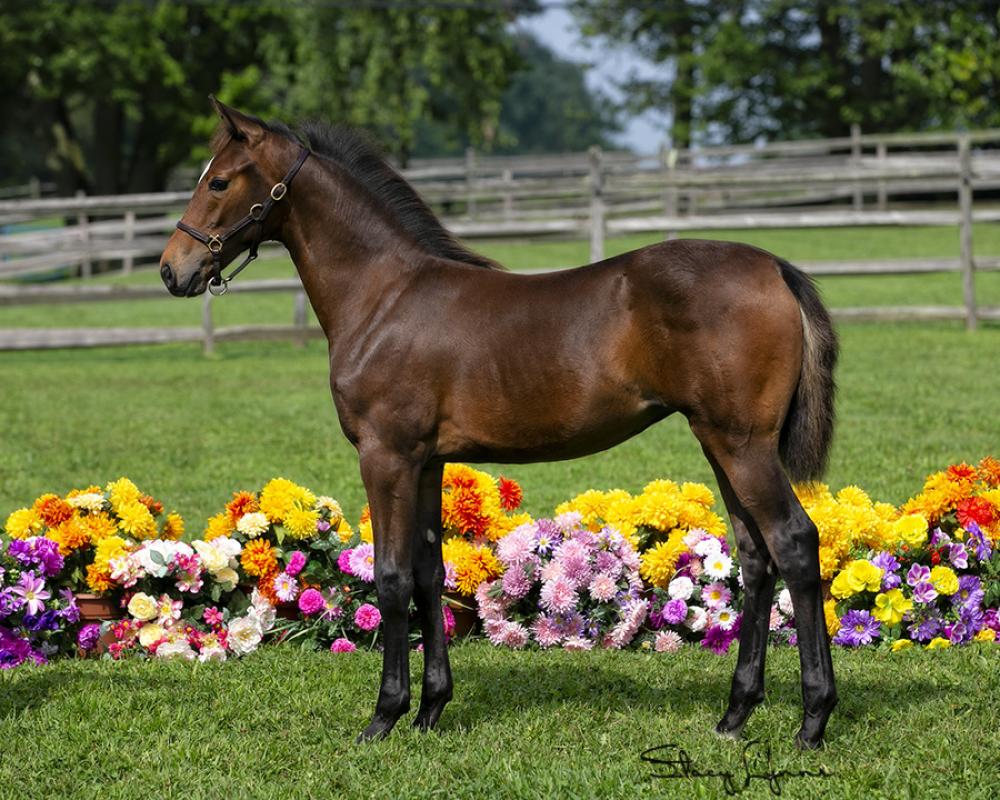 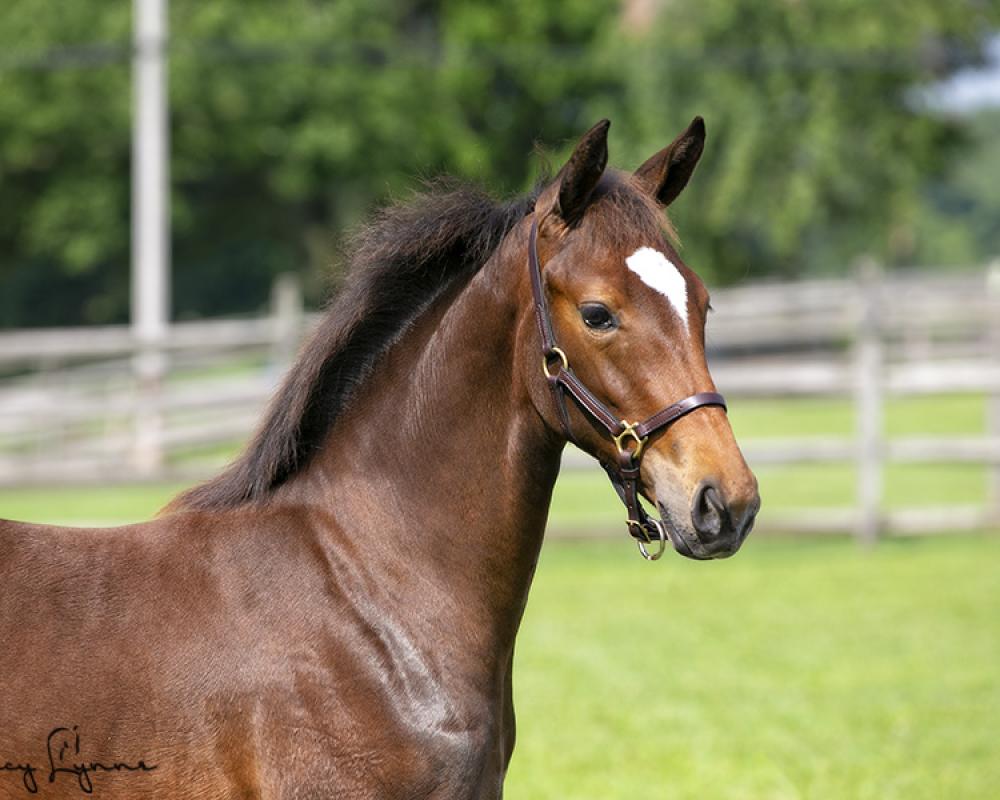 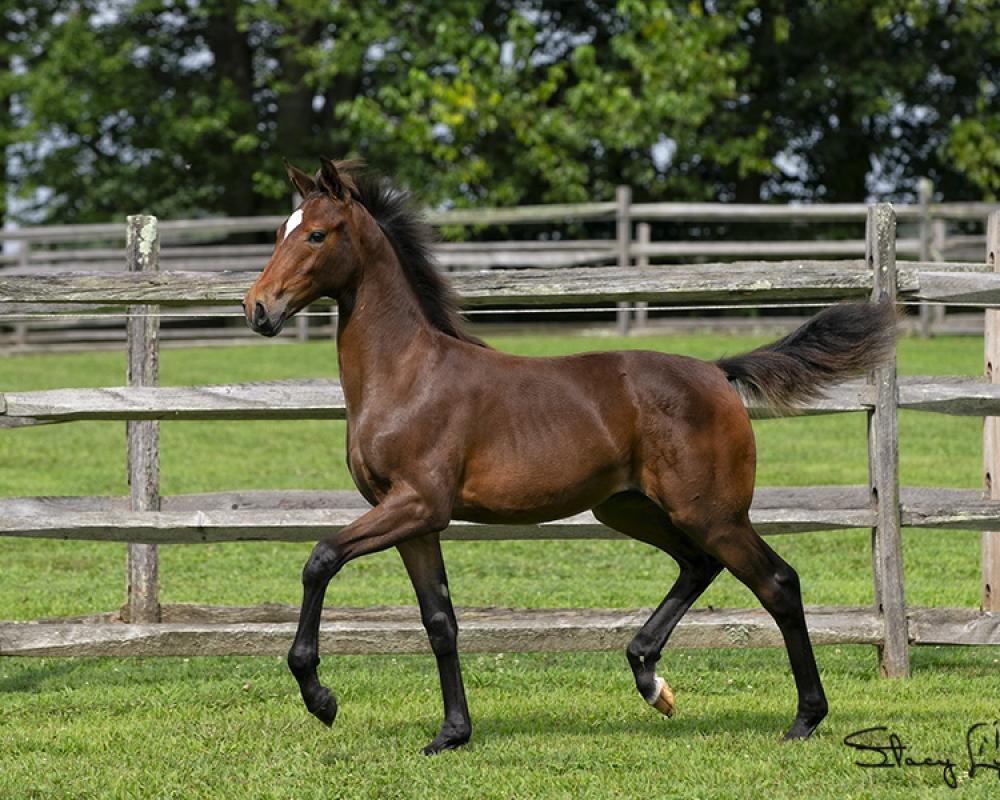 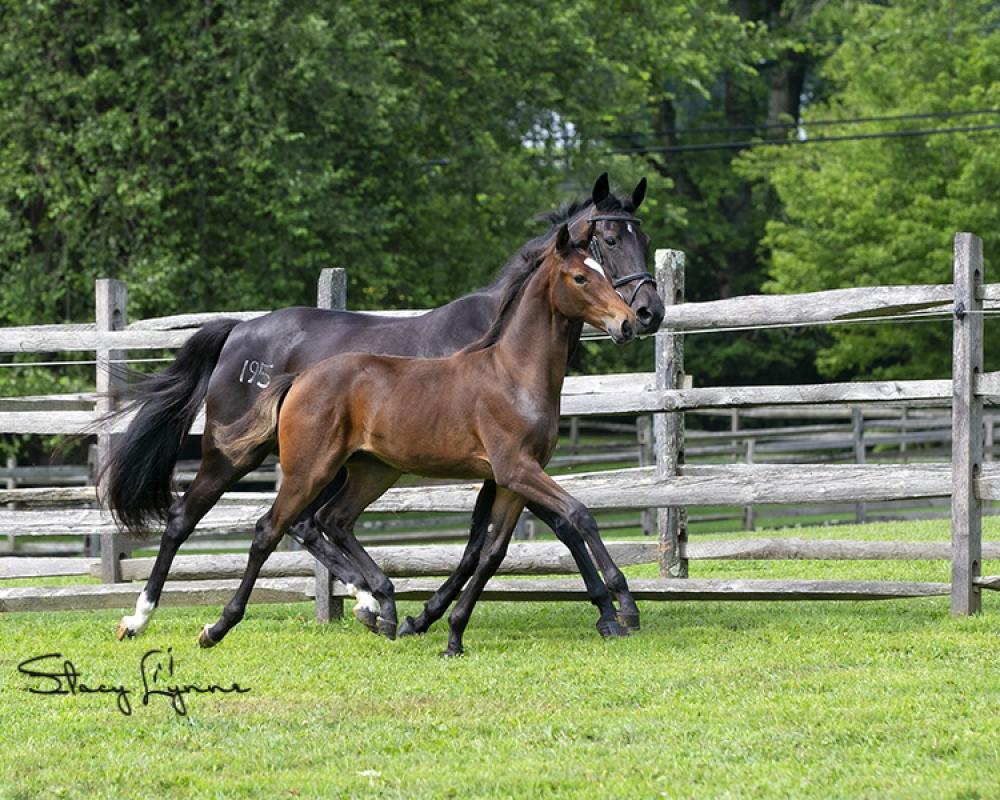 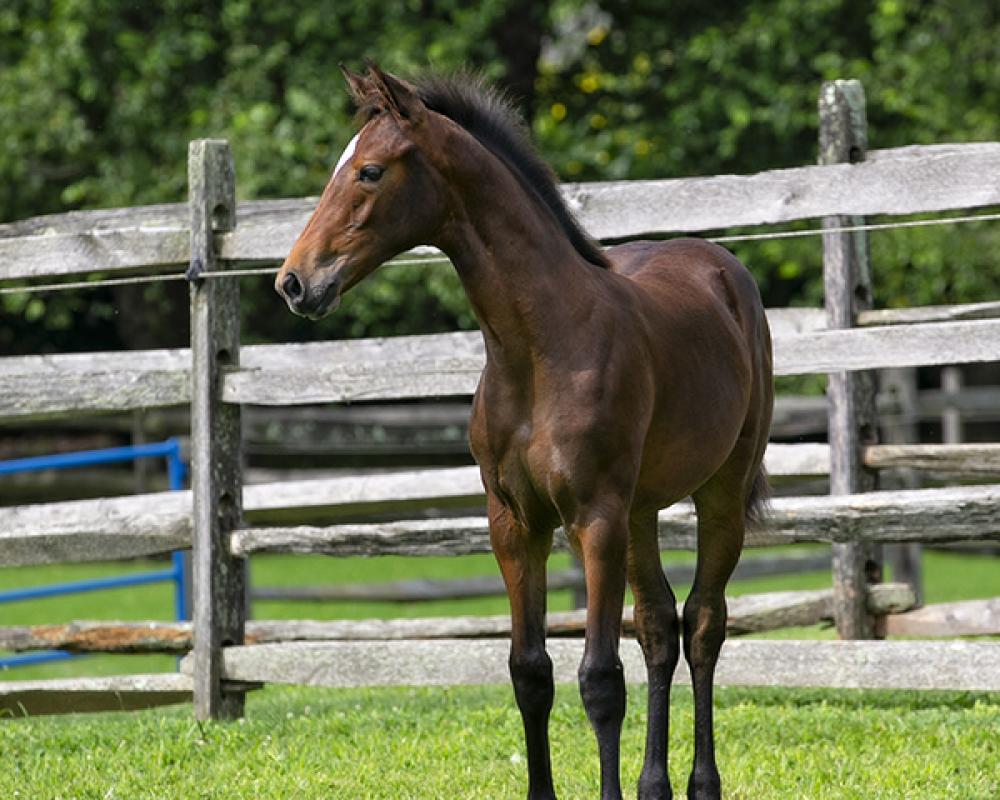 Patchouli ISF is a powerhouse 2020 KWPN-NA filly sired by the World Young Horse Champion Glamourdale and out of Kandyvrouwe, Star, by Glock’s Toto Jr. Correct in her conformation with attractive looks, Patchouli is inquisitive by nature and enjoys interacting with people. Her movement is elastic with nice articulation of the joints and good push from behind. With a pedigree that reads like a “who’s who” of modern KWPN Dressage breeding, Patchouli shows top qualities for future development in the performance ring.

Sire Glamourdale began his successful career as the Champion of the 2014 KWPN Stallion Licensing in 's-Hertogenbosch, the Netherlands. In 2018 he won the World Champion title for 7- year olds with a perfect 10 on his ground covering, uphill canter, and a 9.8 on his powerful trot. He is now successful at Small Tour level with scores above 70%. Glamourdale is sired by the highly regarded breeding stallion Lord Leatherdale and is out of the Preferent/PROK mare Thuja, herself a full sister to the Grand Prix stallion Numberto. Thuja is a daughter of Grand Prix stallion Negro, the sire of the famous Olympic Gold Medal winning horse Valegro.

The dam, Kandyvrouwe, Star, is a daughter of the popular performance horse and sire Glock’s Toto Jr, a combination of the international Grand Prix stallions Totilas and Desperados. Toto Jr. achieved success as a young horse, winning his stallion performance test and also the PAVO Cup in consecutive years. He made his Grand Prix debut in 2020 under Edward Gal, scoring 79.43%. Kandyvrouwe is out of the Elite/Sport mare Fergievrouwe, by Bordeaux, now successful through PSG/I1 level. Kandyvrouwe’s grandmother, Thaliavrouwe, is a full sister to the Grand Prix horse Glock’s Undercover and also produced the Grand Prix gelding Zhivago and the approved breeding stallion Amazing Star.