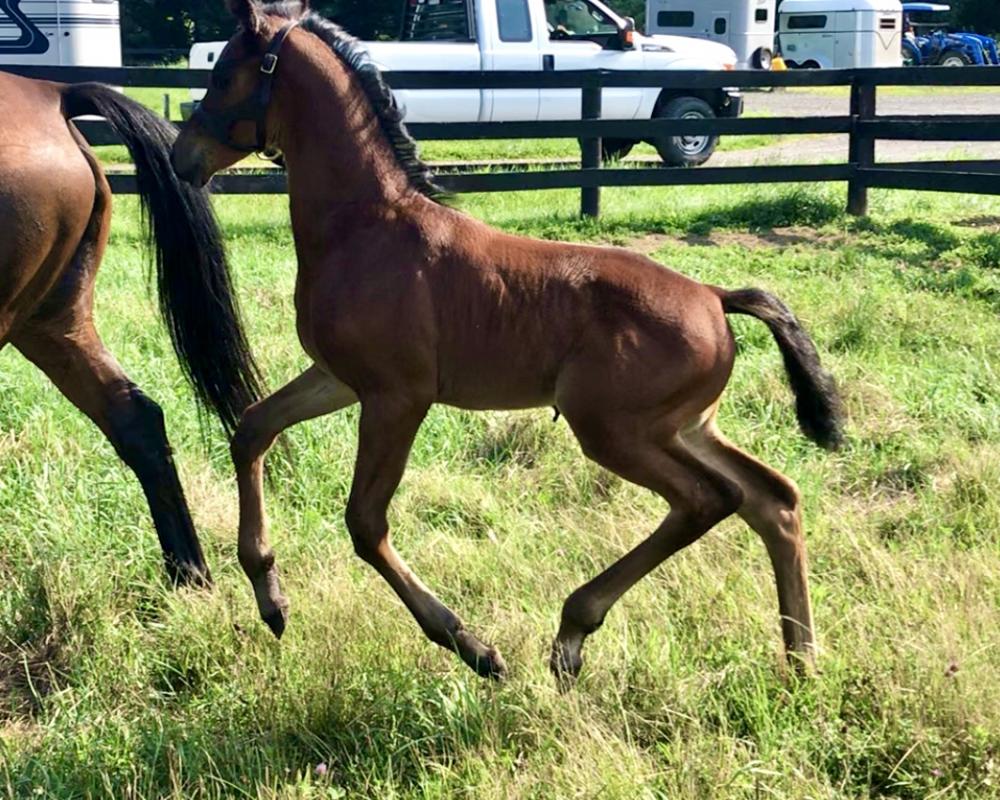 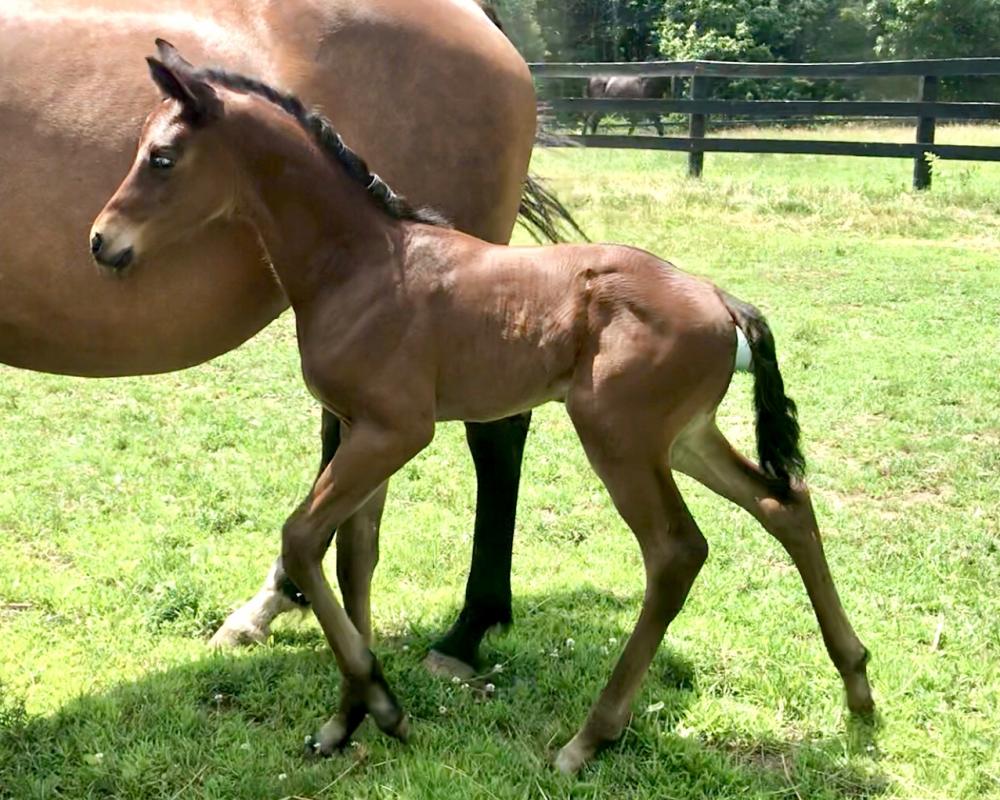 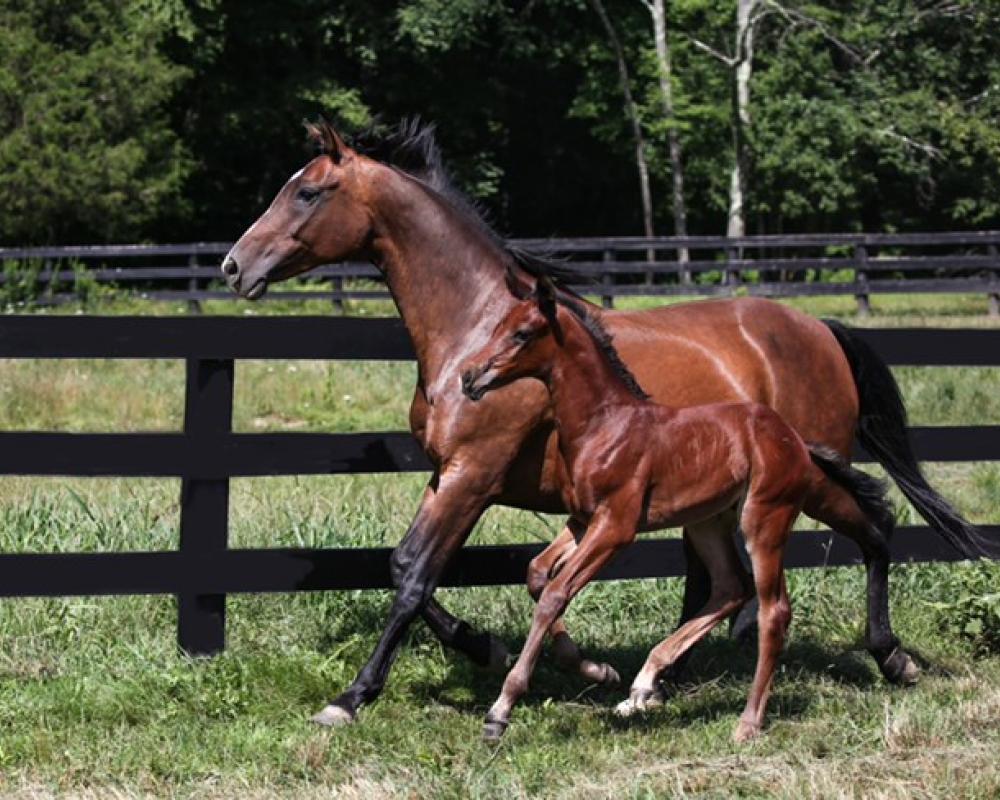 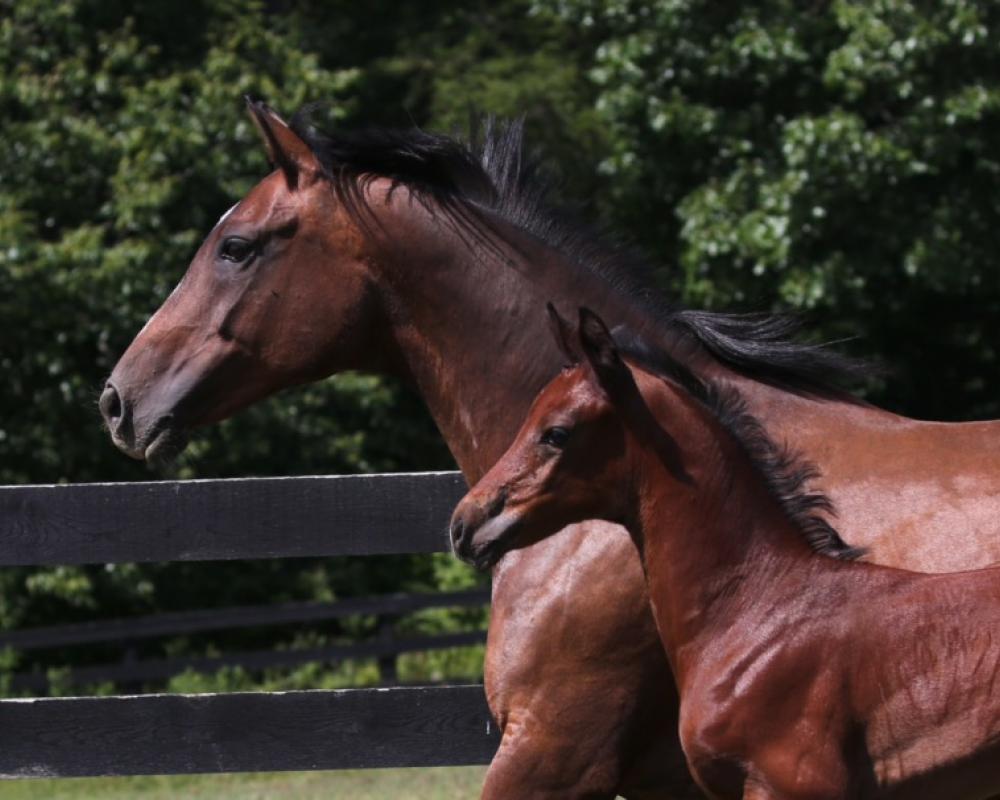 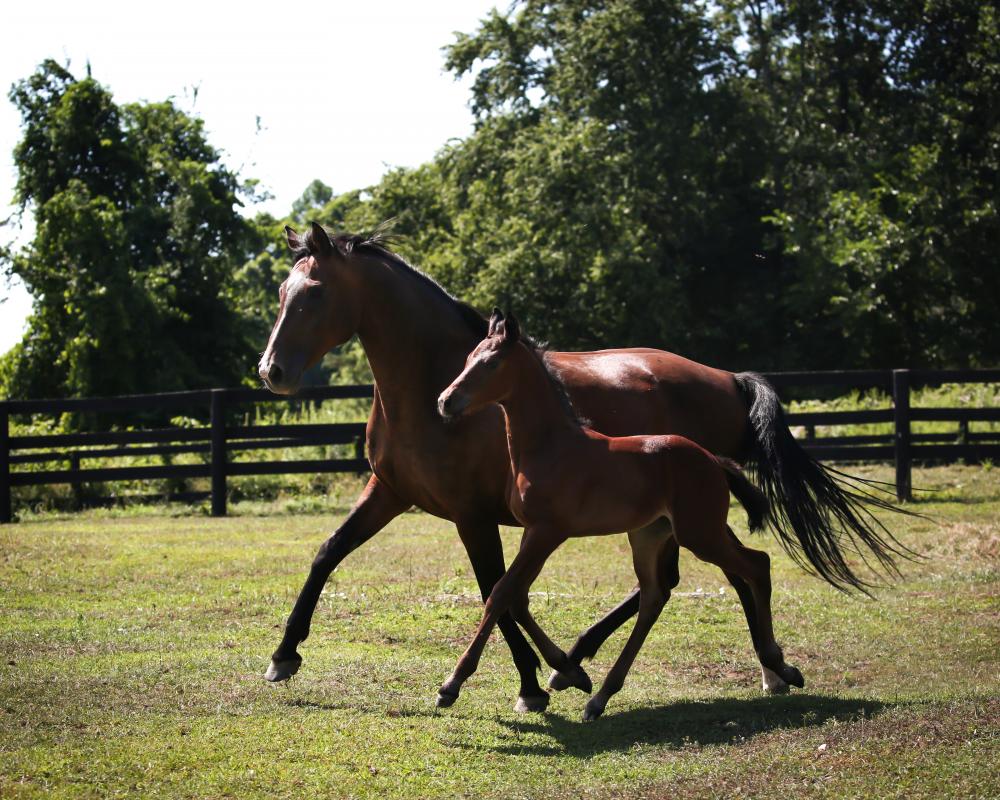 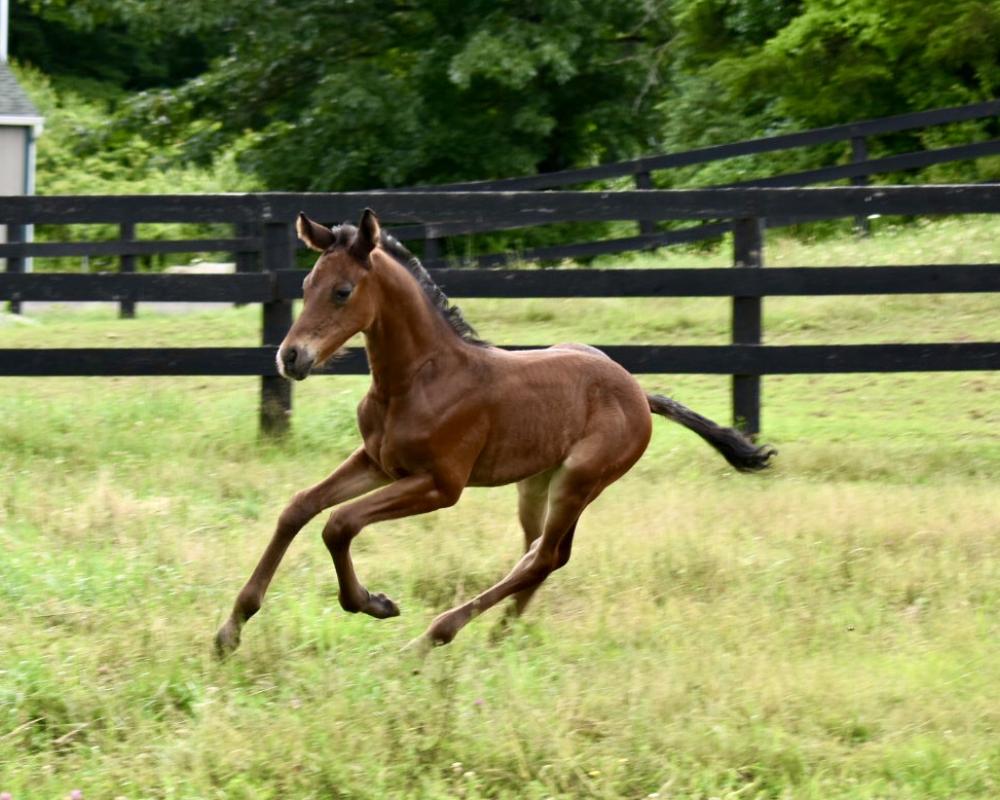 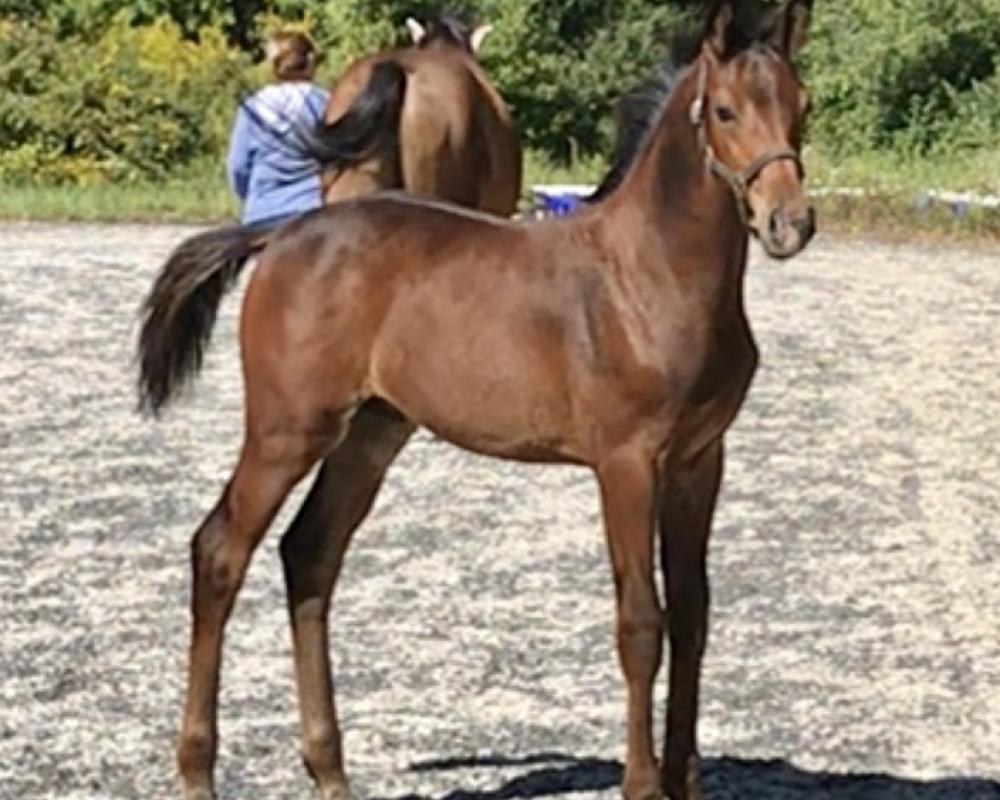 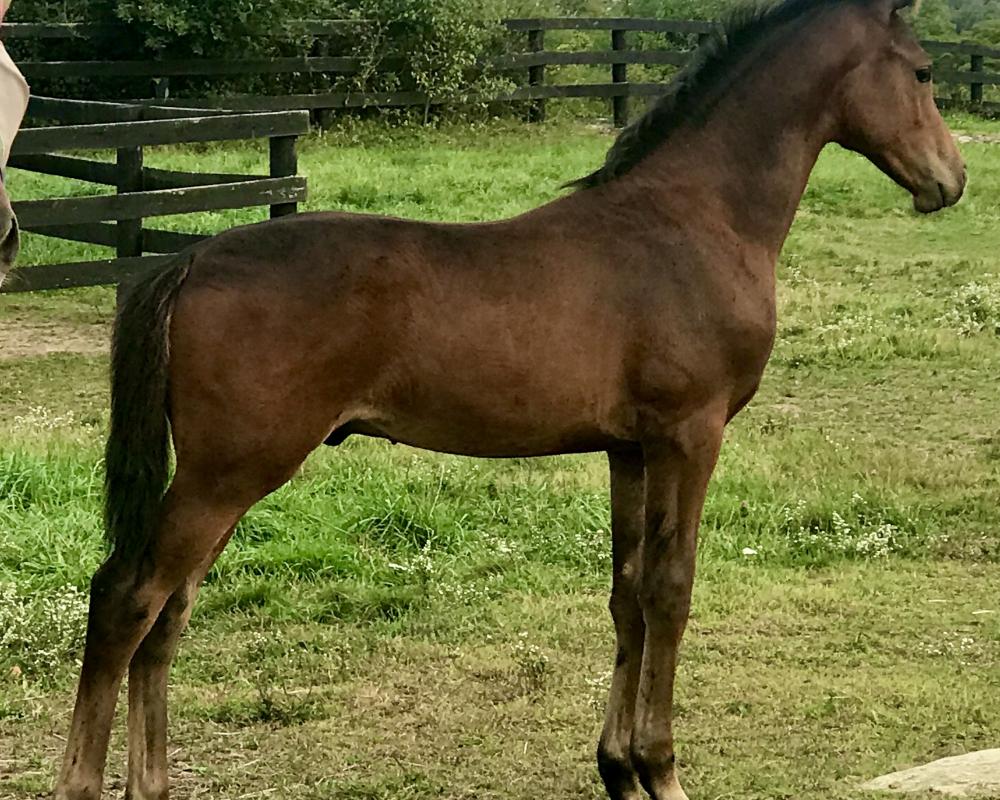 SALE PENDING... Beautiful, athletic colt by the gorgeous stallion Special D. This handsome guy has a bold, inquisitive personality, he is smart, very willing and Super trainable at only 1-month old. He has a great presence and has the right amount of knee in the front and activity in the back. He will be a fantastic Dressage prospect with a strong motor behind and is already practicing his pirouettes.

He has a modern and athletic frame; long lined and leggy colt with a very pretty head, very much like his half sibling Olliver’s Best (who was the KWPN/NA inspection site champion last year and scored 80 for confirmation).

Sire Special D competed through upper levels and schooled all of the Grand Prix. He is a fantastic source who passes on his stellar character to his offspring.

Dam Avelina, Ster was the Reserve Champion Dressage mare of the KWPN/NA keuring tour. She consistently produces tall, leggy, correct, athletic offspring. She has offspring competing in jumpers and dressage.

Half brother to this colt is the 2019 gelding Olliver’s Best who was the Champion Dressage horse at his KWPN/NA inspection. This colt is very similar in type.