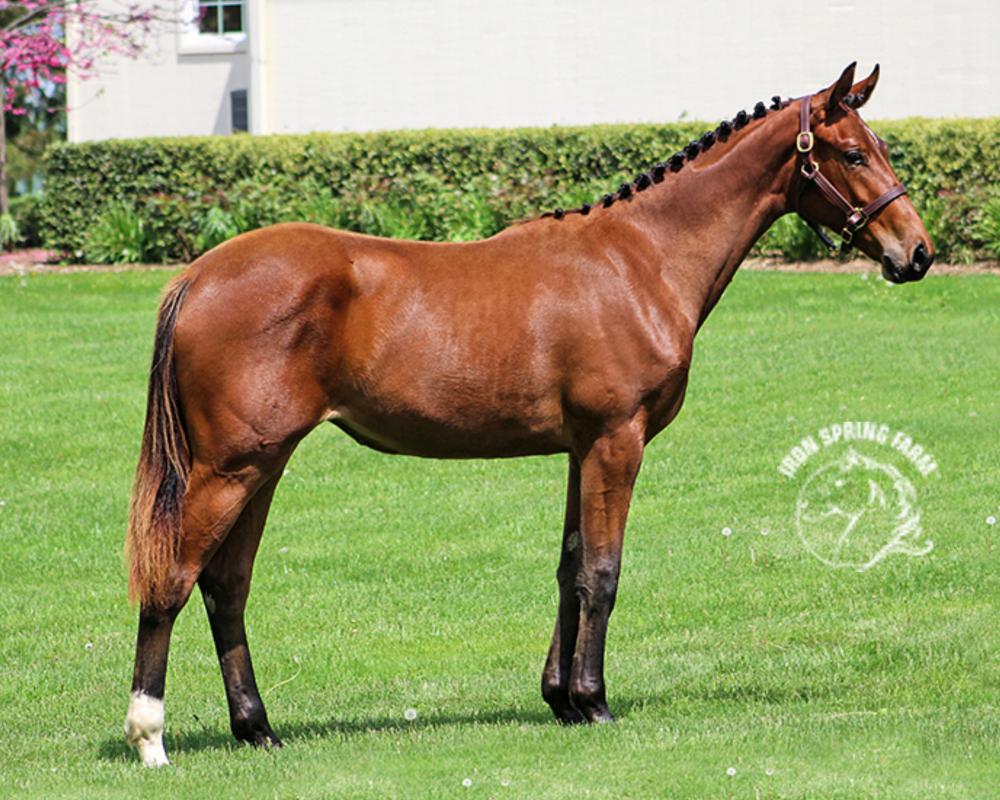 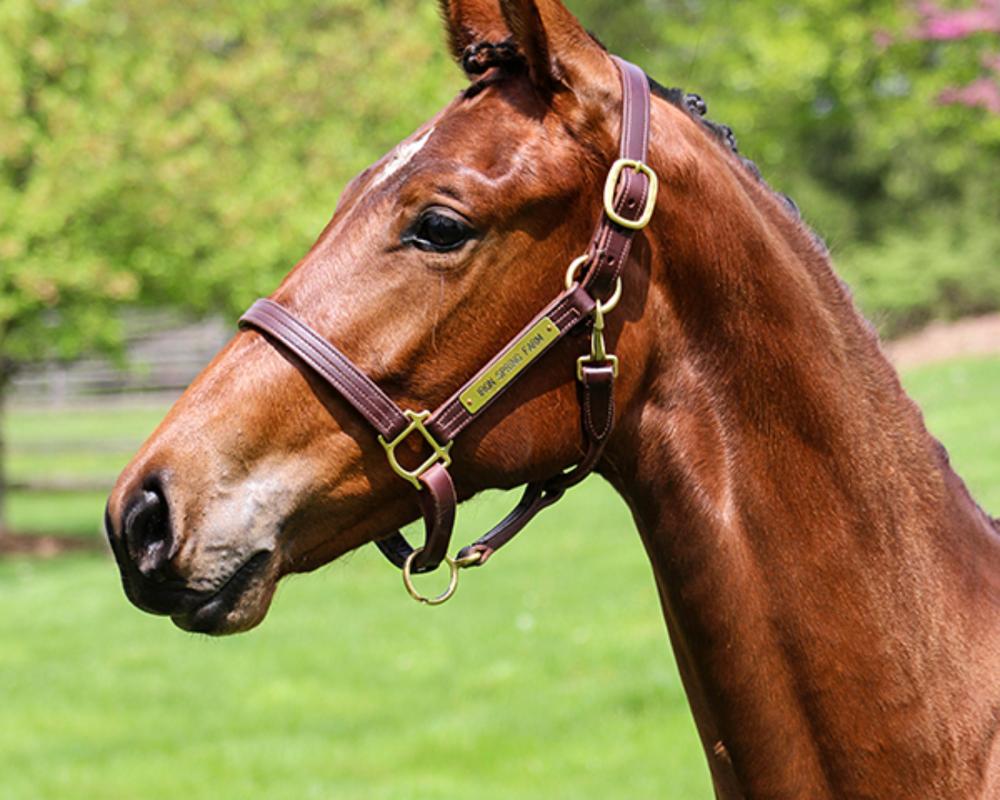 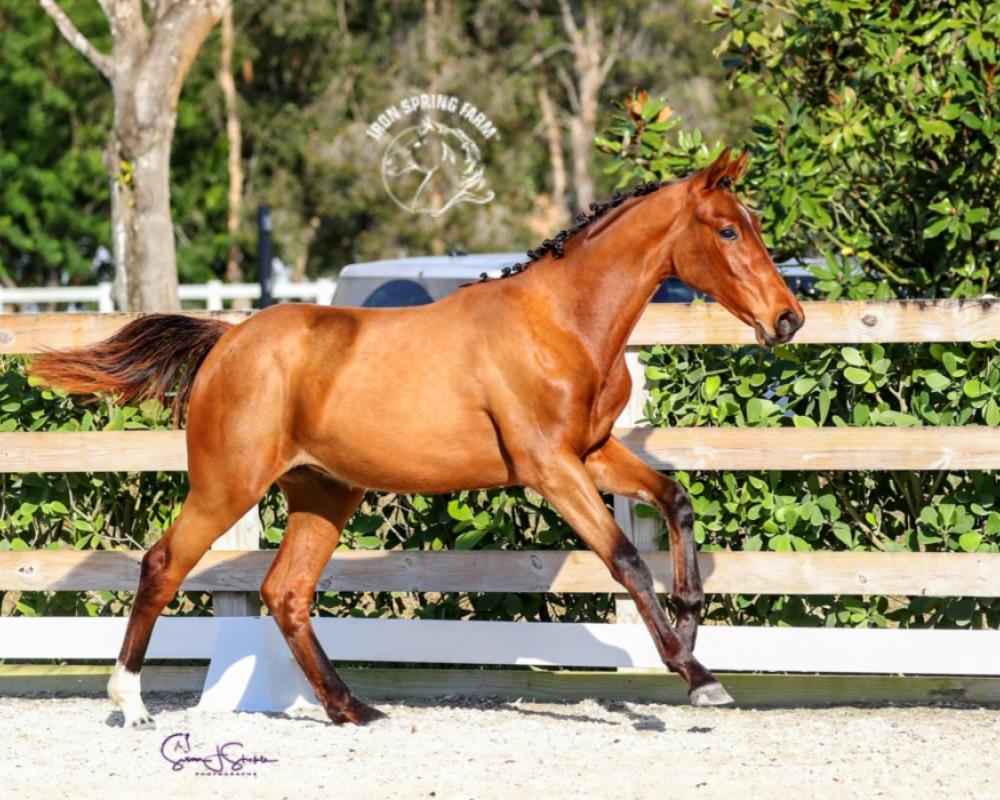 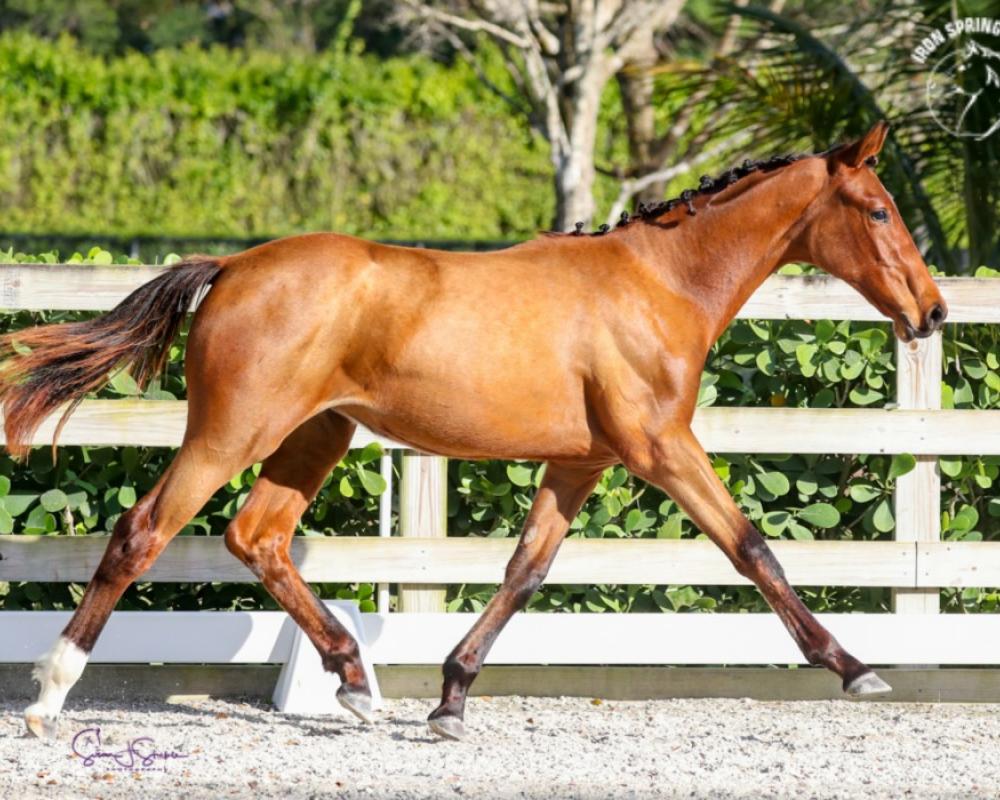 Penelope ISF is a lovely 2020 KWPN-NA filly by Valverde and out of Arya CF, by Roubaix CF. A solid representation of her performance-proven pedigree, Penelope shows well balanced movement in all three gaits with nice suppleness through the body and good articulation of the joints. Penelope is a tall, long-legged filly with harmonious conformation, feminine expression, and a big, kind eye. She is wise beyond her years with exceptional manners and is familiar with cross-tying, grooming, bathing, clipping, trailer loading, and leads like a mature horse. A top quality performance horse prospect, Penelope is a special offering of one of the few Valverde offspring currently available in the US.

Valverde began his successful career as the Champion of the 2016 Westphalian licensing in Münster-Handorf. Meeting early expectations, he finished his stallion testing in Denmark with an overall score of 9.23, including 10s on walk, character, and conformation. Valverde has had unprecedented success in riding horse classes, winning Silver at the 2018 Bundeschampionate for Four-Year Old stallions, placing 4th at the 2019 World Young Horse Championships, and being named Westphalian Champion in 2018, 2019, and 2020. He has produced numerous show winners and high-priced auction foals, including the top knock down price of $79k euros in the 3rd Helgstrand-Schockemöhle Online Auction. Valverde is sired by the highly popular breeding stallion Vitalis who showed successfully at International Small Tour Level. His dam, the States Premium Mare Amicella, by Ampere, showed to I1 level.

Penelope’s dam Arya CF is an elegant mare with a high degree of rideability that showed good gaits under saddle and nice form and instincts over fences. Her sire Roubaix CF competed to PSG/I1 level and is a direct son of the noted Grand Prix horse and breeding stallion Rohdiamant, who sired over 50 licensed stallion sons and over 100 offspring successful to S-level Dressage.

Arya’s dam Fiderline was Champion of her German Oldenburg Verband mare performance test with an overall 8.14, making her the top scoring Oldenburg mare in North America for that year. Fiderline produced numerous Elite and Premium offspring, including MW Ave Maria who placed 3rd at the 2020 USEF Developing Prix St Georges Championships and was also named to the USEF Kundrun Developing Team for a possible bid for the 2024 Paris Olympics.