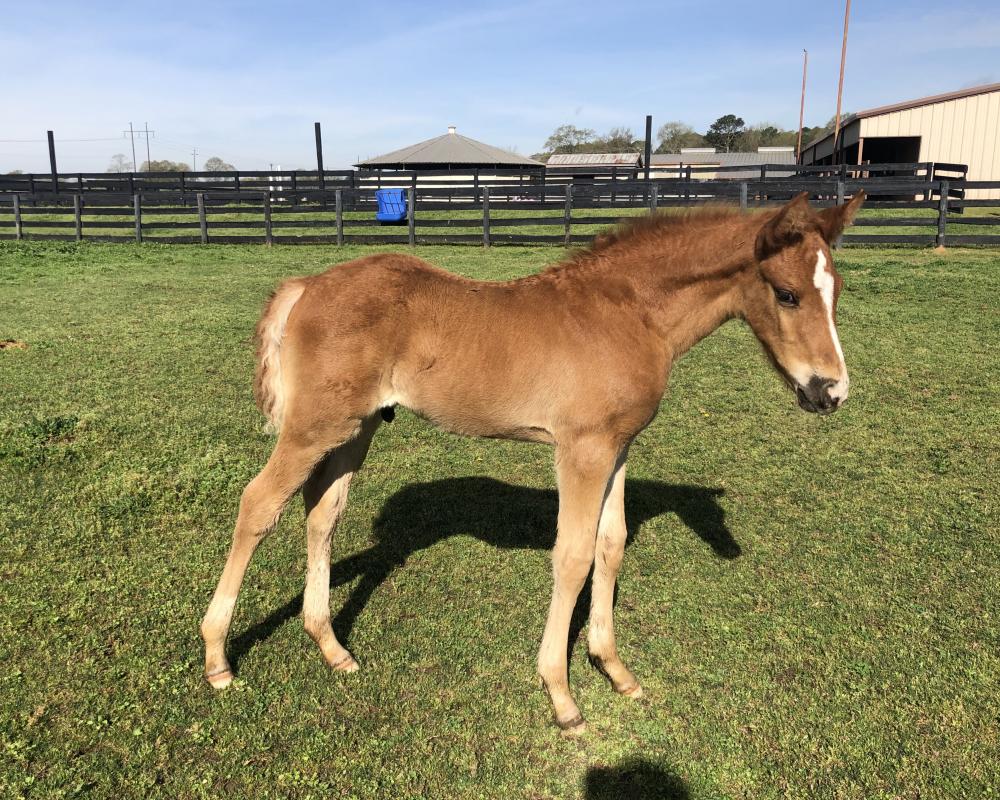 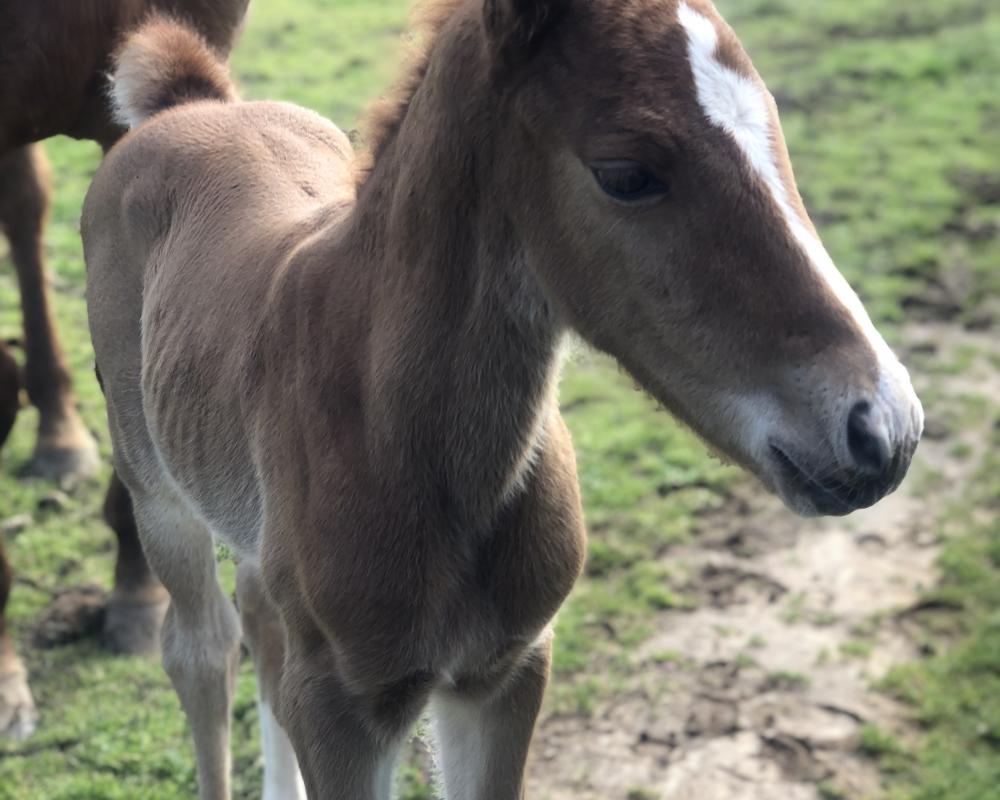 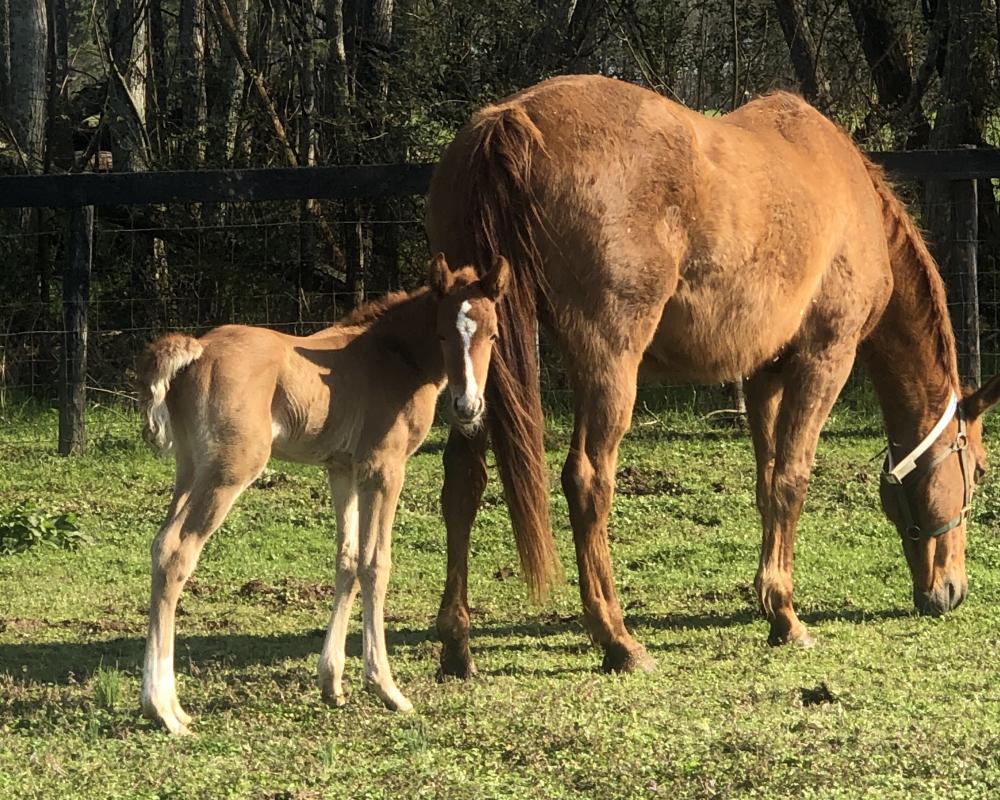 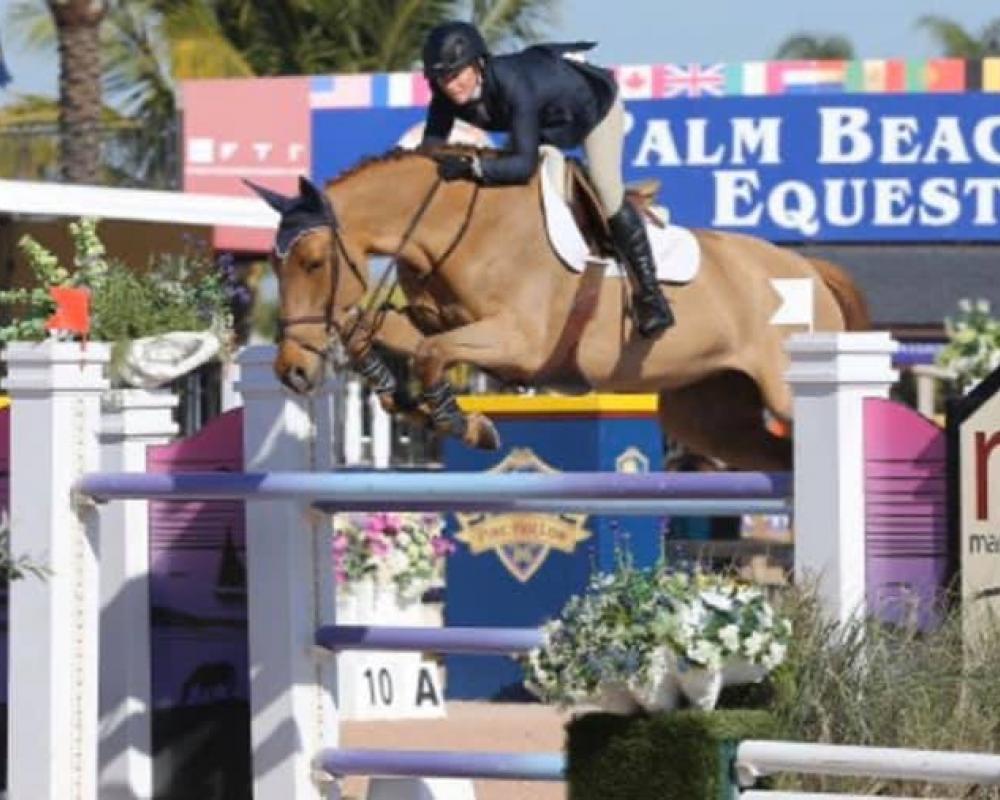 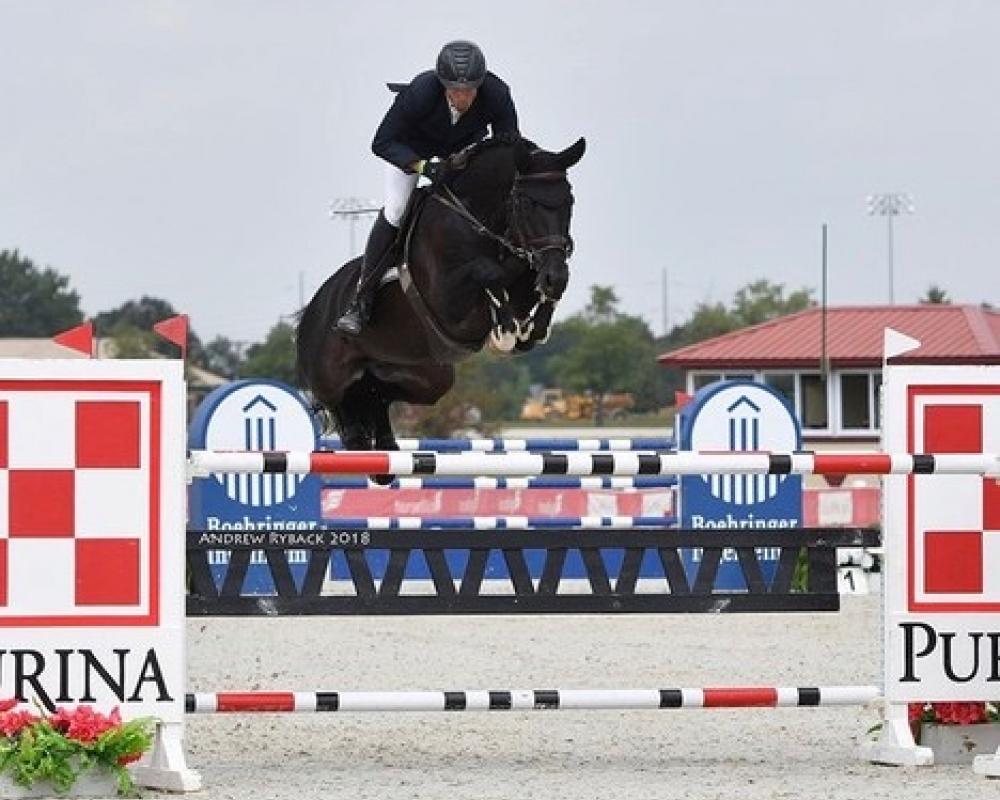 Flashy chestnut colt with a pedigree packed full of jump! Percy's sire is the young stallion Damokles (Ukato by Stakkato x Goodwill) who is currently competing - and winning - in the Grand Prix.

About Damokles (from his website): "The talented and athletic Damokles was five-star placed and jumped the Longines FEI Jumping World Cup™ New York at the American Gold Cup within two months of debuting at the international level.

​Damokles is by Ukato, one of the most talented and successful sons of the great Stakkato. His dam is the KWPN mare Orindy, a productive broodmare who has produced no less than three internationally competing offspring, all by Ukato."

But maybe more importantly, Percy descends from an INCREDIBLY strong and influential damline. His mother Boomerang (Didaji ter Doorn) is sired by the great Nabab de Reve and was herself a winner at the 1.45m. Her dam (by Baloubet du Rouet) competed internationally at the 1.55m; granddam competed at the 1.3m; great granddam produced the dam of Vigo D'Arsouilles - winner of the gold medal at the World Equestrian Games in Kentucky in 2010.

Percy is bred for the big jumps! He's flashy, has amazing balance and is a sweetheart. HIs sire is 16.1 and his dam is 16.2, so we expect he will finish up around the same size. He will be registered KWPN, and price includes board until he is weaned at or around 6-7 months.

For more information on Perseus PS or our other 2020 foals, visit www.preludesporthorses.com.