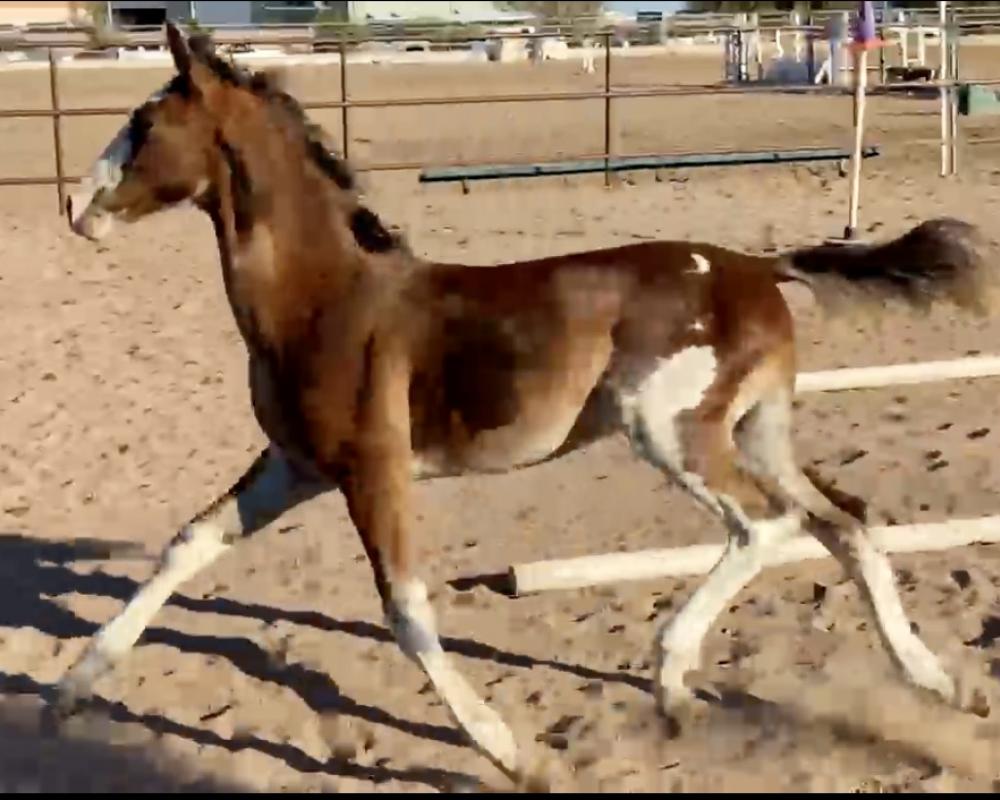 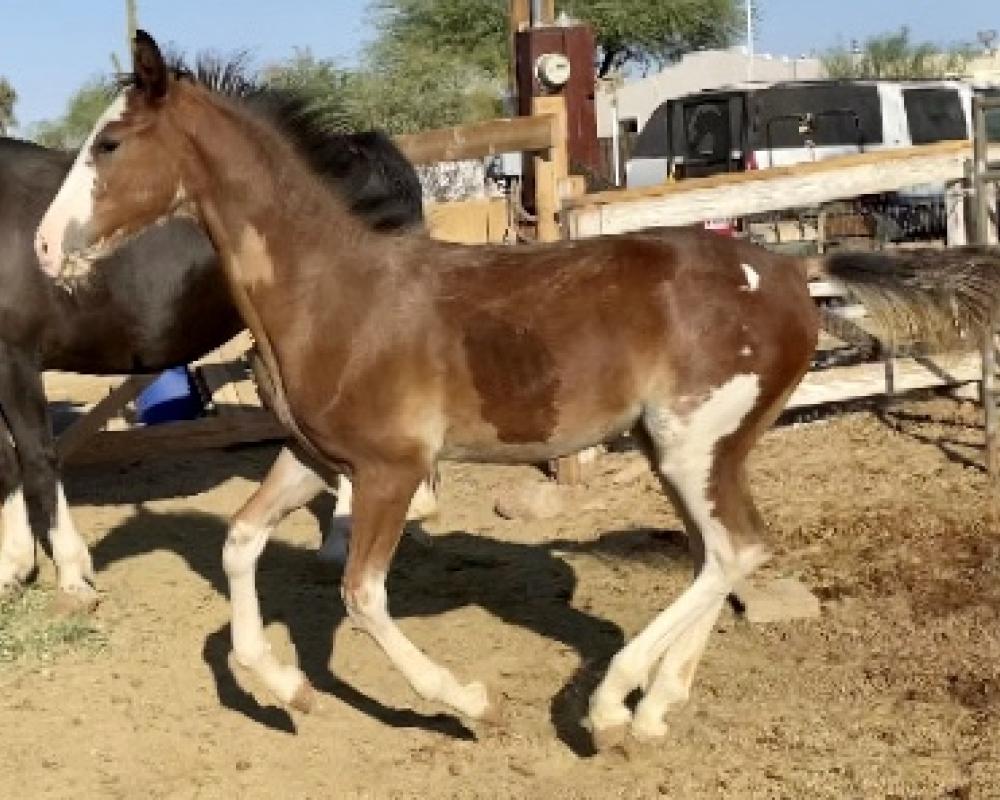 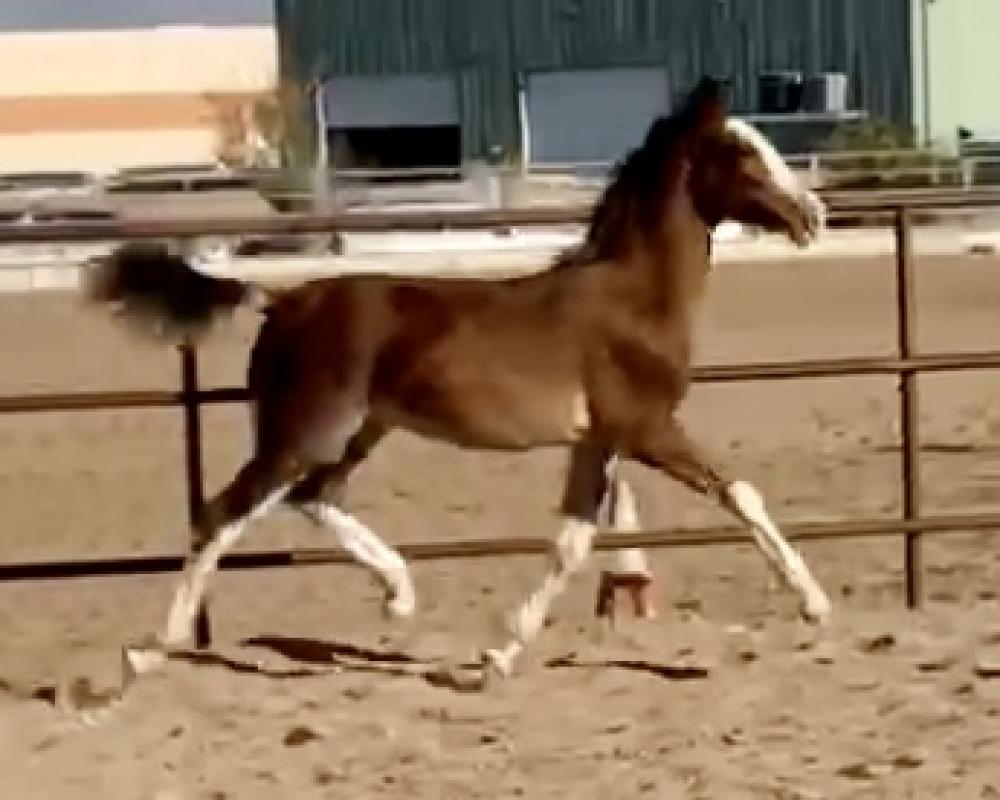 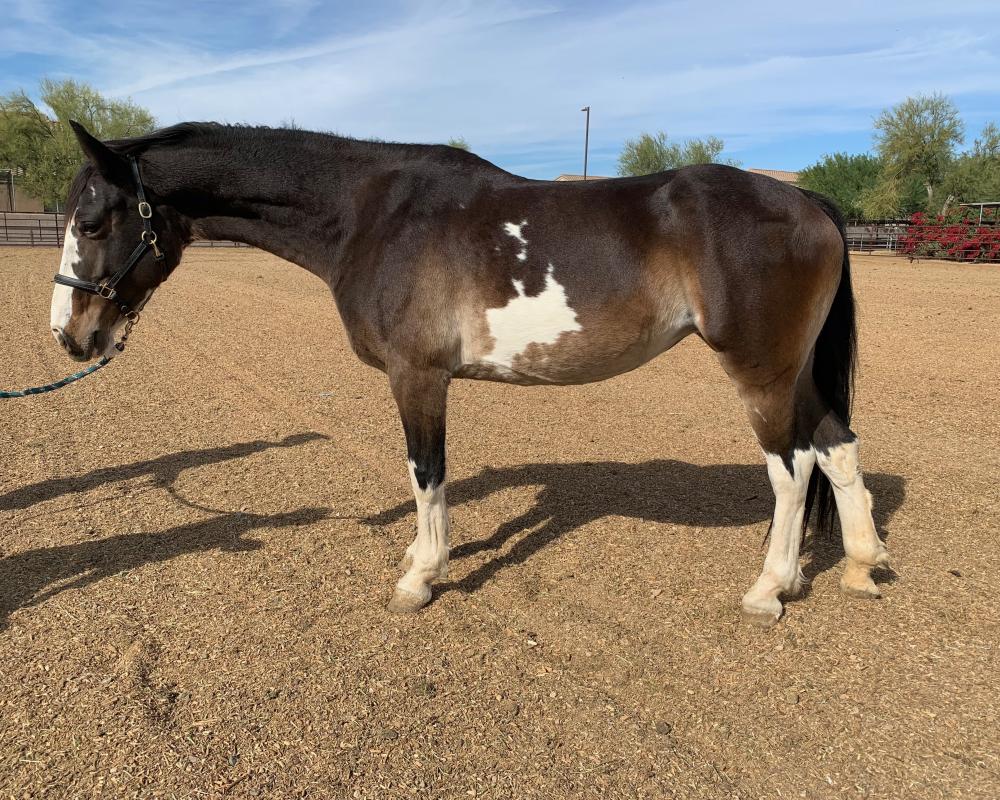 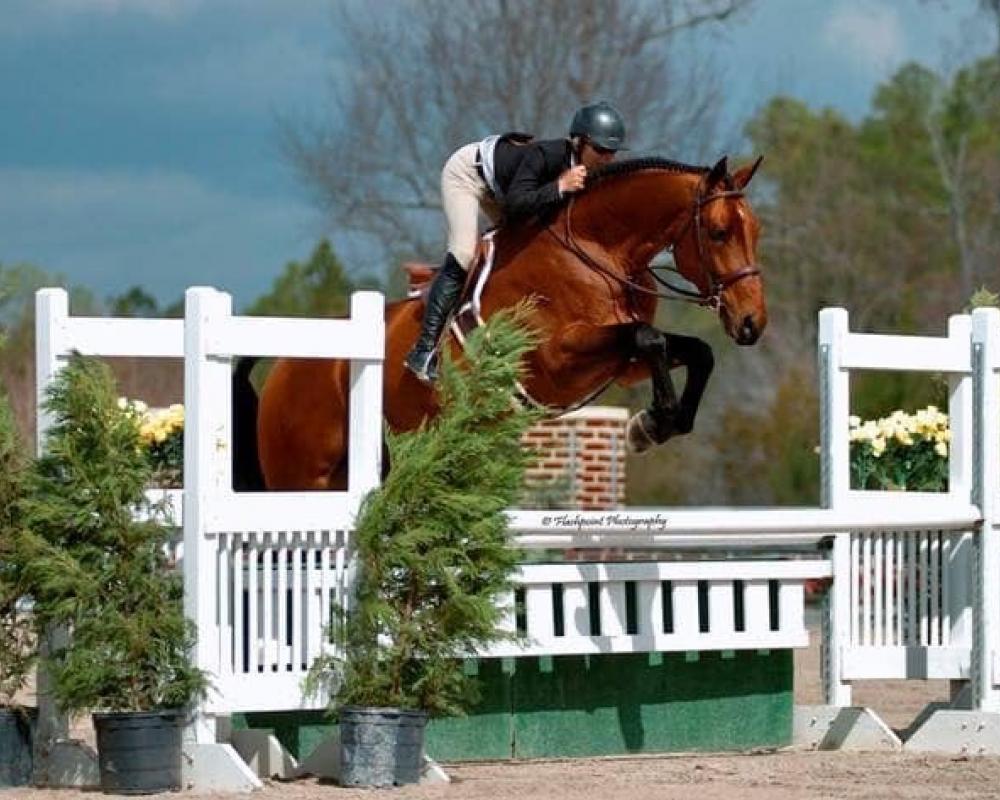 Stunning Flashy KWPN Stallion Prospect by Figaro B(by Pavarotti vd Helle)! Tons of presence! Huge step and elastic shoulder! And yes he has a HEART on his neck!

Precendent Set (aka Pacman) is a stunning colt born April 28, 2020. He is by Figaro B (by Pavarotti vd Helle) out of a my lovely KWPN mare Ivanka (by Dondersteen). He is going to be a big, strong boy! Mom throws quality bone and hooves to her foals, as well as a very elastic shoulder. Makes it very easy for them to jump the big sticks! And yes Pacman does have some somatic mutations on him that he will keep, including a light tan heart on his neck and a dark brown patch on his ribcage.

Figaro B speaks for himself. Figaro B’s sire, Pavarotti vd Helle has consistently produced offspring at the highest levels of both dressage and jumping competition including Quintus who placed 10th at the Beijing Olympic Games in showjumping. Pavarotti himself was the reserve champion of the jumping test for Rheinland and Westfalen as well as the BWP. Following a trailer accident, Pavarotti became a champion dressage performer. The descendants of Pavarotti are notable for their good looks. As well, they combine super movement with excellent jumping technique!

If you want a powerhouse stallion prospect Pacman is your guy! He should end up 16.2-16.3. He has been well handled since he hit the ground and is very affectionate. He has started going out to streth his legs and you can see his massive step and huge presence already at 9 days old! He will be registered KWPN-NA, will attend the keuring in September, and ideally would like him to attend the USDF breeders championships in september as well. He will then be available to go to his new home.