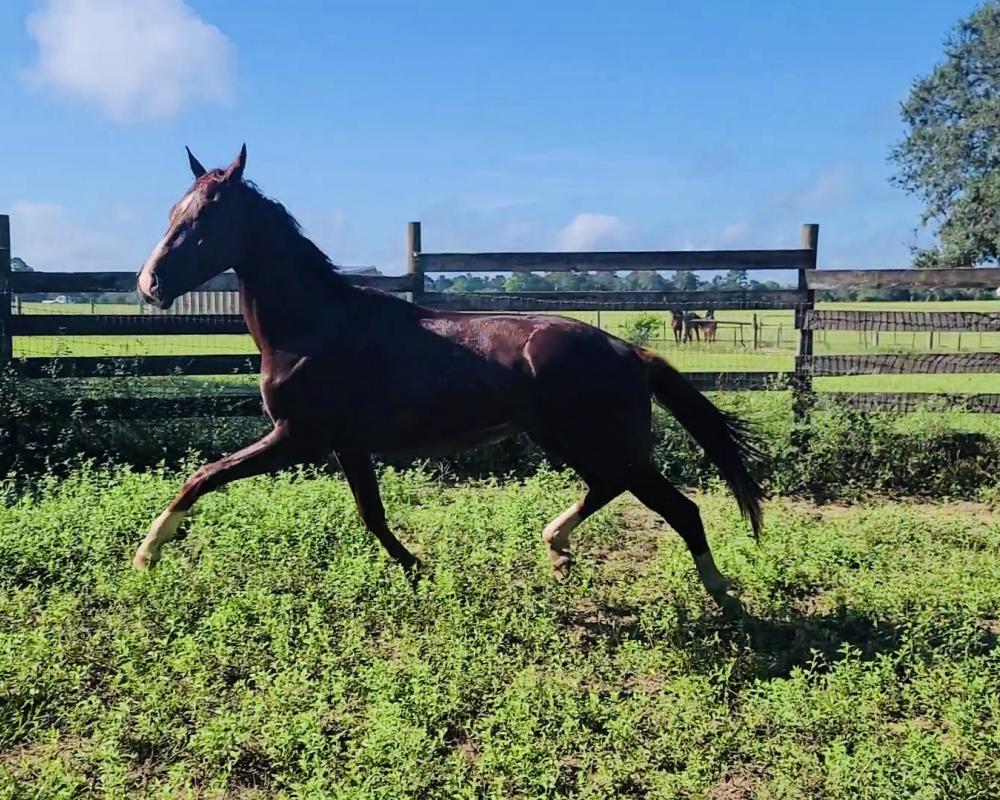 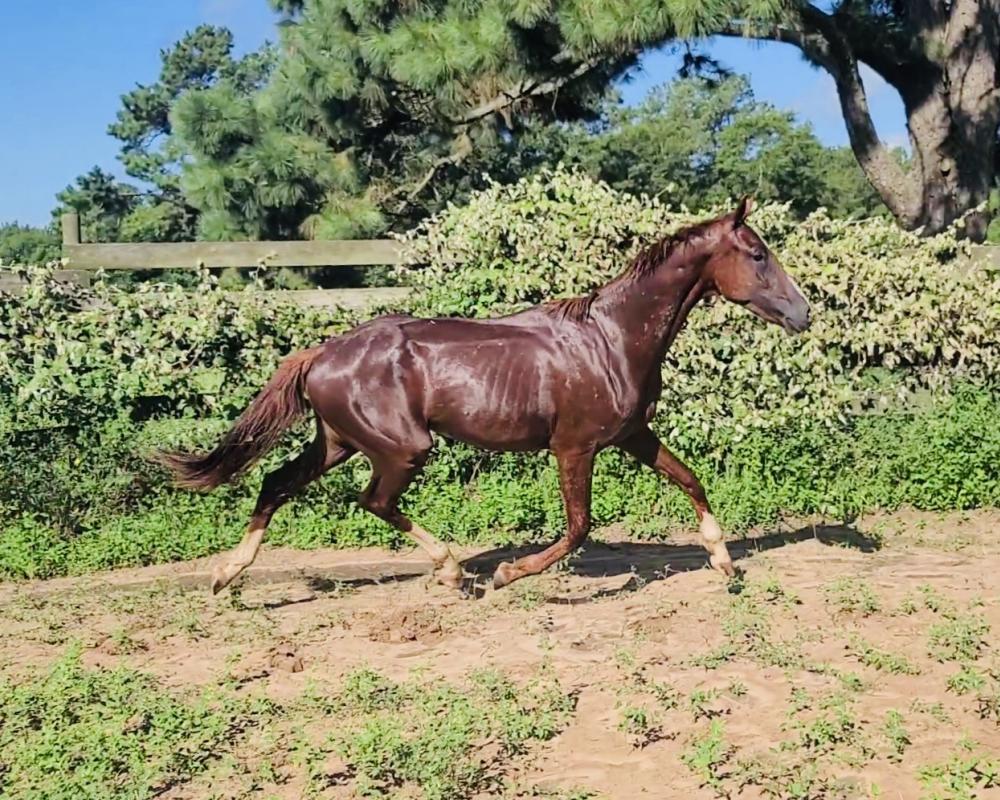 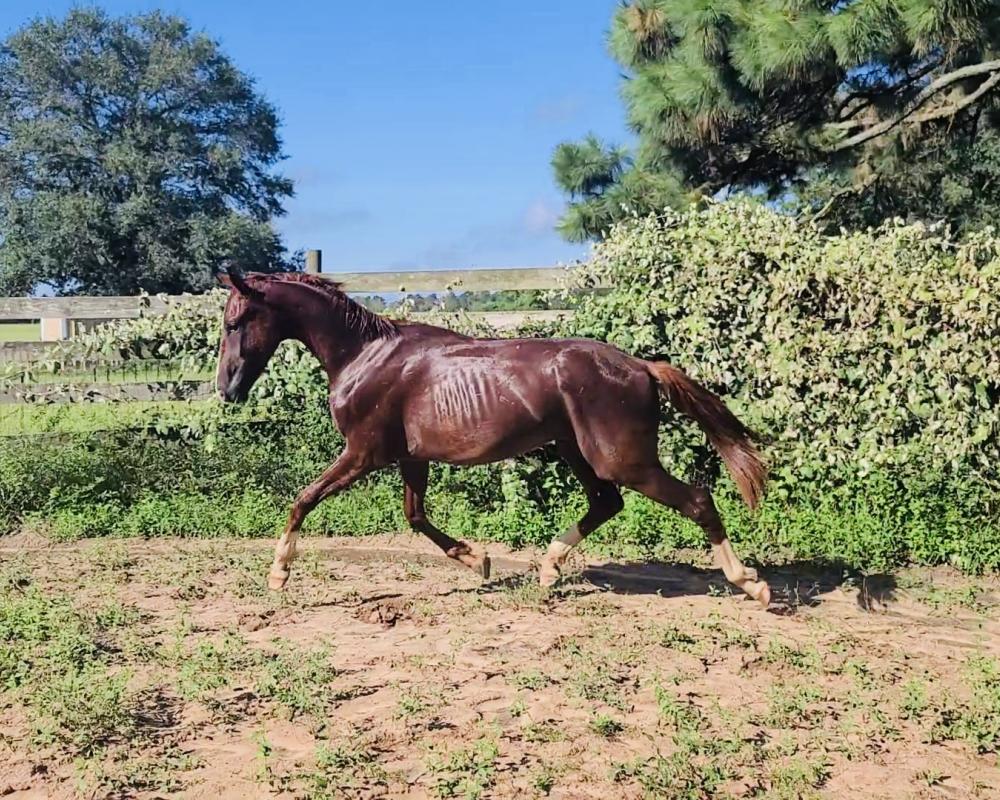 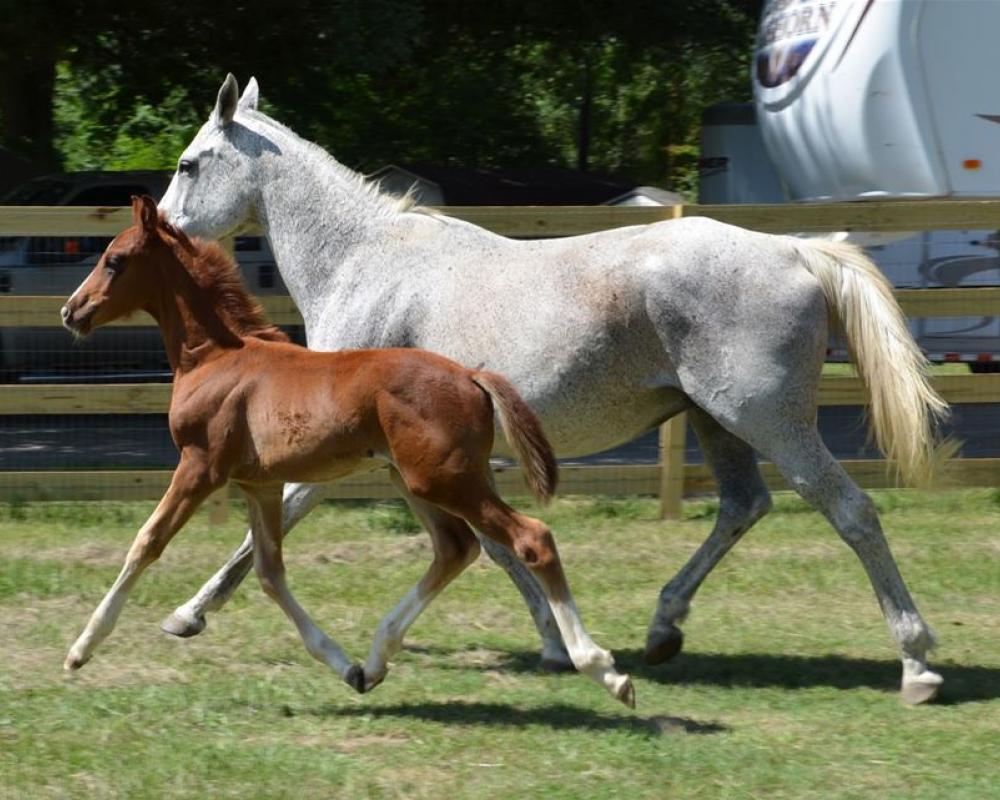 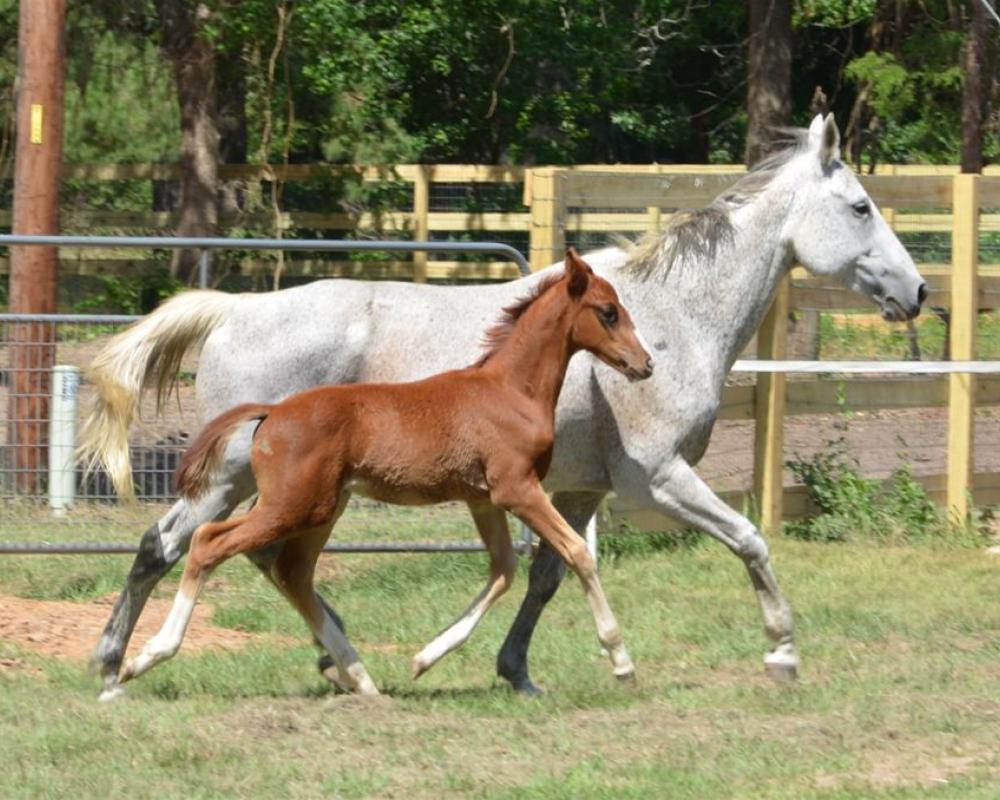 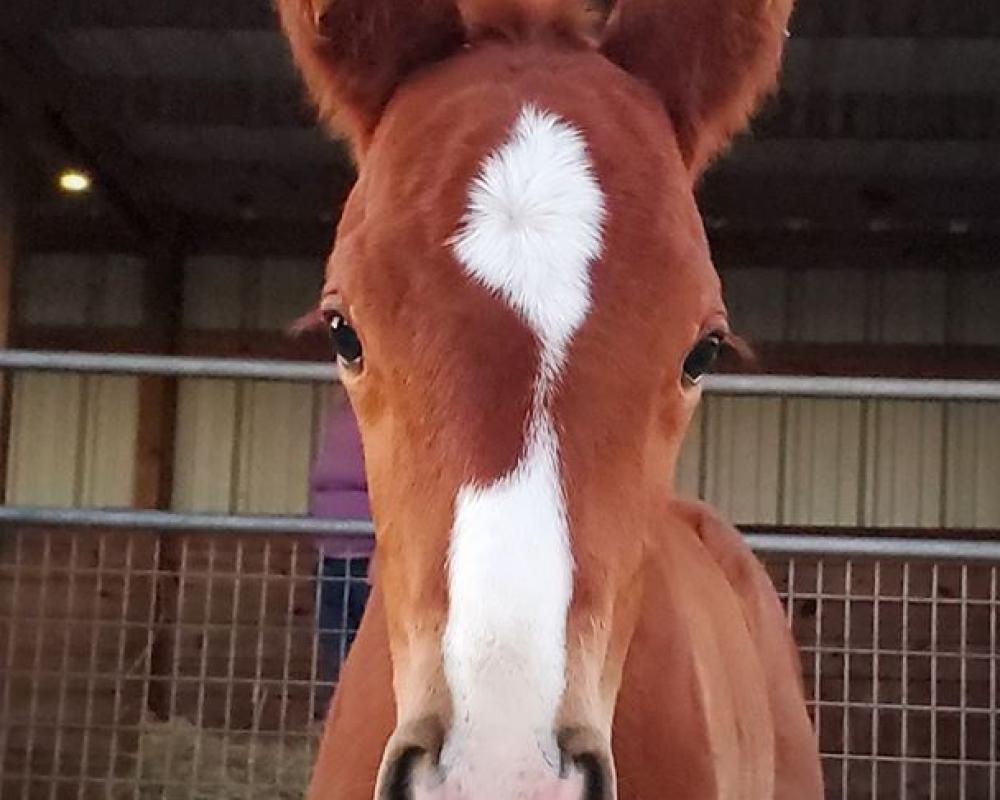 You won't be able to resist this adorable face when you meet him! On top of his good looks, he has an active hind leg with good suspension and lift in the trot, a rolling walk, and will have his sire's great collectibility.

Qash SDSF is a fancy chestnut colt by Grand Prix stallion Qredit (Quaterback/Dream of Glory) out of Ikaika (Ideal/Inschallah) a performance mare who competed through 4th level before joining the broodmare band. He has a microchip, basic ground handling, and is being raised on a small family farm in a setting that promotes trust and obedience.

Qash's sire is an outstanding young stallion. His offspring have won at Dressage at Devon, the USDF Breeders Series Championships, and his oldest are now winning undersaddle. At just 10 years old, Qredit has already been Grand Champion of Dressage at Devon, Champion of his 70-Day Stallion Test (earning ten scores of 9 or higher), Reserve Champion of the USEF Four-Year Old National Championships, winner of the Intermediate II Championship at the US Dressage Finals, and twice has been a USDF Horse of the Year winner. Qredit confidently stepped up to the Grand Prix level and has been selected for the USEF Development Program.

Qredit’s sire, Quaterback, was winner of the Bundeschampionat, his 30-Day Test, and is now competing at FEI levels. Qredit’s dam is by the Grand Prix stallion Dream of Glory, who descends from the legendary Donnerhall-Pik Bube combination. Dream of Glory sired licensed stallions, Bundeschampionat winners, high-priced auction offspring, and many Advanced Level dressage competitors.

IDEAL: Is a 5 star stallion who received Second Reserve Champion status at his 100 Day Stallion Testing. Awarded 9's in jumping and 8's in gaits by the German judges. He is a leading sire of Premium Foals for the ISR/Oldenburg N.A registry. His impressive pedigree includes Inschallah, Zeus, and Furioso.
His progeny display his excellence in conformation, excellence in performance testing, impeccable jumping technique. Above all, he is most known for his unique and willing temperament. And, that of being an improvement stallion. Often producing get as good as himself or better from a from a variety of mares.

His sire, Inschallah, is known for passing on his ideal temperament for successful sport horses: ride-ability and temperament. Passing on the tradition, Ideal’s offspring prove to be intelligent and tractable.