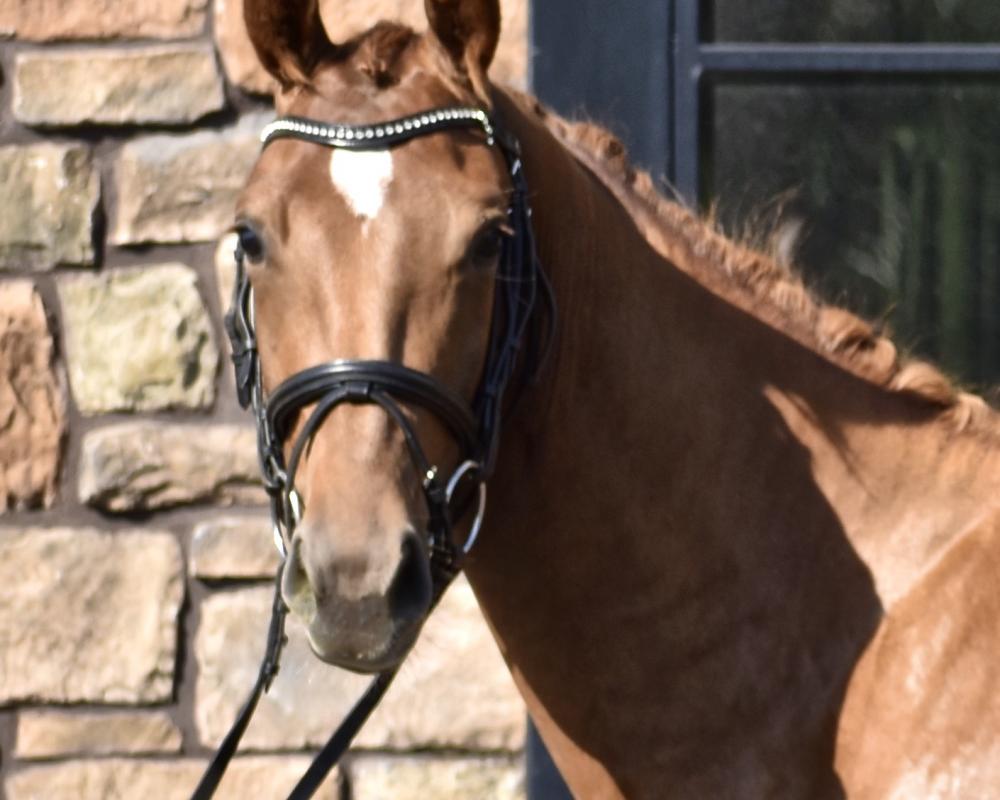 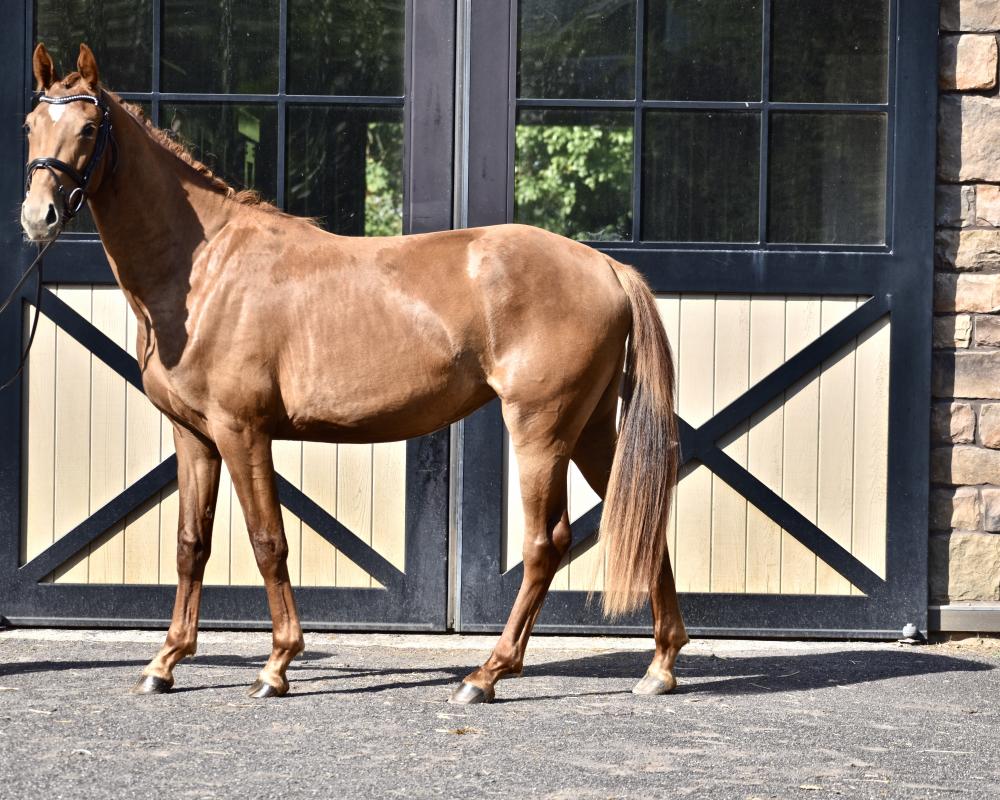 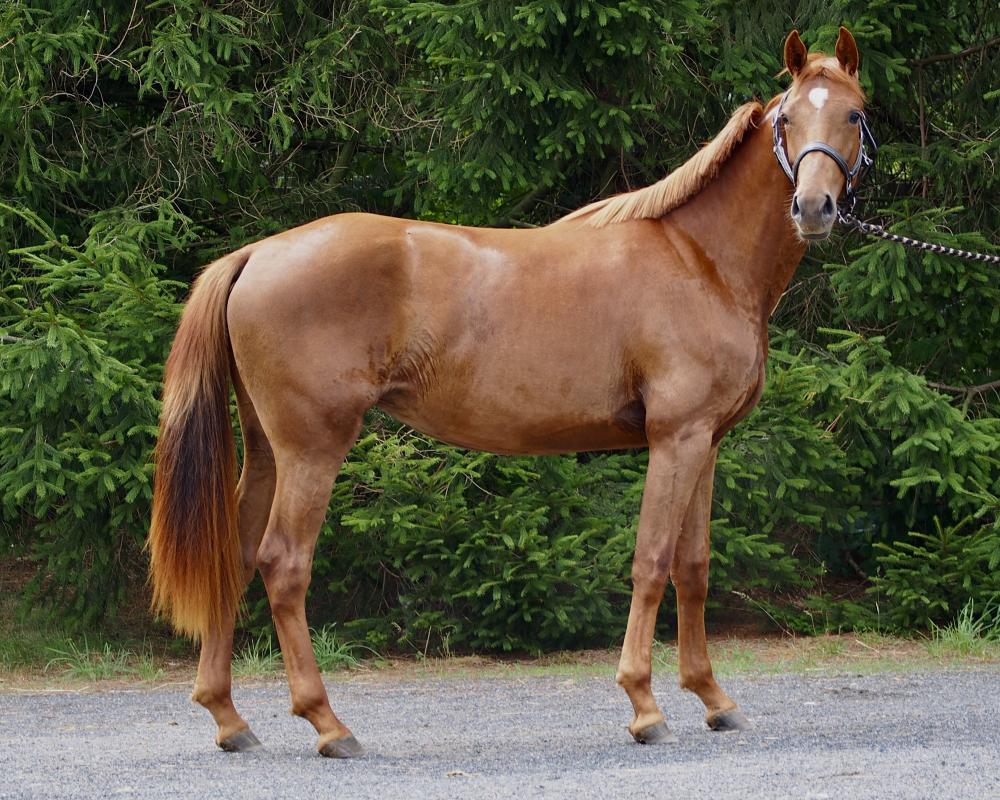 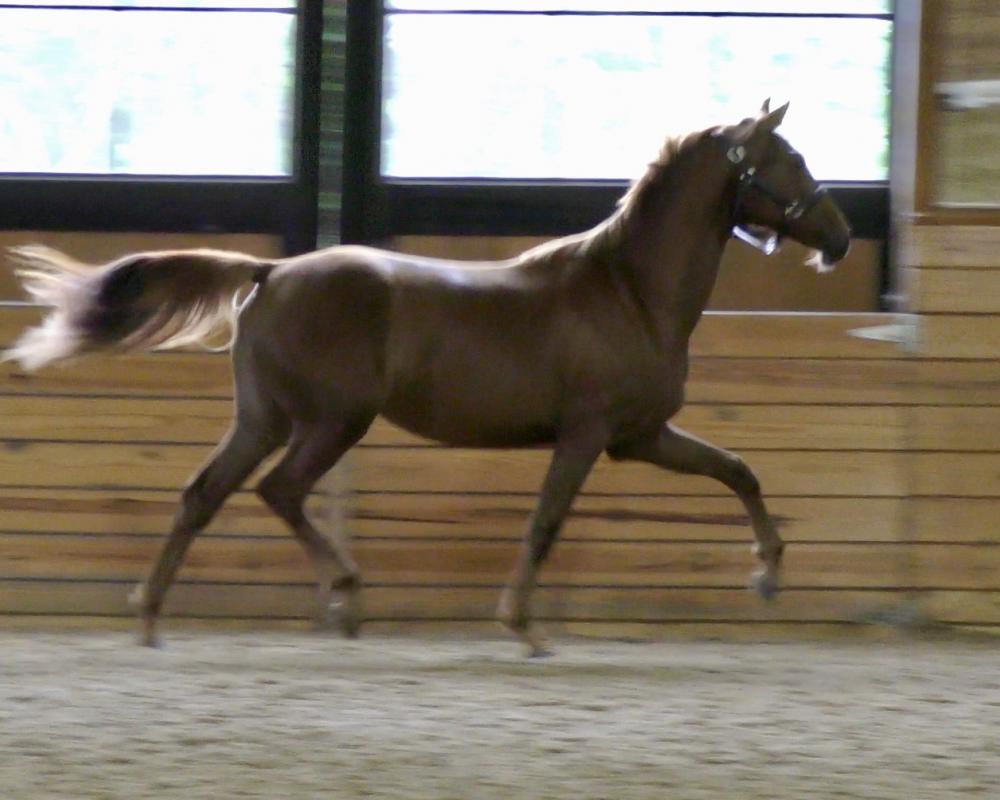 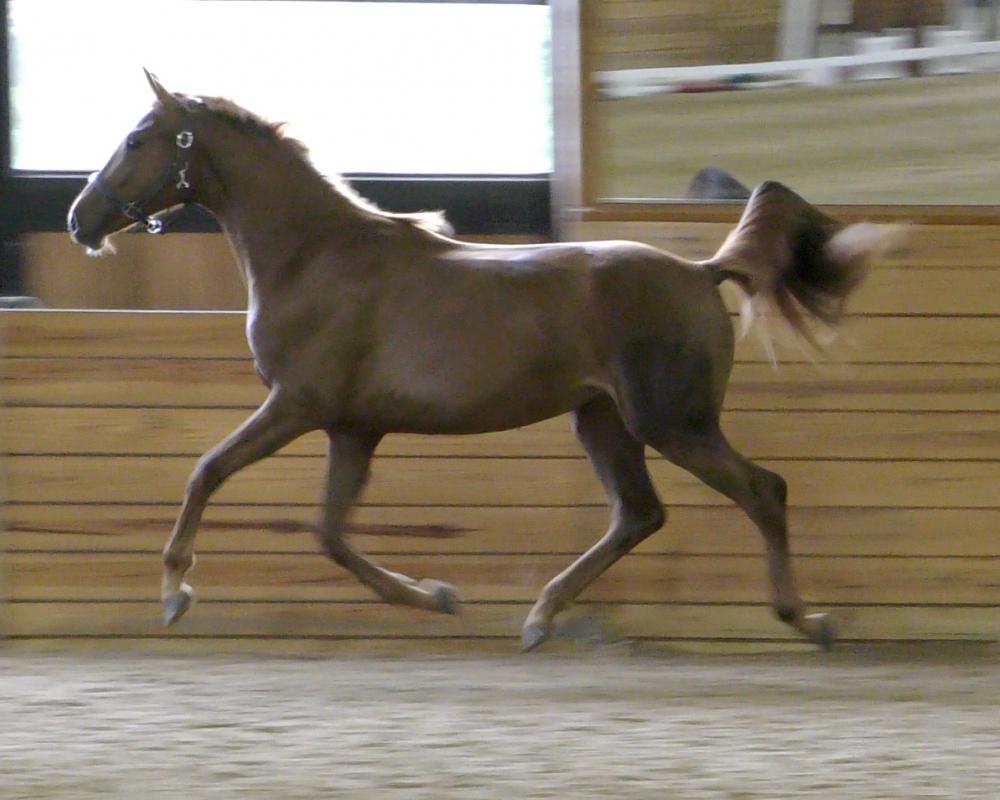 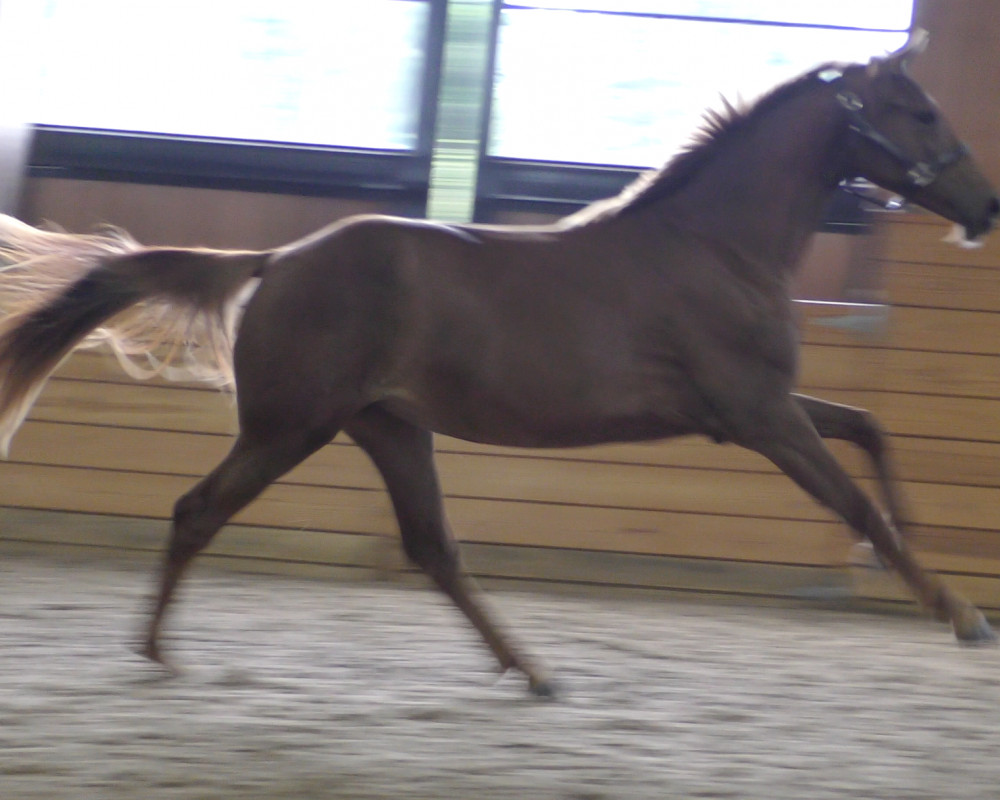 This filly was born to move! Quartana is a beautiful, gifted mover with rubber ball elasticity, she has a swinging back, a hind leg with lots of activity and carrying power and an expressive front leg. She will be a smaller, compact package and mature around 16/16.1 hands - she has a natural dressage horse balance with an easy ability to collect that is seen in her free movement. Friendly and sweet, she is also wonderfully bred - sired by Quantensprung - a highlight of the Hanoverian stallion licensing and the Bronze medalist at the World Championships of the Young Horses in Verden.

Her dam's sire is the famous Vitalis - Vitalis was Champion Foal in the Netherlands in 2007, Reserve Champion of the NRW licensing in 2009, winner of the dressage index of his stallion performance test in 2010, placed at the World Championships and Pavo Cup final in 2012, Champion in the USA and again qualified for the World Championships with a record number of points in 2013 and victorious in the International Small Tour at only seven years old in 2014. He came back to Germany and, in 2016, ridden by Isabel Freese, he won the Burg Cup Final in Frankfurt and the "Stallion of the year" competition at Inter I level at the World Championships in Ermelo/NED.

Always healthy and sound, she has a baseline set of x-rays available for interested parties. Imported as a 2 year old.