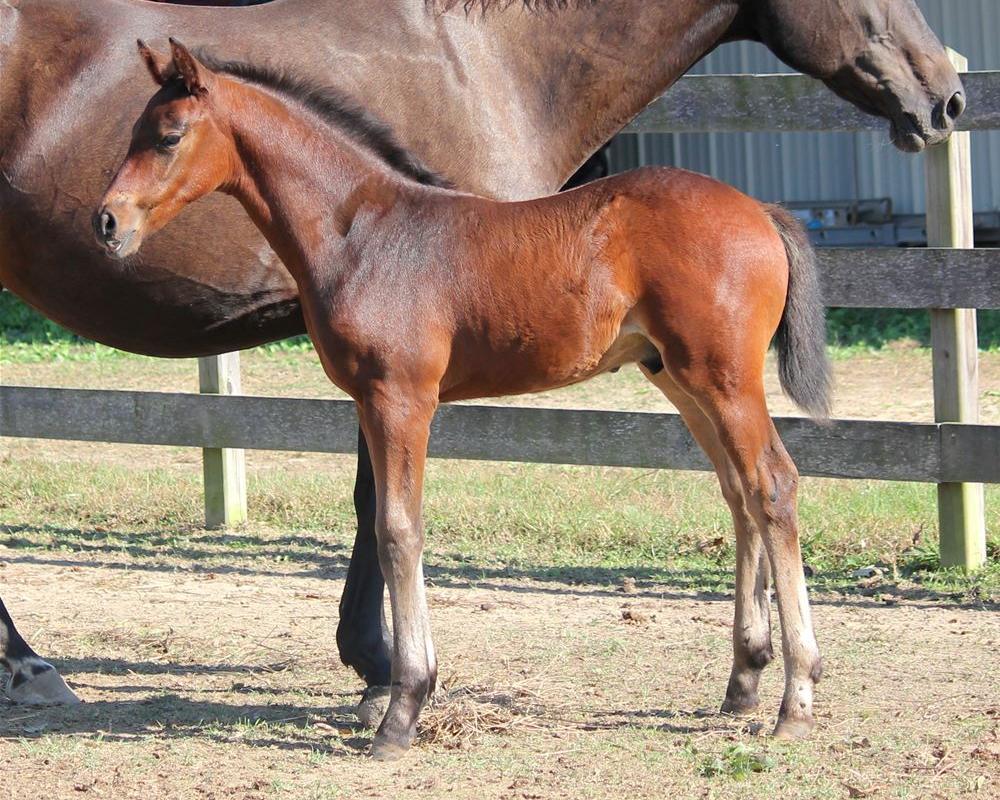 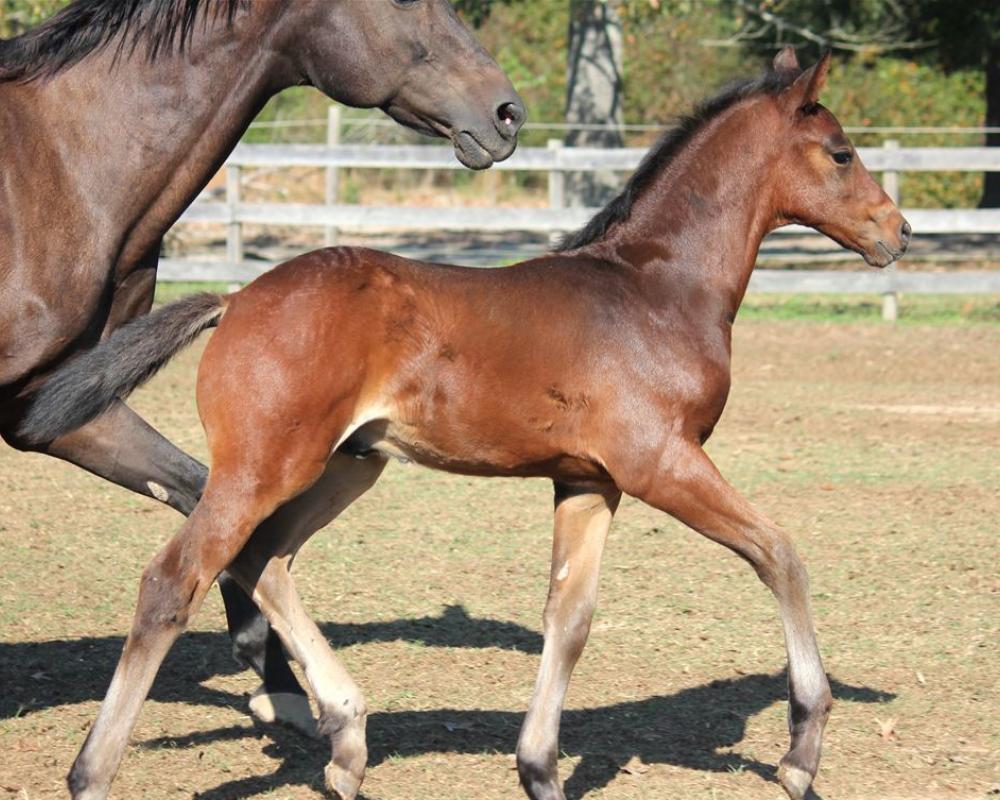 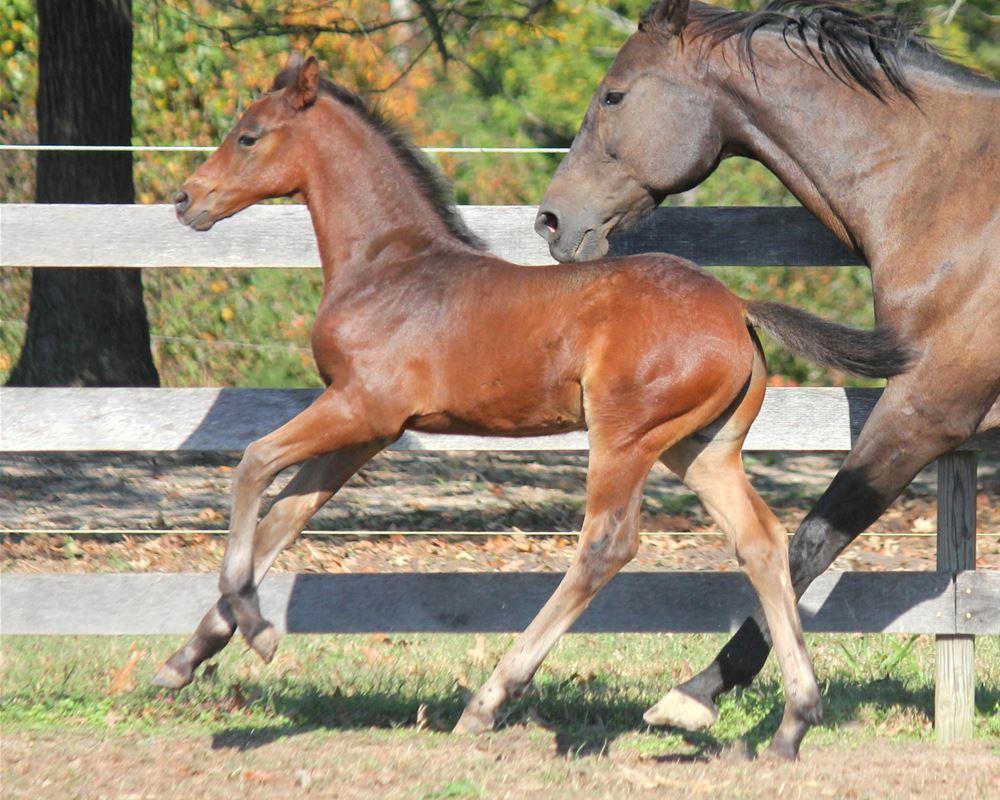 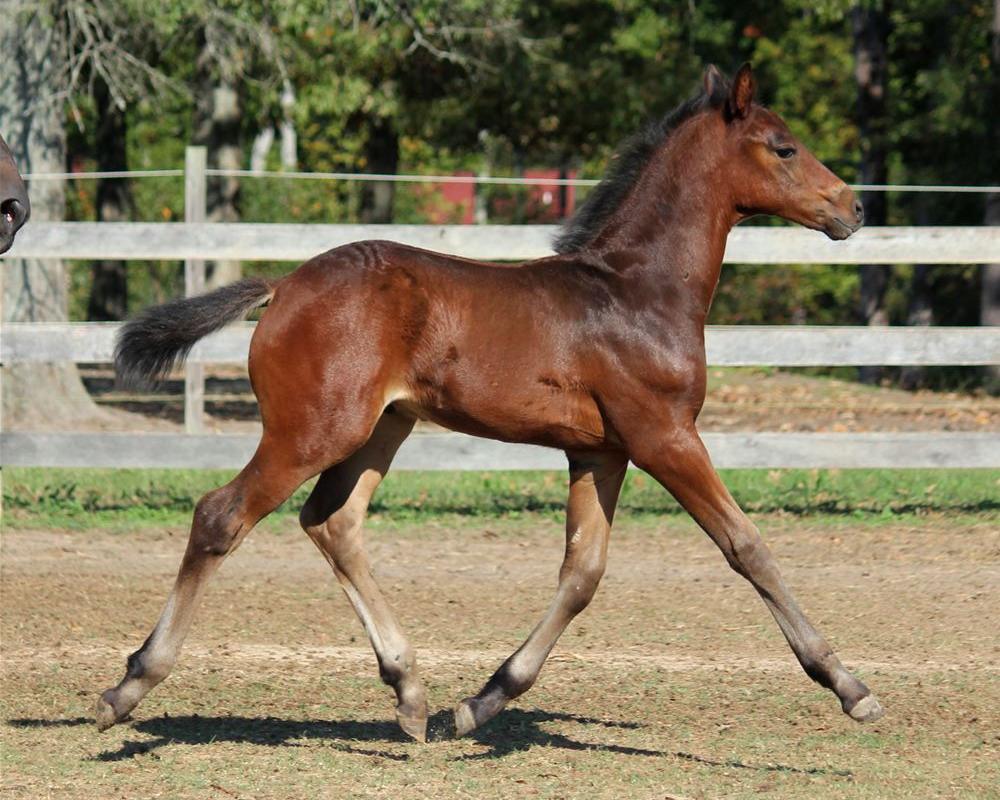 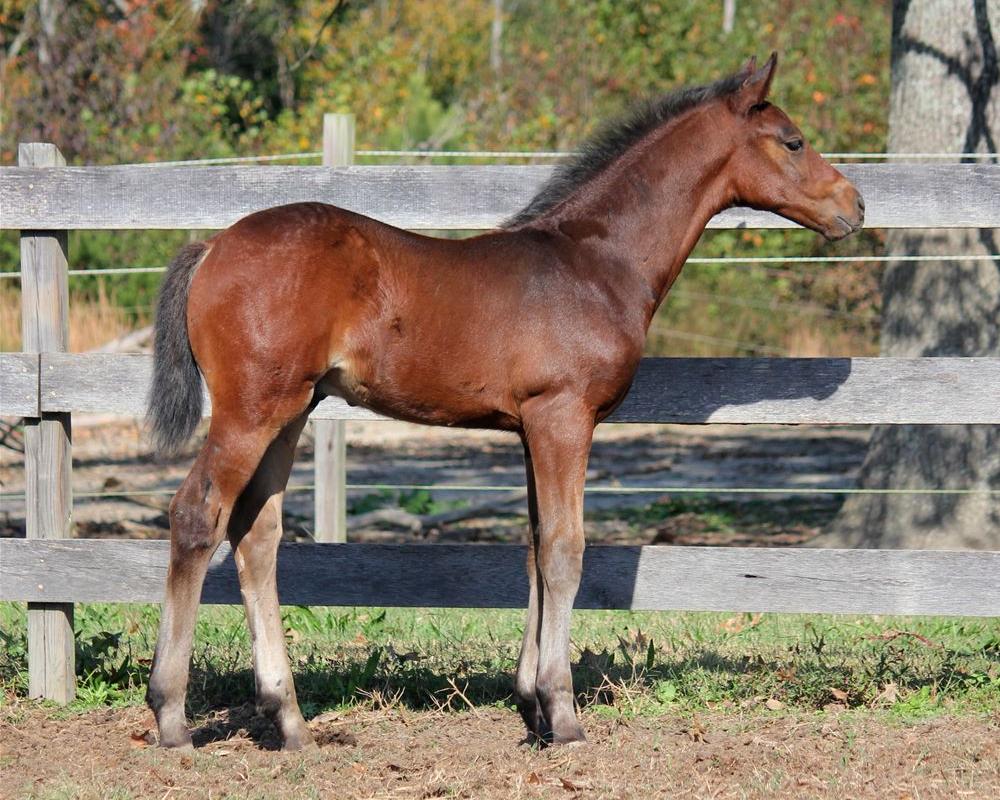 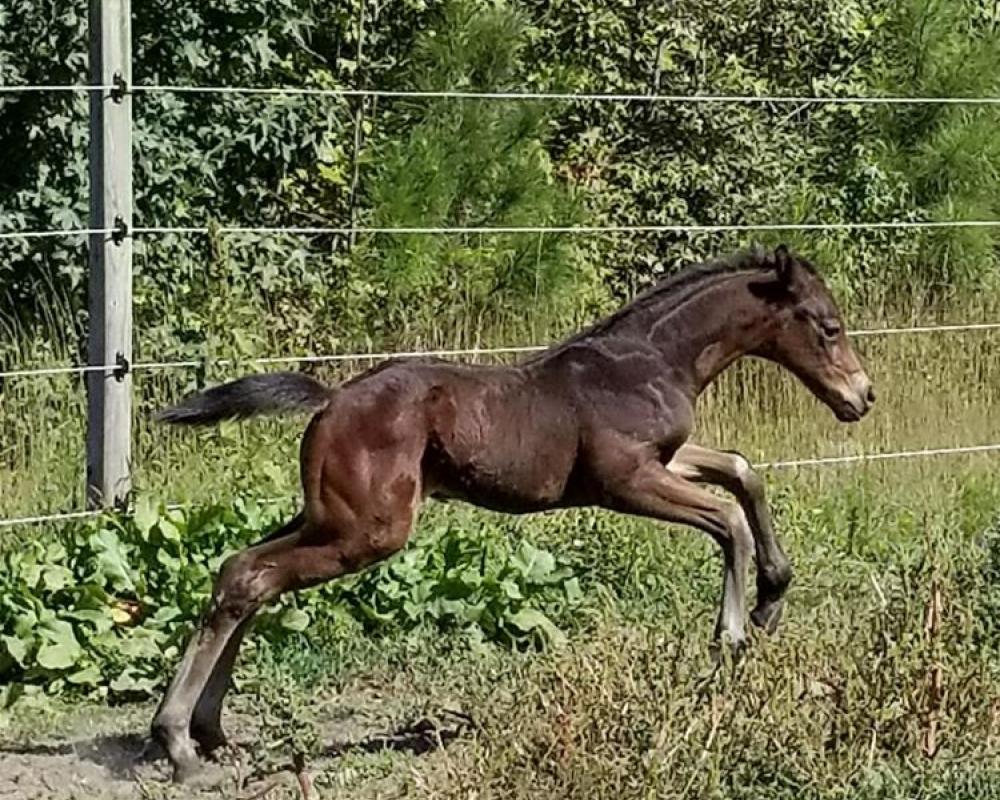 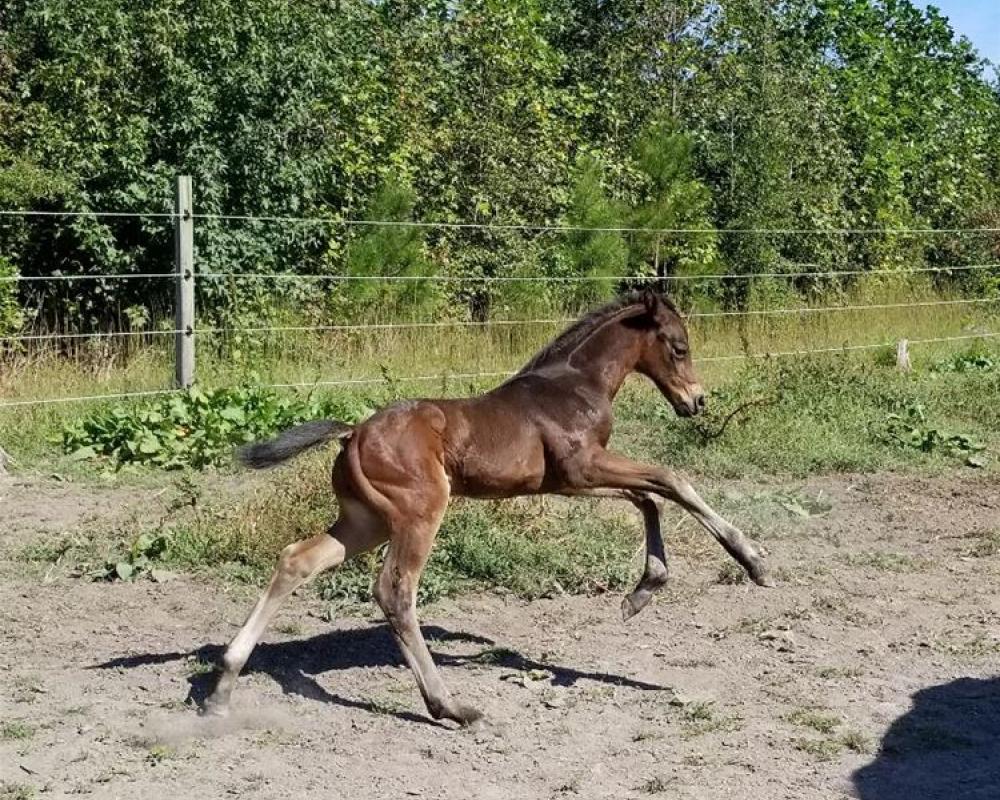 Quartzman BC is an athletic gelding with a versatile pedigree. He has a friendly and sensible personality and has been well handled. He has well balanced conformation with 3 good gaits and has shown a flair for jumping objects in his pasture. He was born in September and should finish 16-16.1h.

His Sire, Qredit (Quaterback/ Dream Of Glory), has been successfully competing in Dressage winning the 2017 US National Open Intermediaire II Championship. Qredit was also ranked 5th in the 2017 Dressage Breeding Sire Awards. His grandsire, Quaterback, has produced several top Hunters. His Dam, Black Pearl, an imported Holsteiner mare by Coriano, was a successful Small Junior Hunter and Children's Hunter. With his pedigree Quartzman BC is an exciting sporthorse prospect that could go into any discipline.

Specializing in sport horses for competition with quality gaits and amateur friendly temperaments. We also breed rare spotted Knabstrupper horses and have several youngsters to view on the east coast in Virginia. Let us introduce you to this wonderful old spotted Danish warmblood breed! They are highly suited to the ambitious amateur who wants a unique sport horse with an inherently good nature and athletic ability to excel in the Olympic disciplines.
Email Seller Now
Visit Seller Website
More Horses From Seller