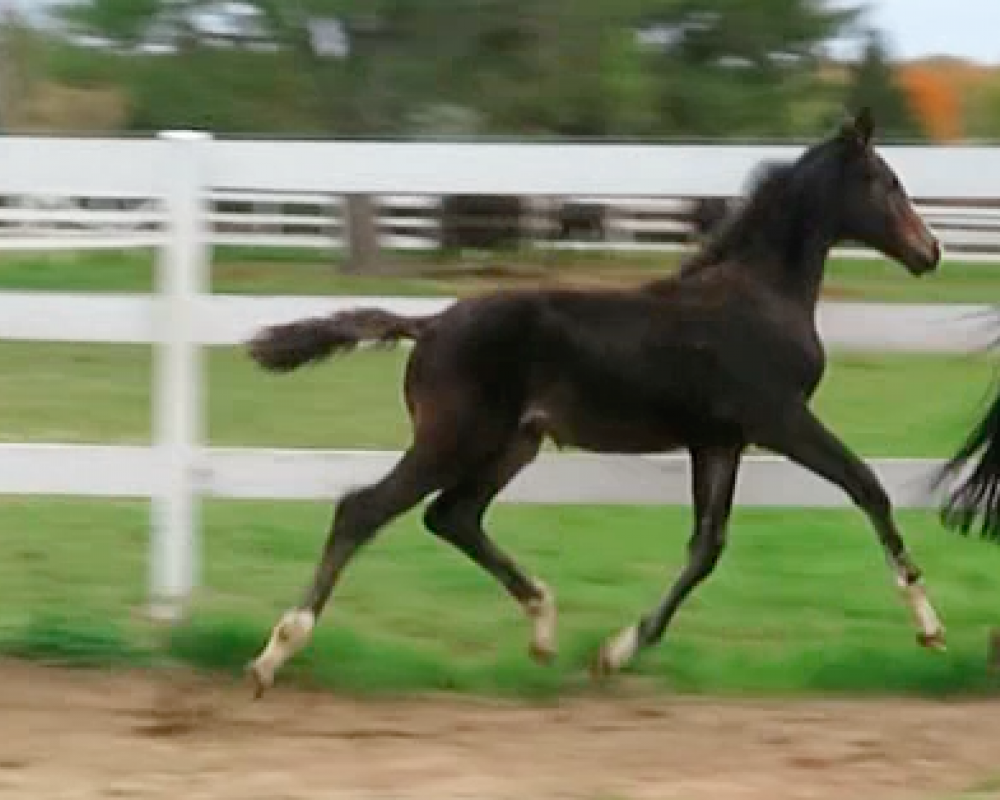 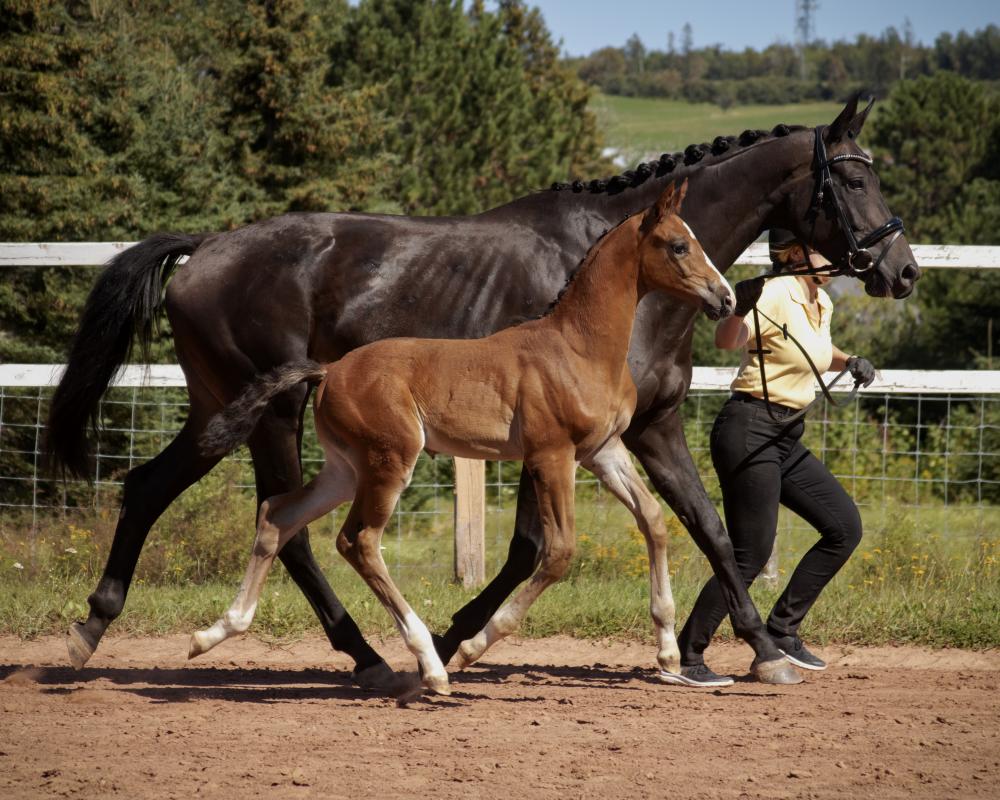 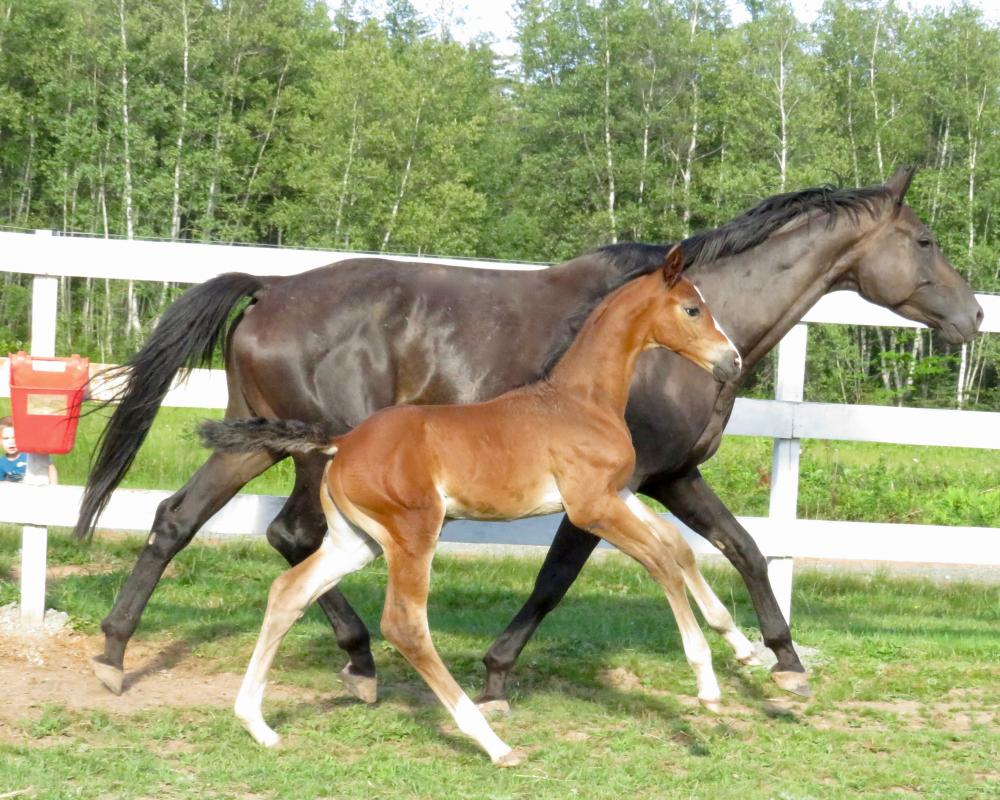 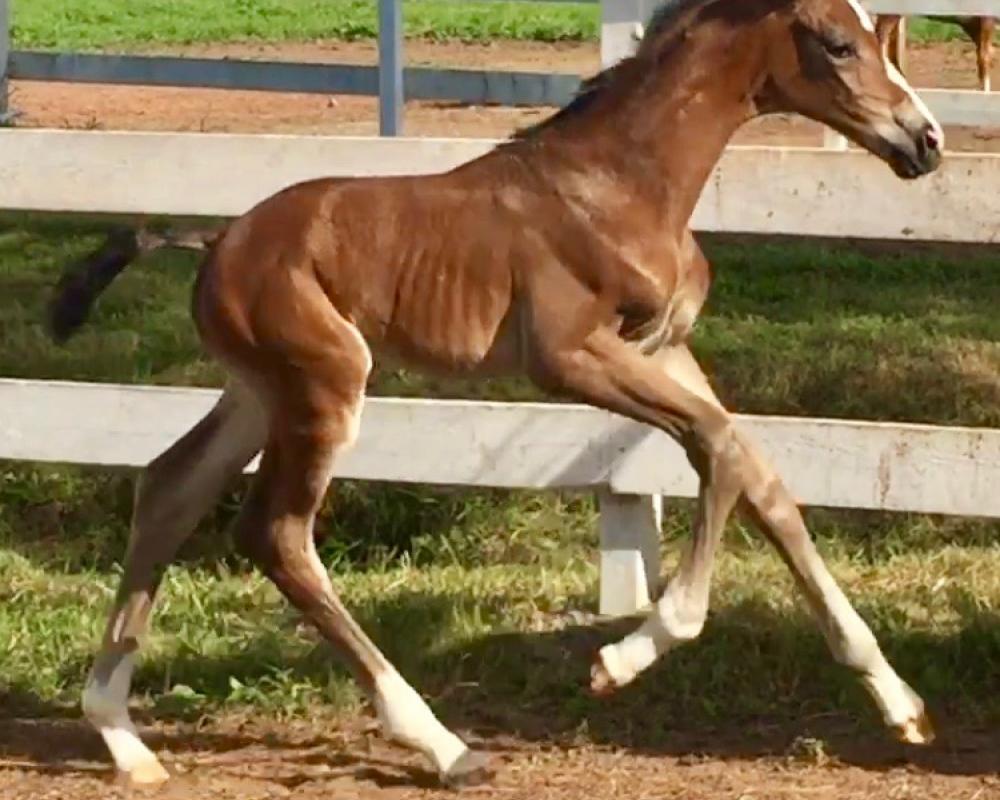 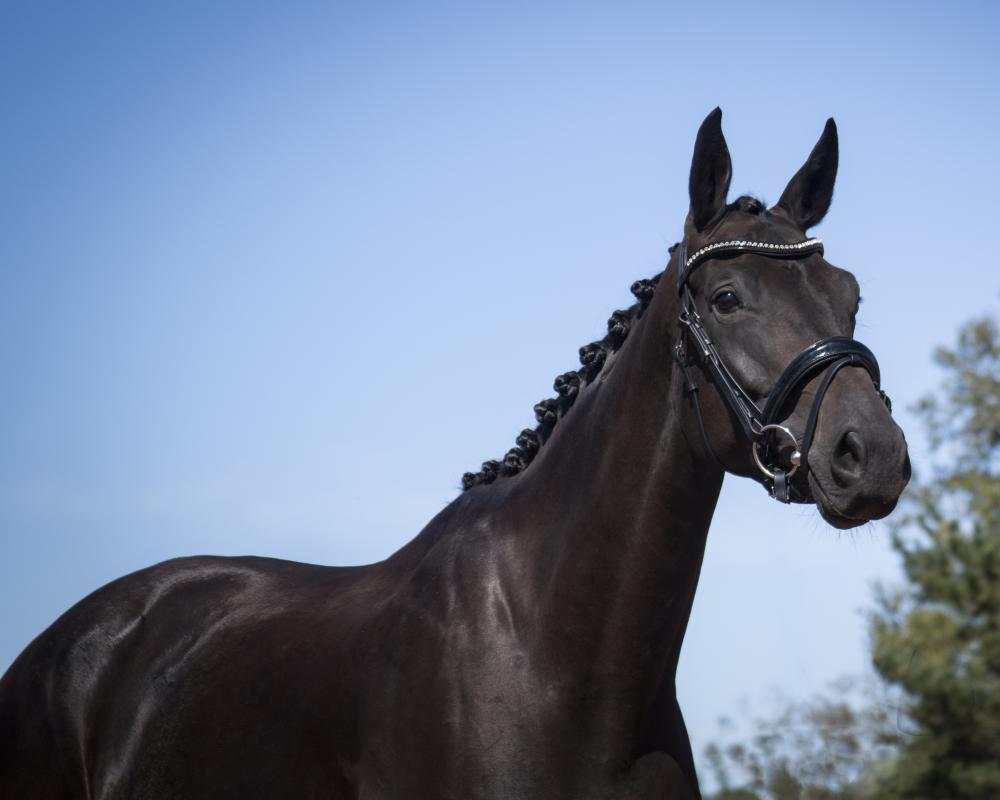 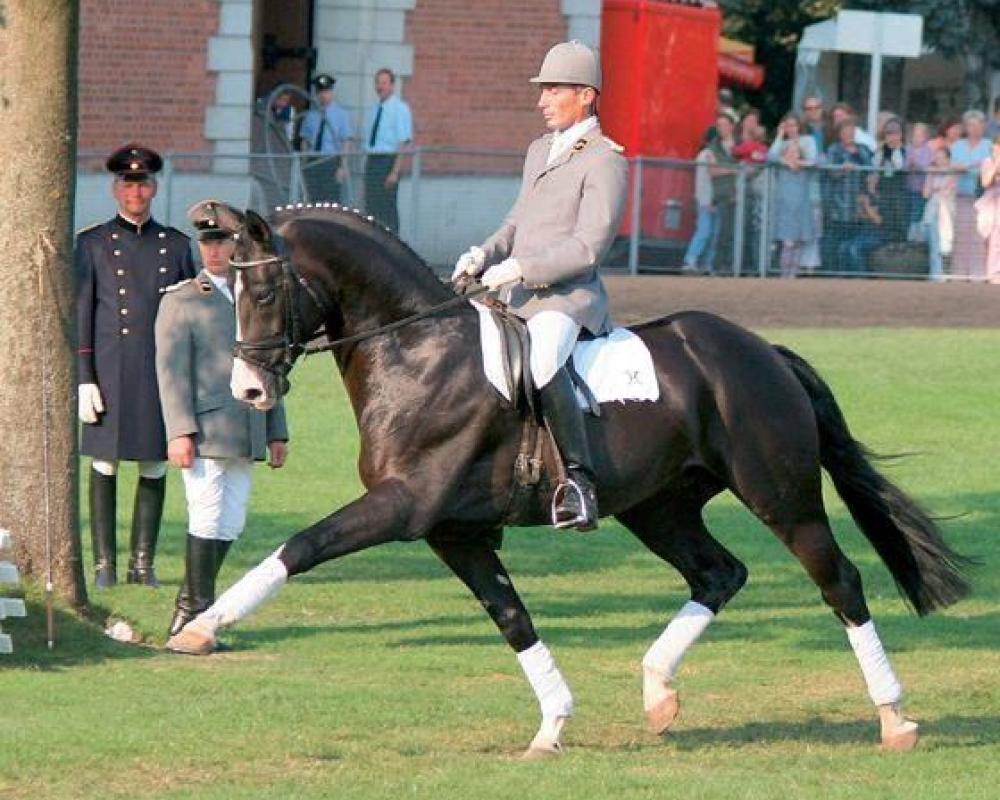 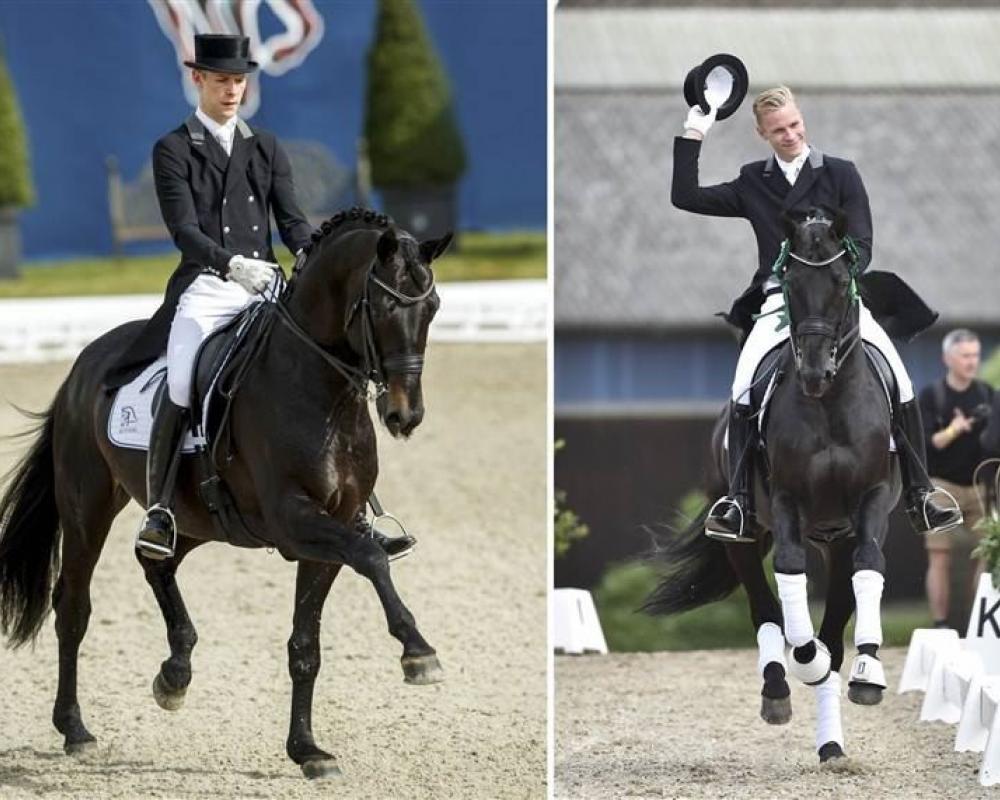 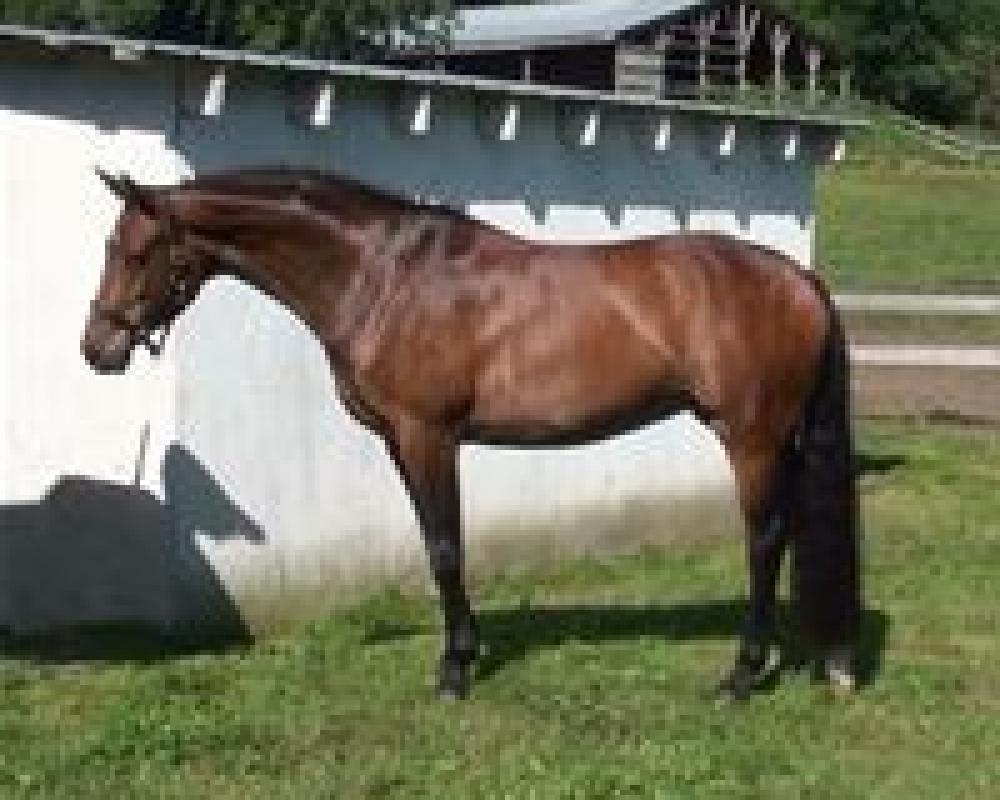 Sire Rascalino (Rotspon x Velten Third), completed the dressage portion of his performance test with the score of 153.57 and went on to be the winner of his test! Rascalino is quoted to be “a beautiful, elegant animal with the best gaits, and exceptional freedom of the shoulders, sure to make his mark in modern dressage breeding, in the hoofprints of his famous sire (Rotspon) and grandsire (Rubinstein I)."

Dam Havannah FH (Hotline x EM Sandro Hit) is a mare with a stellar temperament and striking appearance. As a foal, she received the "Excellent" status in all categories and was named top filly. This comes as no surprise, as her damline is spectacular (damline of: Scolari, Le Vivaldi, Rhodes Scholar, So Unique, Flanell, Fuerst Rousseau, GP horse Barclay 20 ...) Havannah's sire, Hotline, is known for passing on exceptional rideability and dressage talent. Hotline competed to GP and had great success there and as a breeding stallion. He was named Danish Warmblood Stallion of the Year in 2016.

We expect this foal to be a talent for the dressage ring and have an exceptional temperament.