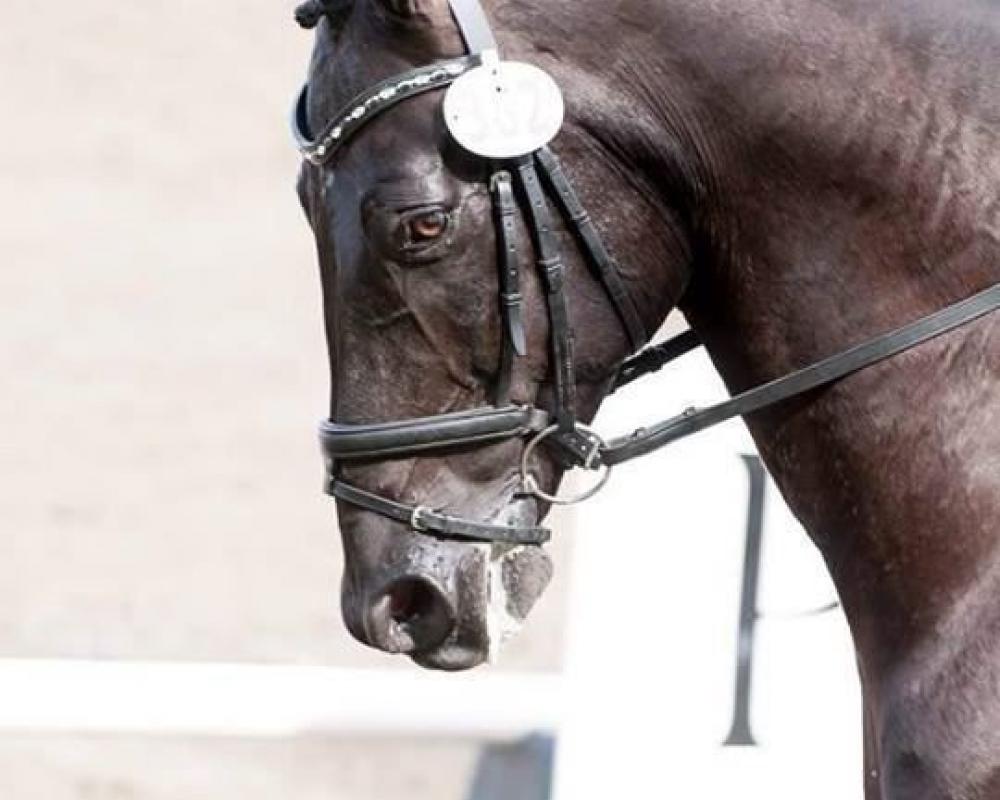 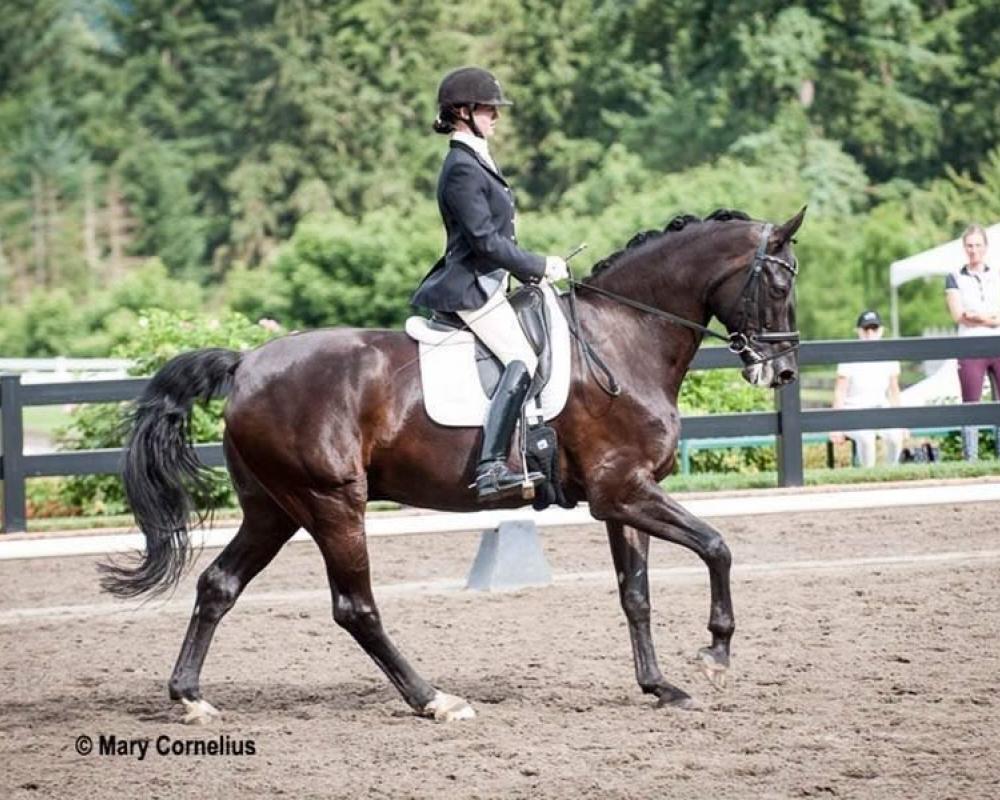 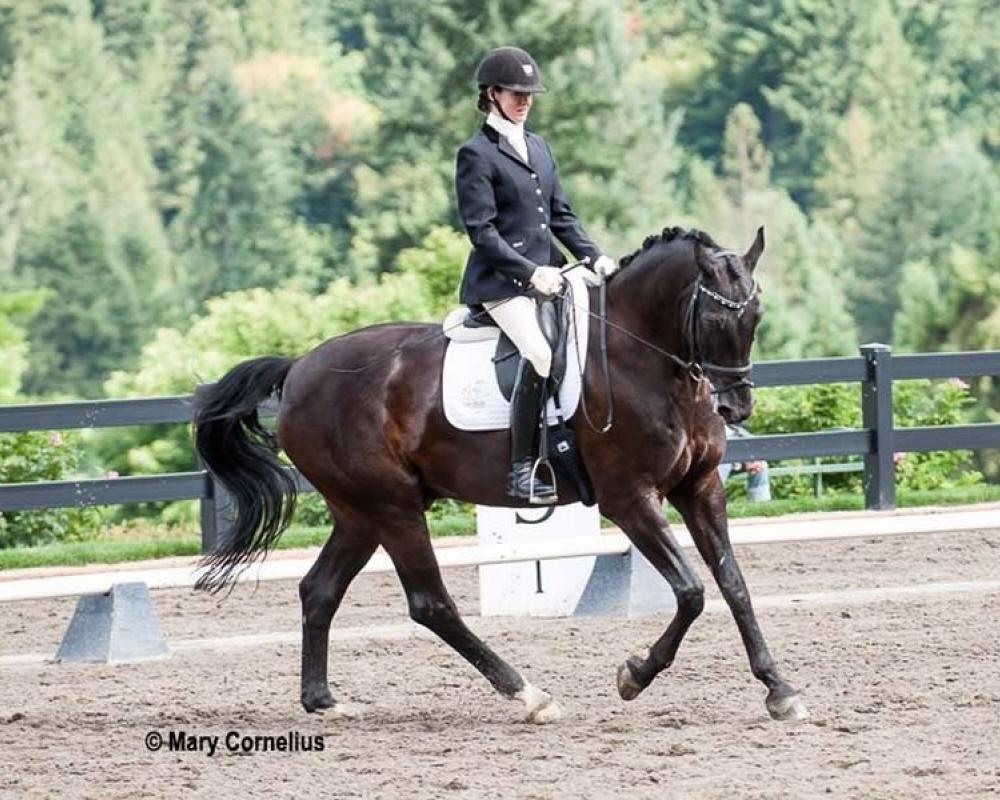 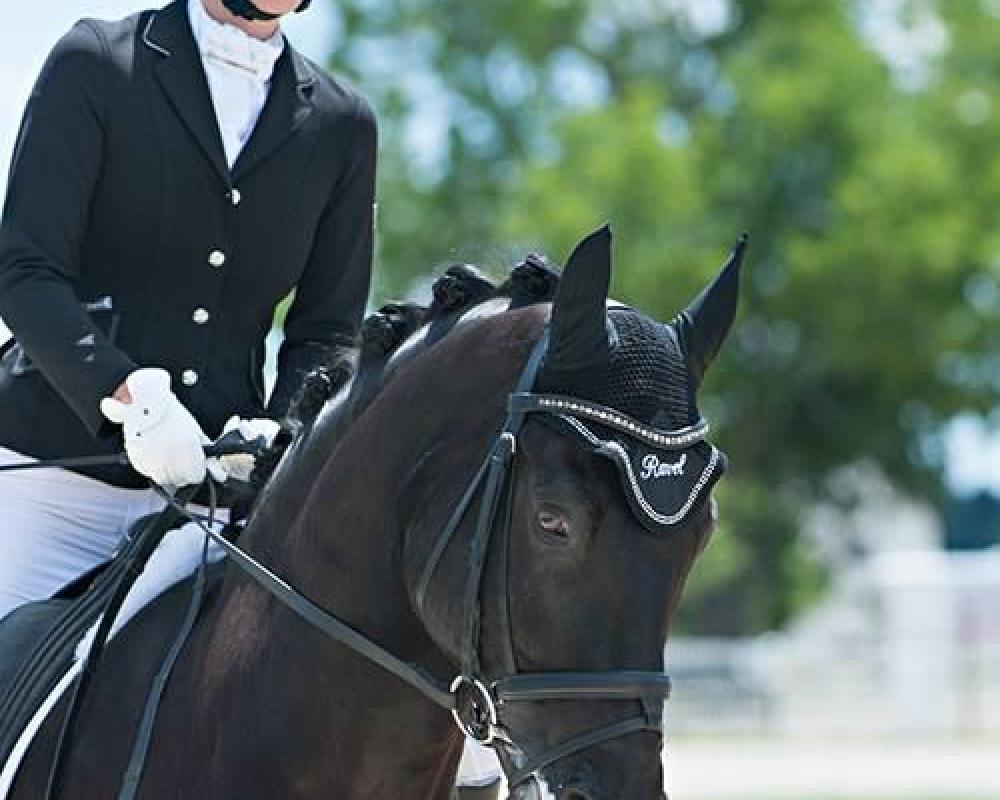 RAVEL MAURICE is a 1997 Black Hanoverian gelding by Regazzoni/ Rubinstein I x St. Pr. Gina/Glorieux. He was imported from Germany in 2006 and is a 4th level schoolmaster. He has been healthy and sound for his amateur owner. He is very kind and affectionate with lots of love and mileage to give.
Ravel’s sire, Regazzoni, competed at FEI Intermediare level and was federal vice-champion German riding horse in Warendorf in 1995 and won the finals of the German five-year old Dressage Championships in 1996. Ravel’s grandsire, the legendary Rubenstein I, had 40 wins at Grand Prix level, and was a member of the 1996 Olympic team.
In 2014, Ravel was competed by his beginner AA owner and qualified for ODS Championships and the USDF REGION 6 Dressage Championships at Training Level with a high score of 69.2%. Because of his size (17.3 hands) and power he is best suited to a confident Jr or AA rider.