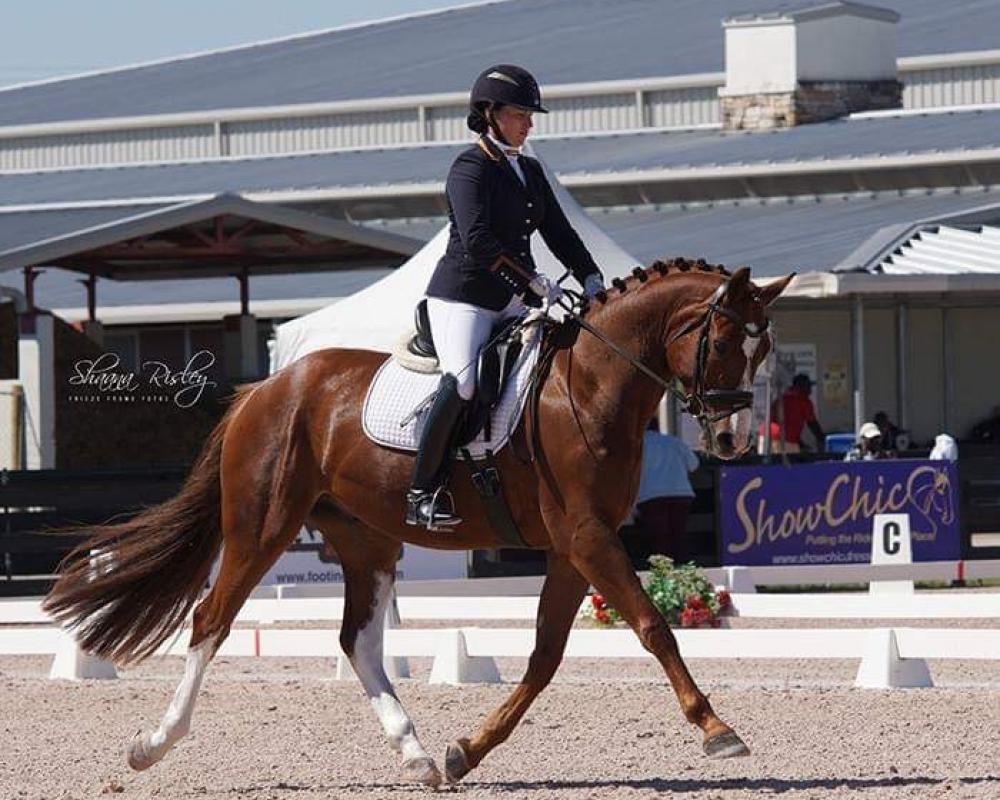 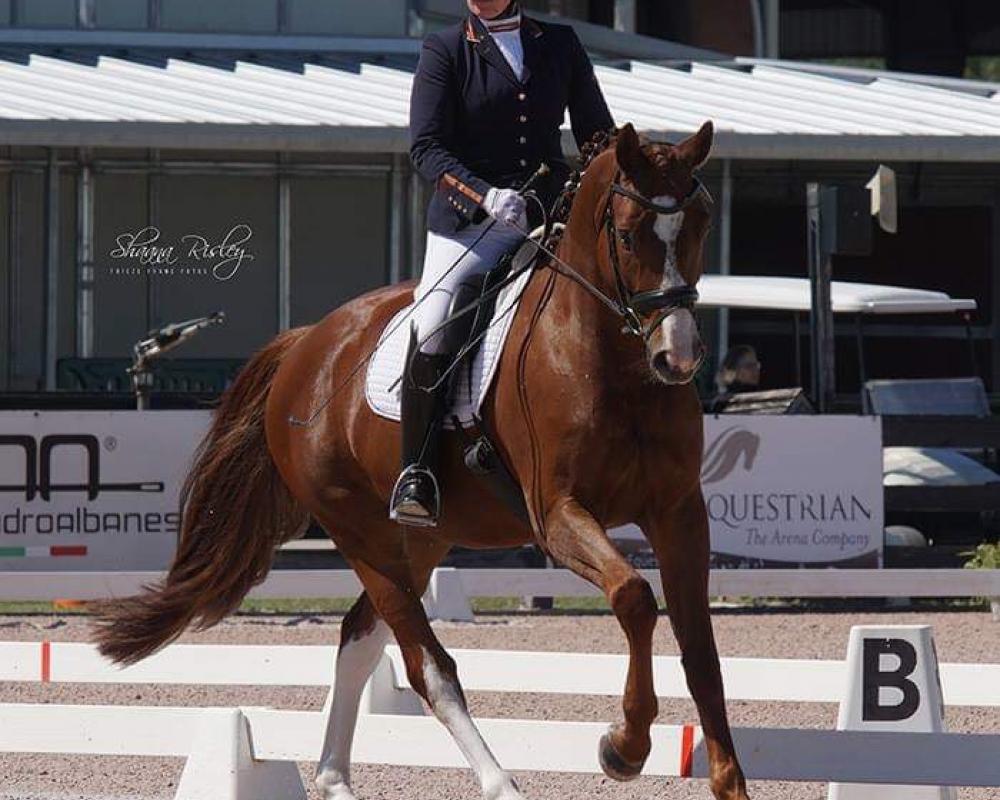 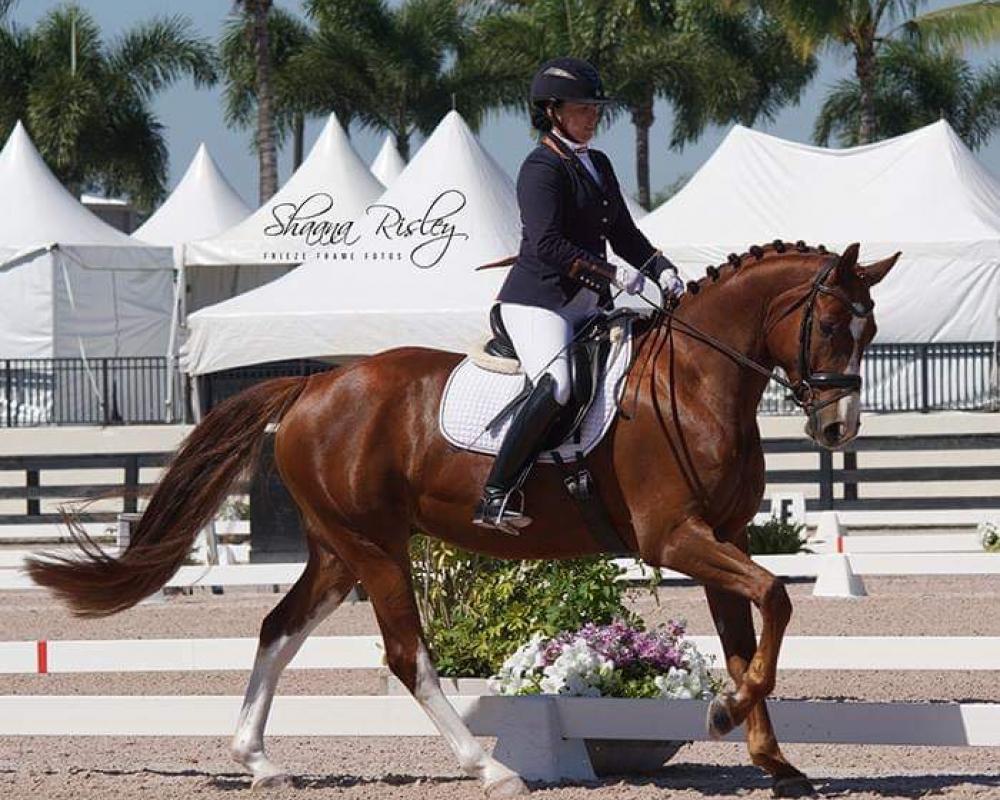 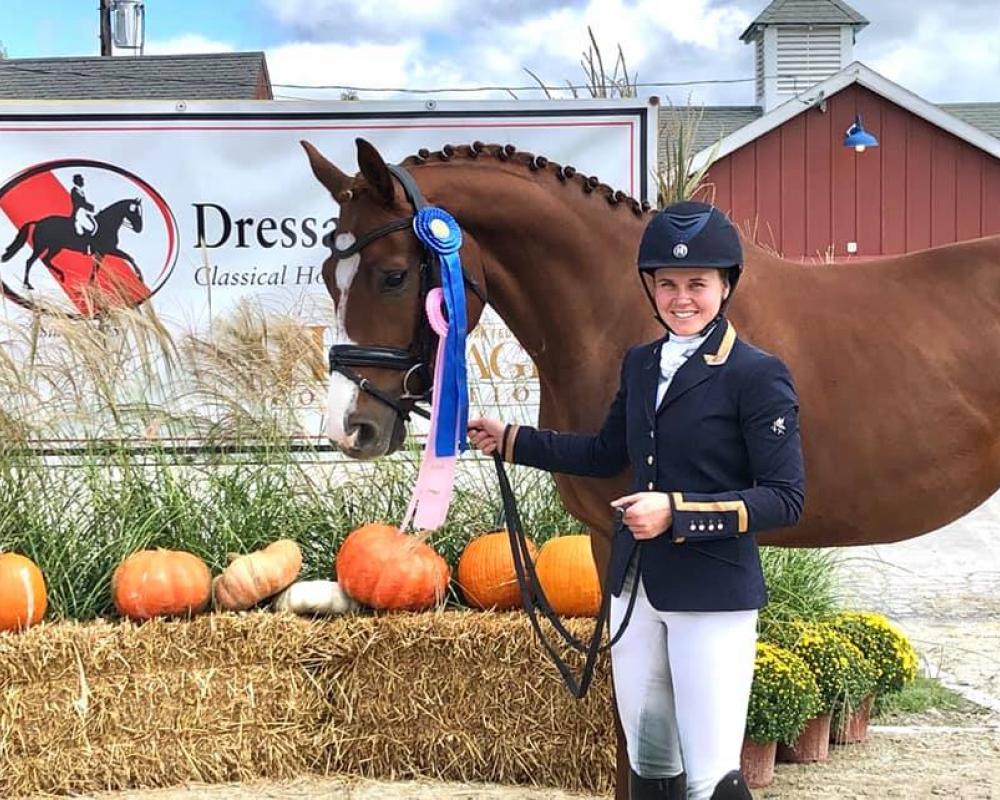 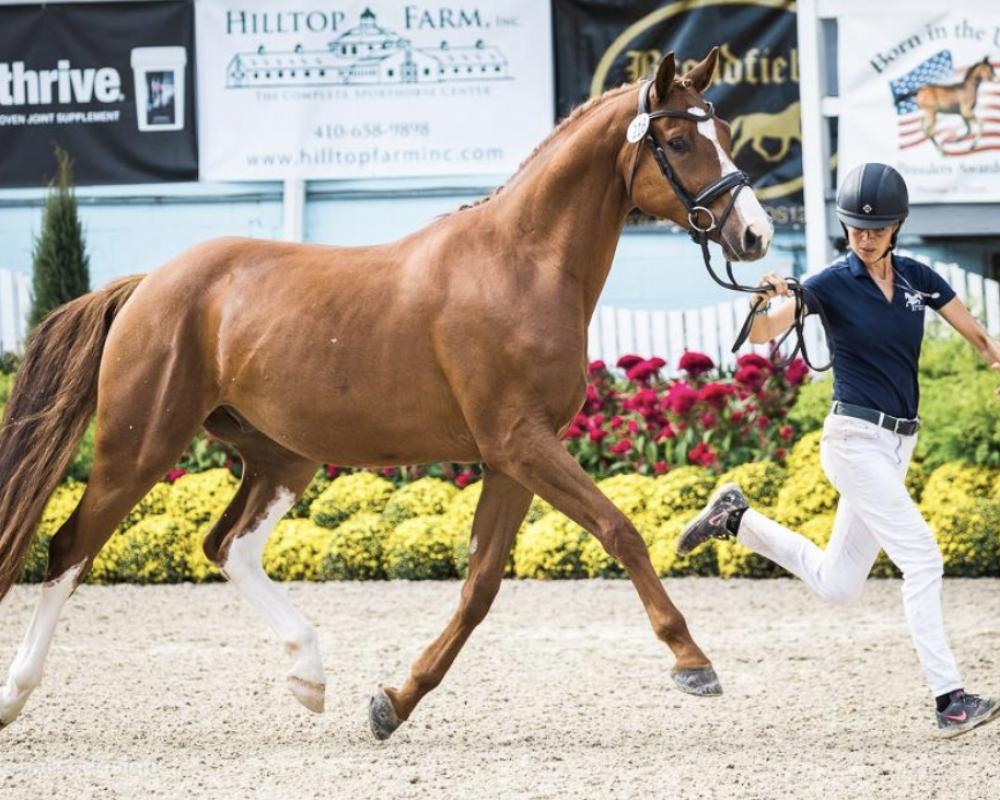 Reck-It-Ralph HHF 2015 16.1h Hanoverian gelding by Rotspon/His Highness. 'Ralph' is the real deal, the complete package. For sale through no fault of his own, Ralph was started under saddle in 2018 and competed quite successfully in Dressage at Devon, winning the 3 year old colts/geldings under saddle, handling the pressure of the crazy Devon atmosphere like a star. He traveled with us to Florida for the winter season where he showed training level at both Global and White Fences. His lowest score was 69% (his only score ever in the 60s) and his highest score 77%. He regularly scores 8 for gaits.

His sire, Rotspon, a son of Rubinstein I, was the 2017 Hanoverian Stallion of the Year, an award given by the Hanoverian Verband in Germany. Rosevelt, by Rotspon, competed in the 2016 Rio Olympics under US rider Ali Brock. He passes along great rideability and top quality movement suited for the FEI ring.
Ralph's damsire, His Highness, is a Hohenstein I/Donnerhall son. His Highness was champion of his stallion licensing and has produced many licensed sons. These horses are known for their excellent temperament and top movement.

Ralph would be very well suited to an ambitious amateur or an aspiring junior rider to bring along up the levels. He is sound and healthy with no vices. He is gorgeous and talented and tons of fun to ride and compete.