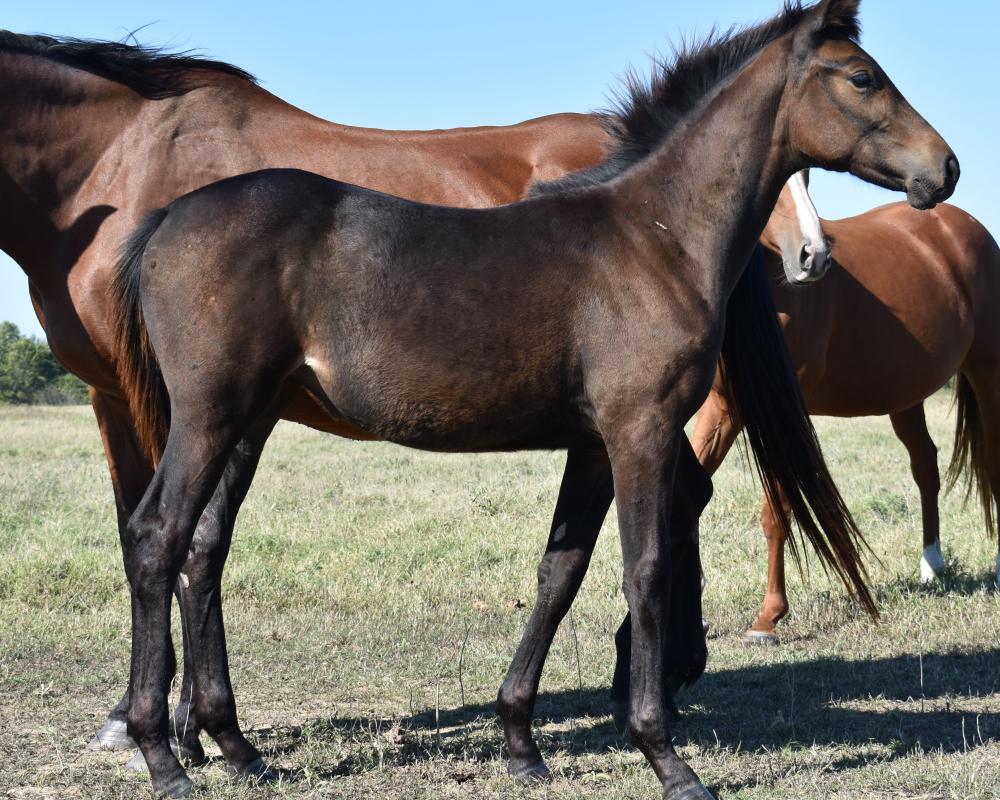 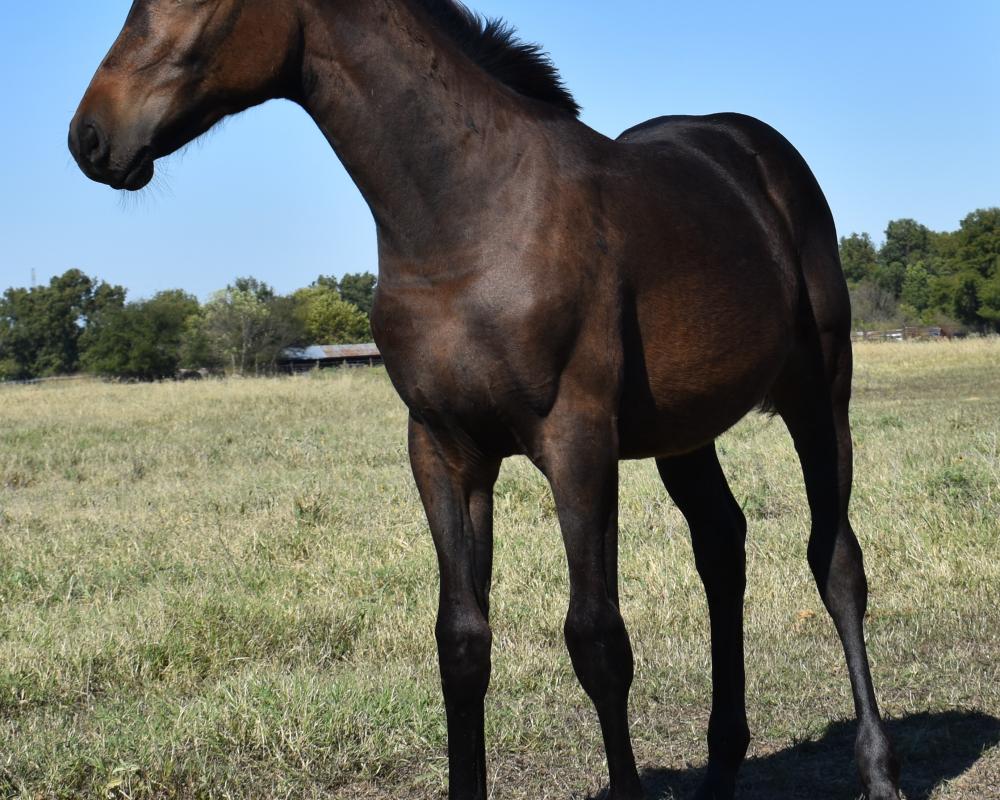 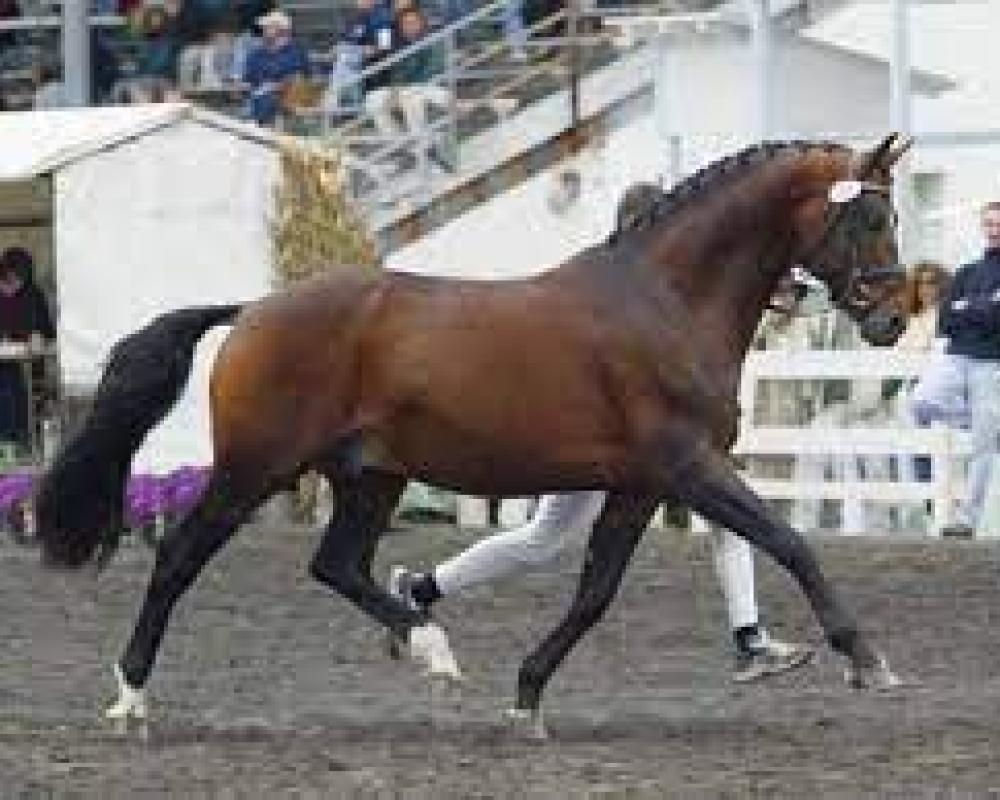 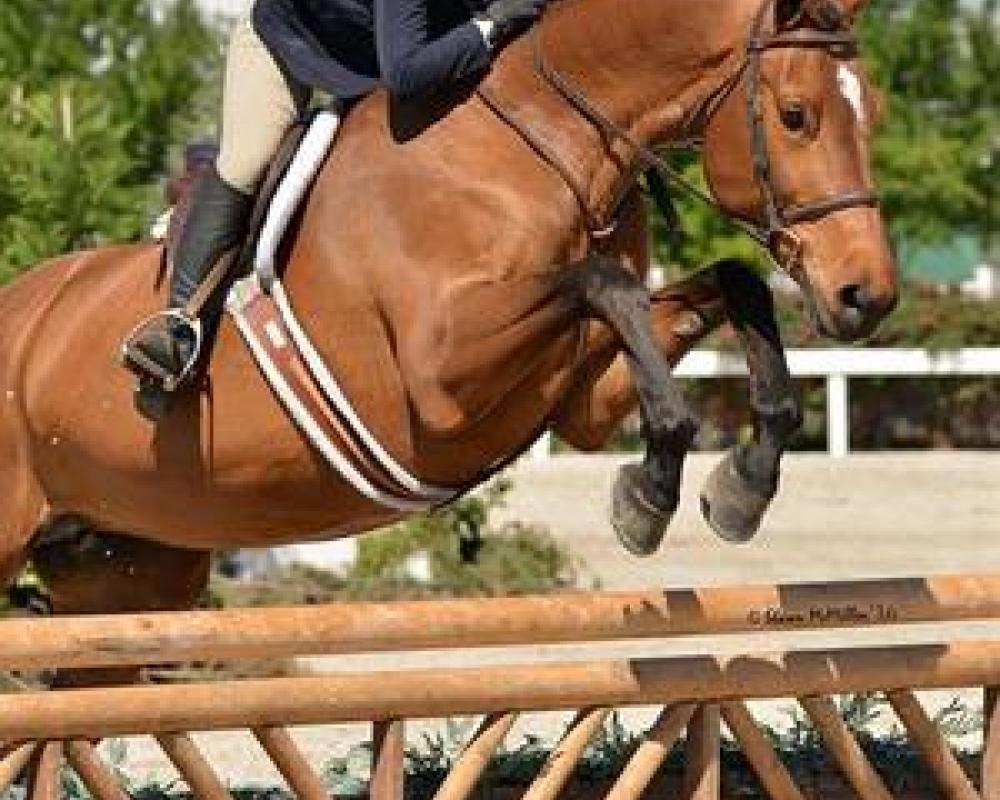 Super KWPN filly that is bred for all three rings.

Rockette is a 2021 KWPN filly that is super, super friendly and bold. She has the BEST temperament. Both parents are 16.3 so she should finish large. The photo of the bright bay jumping is Rockette's dam. The other photo of the horse trotting is her sire Juventus.

Her sire is the KWPN stallion Juventus who started his career by being named Champion foal at Brabant in 1991 and then went on to be Reserve Champion at his stallion test. He received 9's on his walk, trot, canter and trainability and a 10 on character. Juventus’s sire Dublin was winner of his 100 day test in Holland in 1988 and is by Ulft x Lucky Boy. Ulft is sire of Olympic Ferro. Ulft has a high reliability of heritability (91%) in jumping and has dressage ability as well. Juventus's dam Aphrodite is also the dam of Ex Libris Champion 100 day performance test in Medingen 1991. Total 134.61 (1st) Dressage 139.31 (1st) with 9.0 in walk, trot, canter, character, temperament, and TWICE in rideability Jumping 111.43 (9th).

Rockette's dam W Sinnamon is a Holsteiner youth hunter with many wins. She is sired by Amuzand aka R Saluut II who WON more than 20 Grand Prix with owner/Olympian Margie Goldstein-Engle, including the $100,000 Autumn Classic and the AGA championship. He also competed on numerous Nations Cup Teams and was in the top ten in the World Cup Finals. He was the 1989 Open Jumper Horse of the Year, setting the record for the most money won in one year. His lifetime winnings exceeded $400,000!