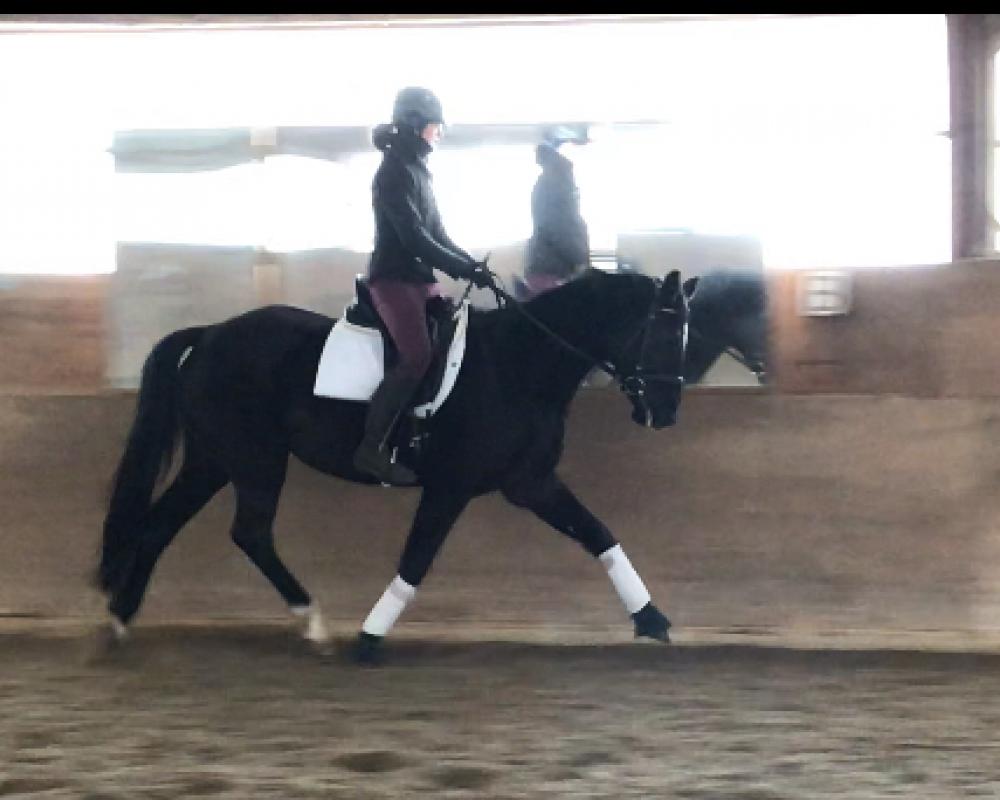 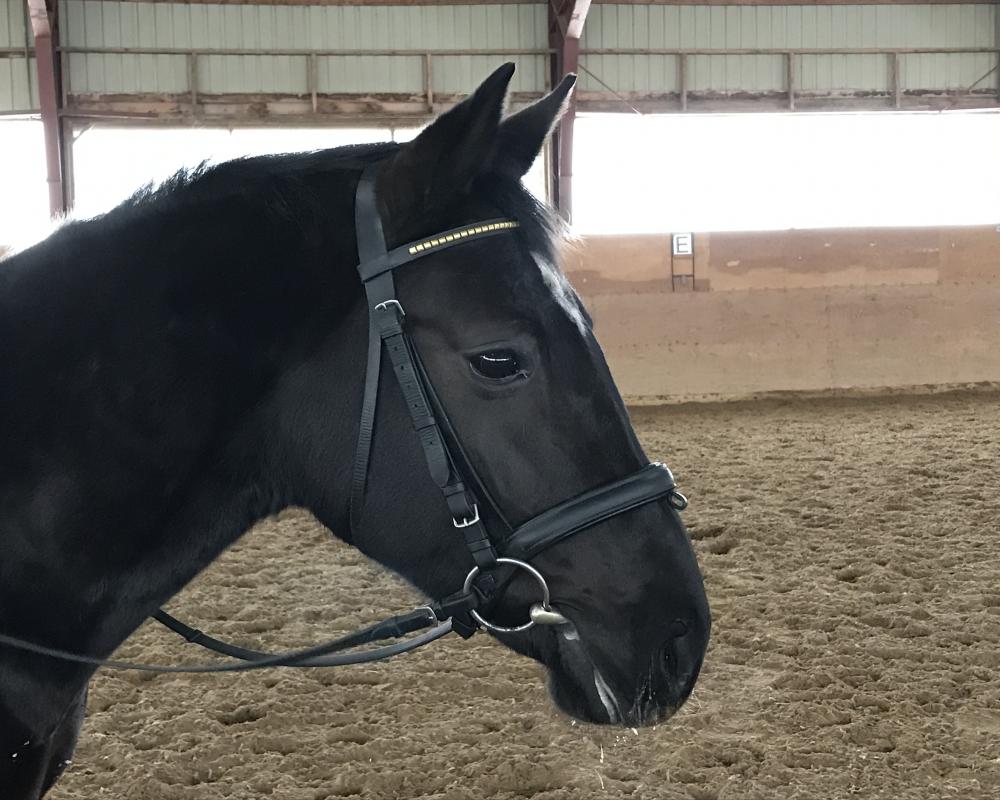 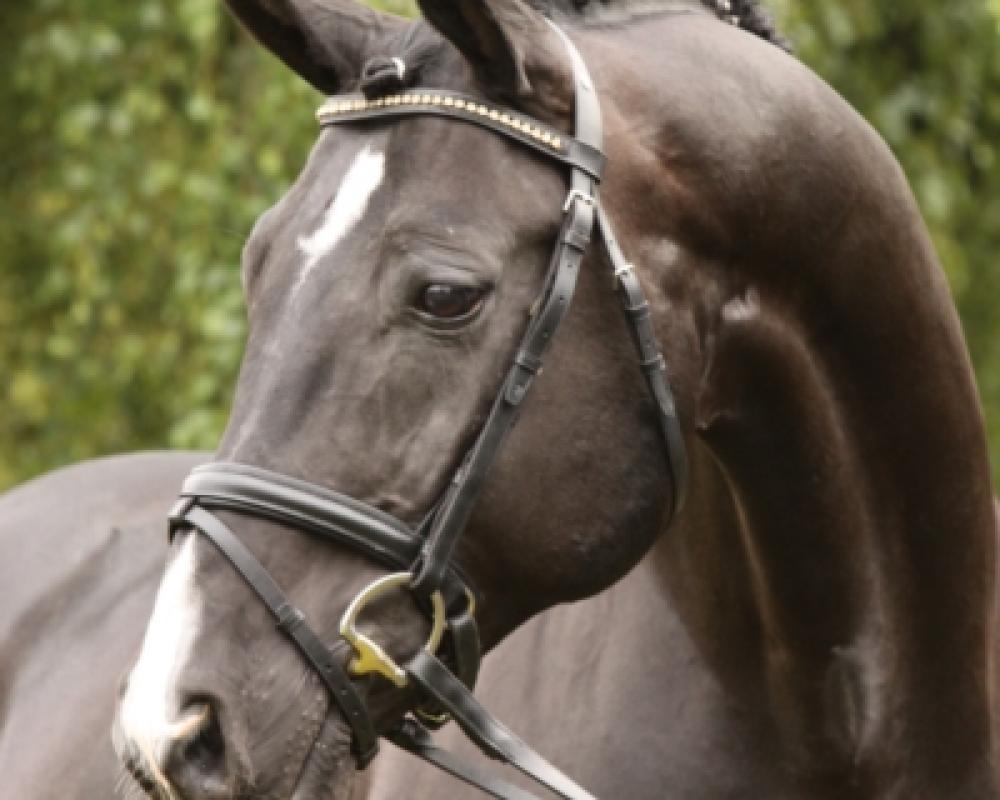 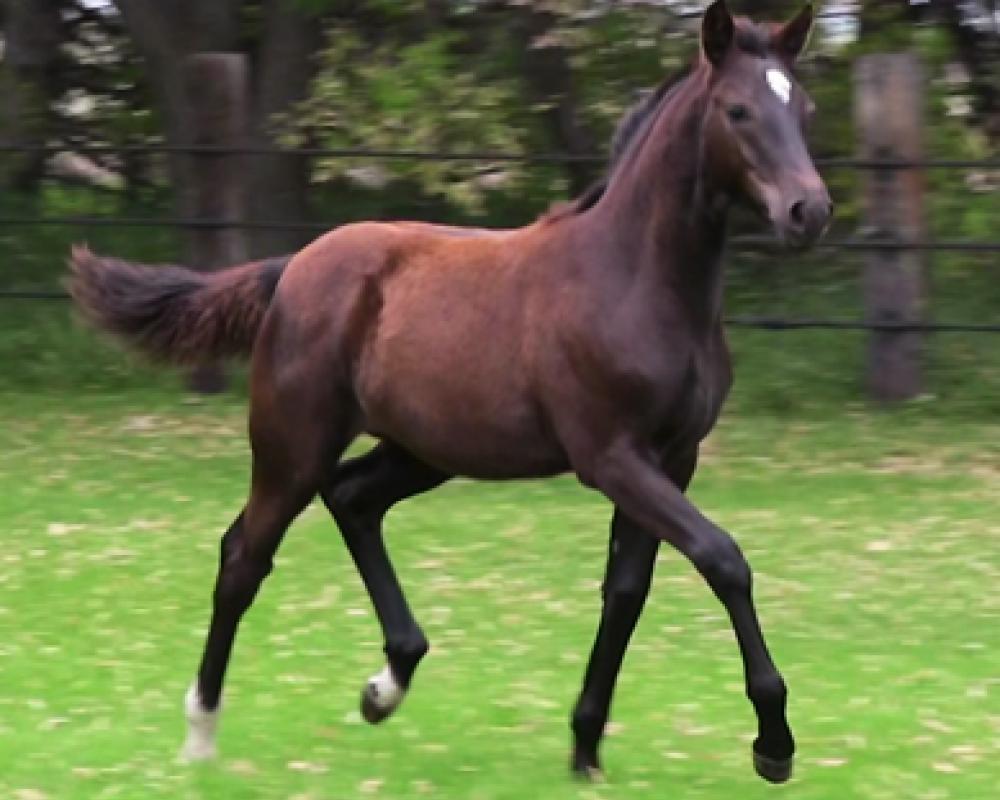 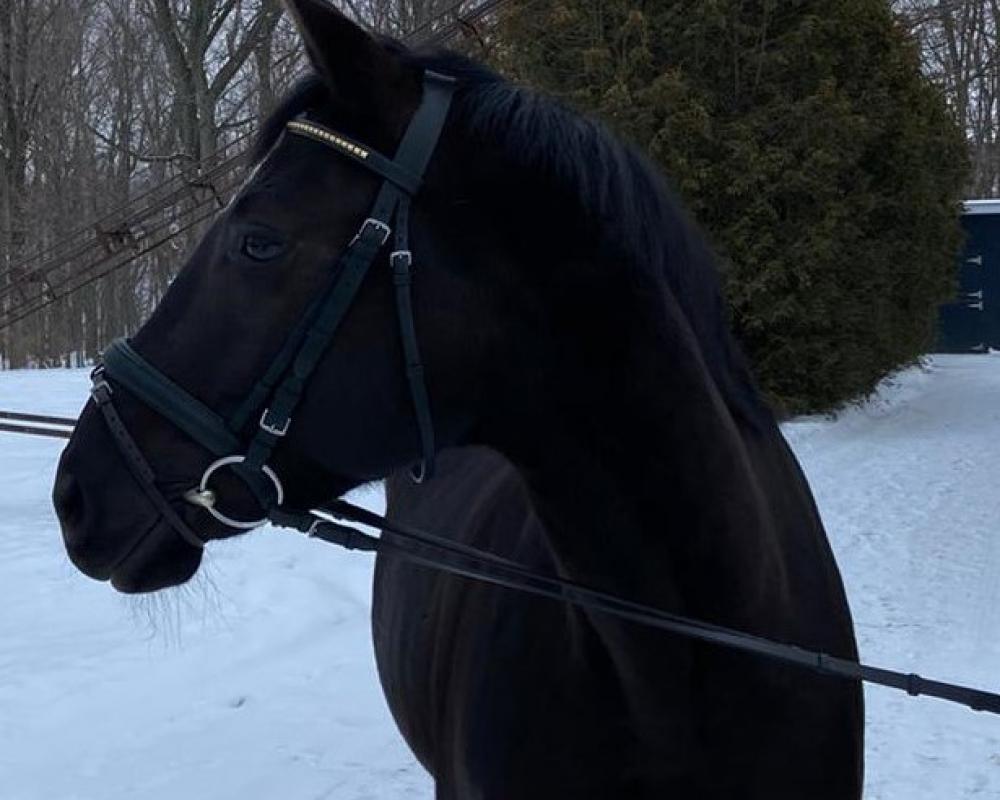 Good things come in small packages...! This five-year old Rotspon-mare is well started under saddle and has 3 big rhythmical gaits. She is forward thinking and has been very good in the contact maintaining a soft connection to the bridle. She is easy to handle in the stable, and easy for the regular farrier and veterinary work. Rosalie would be well suited to a good amateur or junior rider looking to move her through the levels. She is schooling 1st level dressage and shows also easy willingness to jump over small jumps. Her sire, the Rubinstein/Argentan son Rotspon, Hanoverian Stallion of the Year 2017, is known for passing on his great rideability, outstanding temperament, movement and a high aptitude for dressage as well as above average jumping technique. He was sovereign winner of the stallion performance test in 1998, scoring an excellent 148.72 points in the dressage category. His offspring compete successfully at the international level around the world. He has consistently produced top-selling auction horses at Verden and elsewhere; as of 2019, Rotspon is the sire of 122 State Premium Mares and has produced more than 20 licensed stallions (incl. Rascalino and Royal Blend).

Rosalie's dam's sire, Autocrat, who was imported to Canada from the Hanoverian State Stud in Celle, completed the 300 Day Test in Adelheidsdorf ranking 14th out of 50 -- 7th in dressage (120.10). He scored 8 in: character, temperament, willingness to perform, rideability, trot, canter, and jumping scope. Autocrat displays elastic supple movement and large rhythmic gaits. Autocrat competed successfully in dressage and is equally at home over fences.

Aalborg combines the versatile blood of Absatz through one of the best sons of Akzent II, Acapulco, with the Hanoverian D line through Dynamo, sire of World Cup Jumper, Dollar Girl. The dam of Autocrat, the SPS mare Malvine, was awarded 1a status 4 years in a row at the mare show in Altenbruch. Her sire Matcho is much sought after for his riding horse qualities with offspring that are all very good in temperament, rideablity, and good gaits. Malvine also brings the highly valued Der Lowe bloodlines from her dam SPS Lioness through the Lugano II son Lombard.

Included is a video link to Rosalie's dam's sire Autocrat.