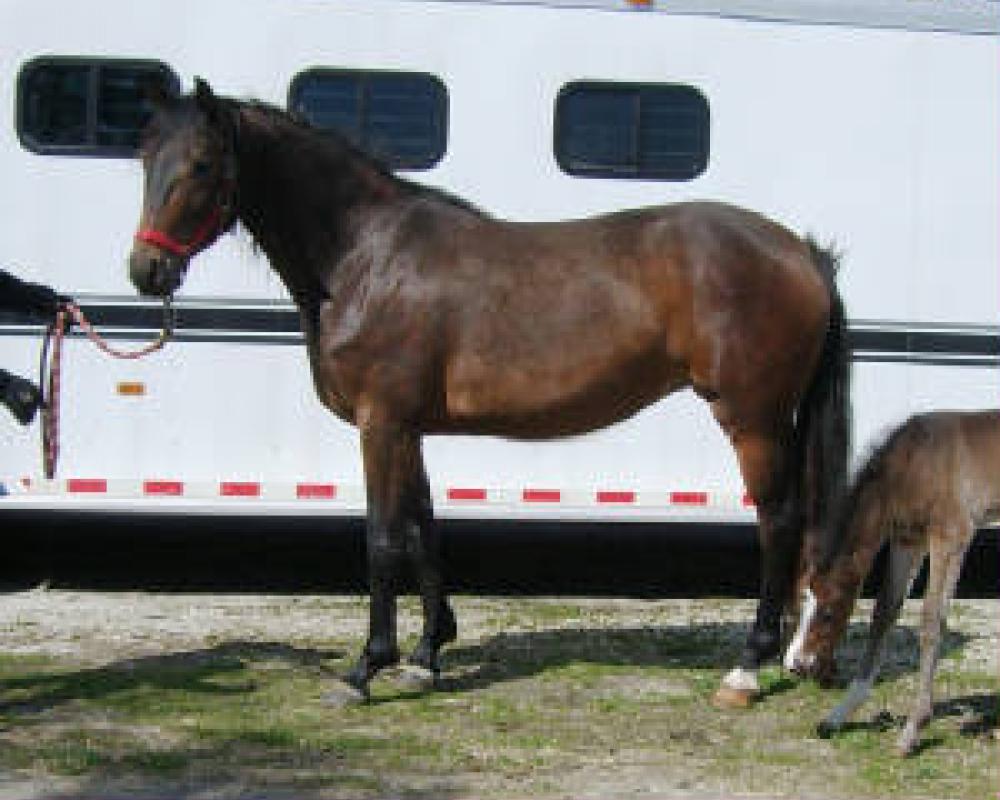 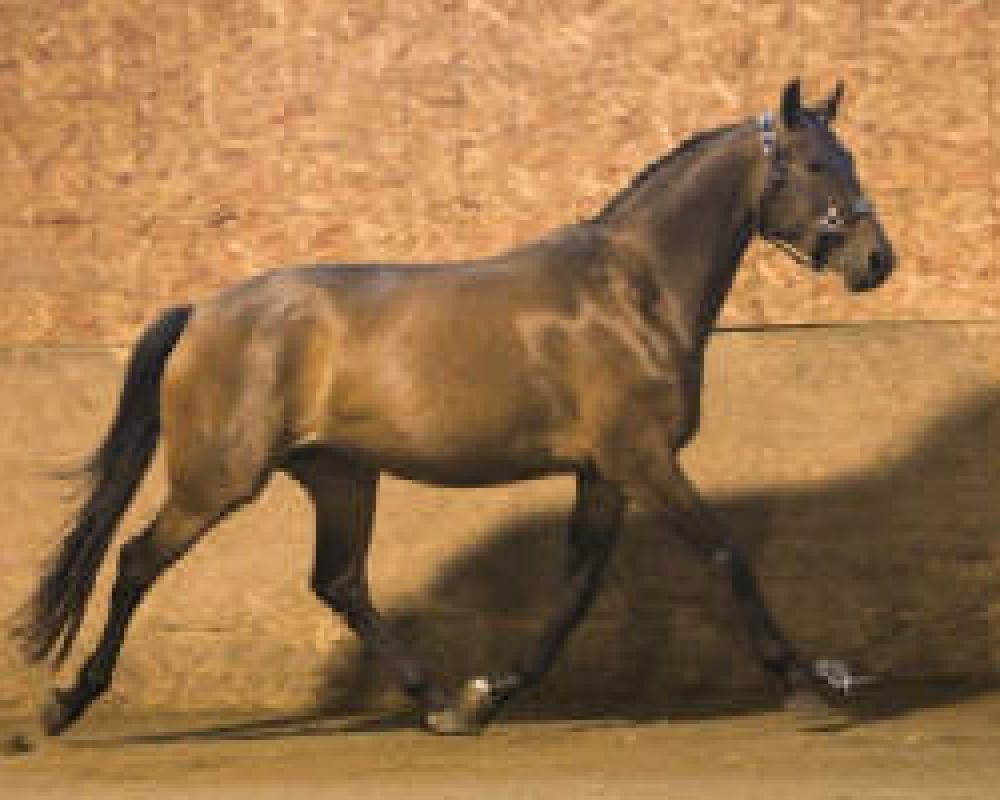 Rosalita is a Premium ISR/Oldenburg mare, also approved AHHA (MM). She is lovely and expressive, with elastic gaits. A proven broodmare, she has produced several foals including a provisionally approved stallion, Merry Me, who was high score of his ISR/Oldenburg stallion inspection. Rosalita is one of the prettiest horses you may ever see and has generations of St. Premium and Elite mares throughout her pedigree. Although she has not been under saddle for quite some time and is being sold as a broodmare, she was a very good riding horse: extremely smart, supple, naturally round in the bridle, and up in the forehand. She displayed good, forward thinking and showed more ELASTICITY in just her working gaits than most grand prix dressage horses ever show!
Rosalita's sire, Rosario, is by Rubenstein I and was 2002 Oldenburg Regional Champion. At his Performance Test he achieved the highest dressage index. He stands out against the many popular Rubinstein sons because of his spectacular trot as well as his outstanding walk and canter.
Rosalita's dam, O’ She’s Gauguin, by Opus*, is a premium ISR/Oldenburg mare out of generations of DAD winners. She has won several regional and national championships. In both 2008 and 2009 she was USDF Bred Mare Horse of the Year. Her dam is by World Champion and Olympic Bronze medalist, Gauguin De Lully. Her grand sire is Olympic Idocus, and a great uncle is Olympic Bronze Medal Winner Monaco. O’ She’s Gauguin has produced several USDF Regional and National HOY Champions and the newly licensed stallion Master Gauguin. Her daughter Rising Star not only has her own set of annual HOY Championship awards, but is the dam of Fresca, the 2014 USDF Training Level Adult Amateur Reserve National Champion.