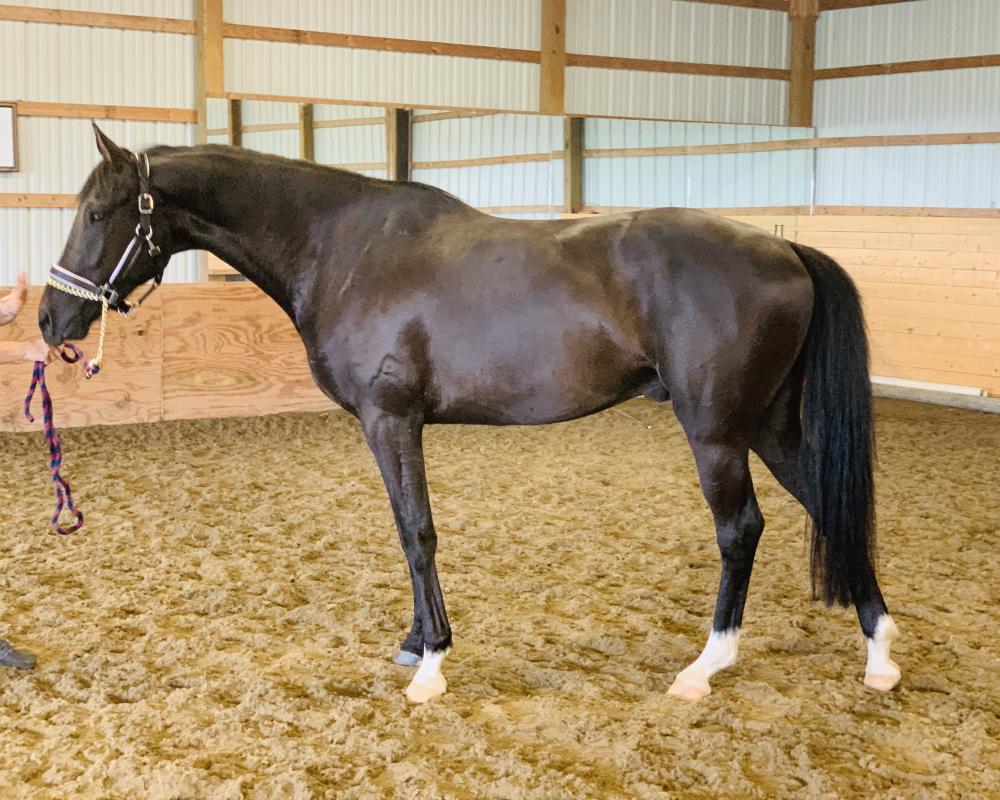 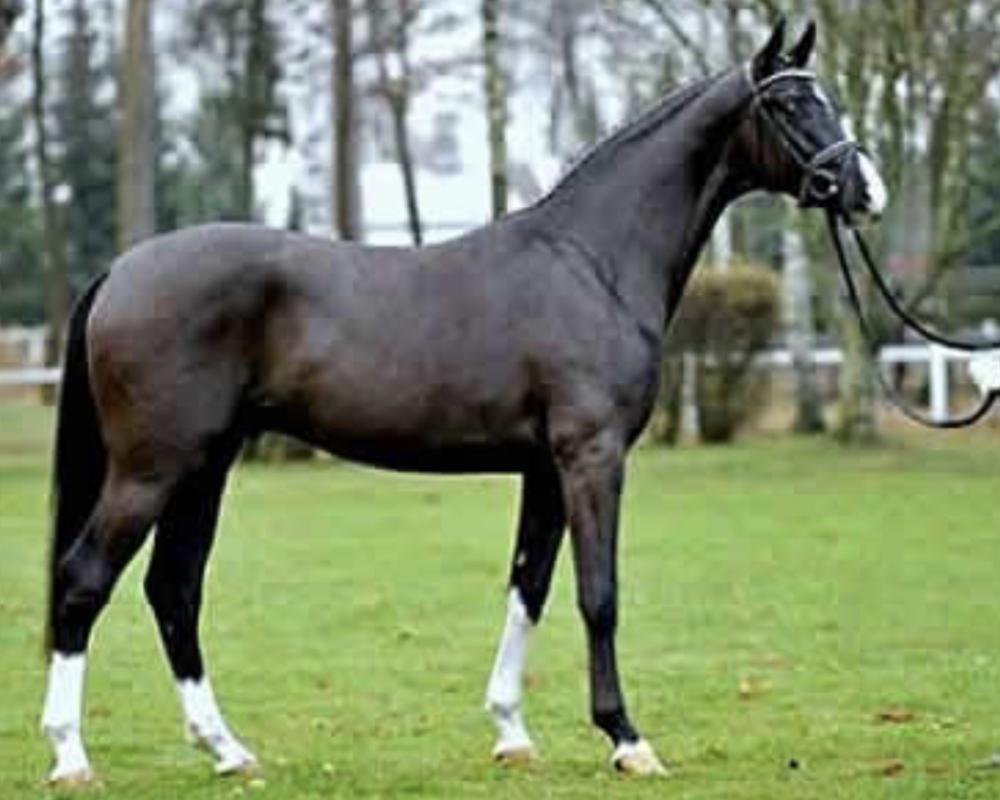 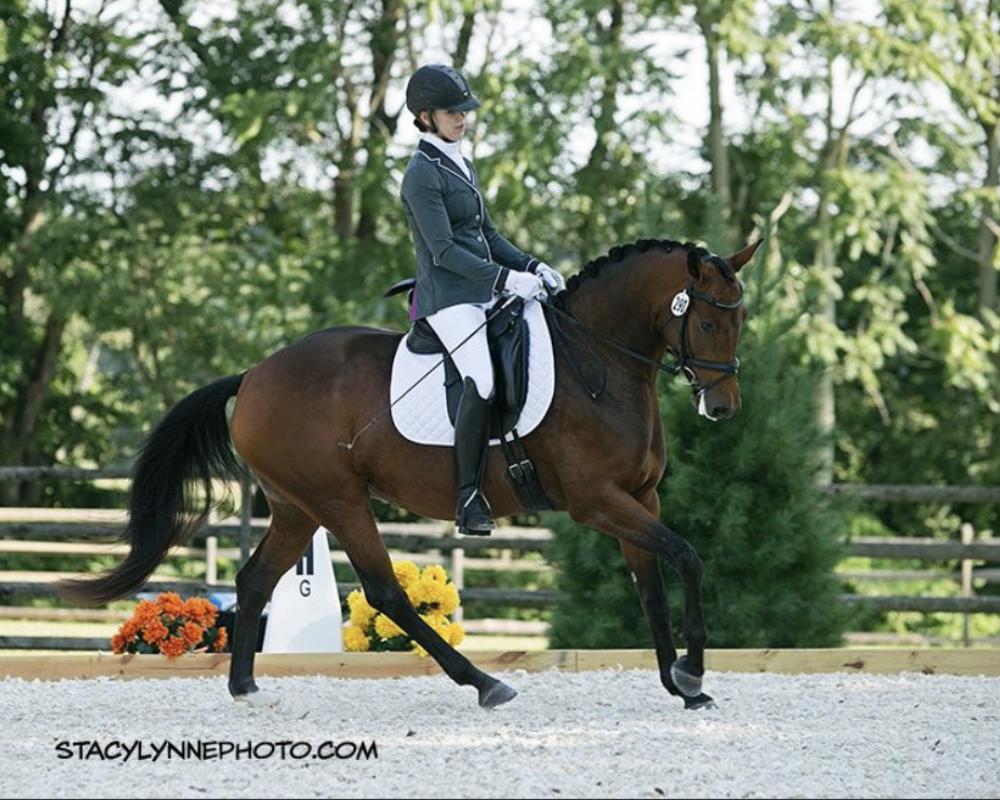 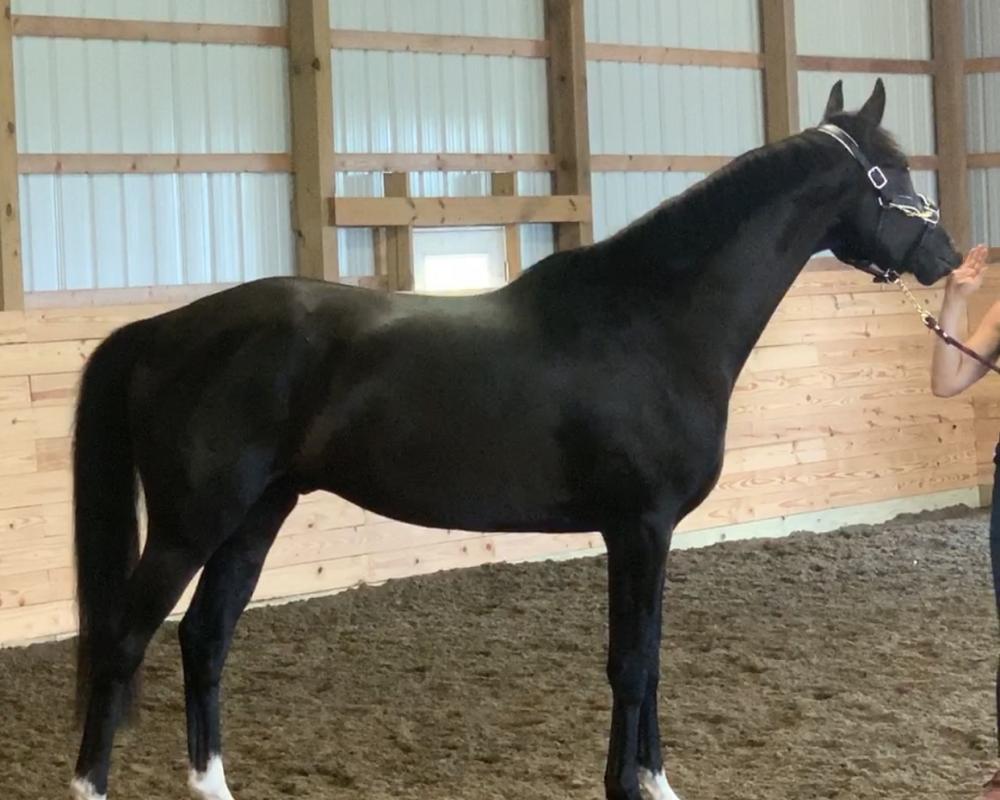 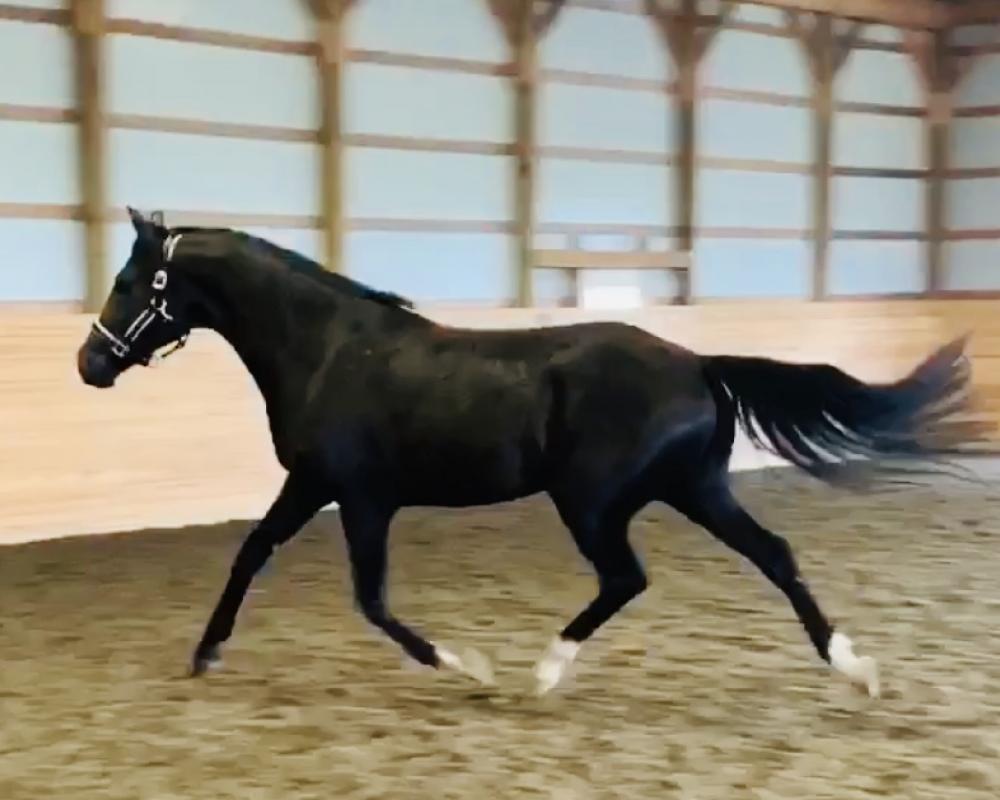 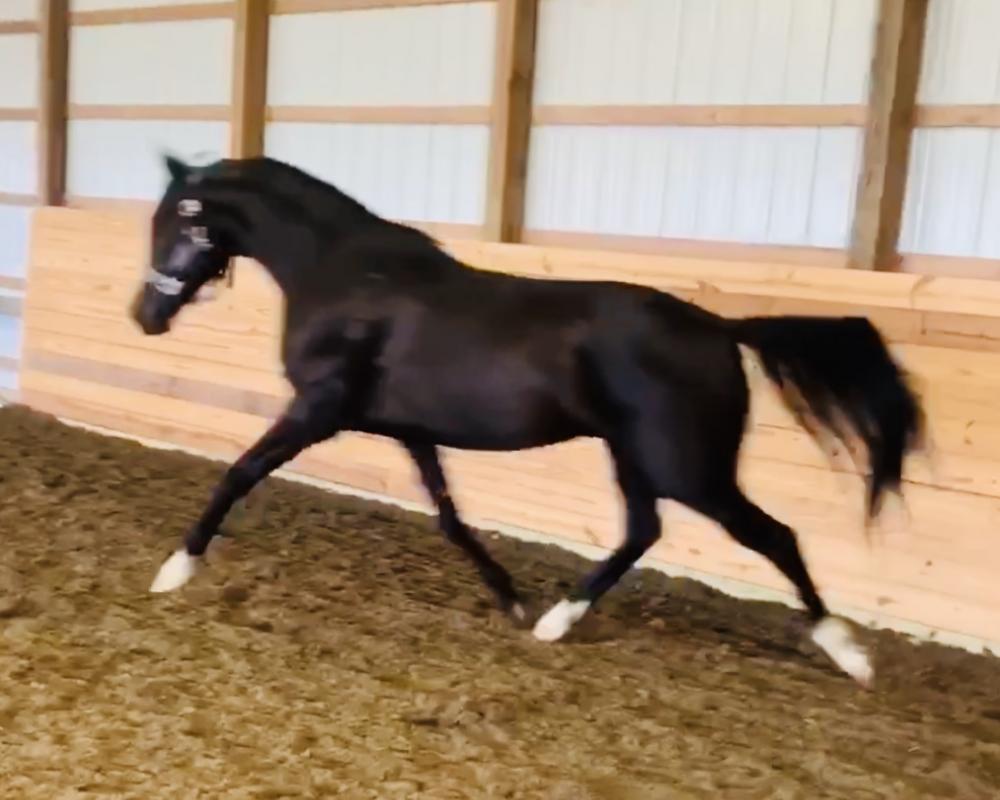 A very smart, classy gelding with a super hind end, a well balanced canter, and bloodlines to succeed in dressage.

“Smudge” would be a great prospect for a professional on a budget, experienced amateur or young rider.

His dam is the ster KWPN-NA mare Zsa Zsa is by the famous Jazz out of a Lancet x Joost mare. Her first foal by Rousseau won her keuring as a foal and went on to make the coveted top 5 in the country that year. That same filly made her sport predicate as a six year old by competing successfully at third level.

Priced to sell before we send him off to be started!!