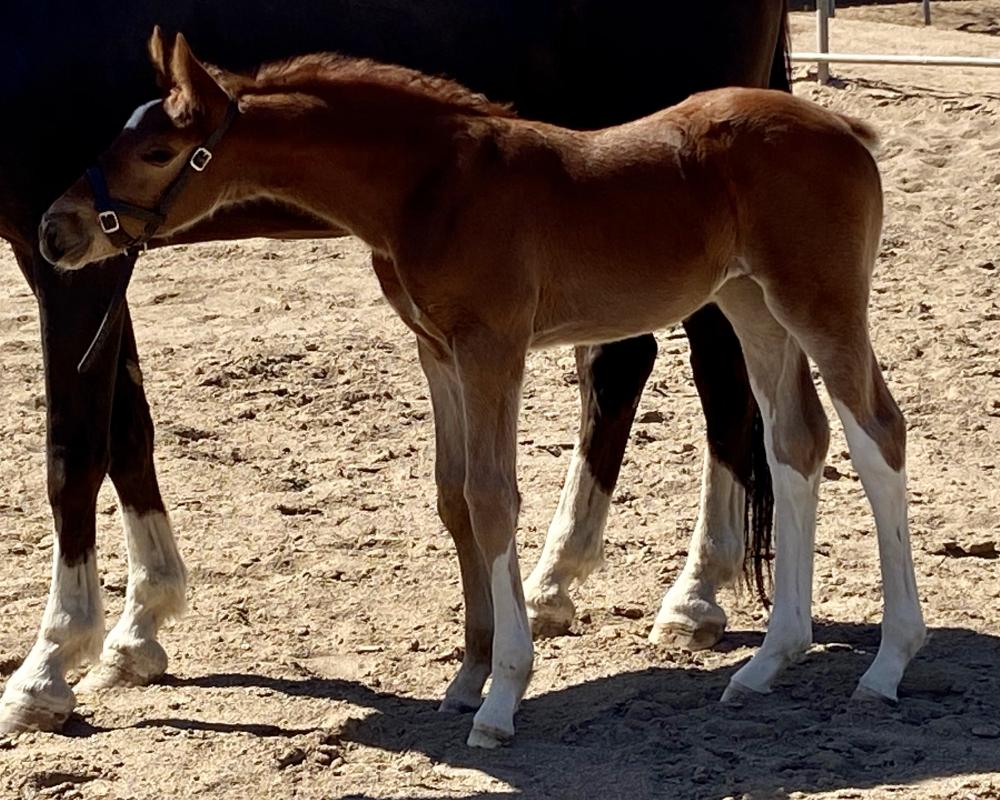 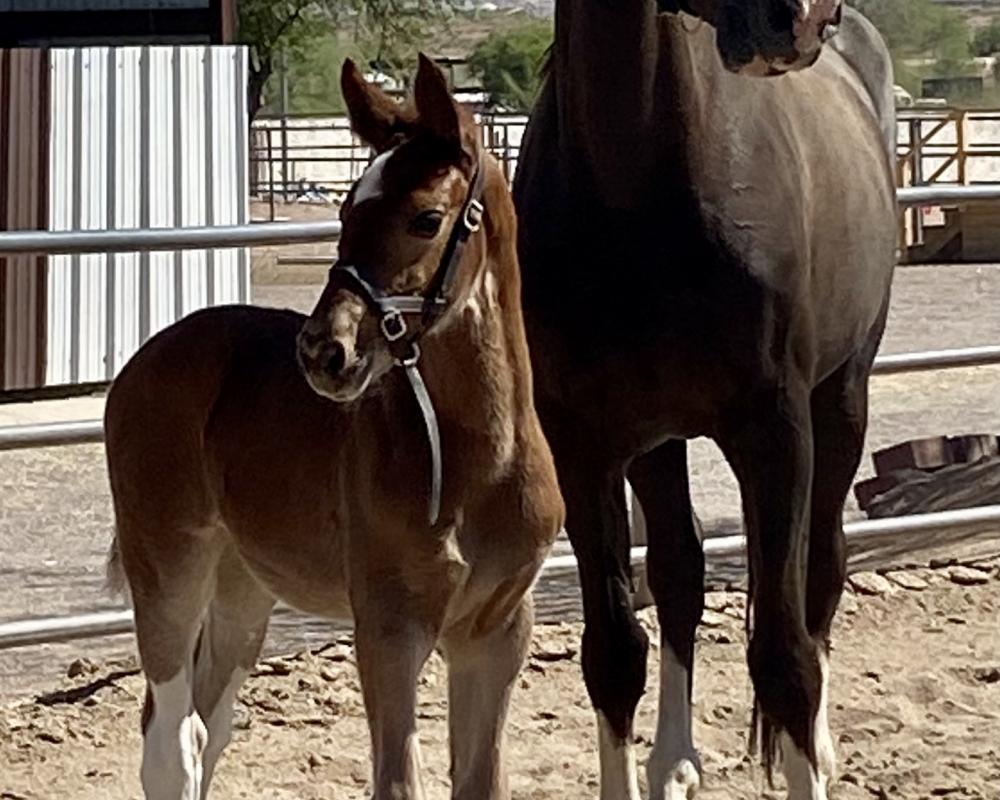 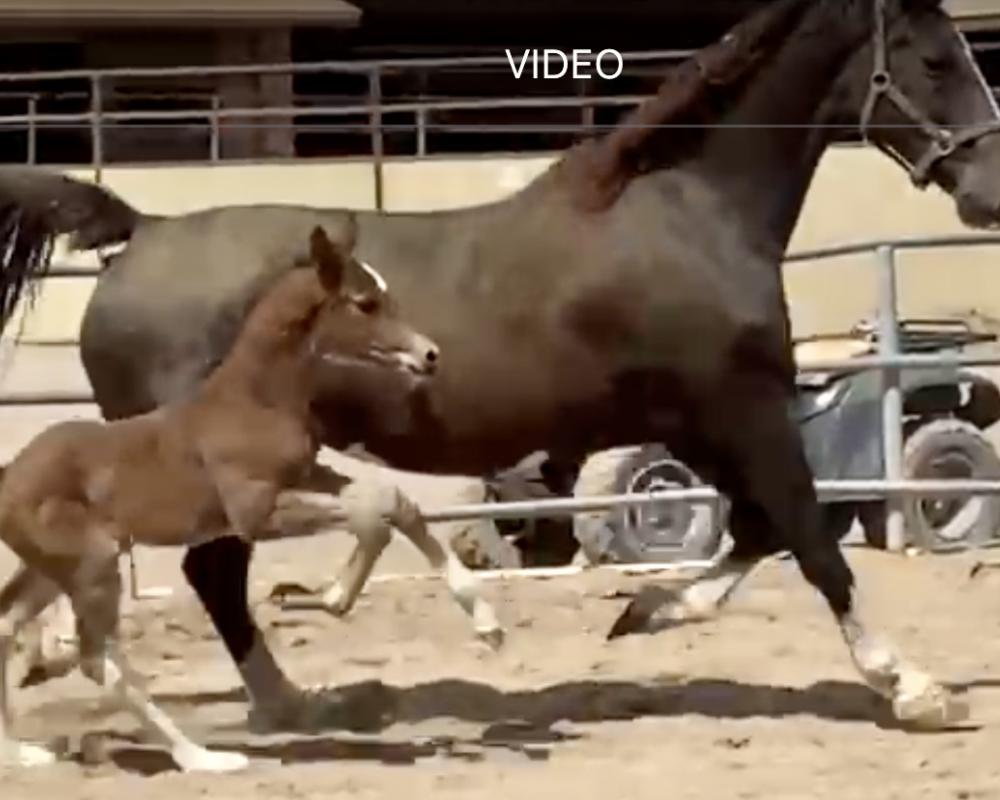 Exceptional 2021 chromed filly by Cielo B. HUGE movement and sit! Bred to jump but easily an UL dressage filly!

“Rue” is a lovely, leggy March 2021 KWPN filly! She is out of a line bred Renovo dam that produces a huge shoulder and active hock and by the well known Cielo B. Has a lovely personality to her and everyone stops what they are doing when she comes out. She demands attention. Will really excel in any ring whether it be at the top of dressage or top of show jumping. She came out looking like a powerhouse and just gets bigger and stronger everyday. I haven’t seen a shoulder on a baby like this in a long time!!!

Cielo B, by Simsalabim, out of a Jus de Pomme daughter (double gold Atlanta, 1996) is the latest in a line of exceptional performance horses. His pedigree includes 4 Olympic competitors, as well as several international level jumpers. In addition to his unsurpassed bloodlines, Cielo possesses a superb temperament as well as beautiful conformation and movement He has produced 100% Premium foals in his first five foal crops. He stamps every single foal! In 2008, his daughter Galaxy RSF was the second highest 2 yo in the Nation, while son, Gentleman, was placed 3rd overall.
His sire, Simsalabim descends from the legendary Darco, the foundation stallion of the BWP, an Olympic competitor and sire of numerous approved stallions including Parco. Simsalabim's damsire, Feinschnitt another Olympic competitor, jumped at the 1984 games. Cielo's dam Montana is by the double gold medallist Jus de Pomme, while Montana's damsire, Ahorn rounds out the Olympic heritage of Cielo.
Winner of the jumping portion of the 2009 70 day stallion test with a 140.07.
Cielo has his permanent breeding license with BWP, Continental Studbook, CWHBA, GOV, ISR/Old NA, RPSI and foals are eligible KWPN Register A.

KWPN
Eligible for others