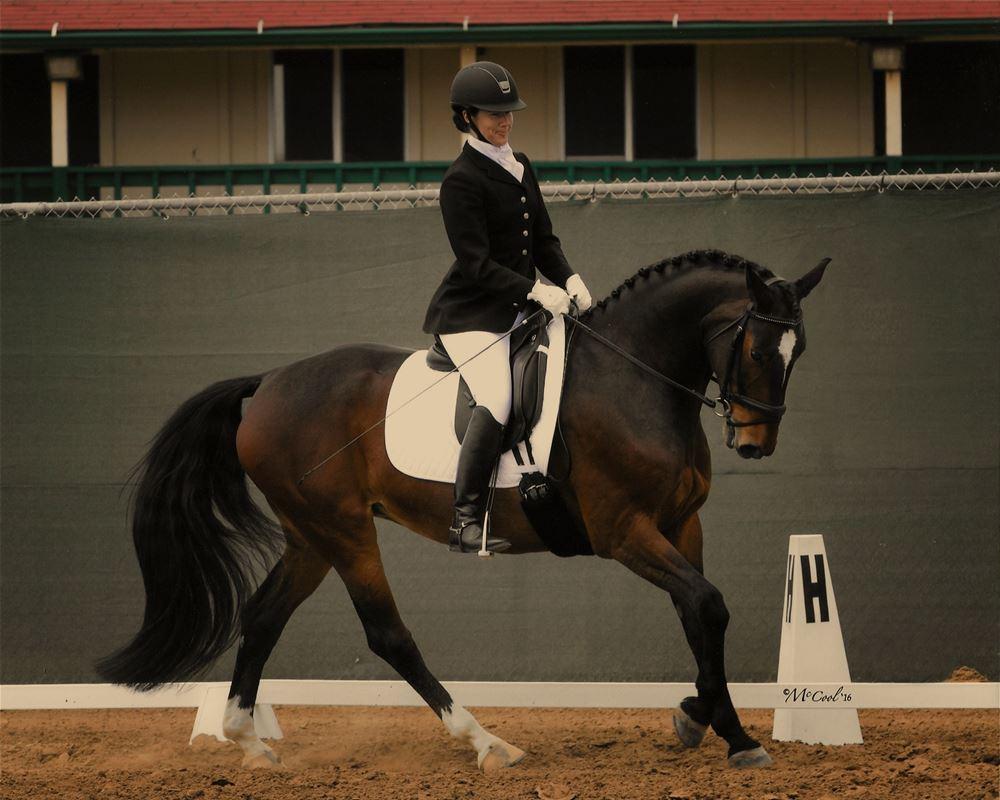 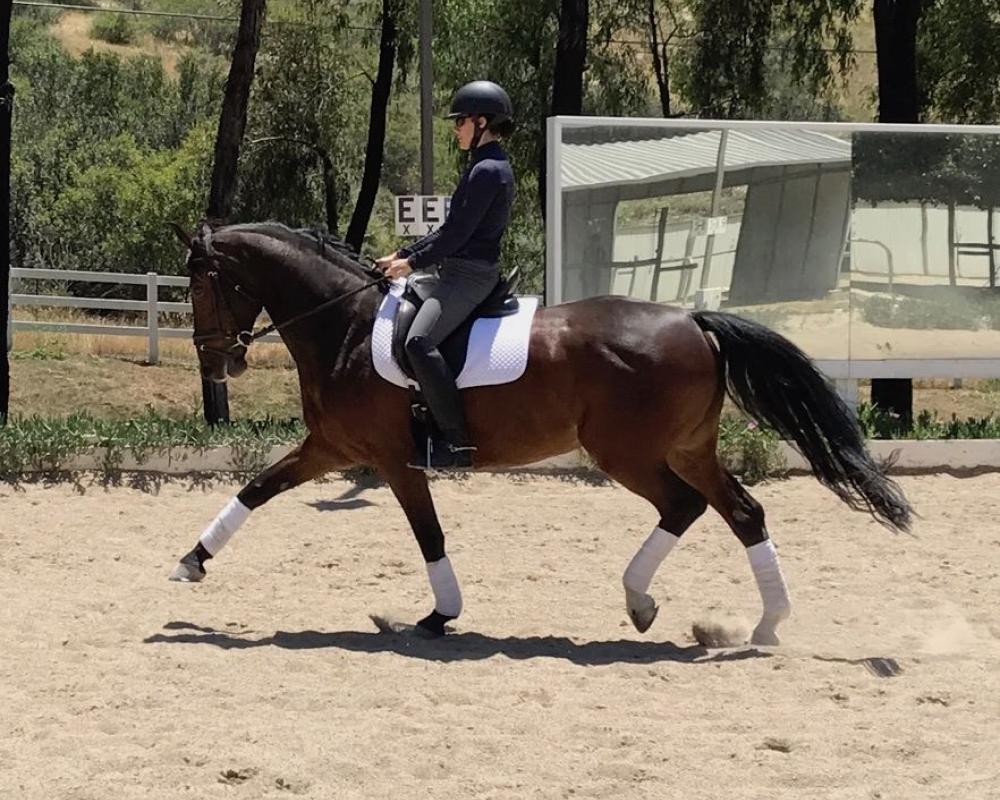 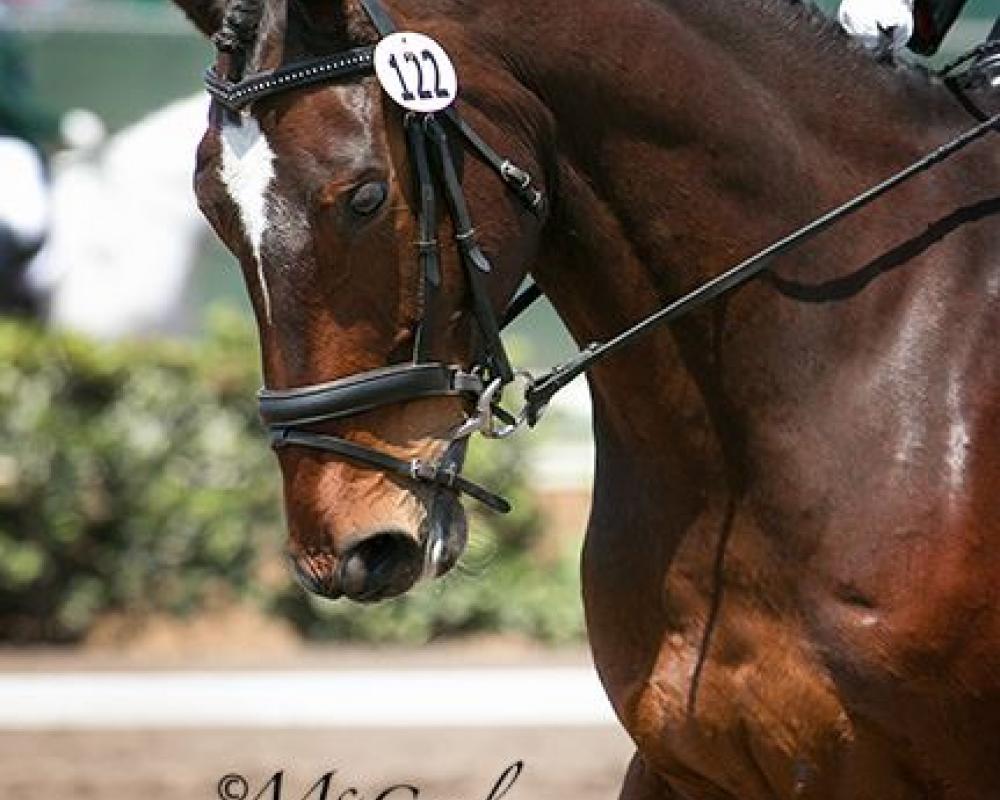 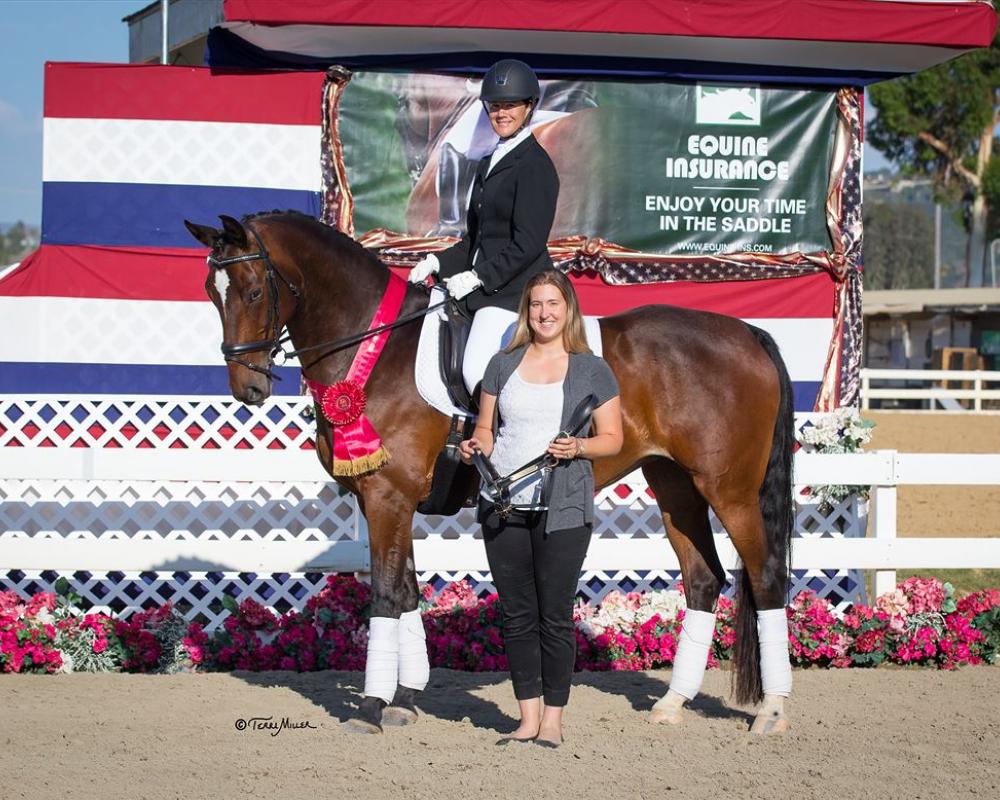 ***Update!!*** Rupa had a great show at Flintridge, CA in May Scoring a 68.8 in her first performance in a Second Level Freestyle! Video uploaded!

Rupa is a cuddly sweet affectionate 2006 16.1hh Hanoverian mare. Rupa is from a long line of exceptional Hanoverians. She is by Regardez out of the legendary Rubinstein, her Dam from the the famous Voltaire, and an Akzent II mare looking the part of her pedigree. In 2016 Rupa competed first level with her amateur owner scoring up to 72% winning reserve champion at RAAC , tying for 4th place at the USDF championships, and being invited to the National Championships. This year she has been excelling at second level. So far the pair have been easily scoring in the upper 60’s and won reserve high point at the Del Mar National second level.

Rupa is very affectionate talking to everyone who passes through the barn that she knows. She loves attention and is easy to handle on the ground. She has a huge personality that always seems to have a positive outlook on things. Rupa is a healthy sound mare that is a pleasure to have in the barn. We also have a recent set of radiographs for anyone interested.