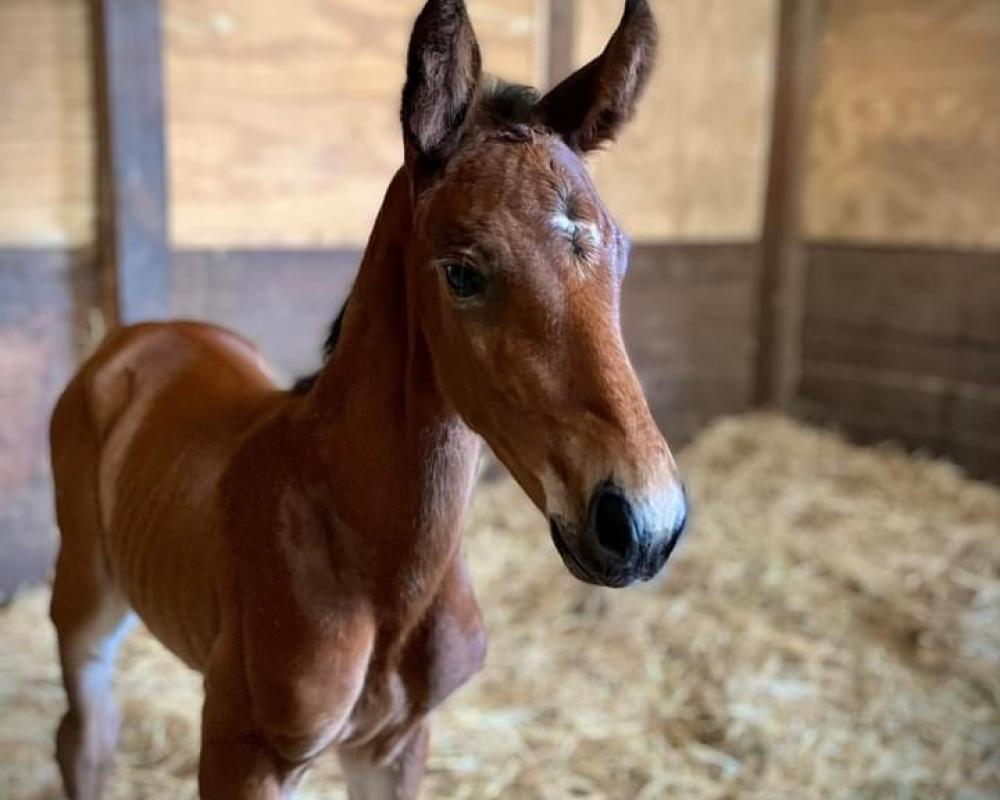 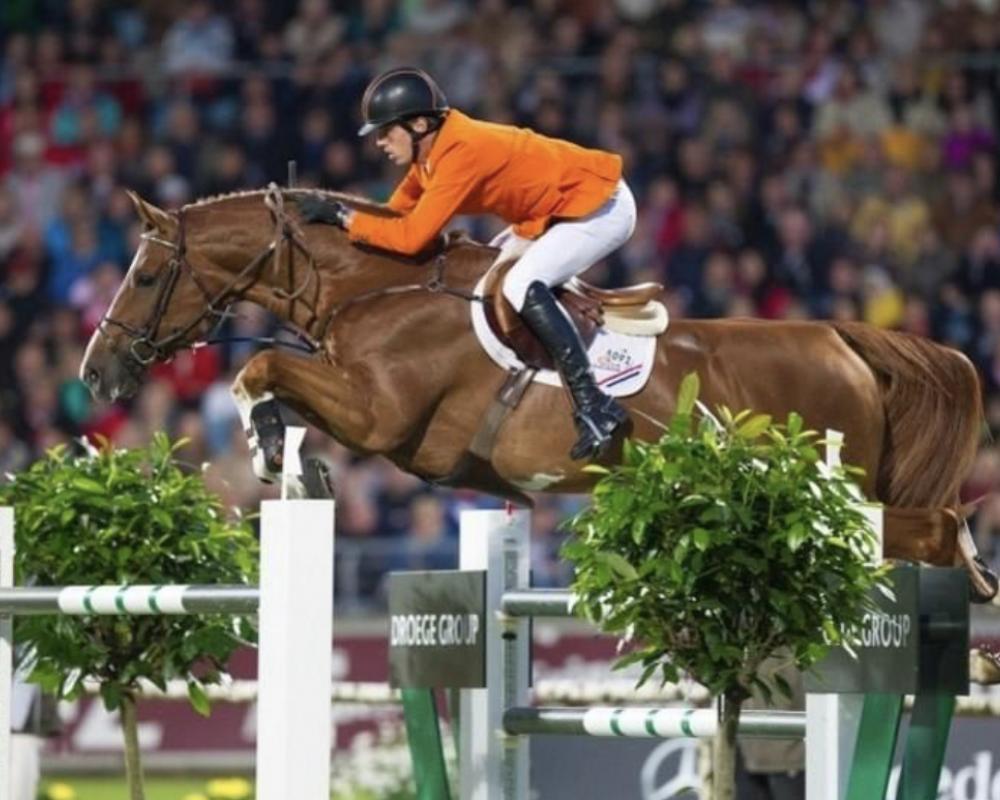 Sire Emerald van't Ruytershof is an exceptionally talented international Grand Prix and 2016 Rio Olympian stallion who has racked up international placings and wins for years. In 2016 he also became the winner of the Nations Cup in Rotterdam and placed 2nd in the World Cup Final. Emerald's offspring are proving to be superb, talented and rideable athletes who inherit their sire's power and scope. He already has several offspring jumping at international 1.60m grand prix, including Igor, Jaguar vd Berghoeve, Iluna, Imerald van't Voorhof. He has more than 20 licensed sons including I'm Special de Muze, Escape Z, and Pommerol de Muze.

Dam Opera (sport name Costa) competed 1.45m internationally and has already produced a 1.50m horse. She is out of the full sister of GP jumper and Olympic dressage horse Silvano N.

***The mare in the video with the foal is a surrogate***

Will be registered KWPN-NA