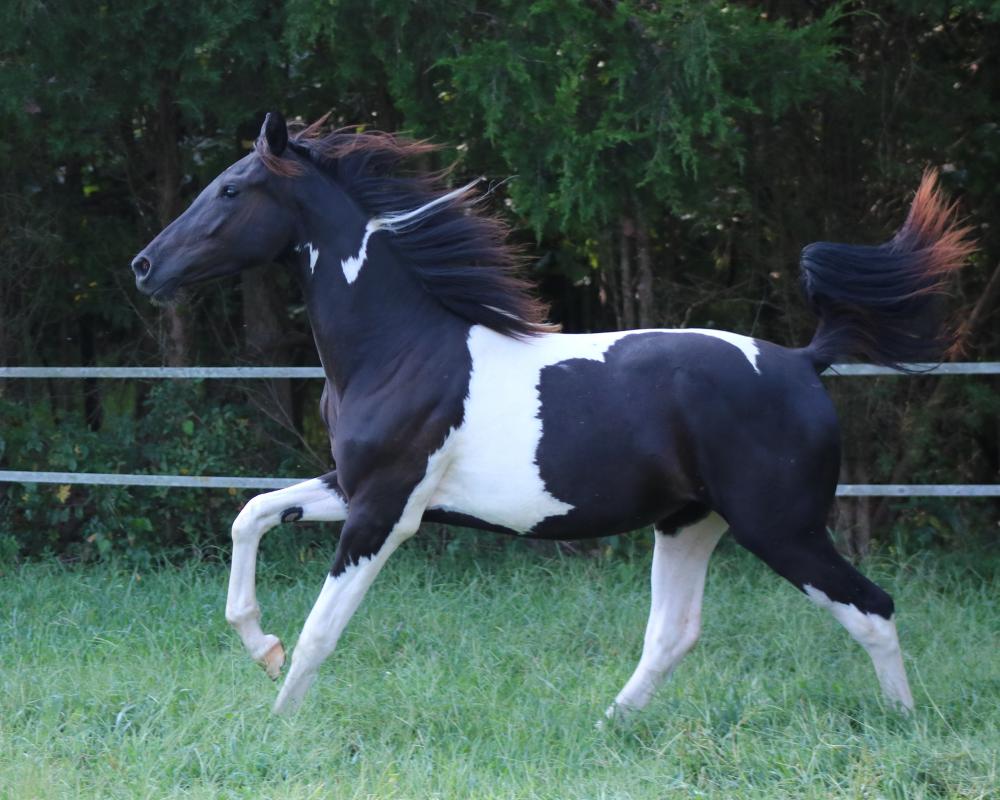 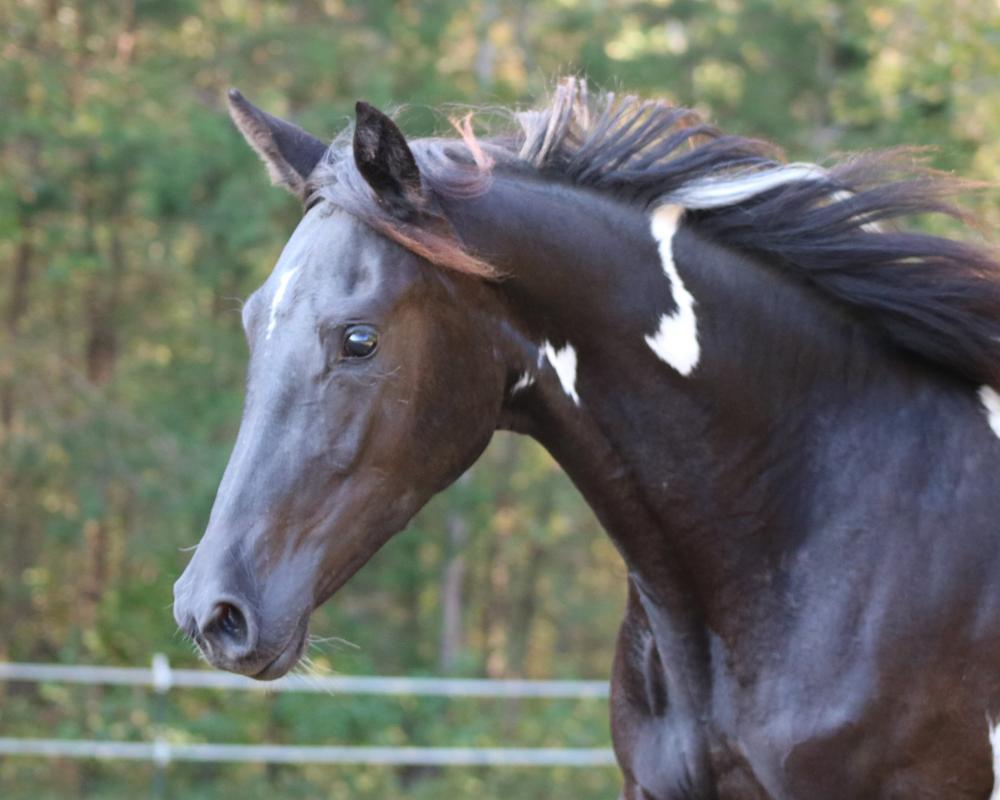 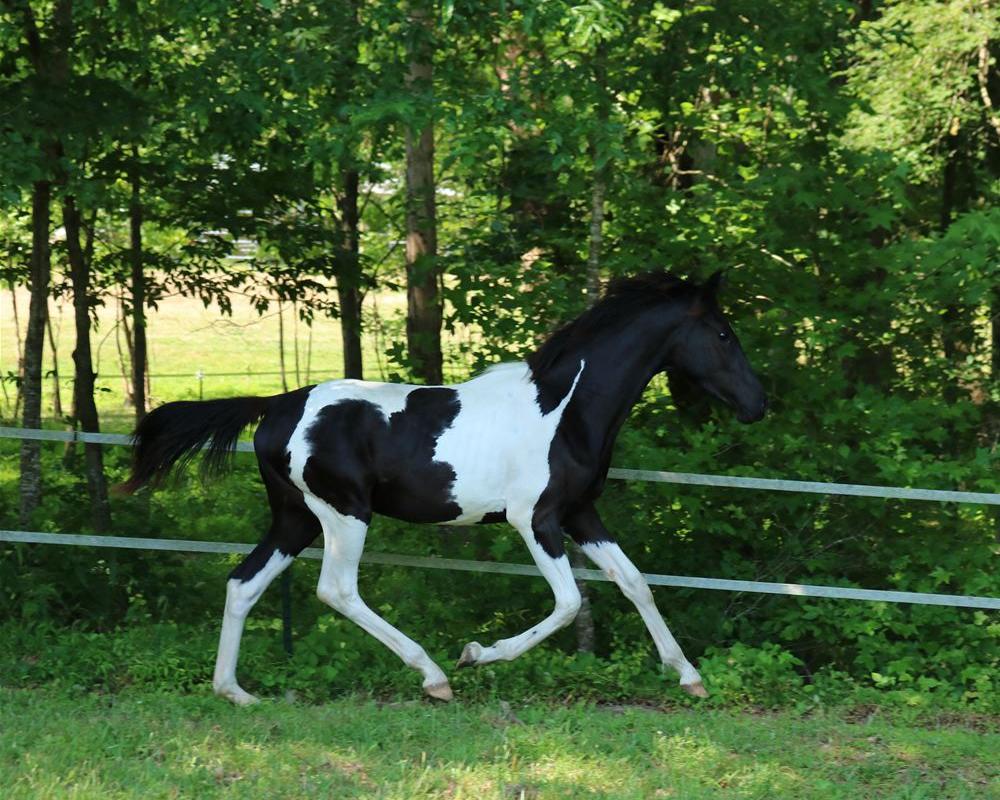 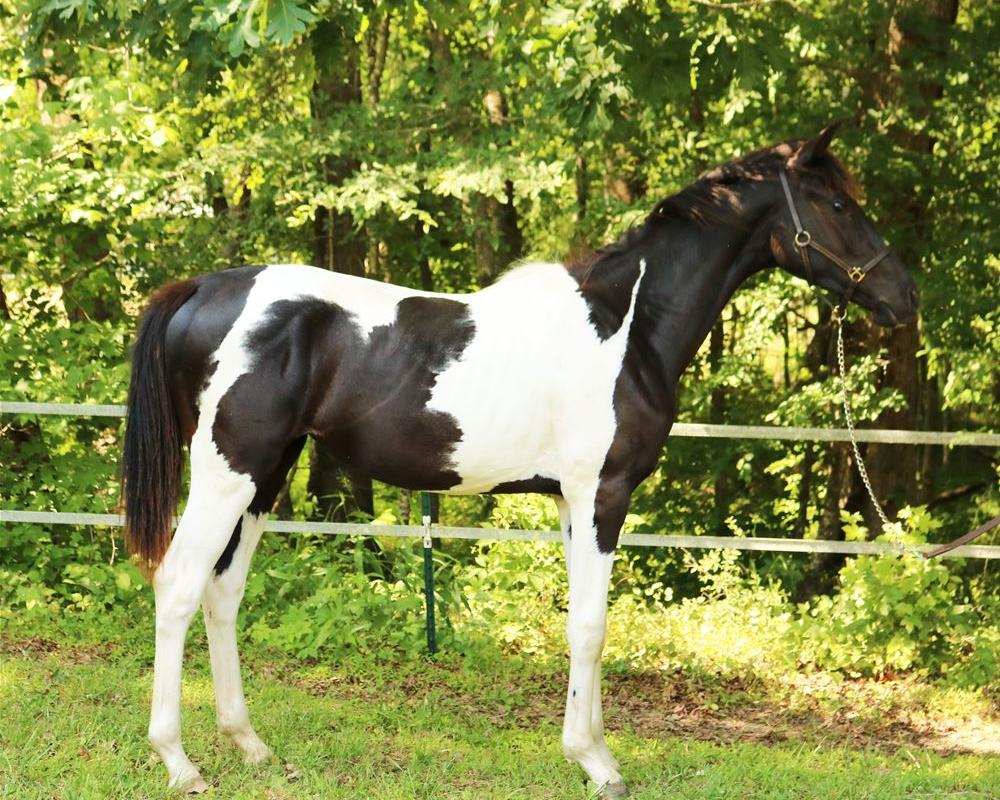 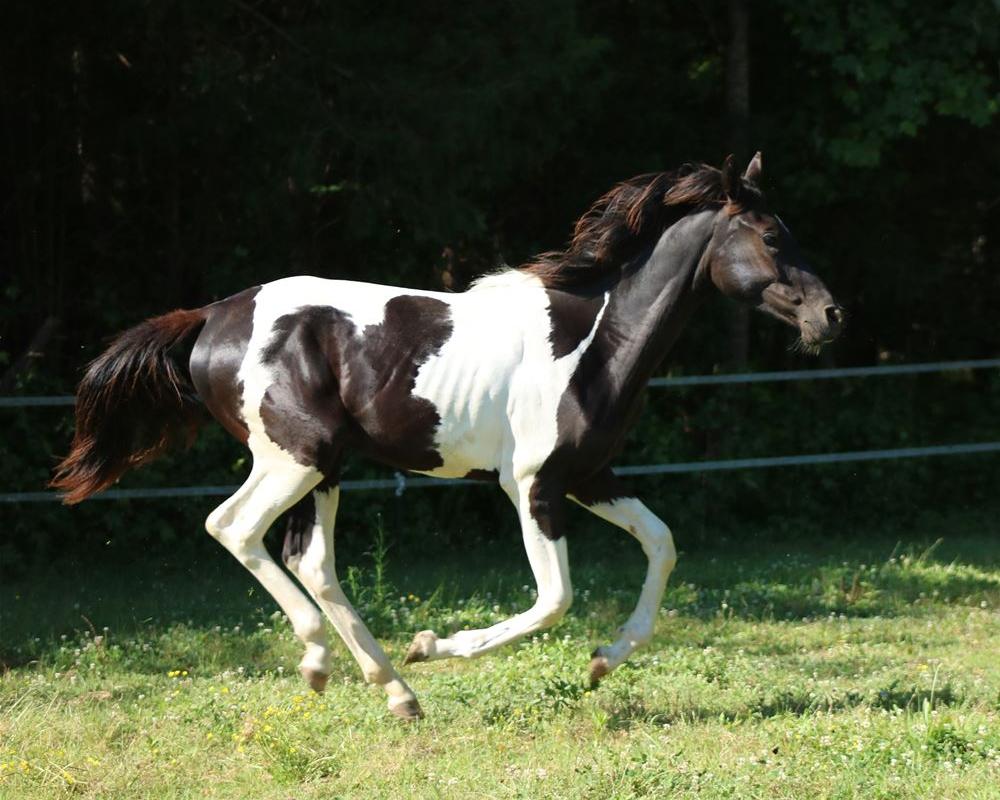 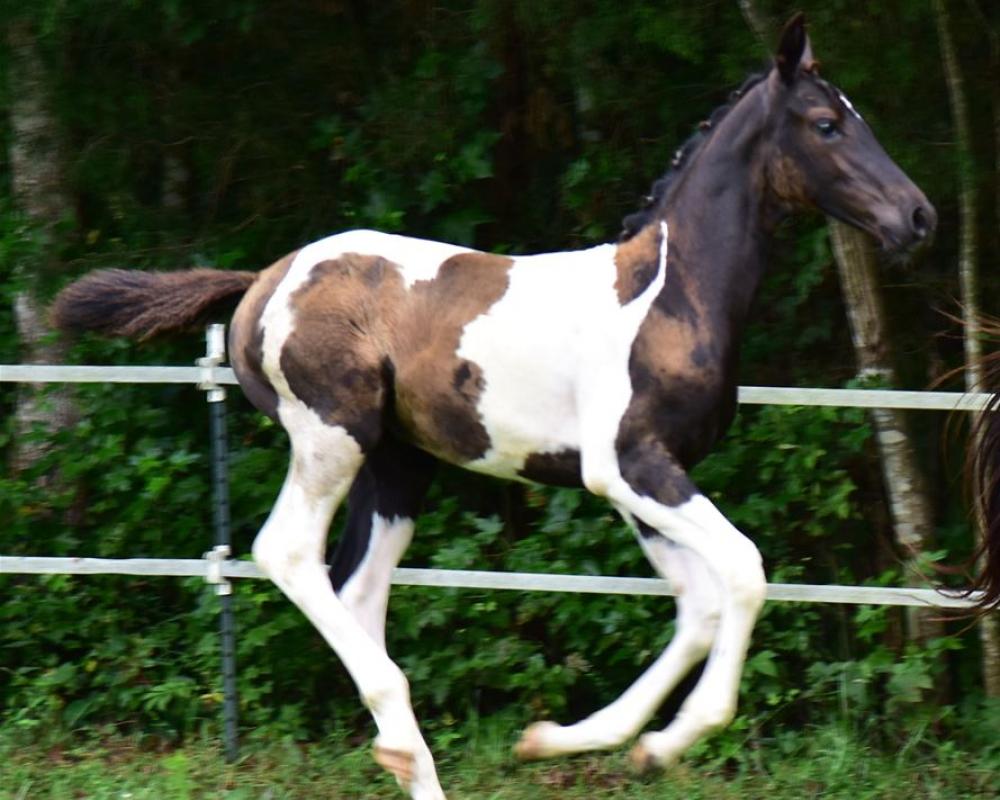 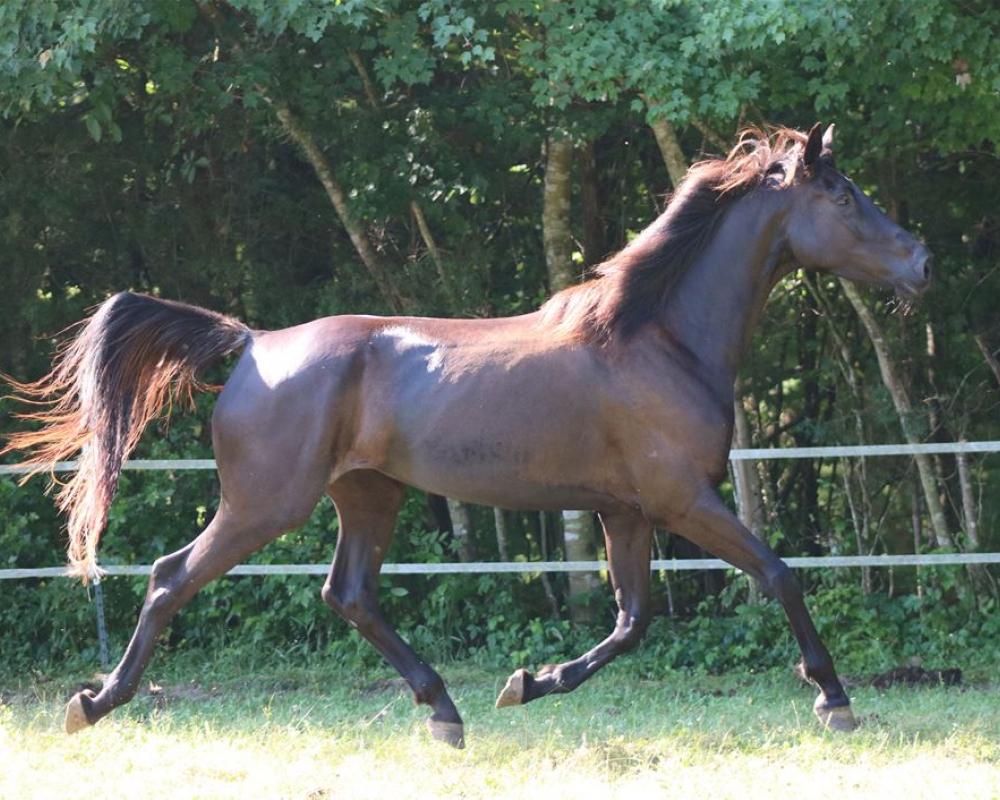 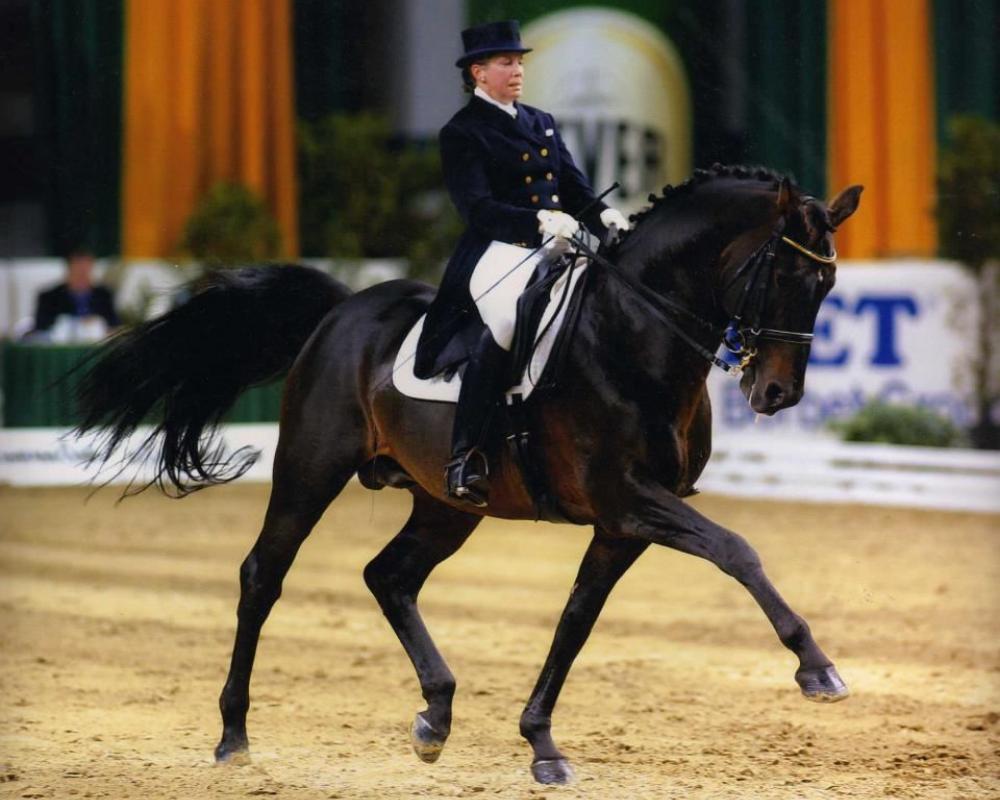 Filly’s sire Sempatico was the "Bundeschampionat" National Champion ZfDP as a foal. One of only 2 fully approved Homozygous pinto Warmblood stallions in the world, Sempatico's has produced numerous successful sporthorses.

Dam sire, Lagoheidor is a rare combination – having won both his Keuring and Stallion Performance Test, competed successfully at international FEI show jumping and FEI dressage and has produced upper level show jumping and dressage offspring. Lagoheidor was Supreme Champion stallion of the 1994 Oldenburg approvals, convincing in every respect. He dominated at the Stallion Performance Test in Medingen, against heavy competition with a score of 140.75 points. He won the total classification with equally high points in all criteria including achieving a perfect score of 10 for jumping. He is approved for breeding in eight different registries including Hanoverian, GOV and Dutch. Lagoheidor is a full brother to the approved stallions Landwerder, as well as Landor S who became the German National Champion of six-year-old jumpers.

Sansa Stark EMP is a delightfully bred filly for the discerning buyer looking for bloodlines that can compete at the upper level and will be sought after for breeding in the future. Special consideration given to a proven show home. Payment plans available.

Empyrean Farms is a small farm in central North Carolina right outside of Raleigh. We are dedicated to breeding quality Warmbloods with an emphasis placed on correct conformation, athletic movement, sound minds and willing temperaments... the color is just extra.
Email Seller Now
Visit Seller Website
More Horses From Seller