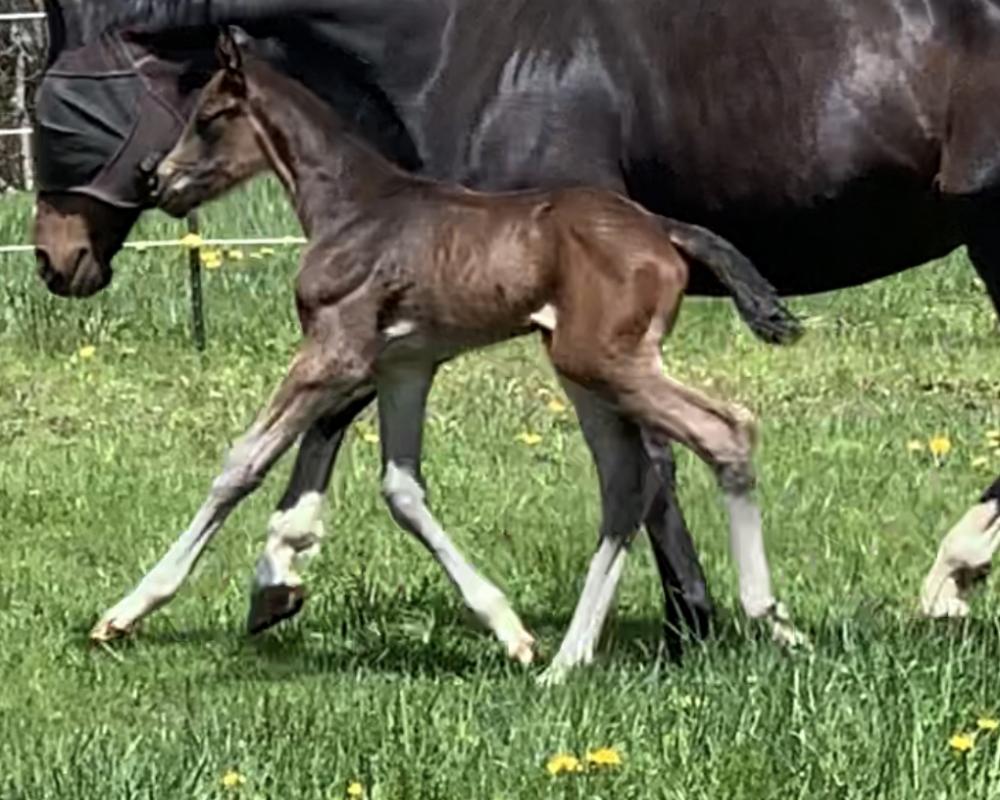 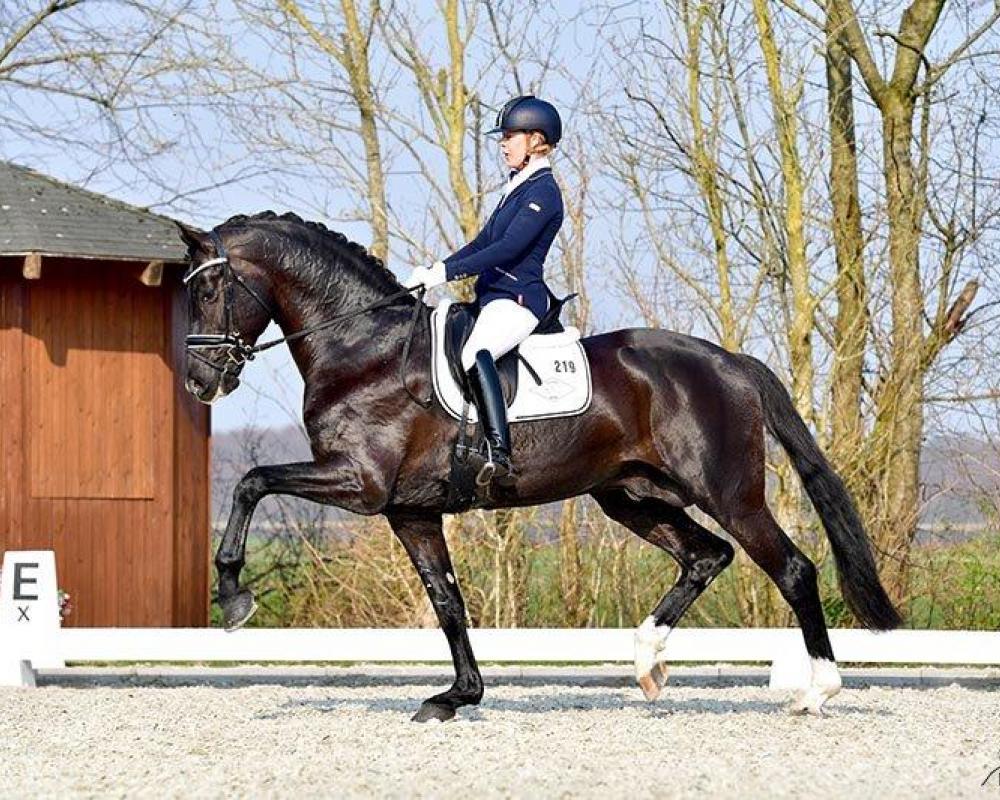 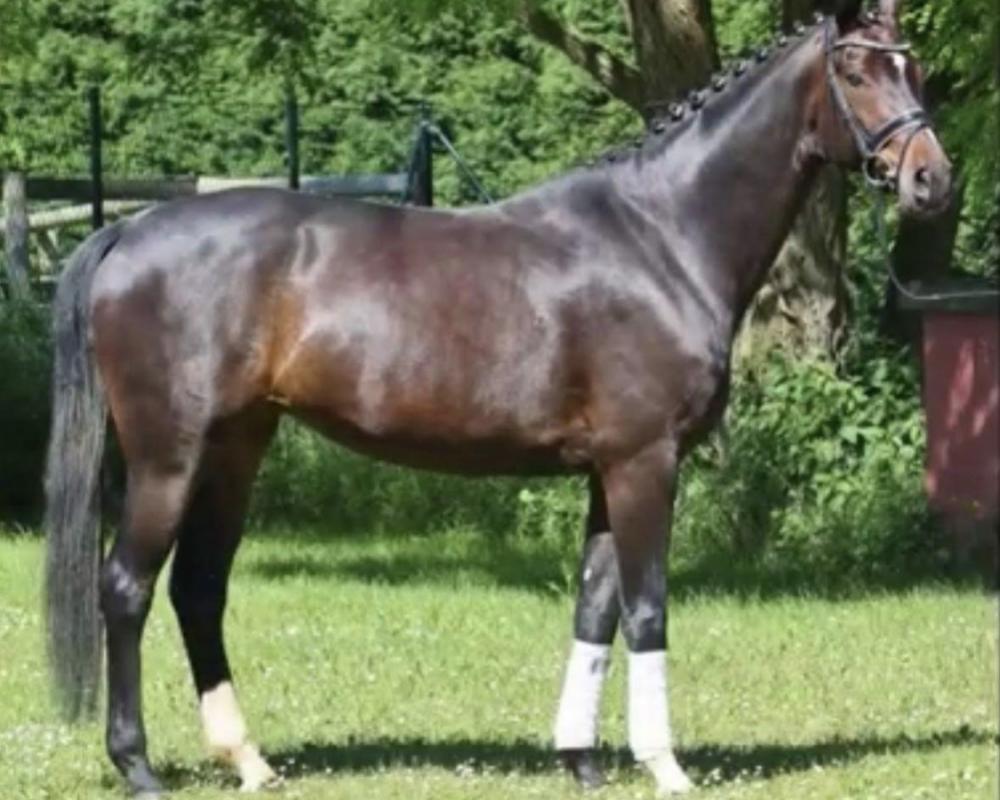 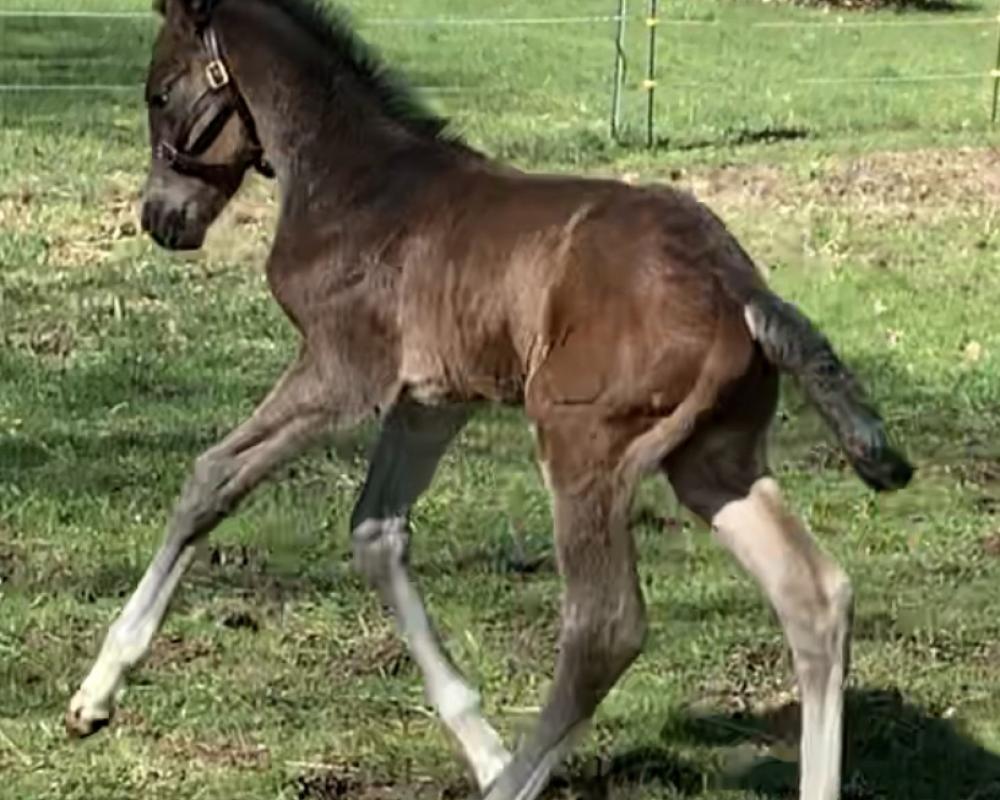 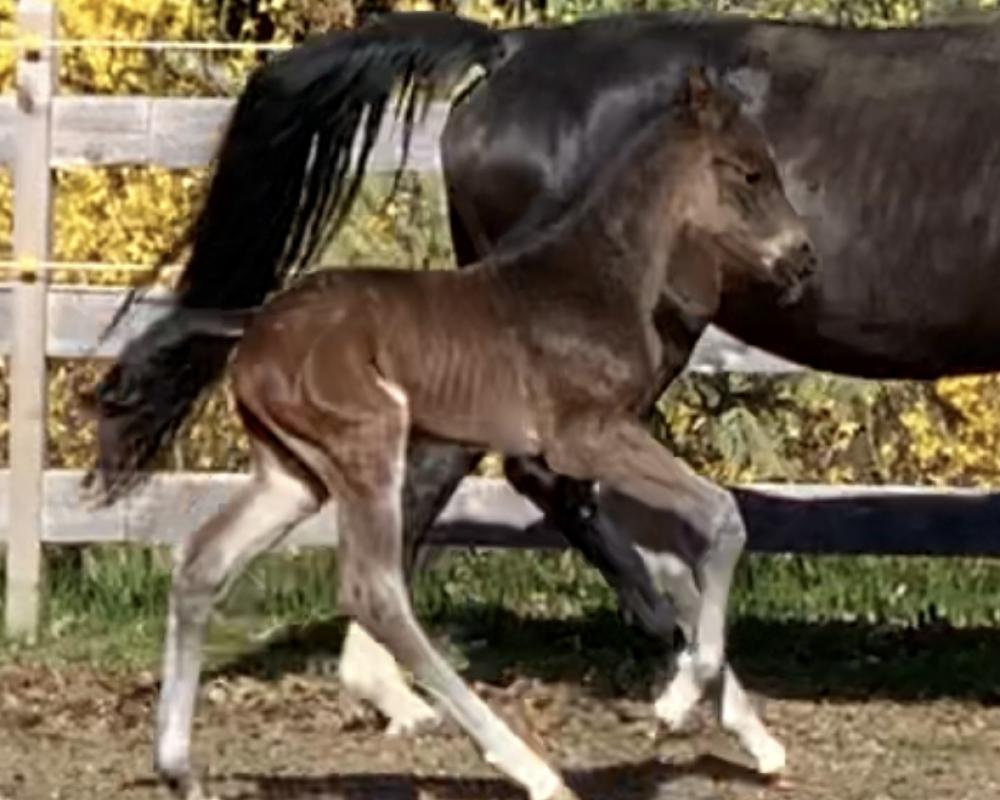 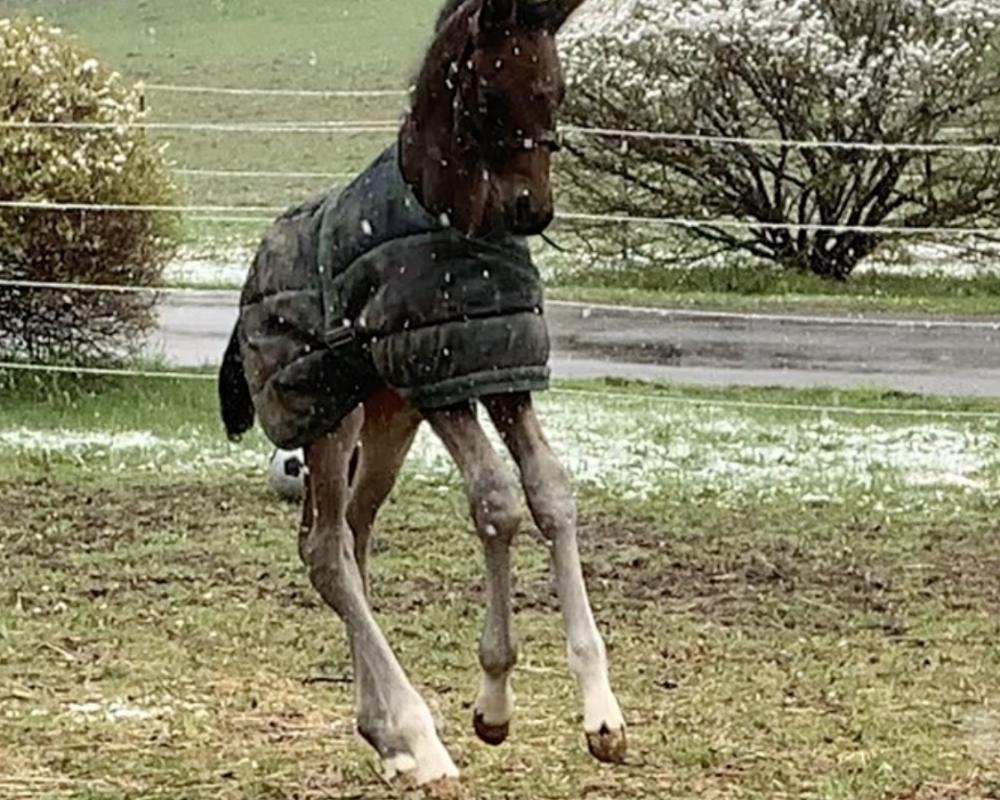 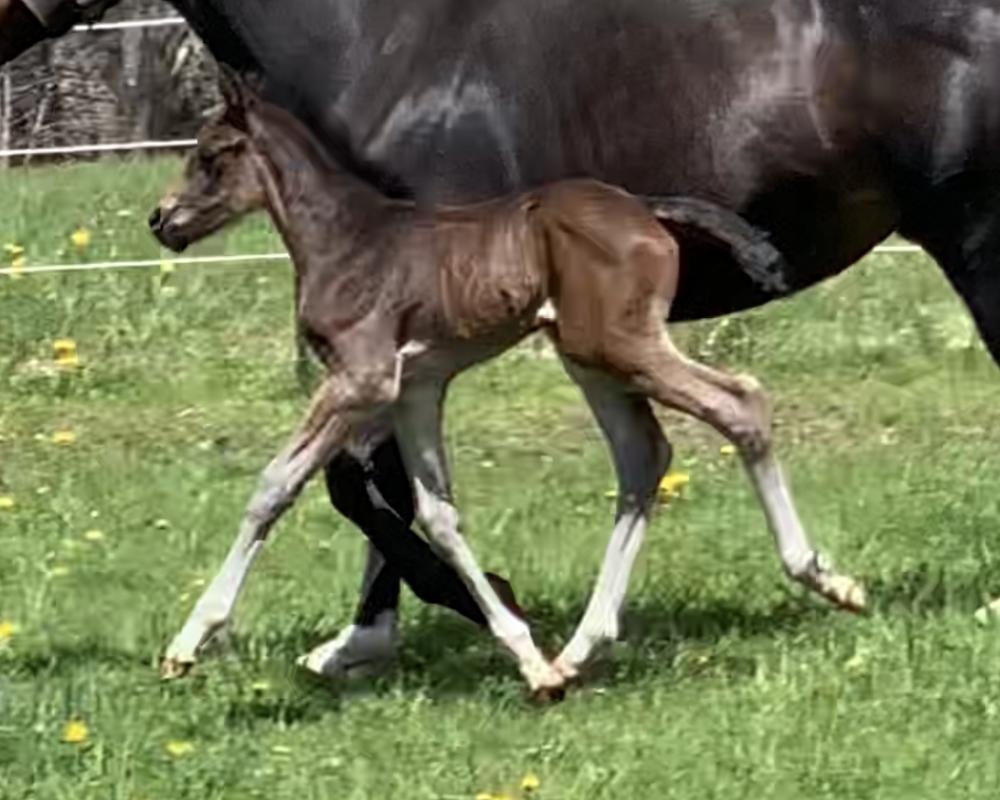 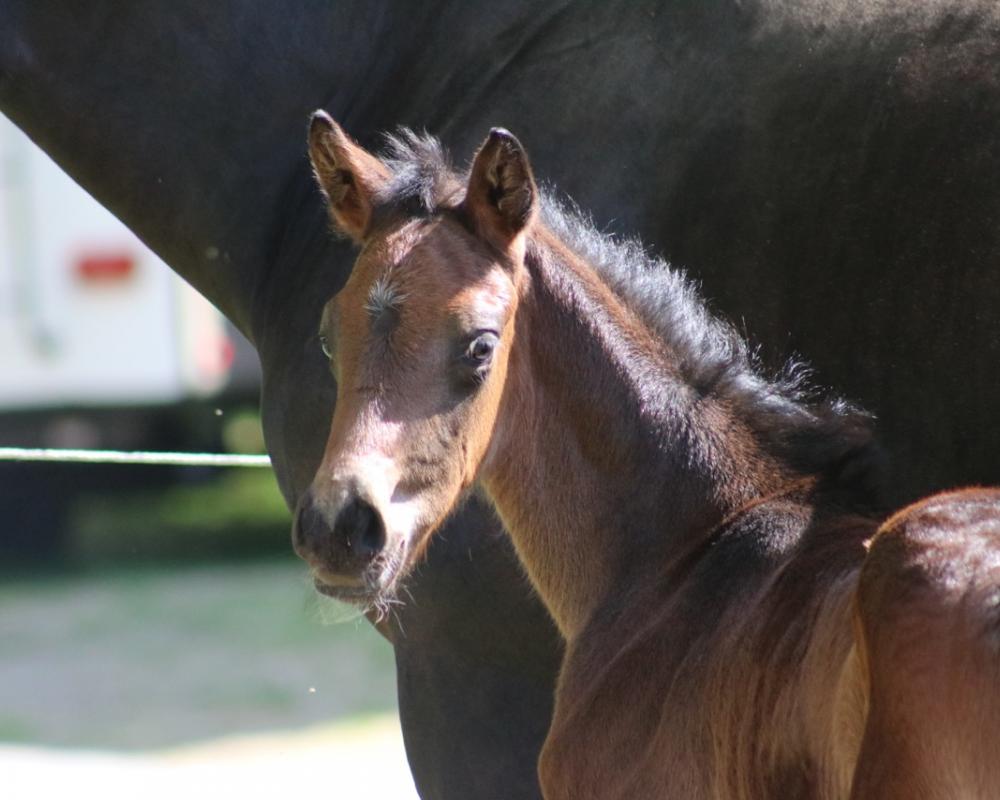 Secret’s Out is by the popular black stallion, Secret who won his Schlieckau 14-day Performance Test with a score of 9.5! - including gallop 10.0, trot 9.5 and rideability of 10.00.
In 2019 he wowed the crowds at the World Young Horse Championships for 5-Year olds, winning the qualification round and earning Silver in the Finals with multiple "10s".

Secret is a son of triple World Champion of Young Dressage Horses, Sezuan. Sezuan was also a champion at five, six and seven years old. During these competitions, he received scores of 9.5 and 10.0. Sezuan was champion of his stallion test and received the high score of 10.0 ten times, a new record

This colts dam, Jeremia, is a beautiful premium GOV mare imported from Germany. She is by Jazzman with the impressive Jazz as her grandsire. She has the legend, Contender on her dam side. Jeremia and her last foal both scored the highest scores at their inspections with her foal receiving the Foal of Distinction award.

Secret’s Out, aka, Snitch, is already proving to be an exciting prospect. His personality is like a puppy dog with his movement being spectacular. He is sweet, brave, inquisitive, lovable and between his kindness and movement he has earned the nickname, Teddy Bear on Stilettos.

Price includes board for the foal, routine care including vaccinations, worming & farrier care until 6 months of age and preparation and presentation for the German Oldenburg Verband. We have the German inspector scheduled to come to our farm in August for the inspections, but not sure with Covid if that will still work.

Will be registered with the GOV