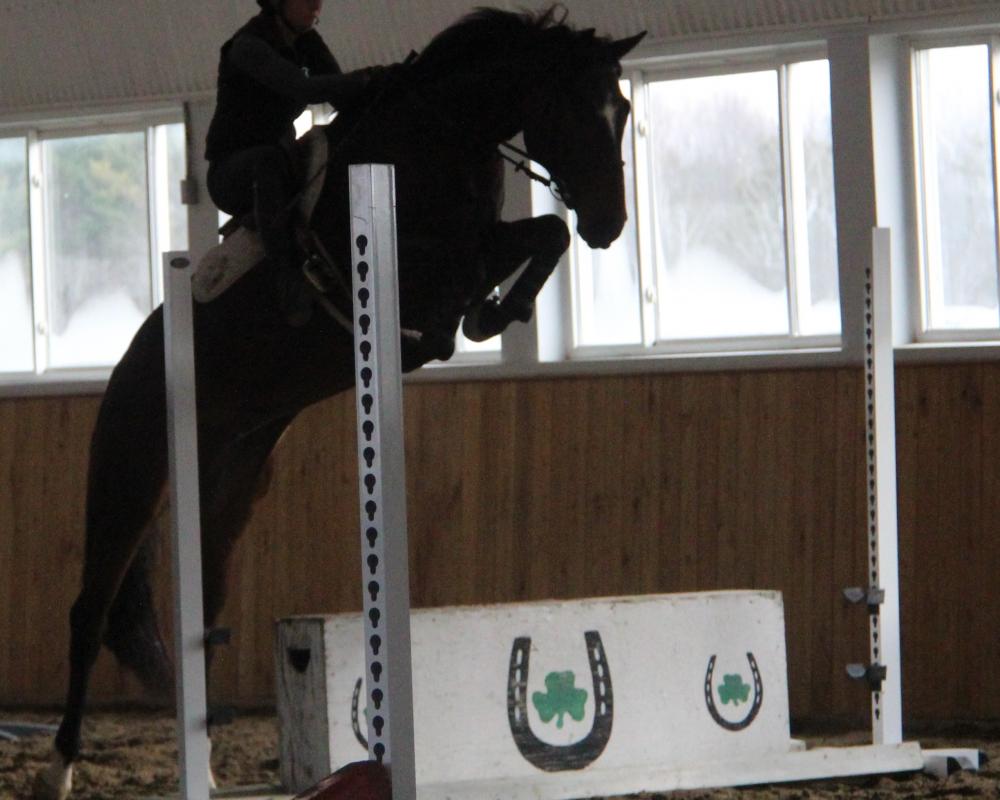 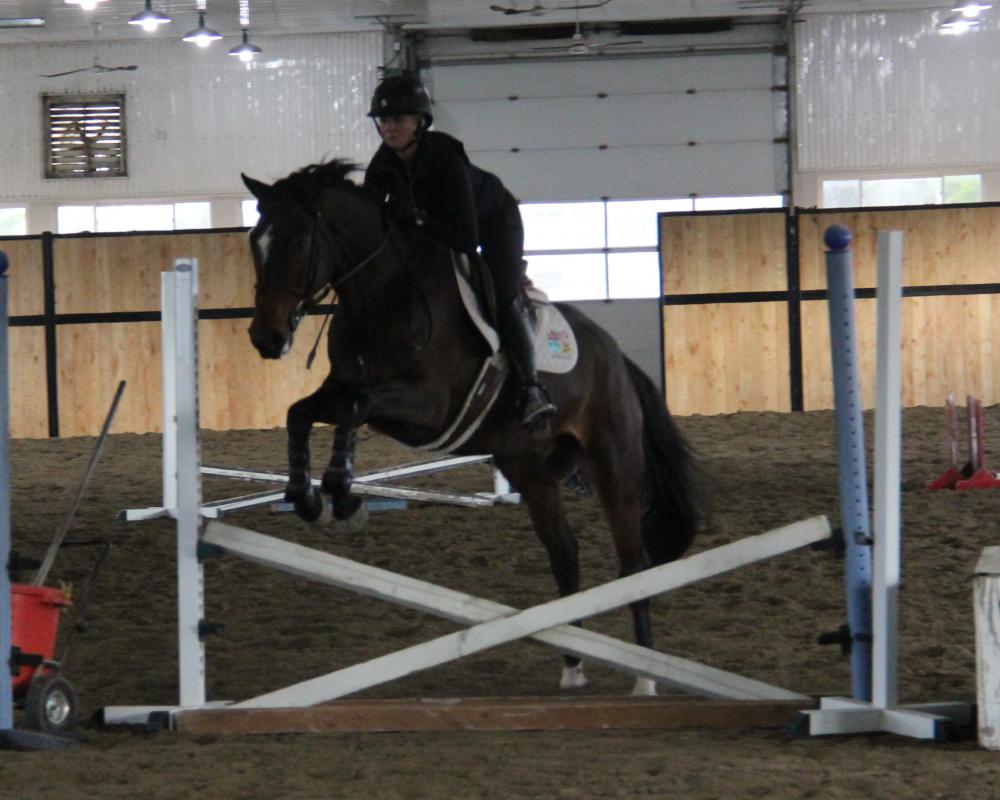 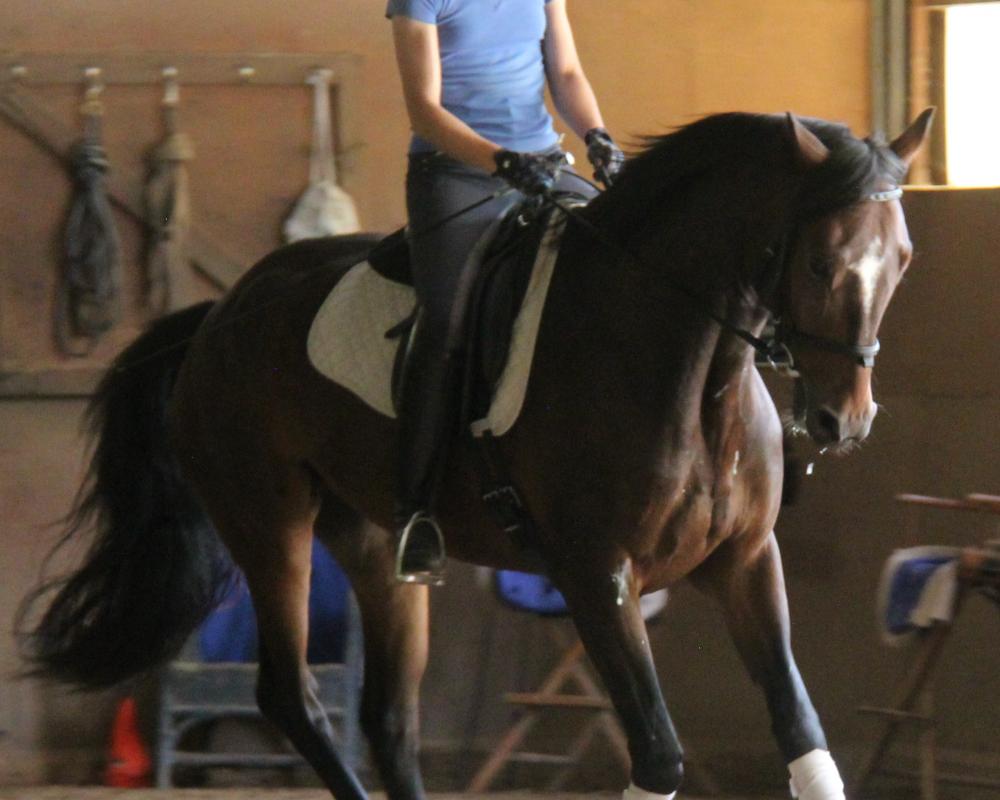 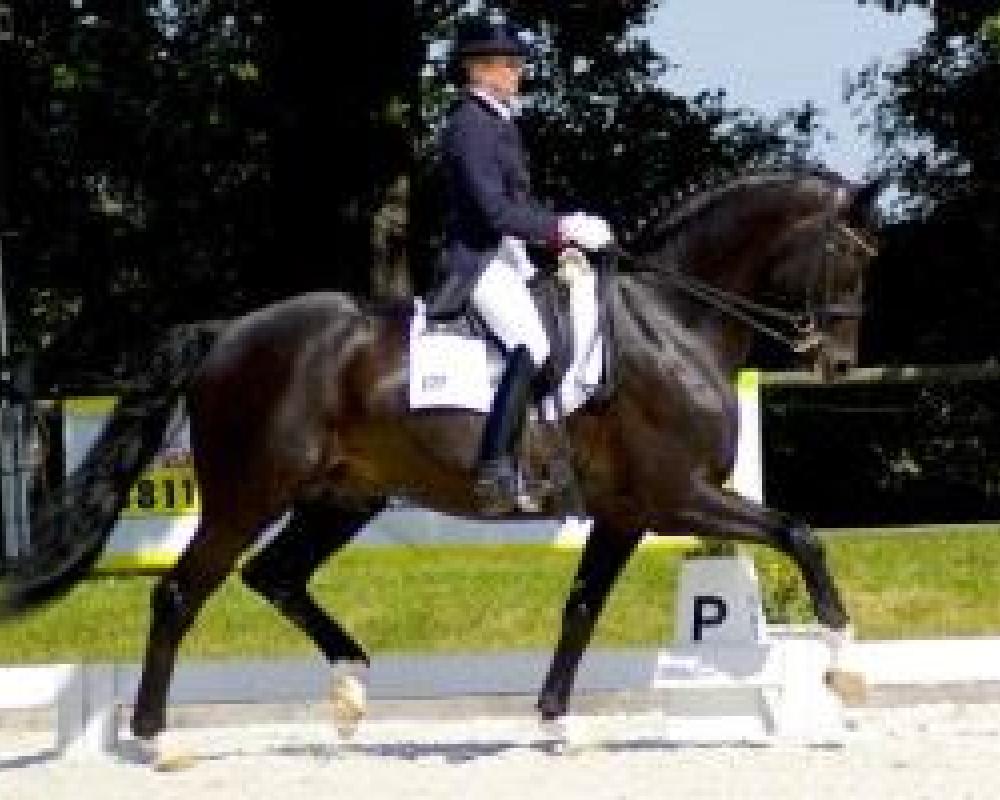 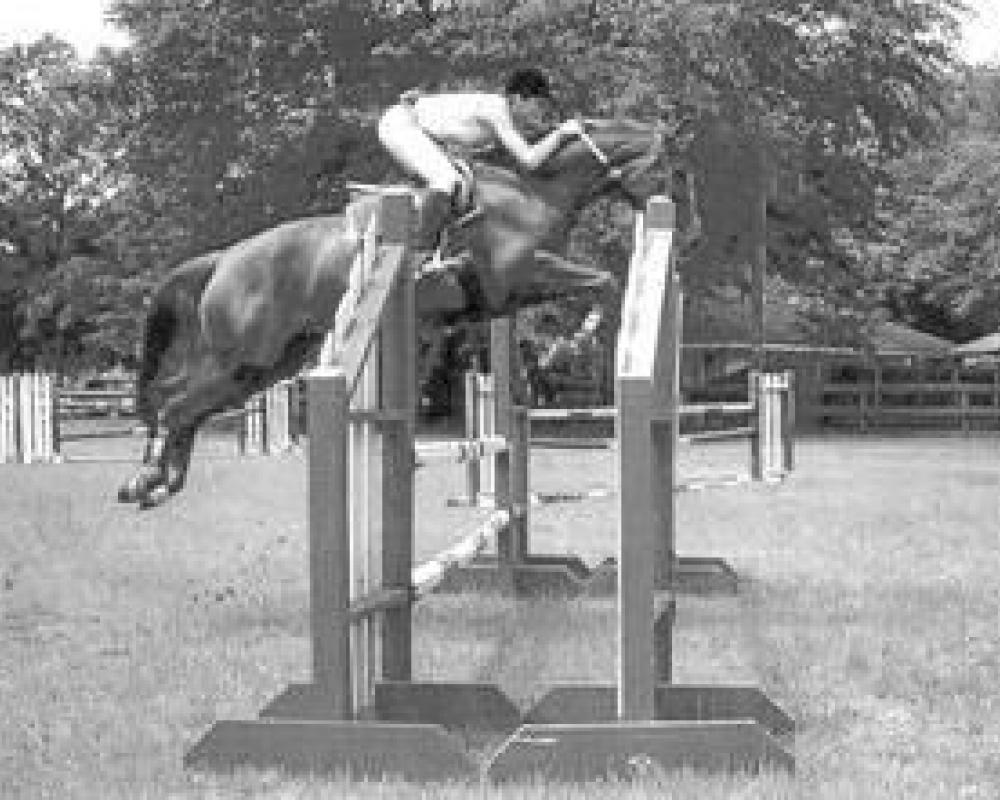 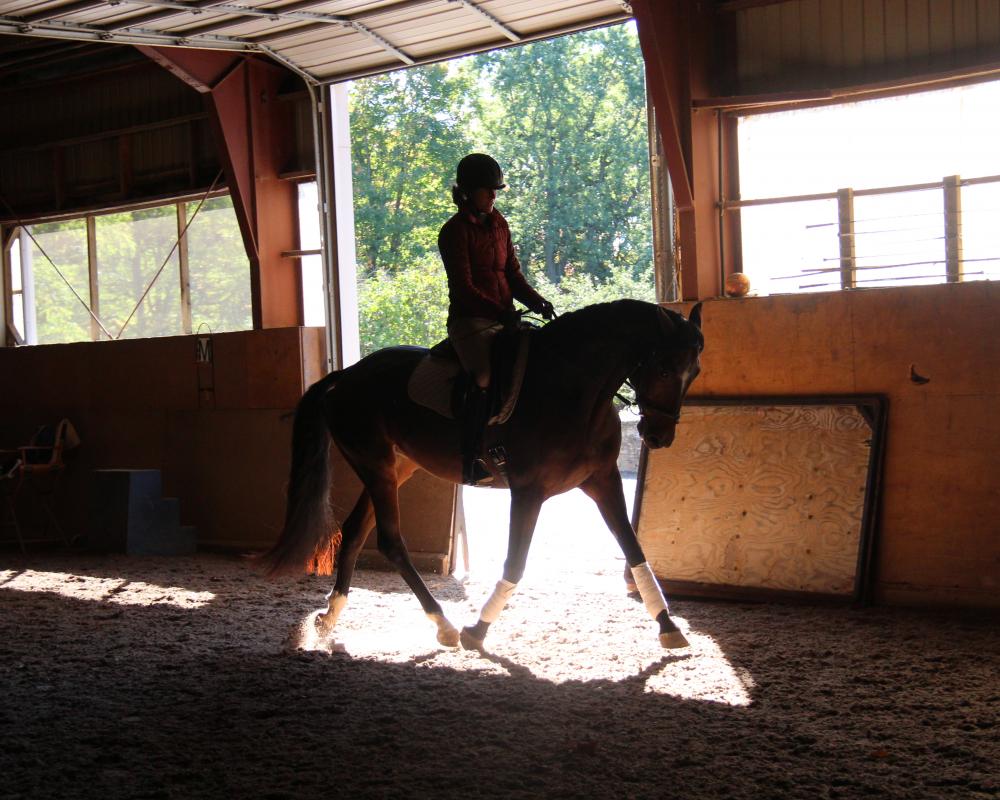 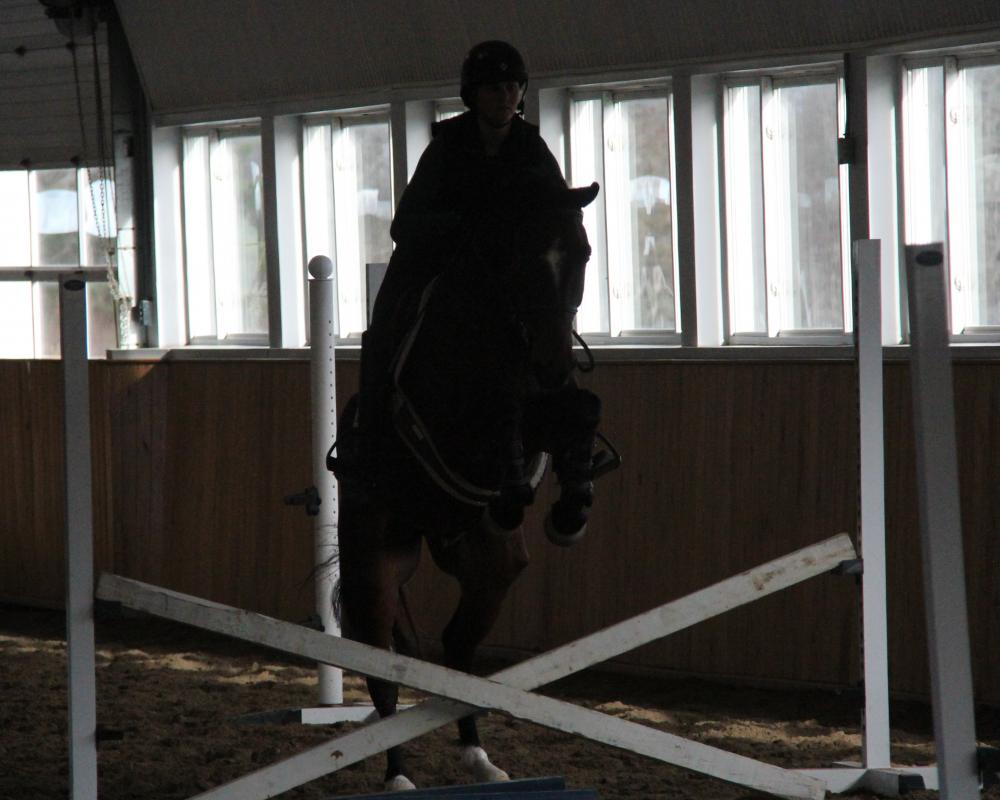 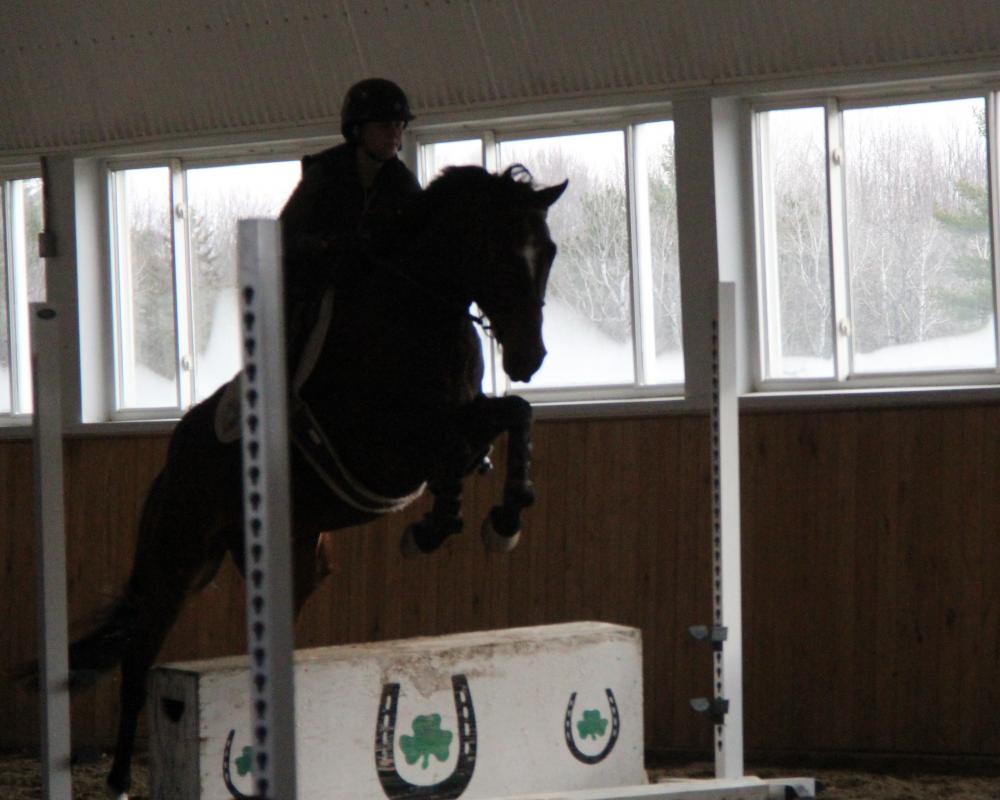 Born June 2017, Sensazione (aka Lightning), is a branded and registered bay Hanoverian gelding by the dressage stallion, Schwarzenegger, out of an Escudo I mare, Estevan. Sensazione attended Inspection on August 30, 2017 and received good comments from the judges including overall quite correct, light in movement, nice expression, refined with lovely head and big eye.

Started lightly under saddle in June 2019, Sensazione (aka Lightning) was ridden for three months and then was given the winter off to mature.

Sensazione was restarted under saddle in July 2020 and was in training until September 2020. Sensazione was once again given the winter off and resumed training in April 2021. He is trotting and cantering confidently and quietly. He has no spook and has not put a foot wrong. He has been ridden in the indoor arena and outdoor ring both alone and with other horses. Sensazione is a high calibre prospect that will excel in a dressage or hunter/jumper career.

He has lovely movement and a great temperament. Lightning loves being handled and comes when he is called. He is smart and athletic, his movement is light and expressive. Sensazione loves to be groomed and has been trailered multiple times, including many instances on his own.

Sensazione’s dam Estevan, by Escudo I X EM Louise, was shown both as a jumper and in dressage. Estevan was 3rd in Ontario in a Free Jumping competition as a 3 yr old. At her Main Stud Book Inspection she won her class & placed 3rd overall (August '04). She competed in Aiken, SC competing in Power & Speed classes at 3'6". She competed in the 5 yr old Jumper Development Series in Ontario, jumping 3'6" to 3'9". She also showed in 4' jumper classes and jumped over 5' with room to spare while in training.

Escudo I needs no introduction. He was 2009 Hanoverian stallion of the year. He has a show jumping breed value index of 151 points and 145 for riding horse points.

Schwarzenegger, Sensazione’s sire, was on the top list of jumper producers for the Hanoverian breed from 2012 to 2016 and tied for fifth for producing movement. His breeding value estimation is 122 for dressage and 114 for jumping. Schwarzenegger successfully competed at Intermediare I in Germany.

Sensazione is easy to handle, loves grooming and comes when he is called. He is also excellent for the farrier and vet. Please check out more photos of Sensazione on our Facebook page at www.facebook.com/HiddenOrchardFarm.

Sensazione shows great aptitude for jumping and his movement is light and balanced. With his bloodlines, he could go either direction, dressage or hunter/jumper. Sensazione will be a sensation in either ring and will finish at 16.1+h.

Sensazione has been in training at Franklands Farm since June 2021 and spent two months at Franklands in 2020. He was recently at Millar Brooke Farm for the weeks of November 8 and 15, 2021 where he was started over fences for the first time.

Photos are of Sensazione, his dam Estevan (black and white jumping photo) and his sire Schwarzenegger (dressage photo).

The jumping photos and videos of Sensazione are from his second, third, fourth and fifth (last) day of over fences training during the weeks of November 8 and 15, 2021. Over the 2 weeks, Sensazione jumped boxes, oxers and a small liverpool. He is brave, is careful, has demonstrated scope and has a ground covering canter. 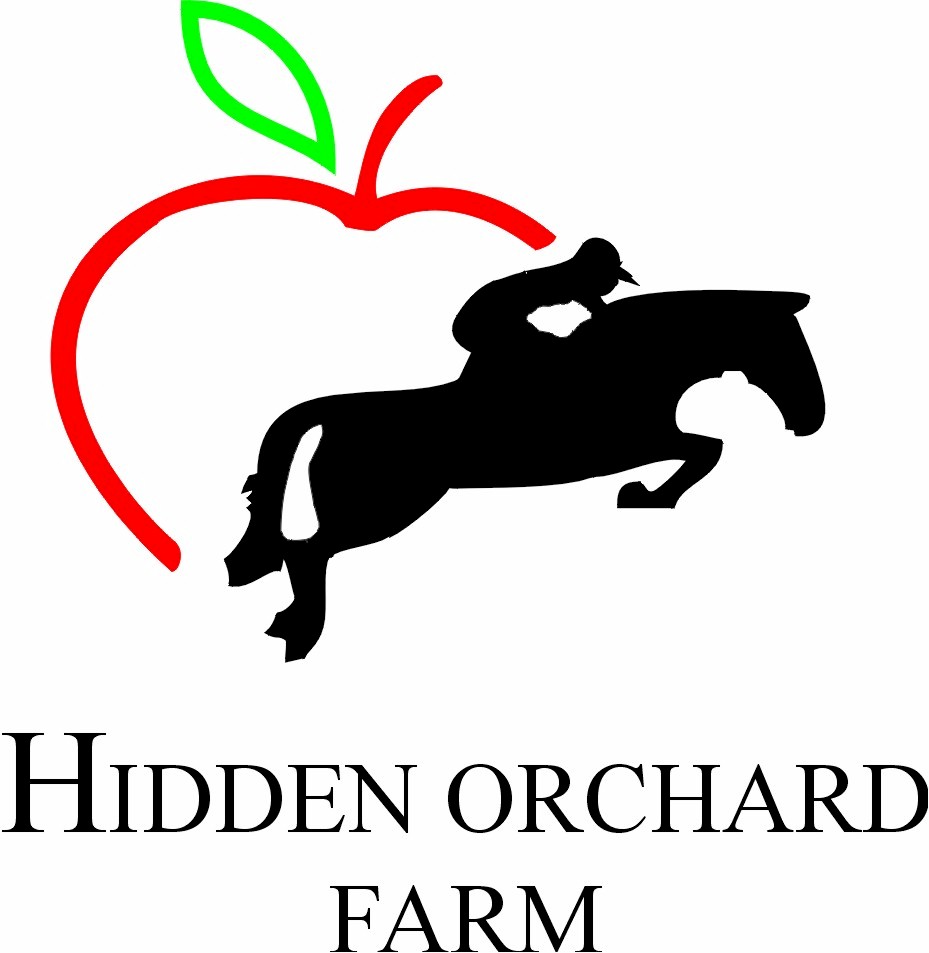