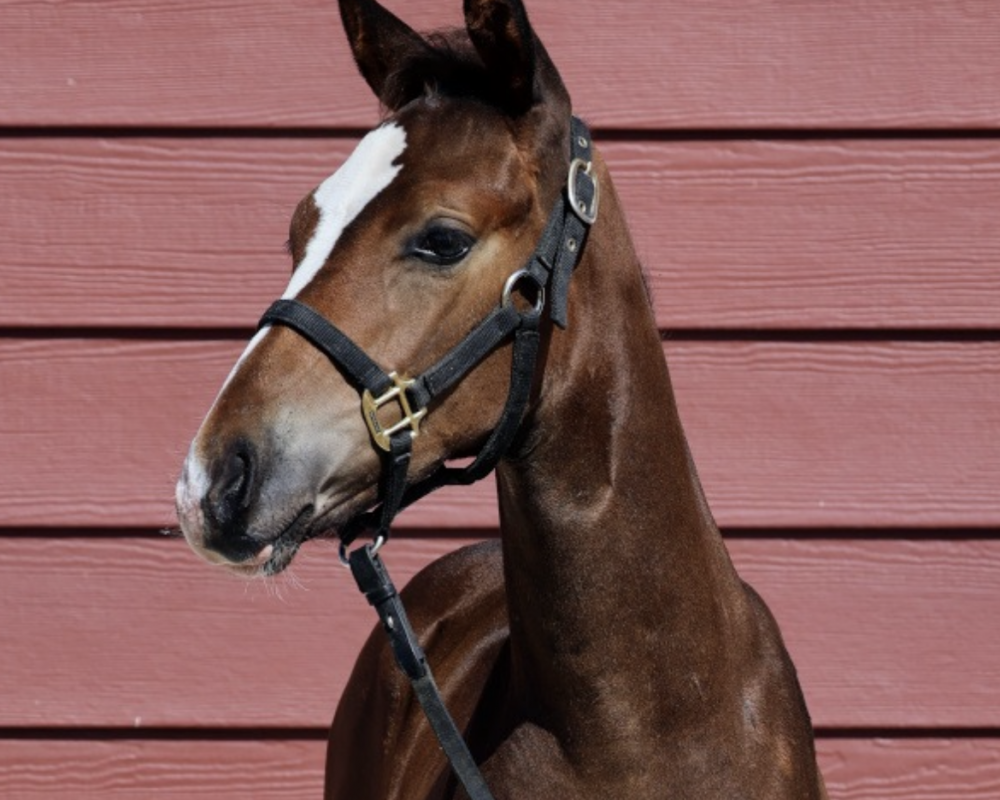 Die to a glitch on auction website people were not able to bid on Atticus. He is now offered for private sale.

Sir Atticus KCT went to the Alberta Breeders show and scored premium scores including an 8.8 for Conformation, 8.8 for trot and canter and an 8.8 for breed sex and type. One of the comments from Judge’s was that he had good balance/ proportions. Atticus was relaxed and happy at the show and easy to handle. He will make professionals and amateurs alike an exceptional Dressage or Hunter prospect. He is sure to be a barn favorite with his beautiful kind eye, exceptional conformation, and movement and a friendly personality. If you like him in video your jaw will drop in person. He is full of beauty, character, and presence. Keep this lovely colt in mind as he will not disappoint!

ATTICUS is sired by Legendary SIR DONNERHALL. ATTICUS is an amazing prospect for dressage and potentially the hunter ring. He is a lovely temperament and loves people. I find it challenging to get a photo of him as he likes to follow you around for a scratch. He has been easy to halter break and is taking every new lesson in stride. If you’re an amateur or professional take a look at this colt, as he is a special one!

Sire: SIR DONNERHALL is rated as the top 4th dressage sire worldwide for 2021 on WBFSH, and his sire SANDRO HIT takes the number one spot! Here is some of what his owner Paul Schockemöhle has to say about him. Again and again SIR DONNERHALL I set unique records with his heredity. In addition to SPECIAL DIVAOLD (2014) and SMIRNOFF (2016), their full siblings CINDYOLD (2013), SIR HEINRICH (2014), CANDYOLD (2017), CATYOLD (2018) and CASEYOLD (2020) won gold medals at the German Championships. CANDY and CASEY were also Oldenburg Champion Mares and thus lead the crowd of over 380 award-winning daughters of SIR DONNERHALL I. CANDY also won the bronze medal at the World Championships for young dressage horses (5 y.o.). SA COEUR became double World Champion and price highlight of the P.S.I Auction, with a knockdown price of 2.31 million Euros and has been placed in international Grand Prix competitions. He is just one of numerous auction top prices. SIR DONNERHALL was second Reserve Champion at the Oldenburg licensing in 2003, winner of his stallion performance test and awarded the Ia main premium in 2005, and German Champion and Vice World Champion (5y.o.) in 2006. He is now trained to advanced level. Due to the high breeding demands, he is no longer competed. His (SIR DONNERHALL) sire SANDRO HIT, is a World Champion and German Champion, very quickly made a name for himself as a foundation stallion in dressage horse breeding.
Dam: DEZIGNO is a lovely multi-talented mare that has proven herself as a great broodmare. She tends to throw more towards the sire she is bred too. Her 2 year old daughter resembles her sire Secret’s conformation and her first foal by ZAPATERO was clearly stamped by him. DEZI has a large jump on her, when free-jumped she easily cleared a 1.50 meter oxer with her hind legs coming well over the standards. The trainers I have worked with have sang her praises for her dressage potential. After her first foal by Zapatero I had a few people request I breed her to a dressage stallion and enter the foal in another auction so here we are!

Atticus is a joy to work with, he has been body clipped, had his feet trimmed, loads easily, has good halter skills, ties, and is a pleasure to be around. He has a large kind eye and his movement continues to get improve as he has gotten older. This is going to be one very impressive horse when he grows up. Will be one to watch.