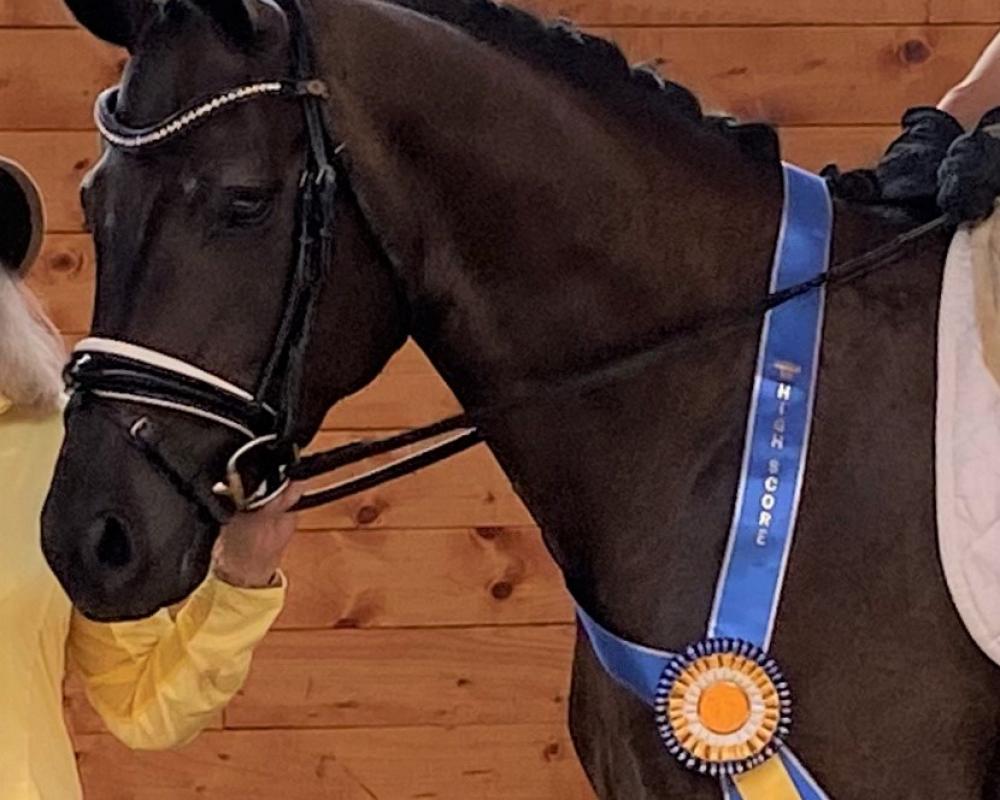 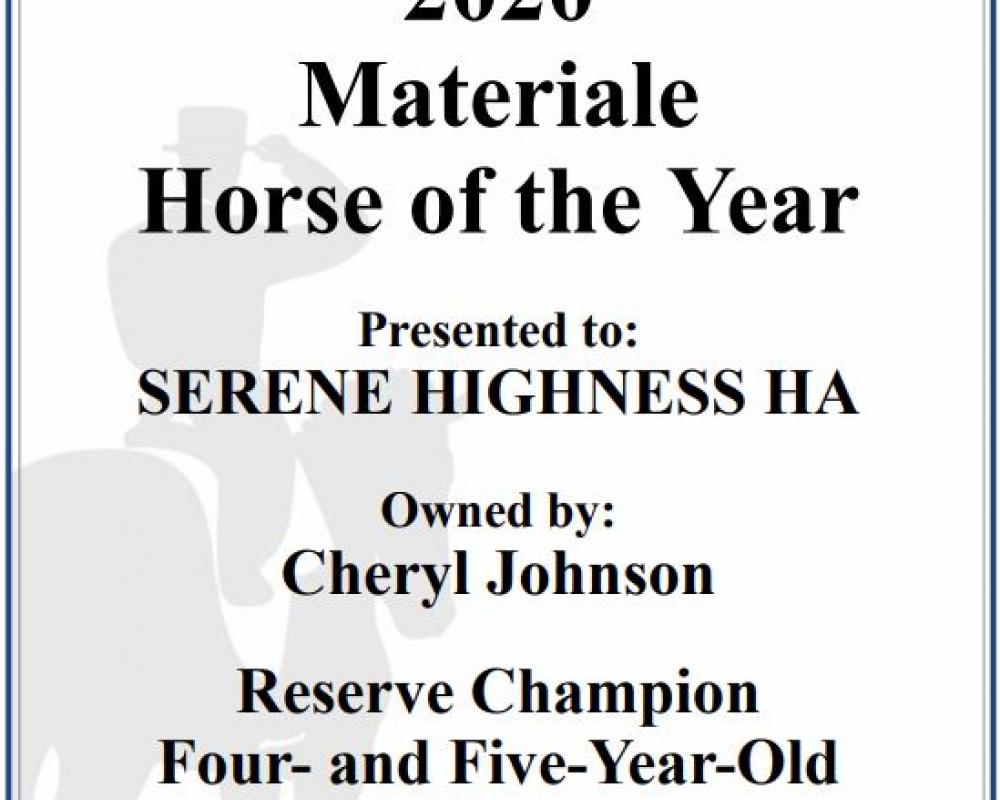 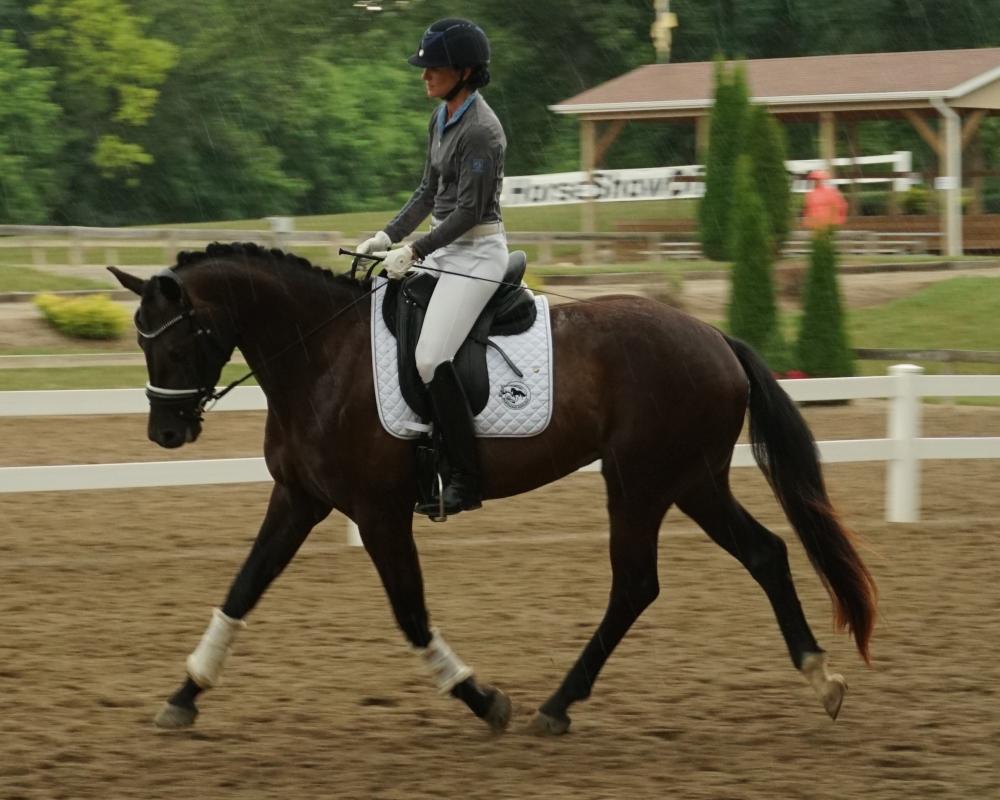 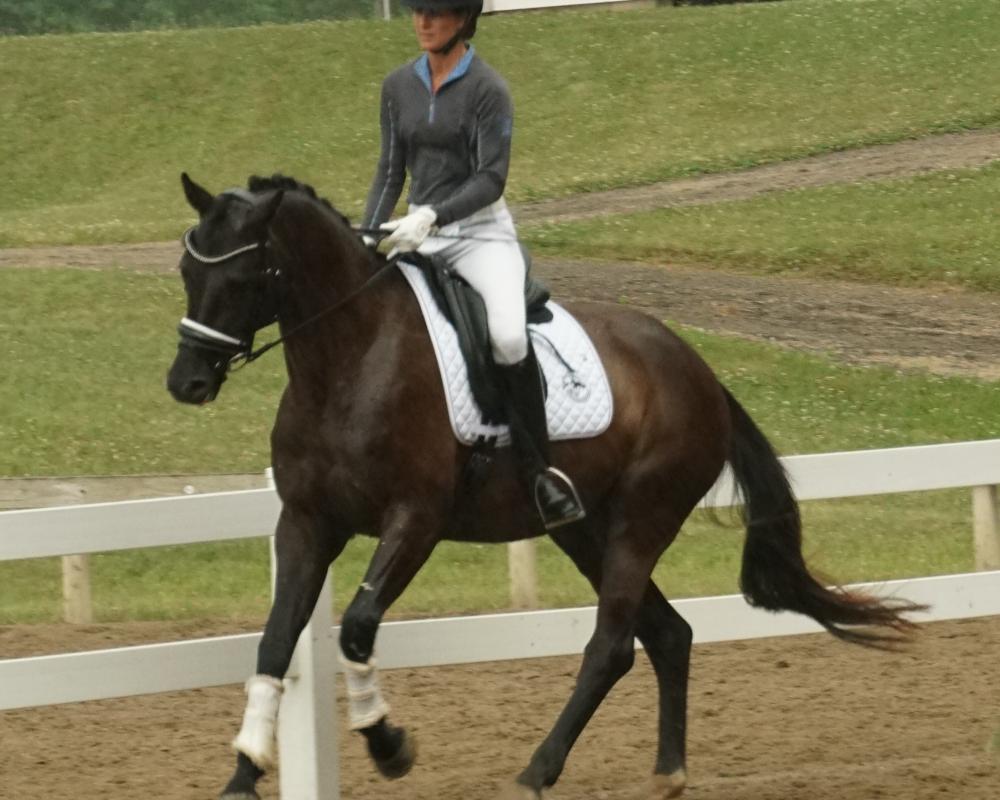 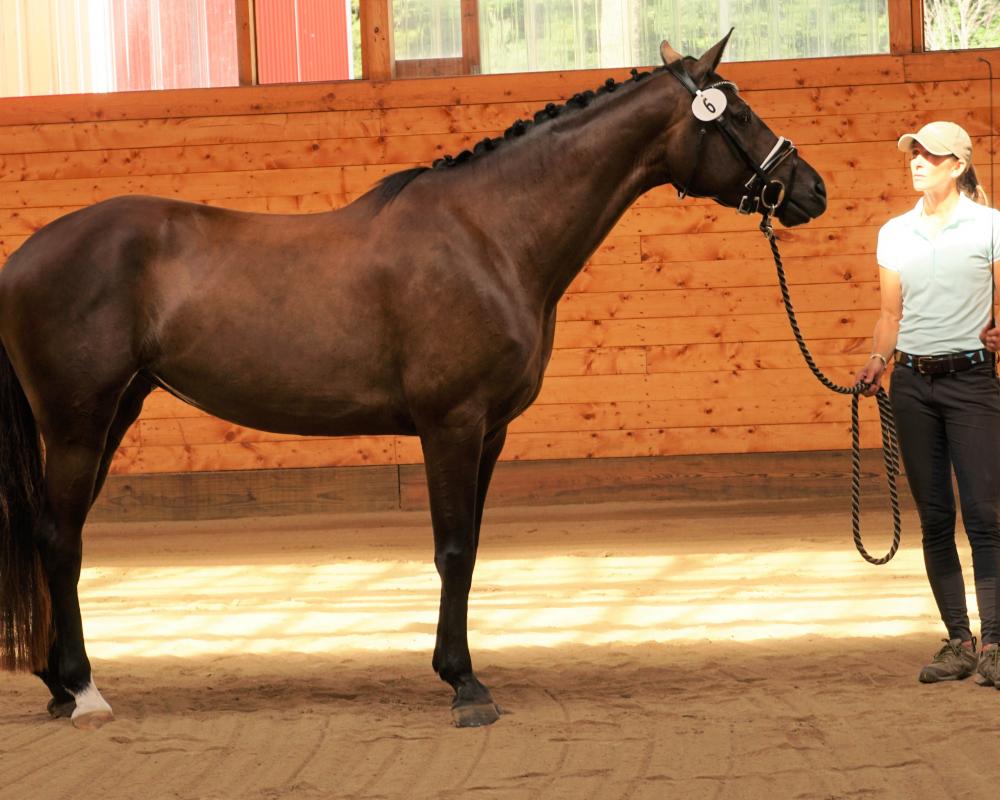 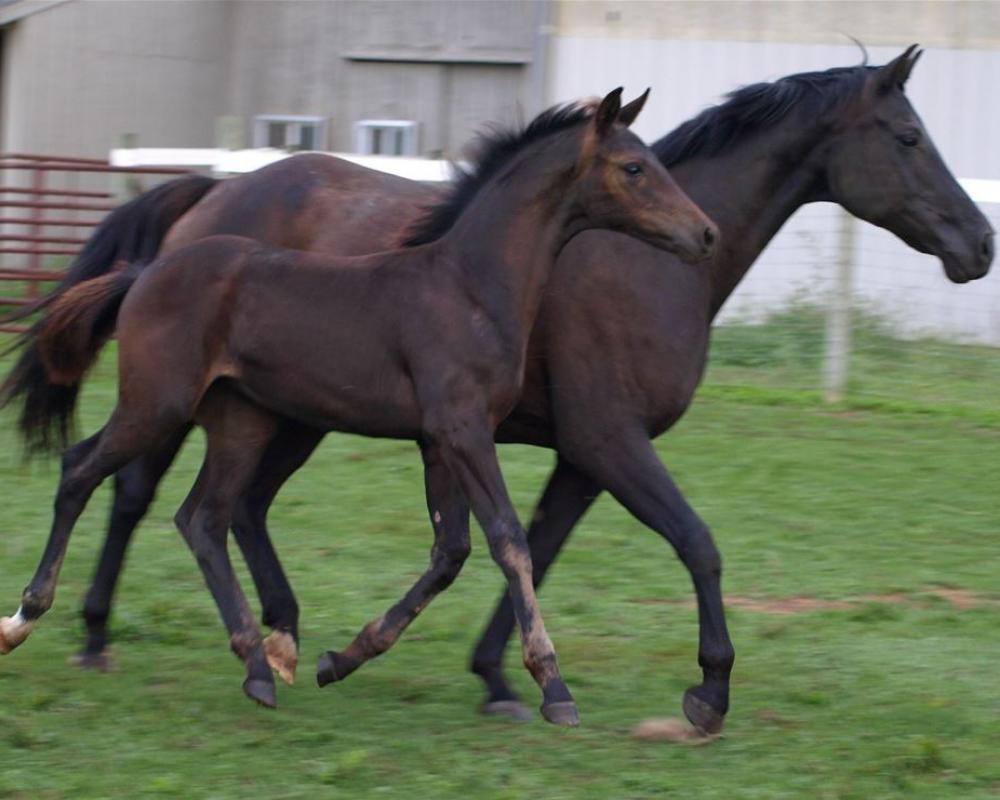 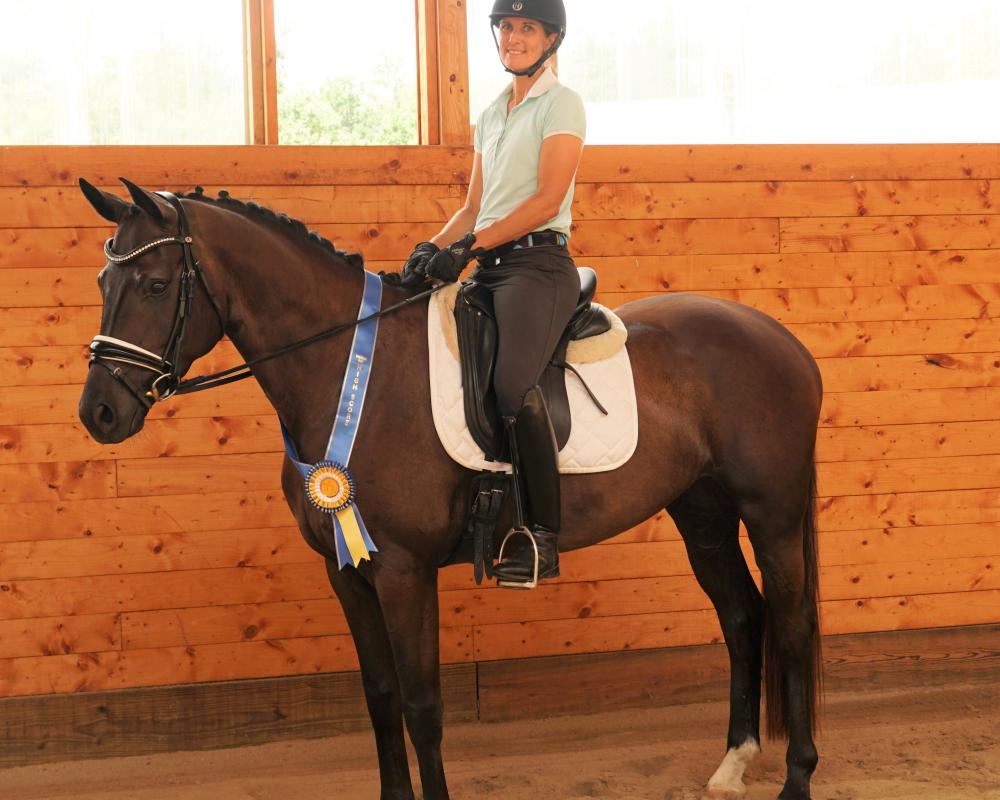 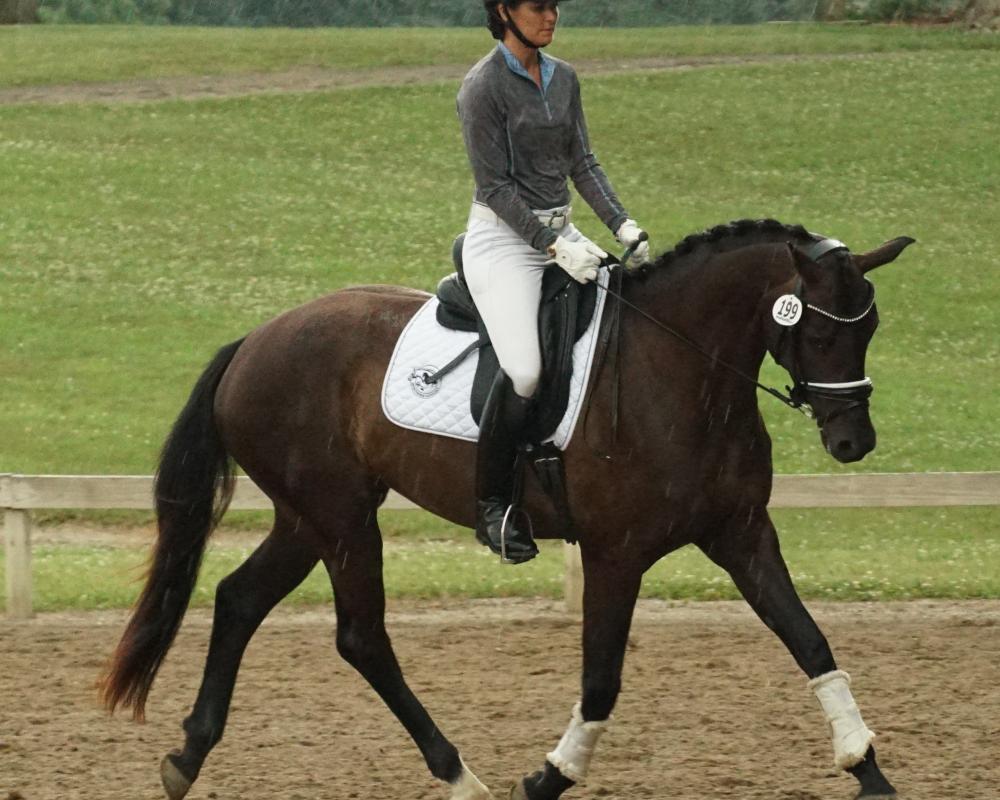 Serene competed under rider Carrie Wilson in 2020 in Material and some training level classes. She was awarded recently the 2020 USDF Material Horse of the Year Reserve Champion for her median score of 82.8. Serene remains in training. Recent words from Trainer/Rider Carrie Wilson: "This one is a super level headed extremely ride able young mare ready for her new partner".

Serene’s sire is Sir Donnerhall I who still holds the record of the highest score at his stallion testing where he won in all three gaits with all scores between 9 and 10. He was awarded a dressage index of 163 points with jumping index of 151.

We seek the best opportunity for HPMC Serene Highness HA in a loving forever home to bring her to her fullest potential. Serene remains with Carrie Wilson in training/schooling/competing (currently first level) until she is sold. Price is subject to change.

NOTE: Serene would be considered a BLACK BAY. She is black except for her slighly tan muzzle but fades to bay in summer sun. Serene's height is estimated. She is currently about 16h. She has two FULL siblings who reached 16.1 - 16.2.