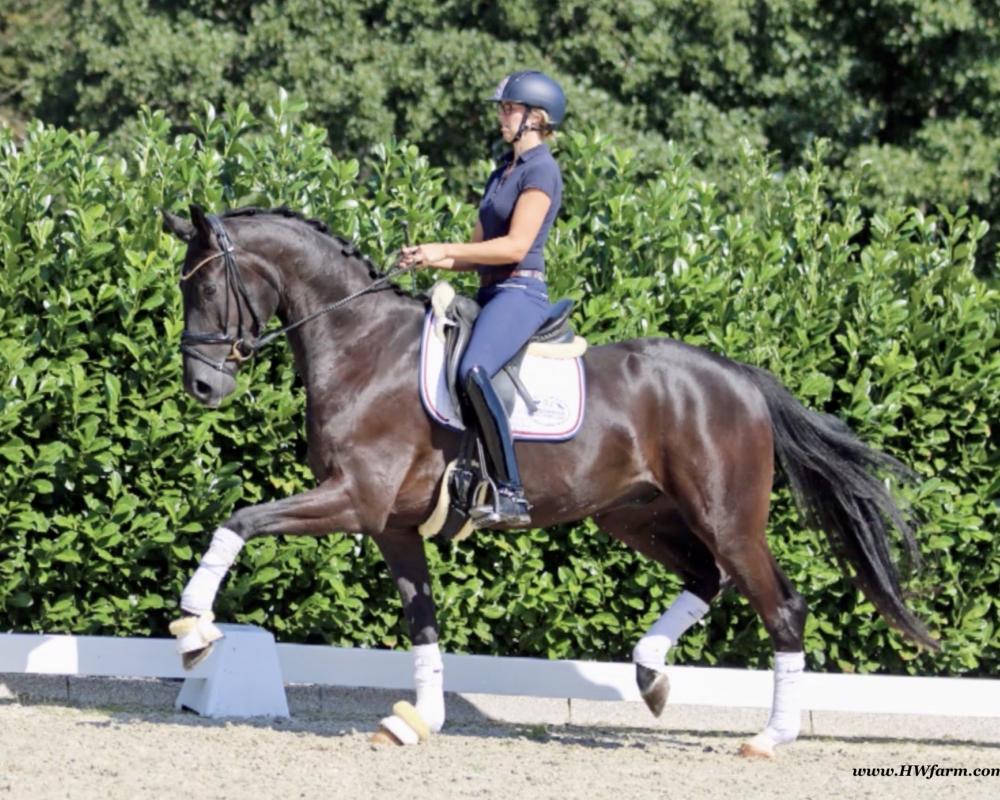 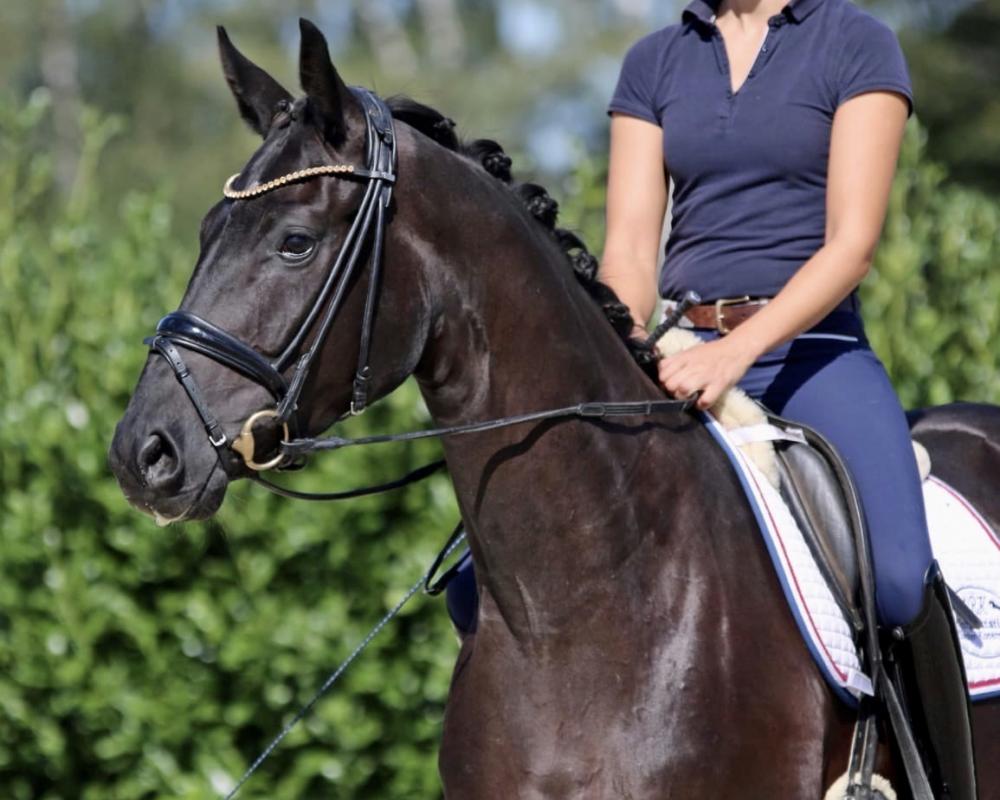 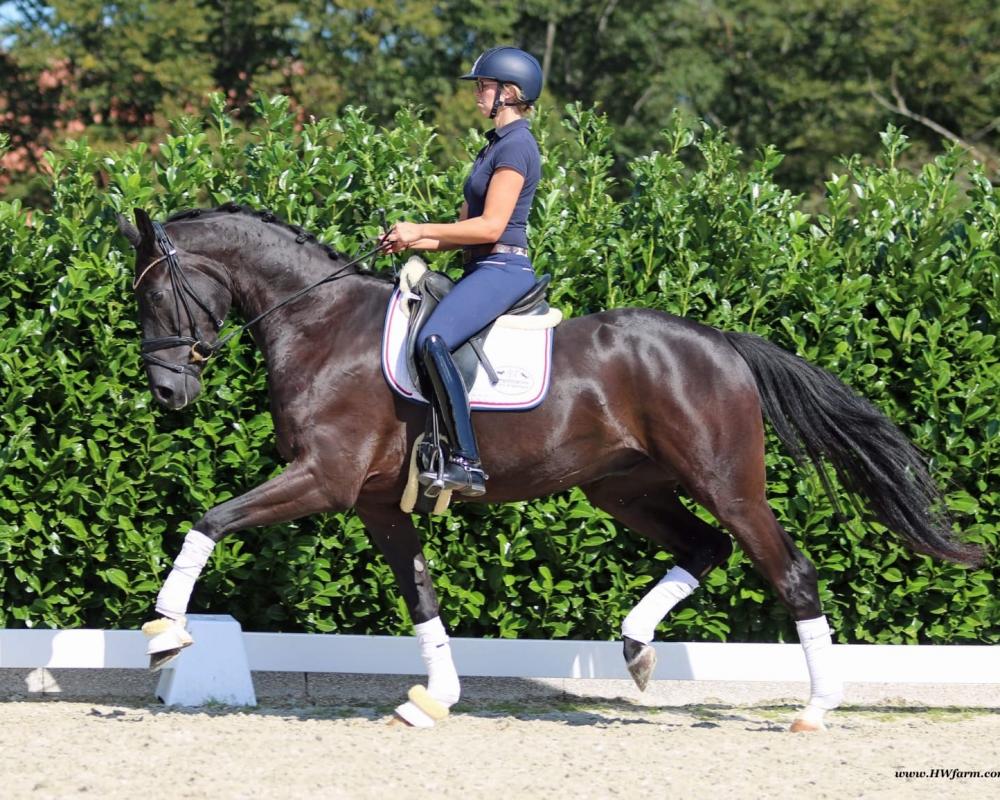 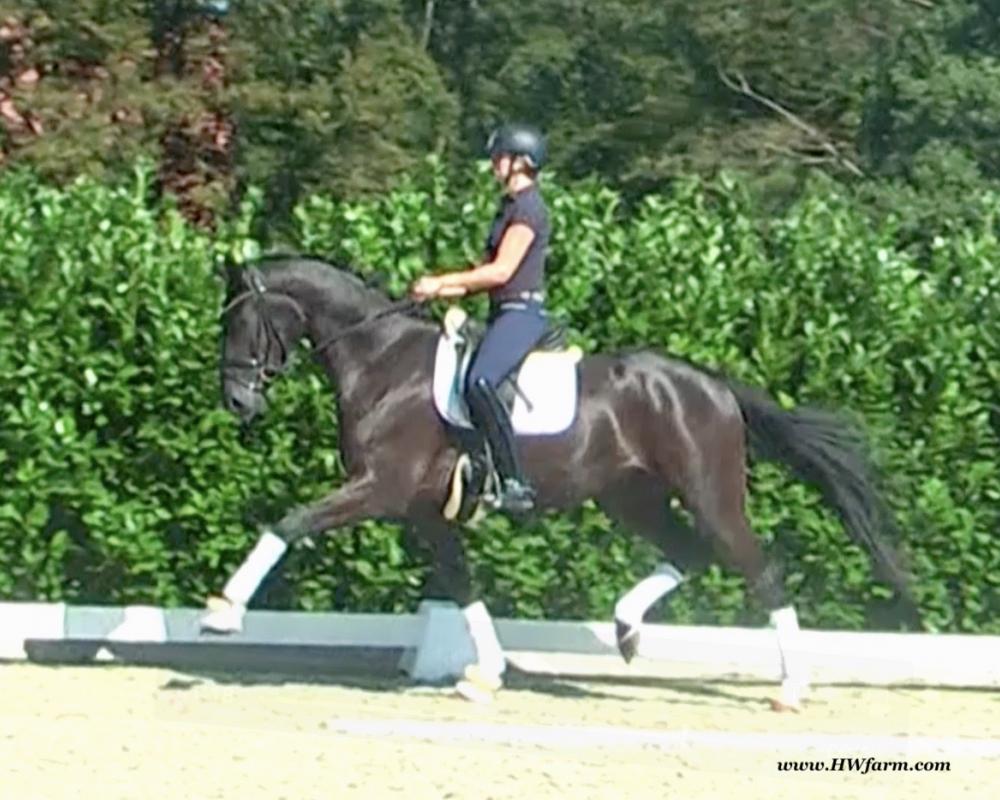 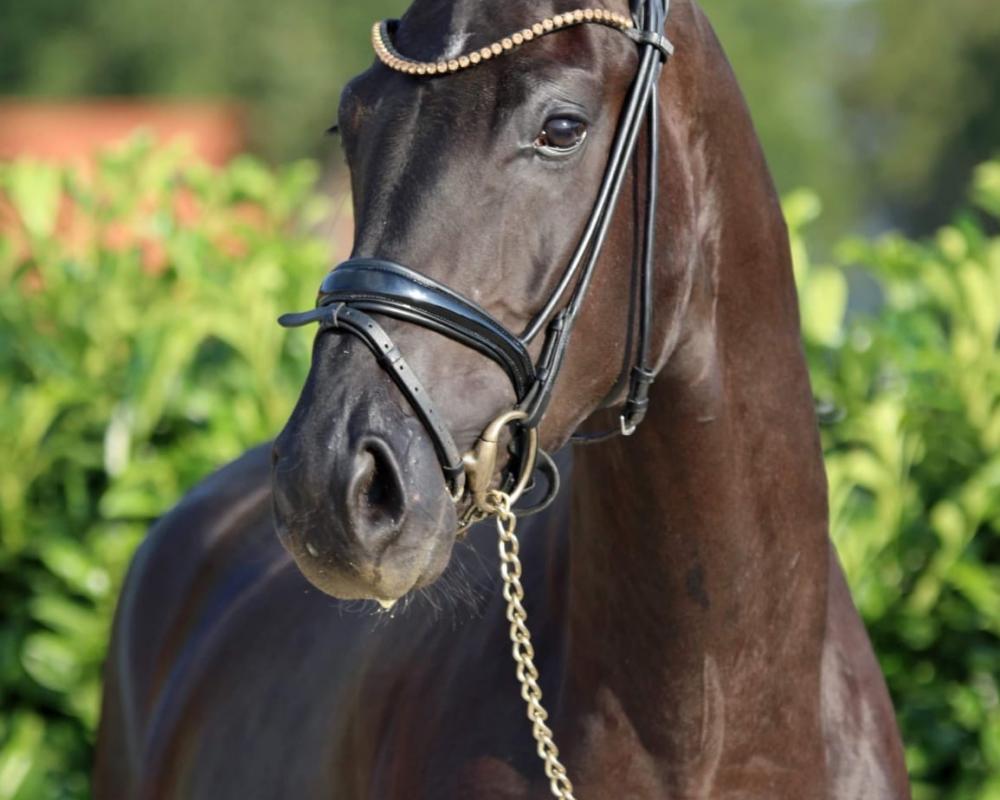 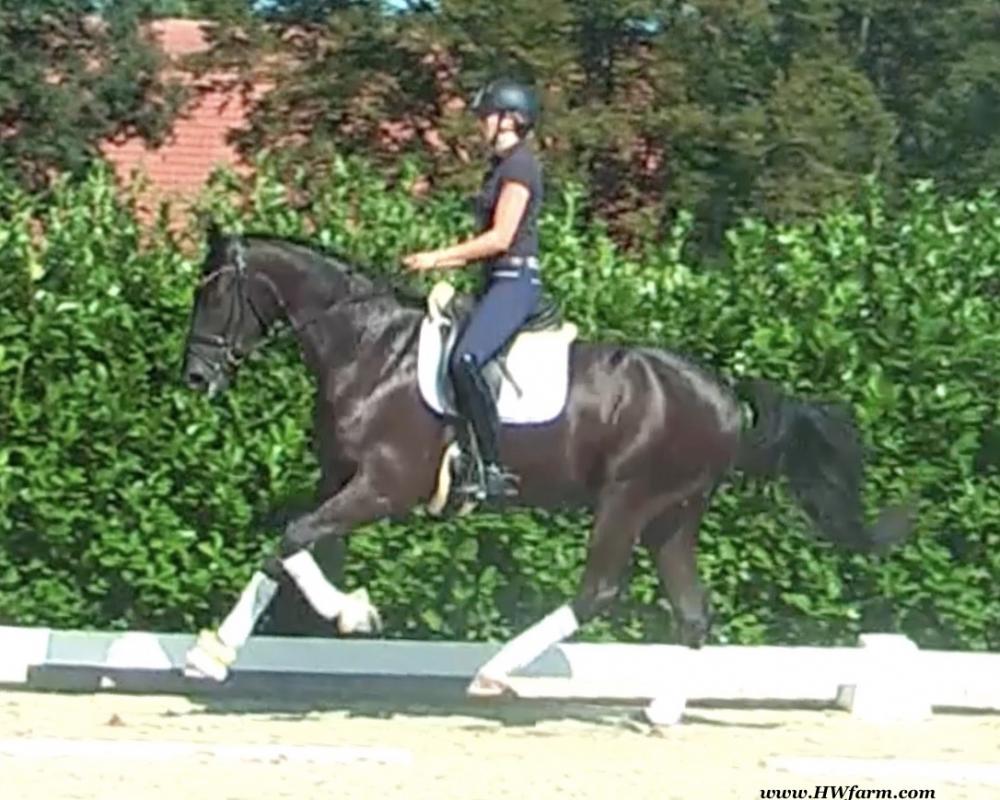 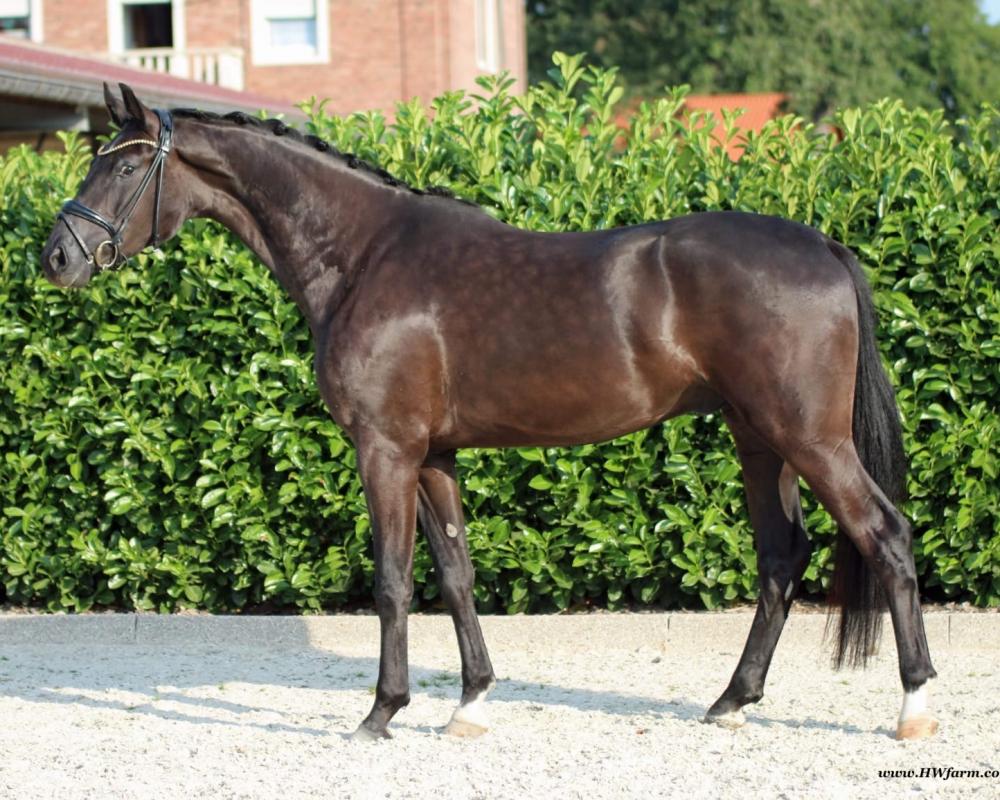 In 2013, Sir Donnerhall dominated the Bundeschampionships as no sire has before: His daughter Cindy OLD won the class for four year old mares and gelding and the licensed sons, Sir Henry and Sean Connery became Vice Champions of the five- and six-year old dressage horses respectively. Sir Diamond won the bronze medal in the class for five-year-olds and with Secret Love and Simply Red, two more of his descendants, reached the final. The son Sa Coeur was the 2012 and 2013 World Champion for five- and six- year old dressage horses and then the top price at the PSI-Auction in Ankum. Sir Donnerhall I has been popular as a sire of auction horses for years and he regularly delivers top horses selling for six-figure prices. For years the FN's breeding value estimation declares Sir Donnerhall I, who is trained up to Grand Prix, as one of the best dressage horse sires. He himself was second Reserve Champion at his licensing, in 2005 I-a main premium stallion, in 2006 Bundeschampion as well as Vice World Champion for five-year old dressage horses and has turned out to be a trademark stallion: He has already produced 85 licensed sons, including the NRW Champion Stallion and Vice Bundeschampion, Silbermond, the Southern German Champion Stallions Sir Nymphenburg I and Sir Schiwago as well as numerous premium stallions at all the German licensing sites. More than 60 daughters have been awarded the state premium. His daughter Assandra was nominated as Austria's best three-year old mare.

Sir Donnerhall: One of the most reliable German dressage horse makers.

Sir Donnermark HW’s dam sire is the famous foundation stallion and Bundeschampion Fidermark. Right from the start, the Florestan son, Fidermark was a star. He was the reserve champion of the 1994 Westfalen Stallion licensing, and then the following year, was the winner of the Performance Test with 141.74 points at Warendorf, and the year after that he won the four-year-old stallion class at the Bundeschampionate. He achieved all this with the Westphalian state stud rider, Michael Farwick.

When some of the Westphalian stallions went to train with German dressage trainer, Johan Hinnemann, the ride on Fidermark was given to the 23-year-old Dutch rider, Marlies Van Baalen, daughter of Coby van Baalen, a long time rider with Hinnemann. It was about this time that the joke went round, what do the letters, NRW (the correct abbreviation for the breeding area North Rhine-Westphalia) stand for?
Netherlands Riding Westphalian, came the answer…
Fidermark’s dam, Watonga is by the Hanoverian ‘trot maker’ Werther. Mated with Power she produced Palegro, a licensed stallion who represented Westphalia at the German Showjumping championships.
With Marlies van Baalen in the saddle, Fidermark qualified for the 2000 Nürnberger Burgpokal Finals, and went on to compete at Grand Prix level. Fidermark died in August 2003 but in his way-too-short period of time at stud, produced an astonishing number of excellent progeny – stamping himself as the best son of Florestan. Fidermark produced 39 licensed sons, including: Fürst Piccolo, the Westfalen licensing winner in 1999, and performance test winner the following year; Feinsinn, who topped the performance test in 1999 (and with Carolin van der Linde, was a member of the German Gold medal winning team at the 2006 European Young Riders Championship); the Hanoverian branded Falsterbo has started competing in Grand Prix dressage after successful appearances on the small tour. Despite attracting a relatively small number of mares, Falsterbo entered the Hanoverian dressage stallion top rankings in 2008, with a dressage index of 120. Falsterbo was sold to the United States where he died in 2012 ; Fiano won the 2002 performance test with one of the highest indices ever – and then there are the four Farewell brothers. Farewell I was licensed in 2000 and since then has produced four licensed sons; Farewell II, was the Premium stallion in 2001; Farewell III won the 2007 Six Year old dressage championship at the Bundeschampionate, after being 2nd in the 3 year old stallion class, 4th in the Four year olds, and a finalist in the 5 Year Old Dressage class. Farewell IV was licensed in 2003; Fidertanz won the 2004 Westphalian stallion licensing, and then the performance test, and was reserve champion at the Bundeschampionate.
Fidermark’s gelding son Fürst Fabio won the 3-year old championship at the Bundeschampionate before moving to the United States with his owner, Cesar Parra… but not before Hubertus Schmidt, who trained the horse, said he was the best he had ridden.
Farewell III – by Fidermark out of a Rosenkavalier mare, wins the 6 Year Old Dressage Title at the 2006 Bundeschampionate with Sandra Kötter.

Sir Donnermark HW himself, is a stunning horse with all the personality a
person could ever hope for. A horse of definite Champion quality,
with world-famous dressage genes and absolutely phenomenal gaits.

He always impresses with 100% rideability and lots of character.
His stallion type (he is a gelding!!) will mesmerize everybody alike.
Dressed in a beautiful black coat, everyone will remember him.

Sir Donnermark HW has a super fancy, elastic, swinging movement and knows to impress due to his type, rhythm and work ethic and always gives his best.
Super pretty head, perfect set on neck and superb conformation.
His athleticism and gentleman like attitude, is nearly indescribable.

This boy is fun to ride, with a soft mouth, lots of impulsion, his work under saddle is always eager and he is happy to please. With his quick, far reaching hind leg, passage and piaffe will come naturally to him. He was ridden inside and outside.
Sir Donnermark HW is incredible supple and has a ton of air time.
He just floats above the ground. With his free shoulder and huge grundschwung, he swings nicely through his back and is easy to sit.
This extremely talented gentleman has definite international potential.

Truly a perfect ride for a lady, an amateur, YR or professional alike,
all will enjoy him just the same.

Super personality, gaits, looks and temperament.
This young stunner will go far in the dressage ring, he is your ticket to the top!

He was raised, handled and trained correctly at our German barn.
With this horse, you will be the star in FEI classes and at clinics.

Sir Donnermark HW, a horse that has it all and loves to give it all, used to go in the hot walker, appreciates his shower and solarium time. Stands for the farrier, loads and enjoys his personal grooming time.

Buy him now and show him yourself in the Young Horse Championships or take him to the BundesChampionships.

Price includes import and quarantine to NY, check out his video clip!!!