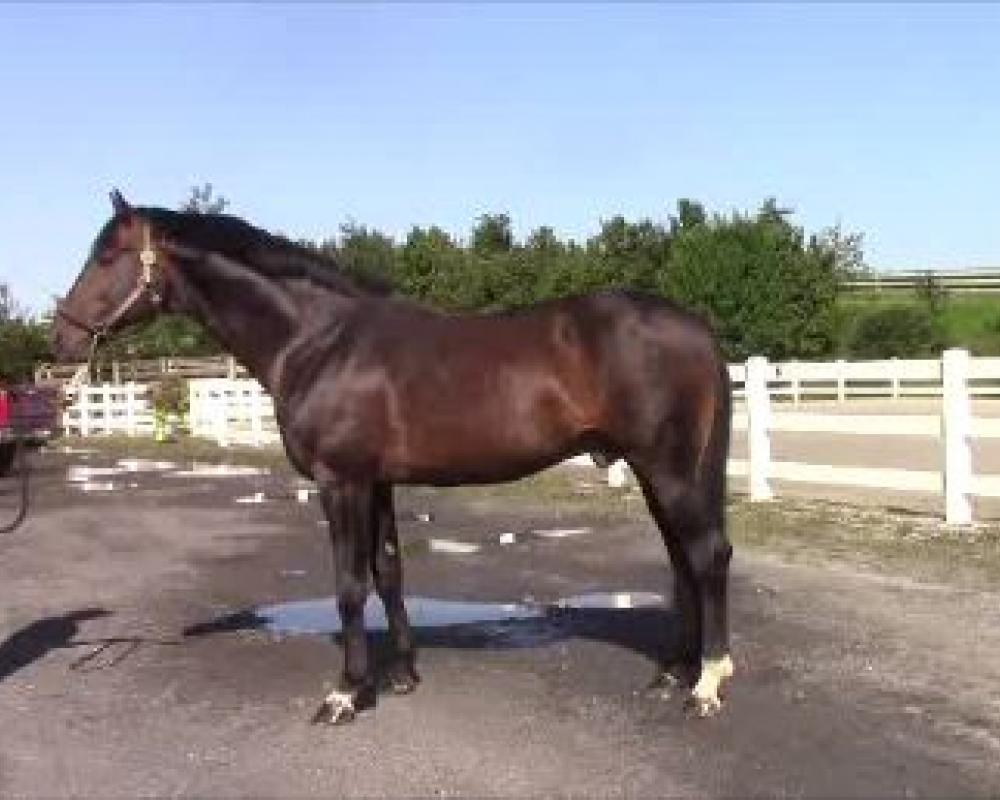 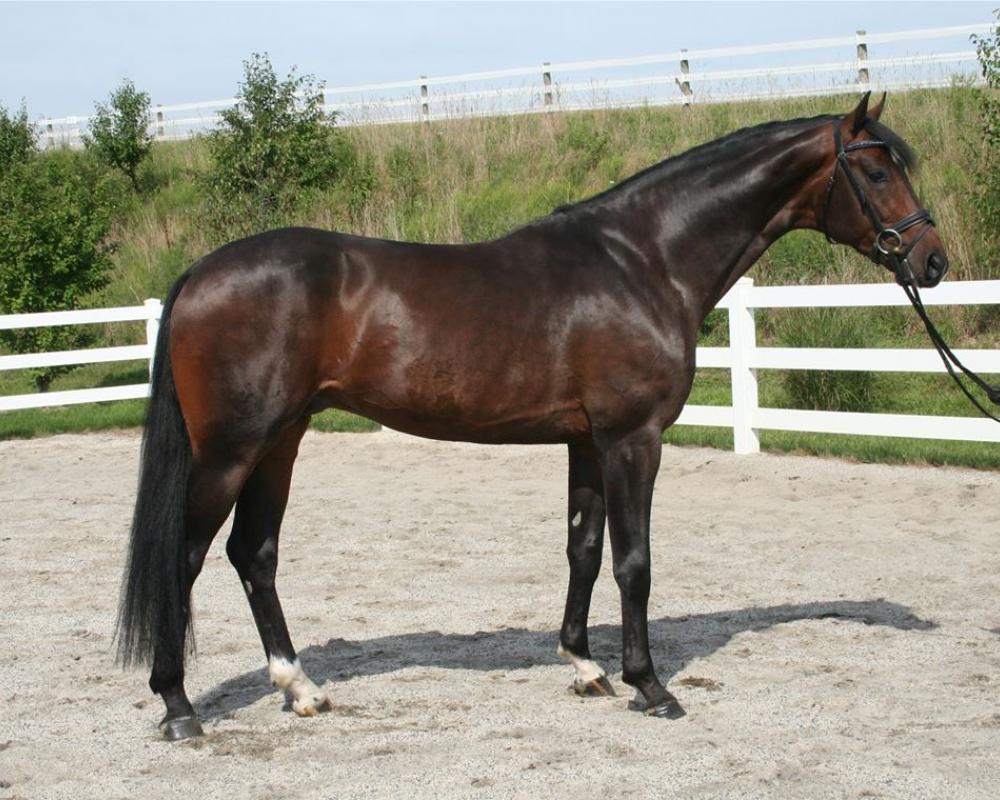 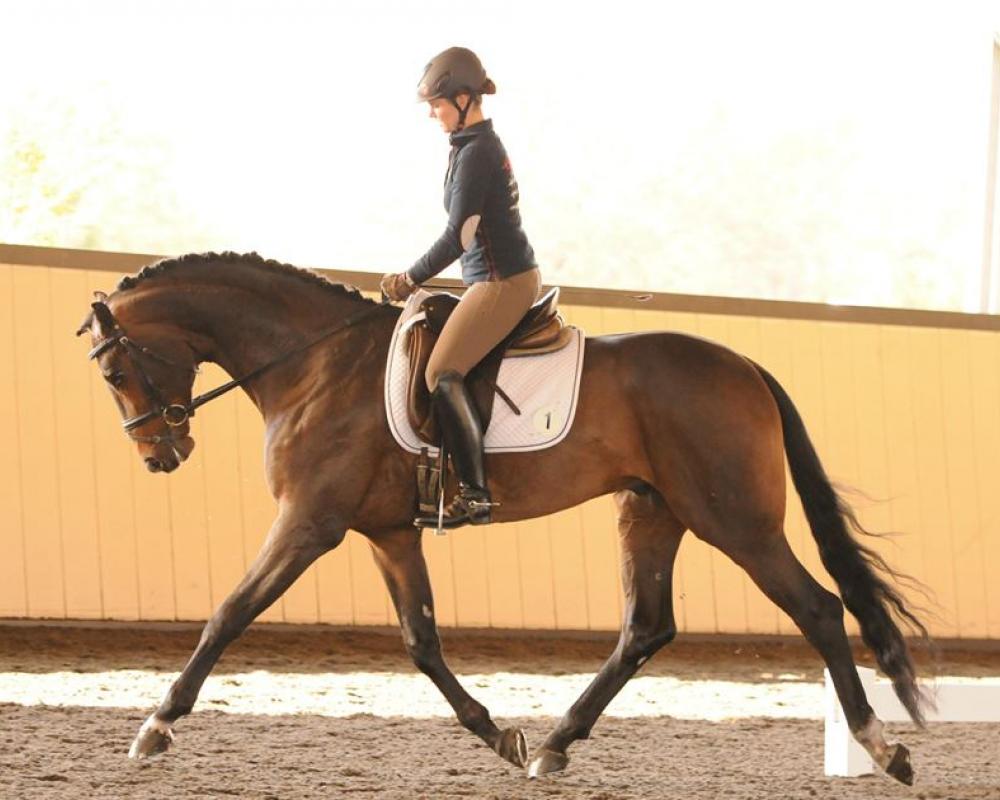 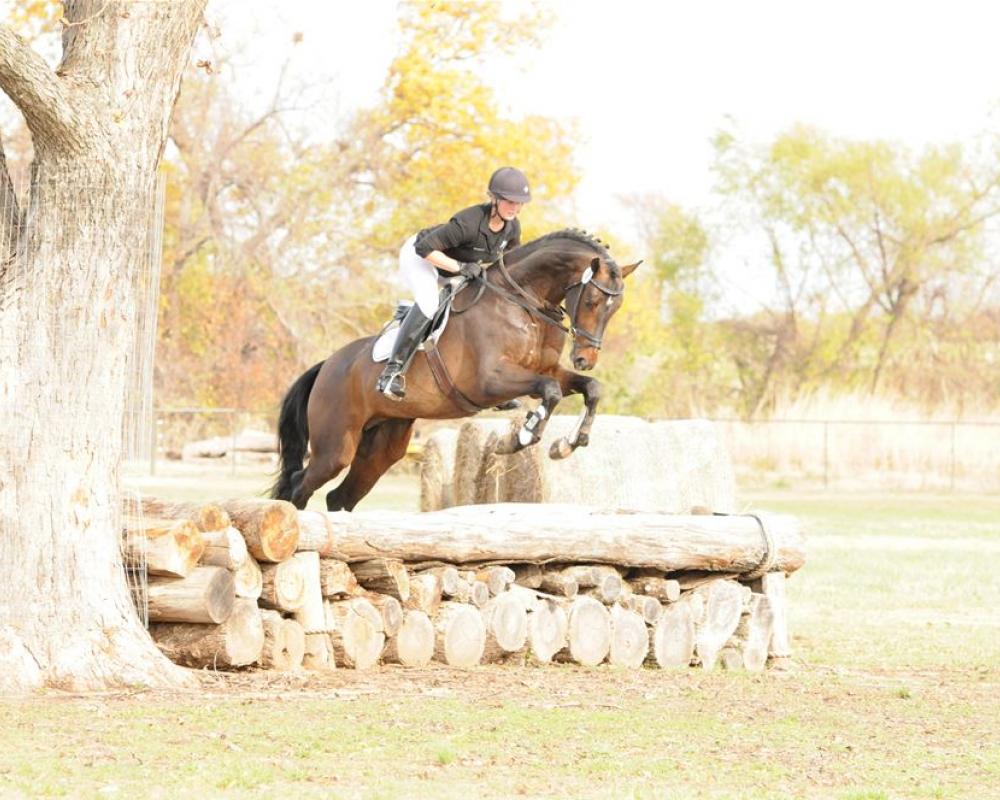 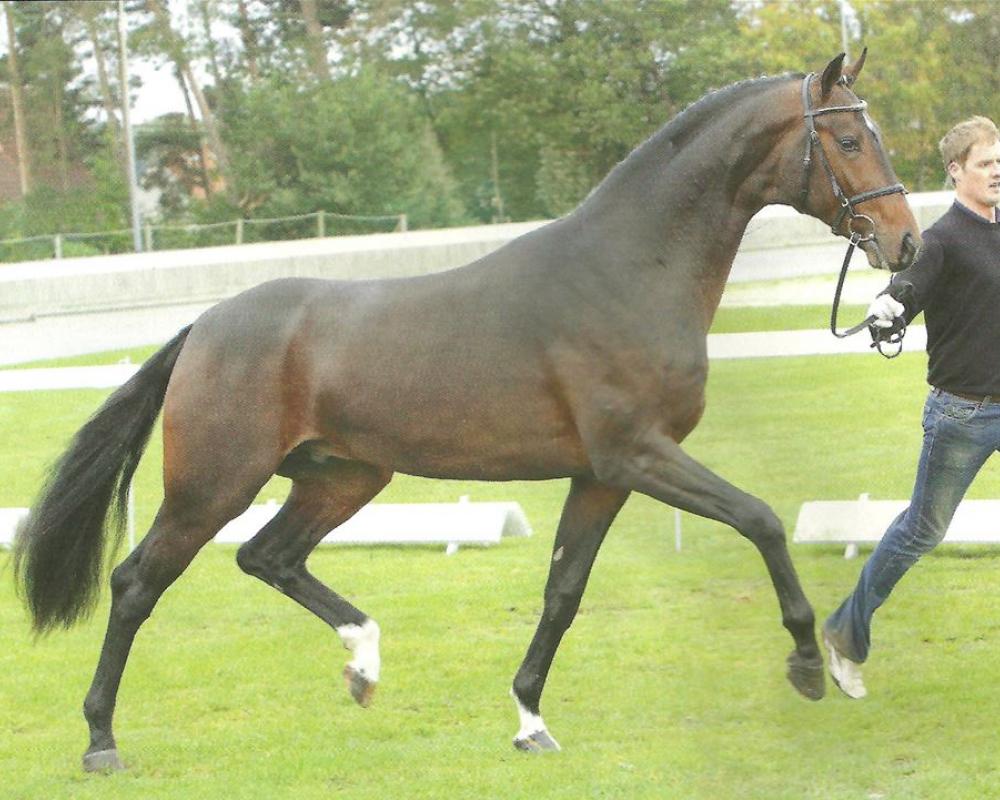 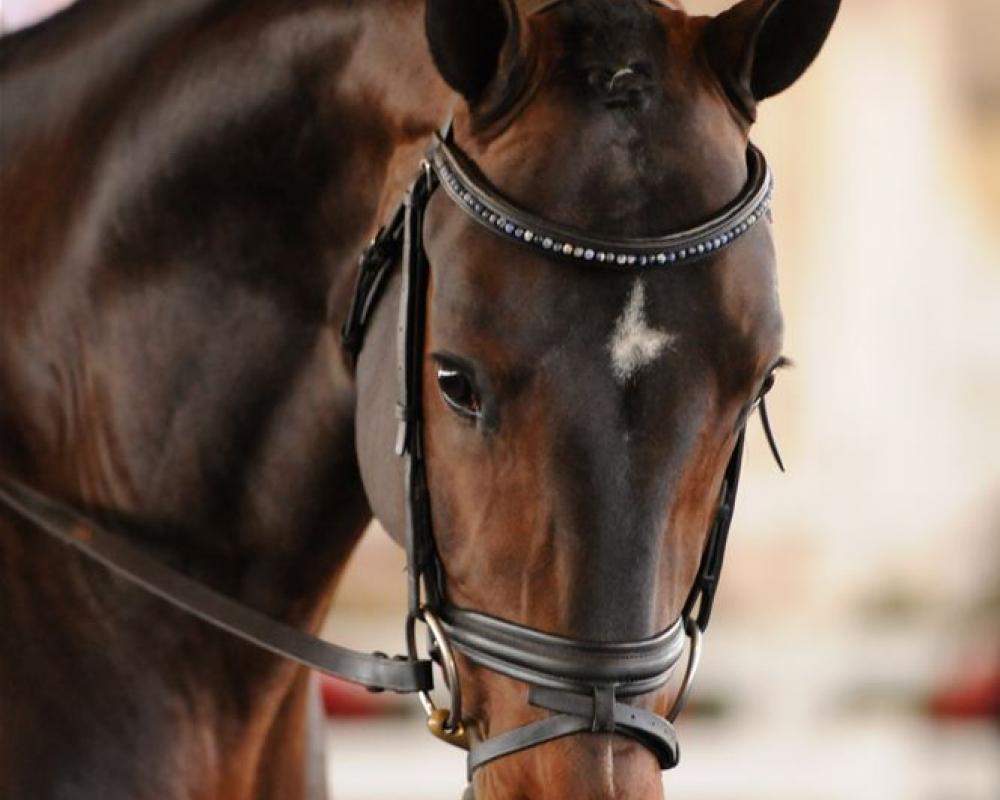 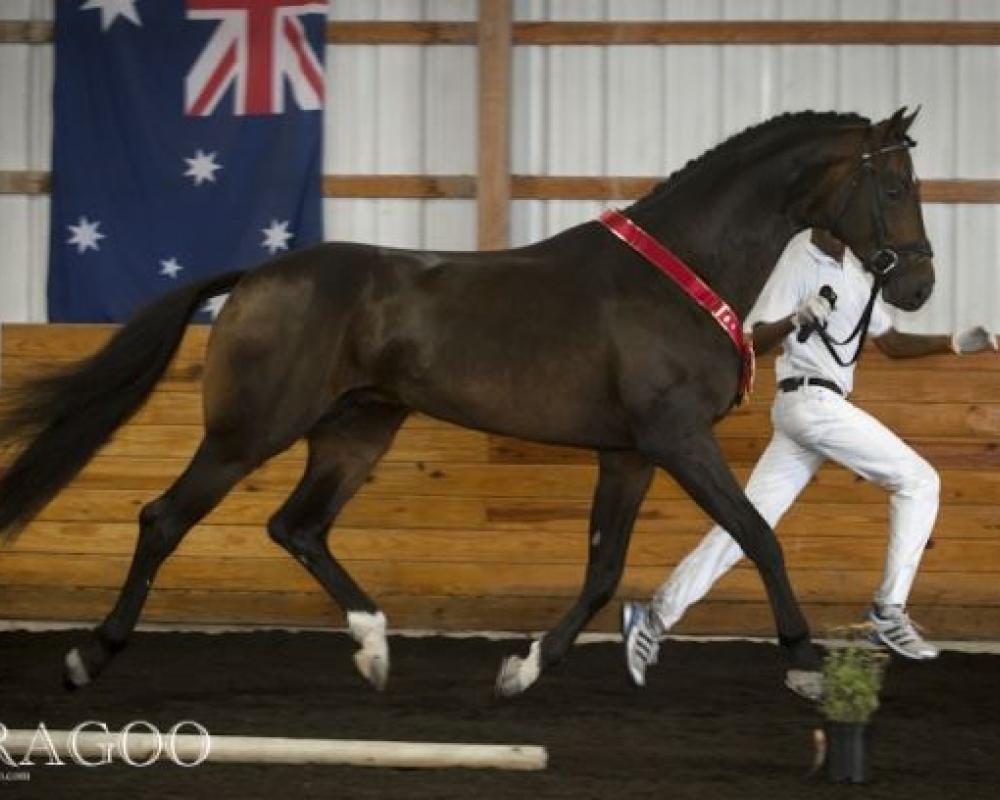 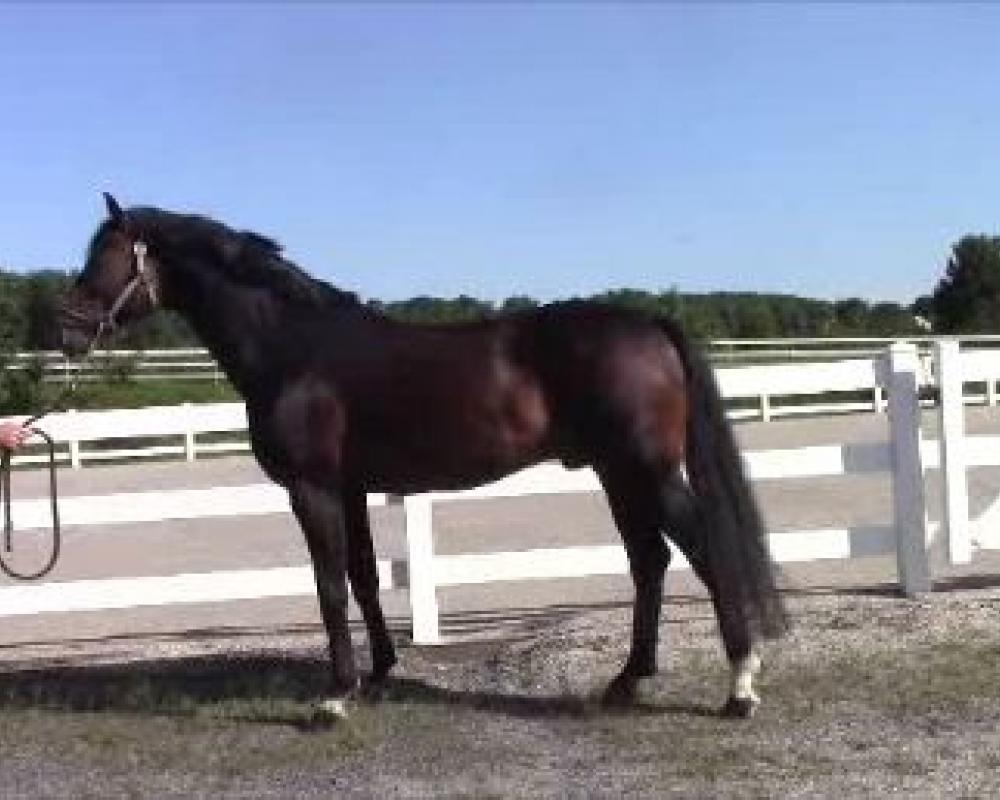 Sir James is an imported fully licensed and approved Hanoverian stallion sired by Sir Donnerhall. Sir James is approved for breeding by the German Oldenburg Verband, The German Hanoverian Verband and the American Hanoverian Society and he would be eligible for full approval by many other warmblood breed societies upon presentation and application. Sir James' sire Sir Donnerhall needs no introduction and is famous in Europe for his amazing successes and produce record. See information here: http://schockemoehle.com/eng/service-station-stud/breeding-stallions/si…
Sir James is out of a State Premium/Elite mare by Feiner Stern/Pik Bube. Sir James' damline has produced FEI dressage horses and many approved stallions, including the Champion of the 2017 Westphalian Stallion Licensing. Sir James did his 70 day stallion test in 2011 in Oklahoma.
He was the only three year old. He finished the test in 4th place overall with a score of 112.24, 3rd in the dressage and 7th in the jumping.
Highlights included 9.5 character and temperament, 9.0 trainability, 10 constitution, 8.6 trot, canter, rideability, walk and 8.25 cross
country. Sir James was shown in dressage in 2012, placing 1st in his first dressage test- First level test 2- 69.865%. He was also shown in hand where he was twice Stallion Champion, Mature Horse Champion and Show Reserve Grand Champion. He was the 2012 Year End American Hanoverian Society Champion Stallion. To date, 14 out of 18 foals presented to the GOV have been named PREMIUM with 3 Foals of Distinction and a stallion prospect named. A four year old gelding by Sir James was invited to the 2018 Young Horse National Championships with scores as high as 8.04. All of Sir James' offspring that we started under saddle have found wonderful homes with amateurs and professionals alike. They were very much volunteers under saddle with three good to very good gaits. One of them I consider to be world class (see video of Shpectrum). Sir James is for sale only because we are downsizing in anticipation of eventual retirement. We haven’t been riding him- we only have one rider at present and 17 horses going under saddle, most of them sales horses, so they take priority. He is 100% sound and able to be ridden- we just don’t have the time.
He is easy to collect (just needs time to talk to a girlfriend first), the semen is excellent quality and ships well with good longevity and motility. More videos are available upon request, and videos of his offspring can be found on my website.