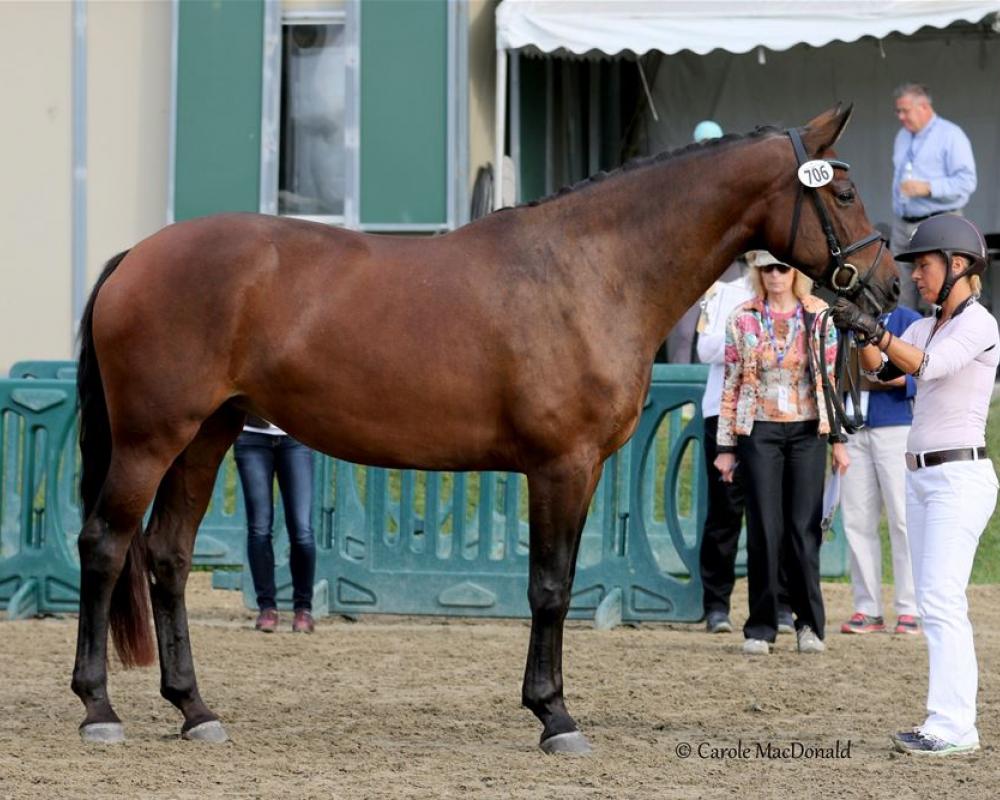 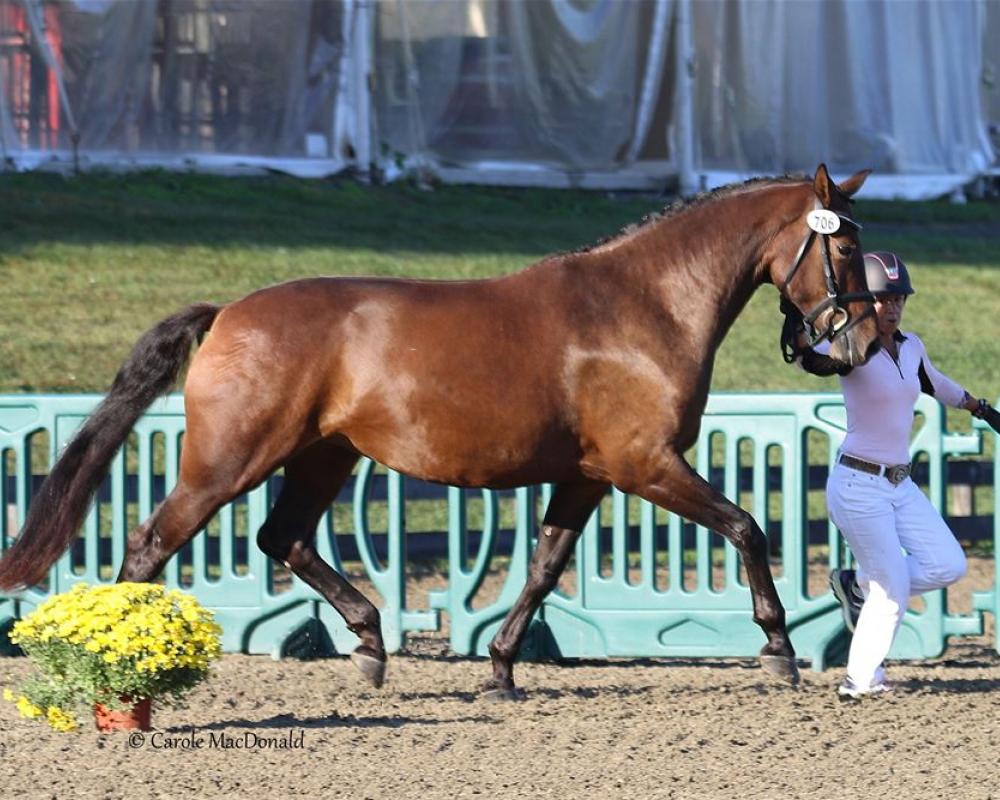 NEW VIDEO November 2019! This is an FEI horse in training. The changes are now confirmed and she has even been able to do tempis down to twos (occasionally). Her lateral movements are quite good. She is sensitive and requires a tactful ride, so she is not for an untrained rider, but we feel she will have the high collection of passage and piaffe and we feel she will perform brilliantly to the top levels with a skilled rider. She is absolutely bomb proof on the ground. Shabrina is a gem under saddle and she keeps getting better and better. This mare can sit, she has an active hind leg and she has a very good rhythm in her trot and canter. She recently showed at third level at a recognized dressage show under an FEI judge, where she received a 63.333% and a 61.923%. She is scheduled to compete third level at another recognized show in July 2017. In 2016, her first year at third level, she received scores as high as 65%. In 2016, she ended up in 3rd place for the USDF Year End standings for Four Year Old and Older Maiden and Yeld Mares with 80.150%. She was Champion in that division for GOV USDF All Breeds Awards. Her 2016 breed show results included: Maplewood Warmbloods I- Mare Champion (85.45%0, Mature Horse Champion, Reserve Grand Champion. Maplewood Warmbloods II- Mare Champion (80.15%), Mature Horse Champion. Region 8 GAIG/USDF mare Championship- third.
June 2016: Shabrina went to a local schooling show on June 25 where she did third level for the first time in the ring. She was fabulous, got all of her changes and was a star, receiving the reserve high score for the entire show. Third 1- 68.939% and Third 3- 66.453%. Not too bad for a 6 year old!
Breed Show results 2015:
ESDCTA Memorial Weekend I: Mare Champion, Mature Horse Champion, Reserve Grand Champion 78.9%; ESDCTA Memorial Weekend II- Mare Champion, Mature Horse Champion. Dressage at Lexington- Mare Champion, Mature Horse Champion, Reserve Grand Champion 78.65% and 81.35%. Dressage at Devon- 2nd Maiden Mares, 3rd GAIG Mare Championship.
At VADA/NOVA Summer Dressage Breed Show at Morven Park June 6th, 2014, Shabrina won her 4 year old and older Maiden mares class (80.450%), the MARE CHAMPIONSHIP and RESERVE GRAND CHAMPIONSHIP. She also won the 3,4,5 year old Mare Materiale class with an 81.1%. Shabrina placed 2nd (79.6%) in the GOV Individual Breed Class with our own Dheputy placing 1st.

June 1, 2014 at the Bucks County Horse Park recognized dressage show II, Cara
Klothe rode Shabrina for her second time off the property and first time
in a dressage ring. The first test was full of baby bobbles, but she pulled
it together for their second test where they received 1st place with a
69.464%. Good baby girl!

Dressage at Stone Tavern II August 31, 2014:
Shabrina placed 1st in Maiden and yeld mares 4 y.o. and older
82.5%, then was named MARE CHAMPION, MATURE HORSE
CHAMPION, and RESERVE GRAND
CHAMPION!! Shabrina was also 2nd in the Materiale with a
74.7%.
At Dressage at Devon, September, 2014, Shabrina was 4th 80.45% in the Four
Year Old and Older Maiden Mares (the largest class of the show
with 24 entries.

She did the Mare Performance Test at our farm in October 2013 where she received very good scores including 8 for the trot under saddle, and 7.5's for free trot, canter under saddle and rideability. She was awarded the title of Special Premium Candidate based on her MPT and inspection scores. This title is of great value as a future breeding mare.