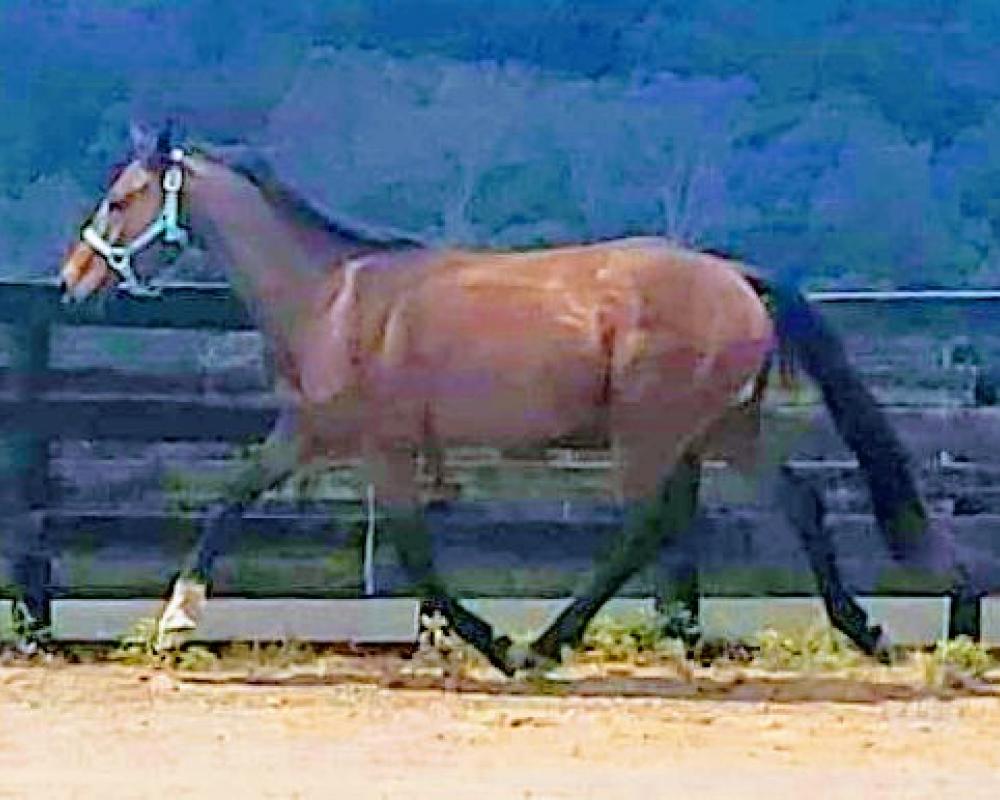 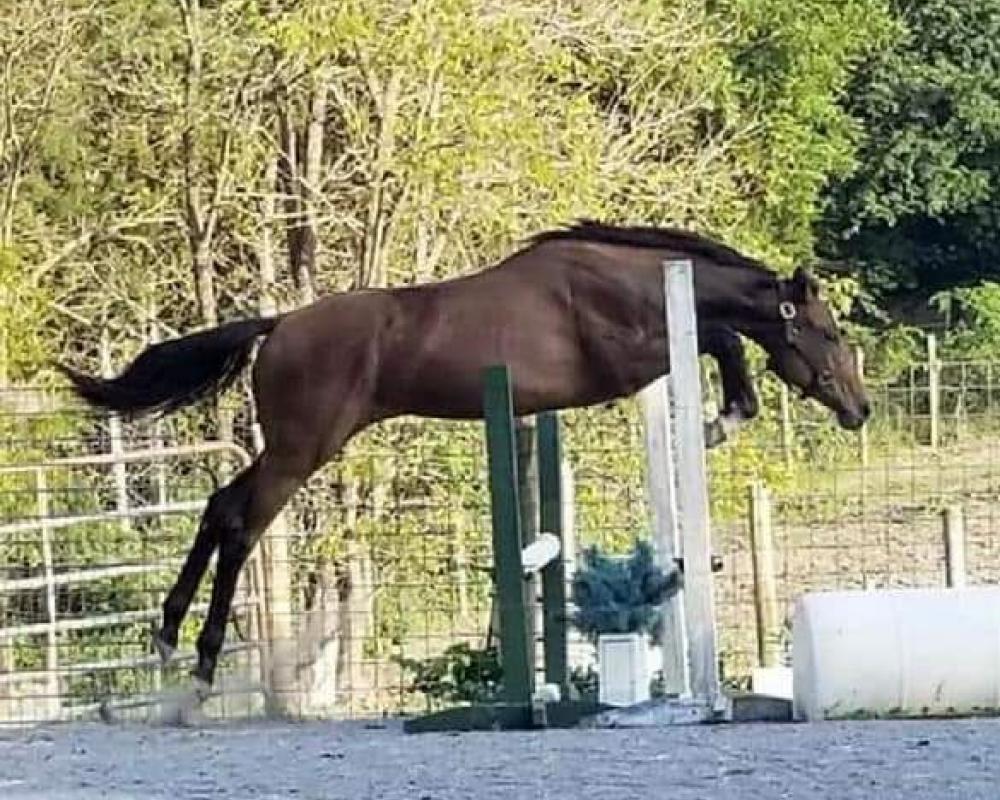 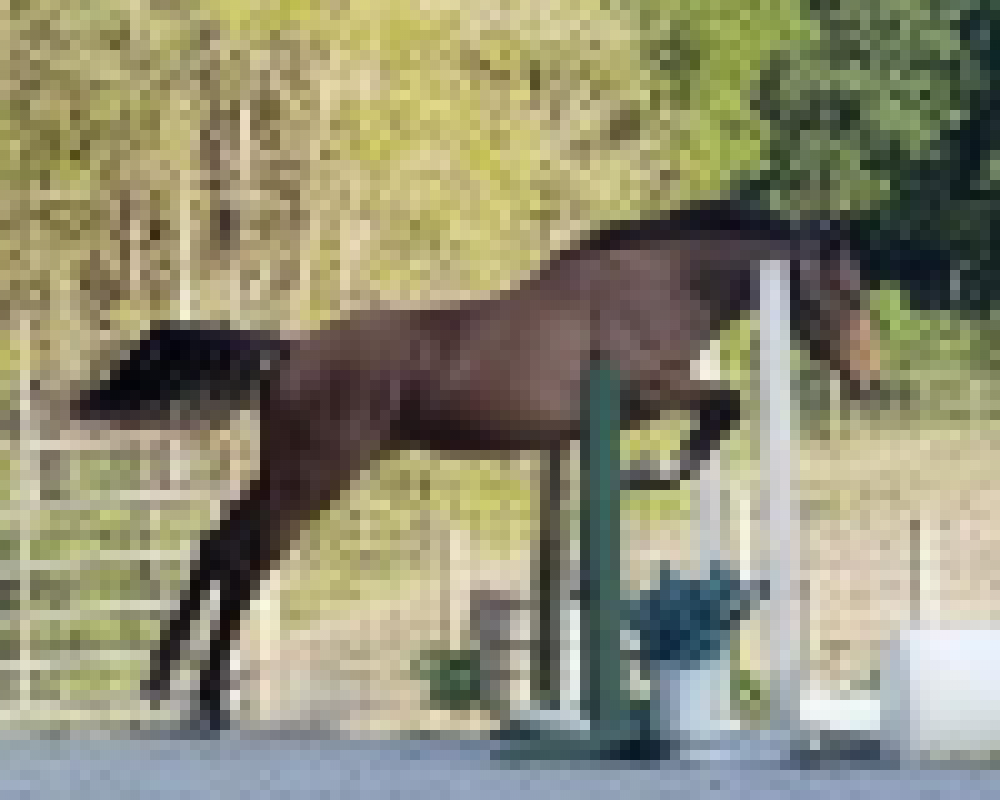 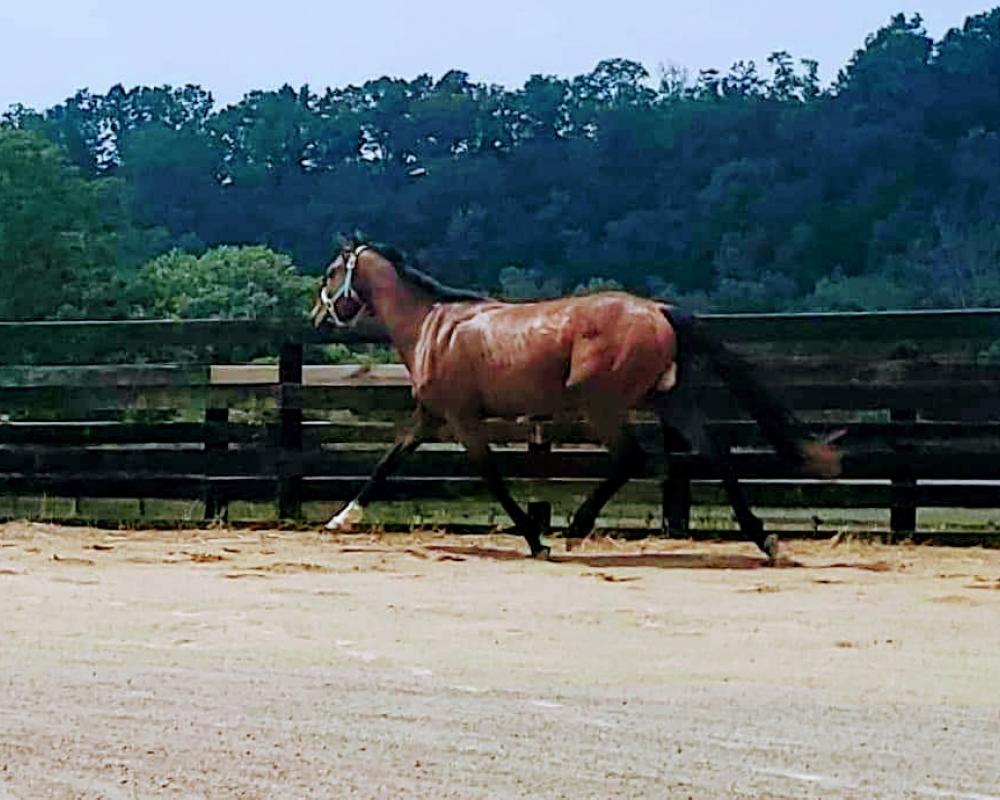 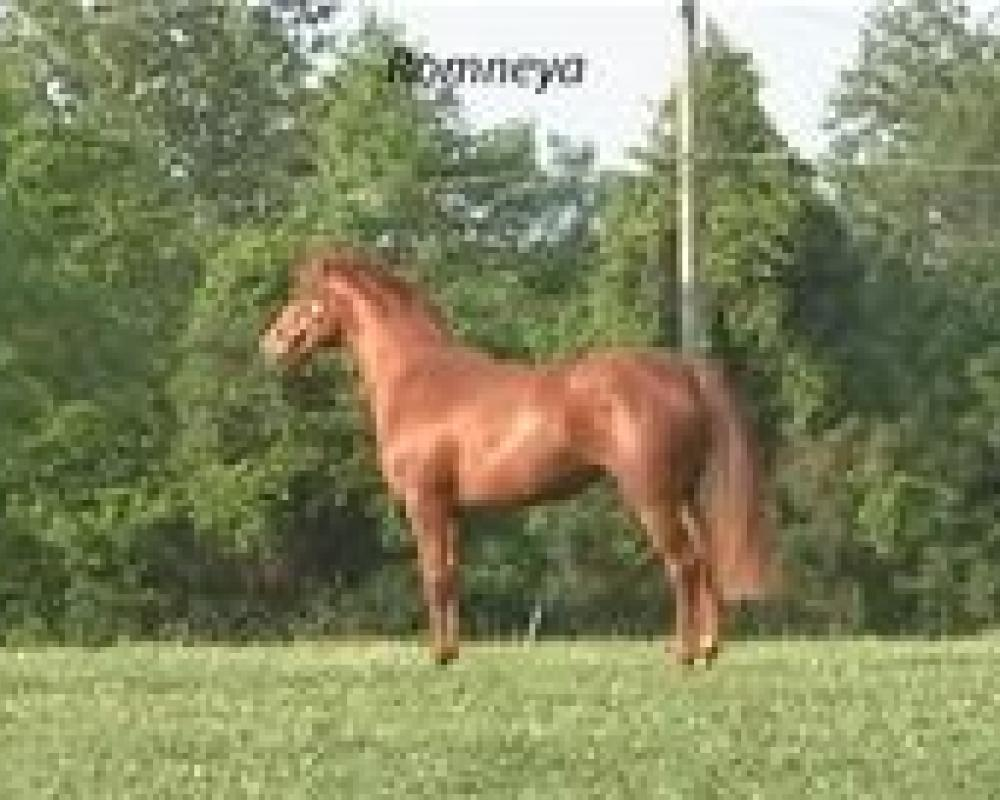 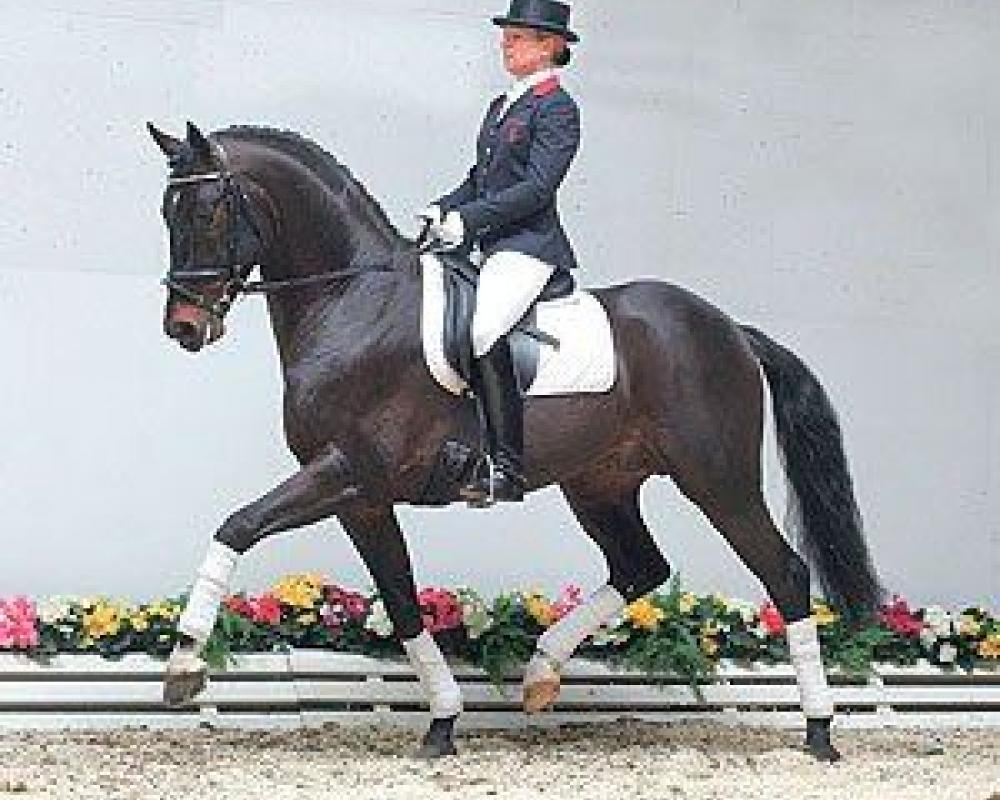 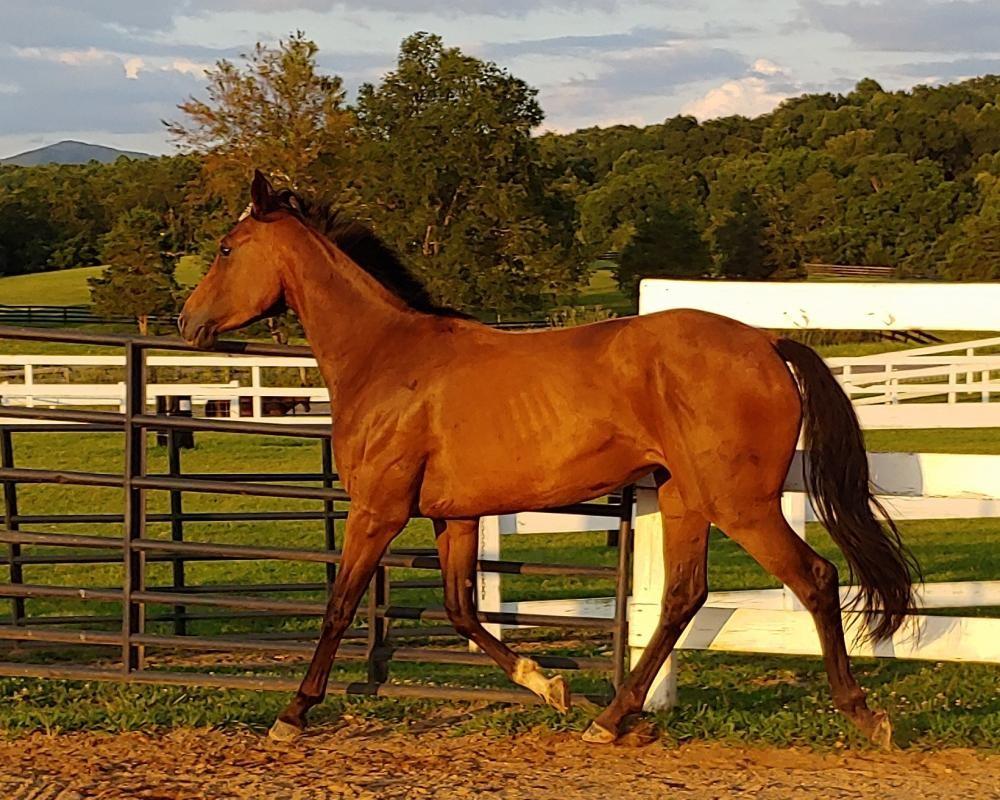 St. Tropez aka Sasha (by Sagnol x Rosario, a champion son of Rubinstein) is 3 years old and currently in training prepping for work undersaddle in September. She is bred for dressage but loves to jump. She would make a beautiful hunter as her jump is extremely pretty and bascule and she has a lovely canter! Although her trot, reach and pedigree scream dressage and her GOV inspector said she would be athletic enough for either discipline. In addition, she called her the prettiest filly yet by Sagnol.

Sasha wowed the judge at her first show in-hand and won 1st place at the age of 2.

Her sire SAGNOL stamped her with elegant yet powerful movement. Sasha is versatile and athletic and super QUIET. She has been handled daily since birth and has clean x-rays. Fancy cadenced mover, microchipped, reg. GOV Sasha is the whole package with chrome, a kind disposition and a willing attitude.

Sasha is by SAGNOL (a talented son of SANDRO HIT x LANDADEL) out of a Premium Main Mare Book GOV mare, ROMNEYA by ROSARIO who was a Triple Oldenburg Champion and the Vice National Champion by RUBINSTEIN I. Rosario achieved the highest dressage index at his performance test and he stands out against the many popular Rubinstein sons because of his spectacular trot as well as his outstanding walk and canter.

St. Tropez has a "who's who pedigree" with just a touch of TB from her dam, Romneya whose pedigree includes the sire, Silent Screen who has produced numerous eventers.

This filly loves to jump (since day 1) just like her newly approved half-brother SANDRO'S STAR! She is destined to win in Hunters and Dressage as well as Eventing given her gorgeous uphill movement. She has rythmical gaits with splendid natural transitions that make it look effortless. Sasha will be a top broodmare as well someday! Let St.Tropez be your next champion and make your dreams come true! Buy Sasha now before she begins her show career! Text, e-mail or call (909) 709-9185. Asking $15,000 Covid price reduction!