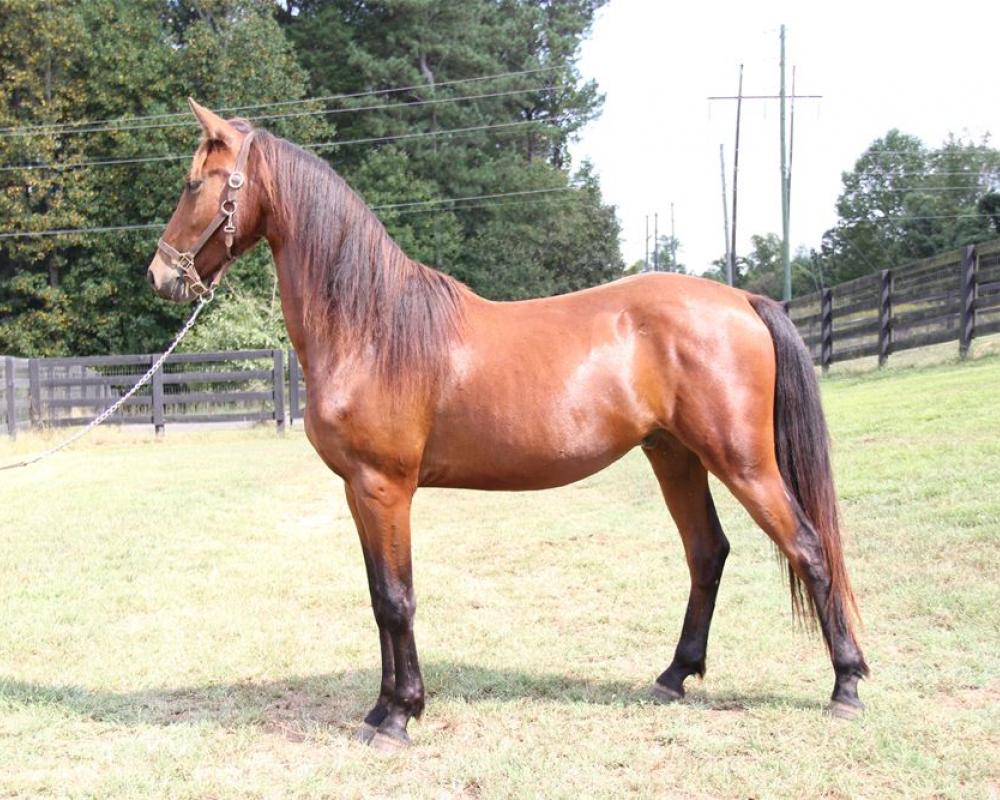 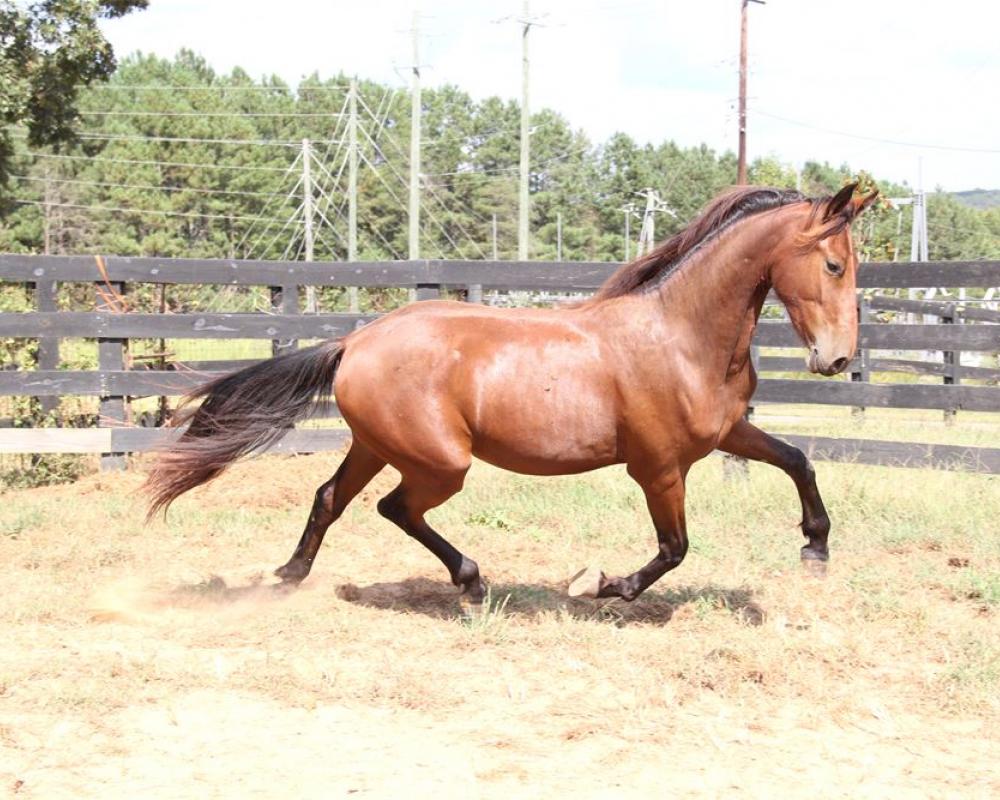 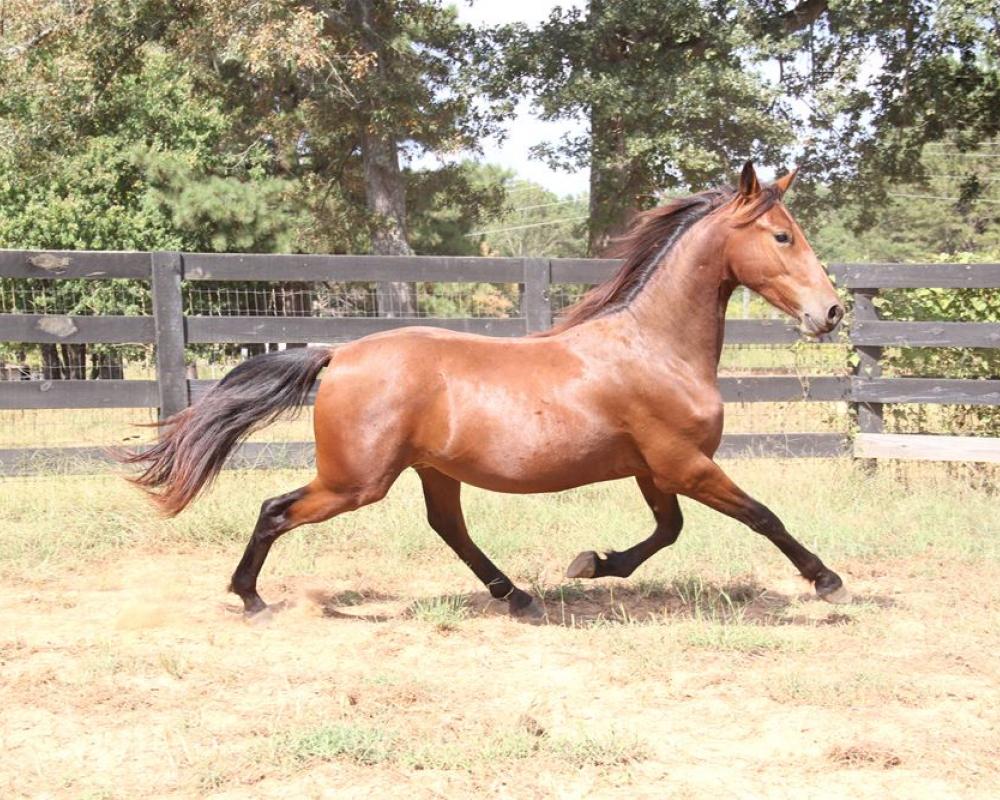 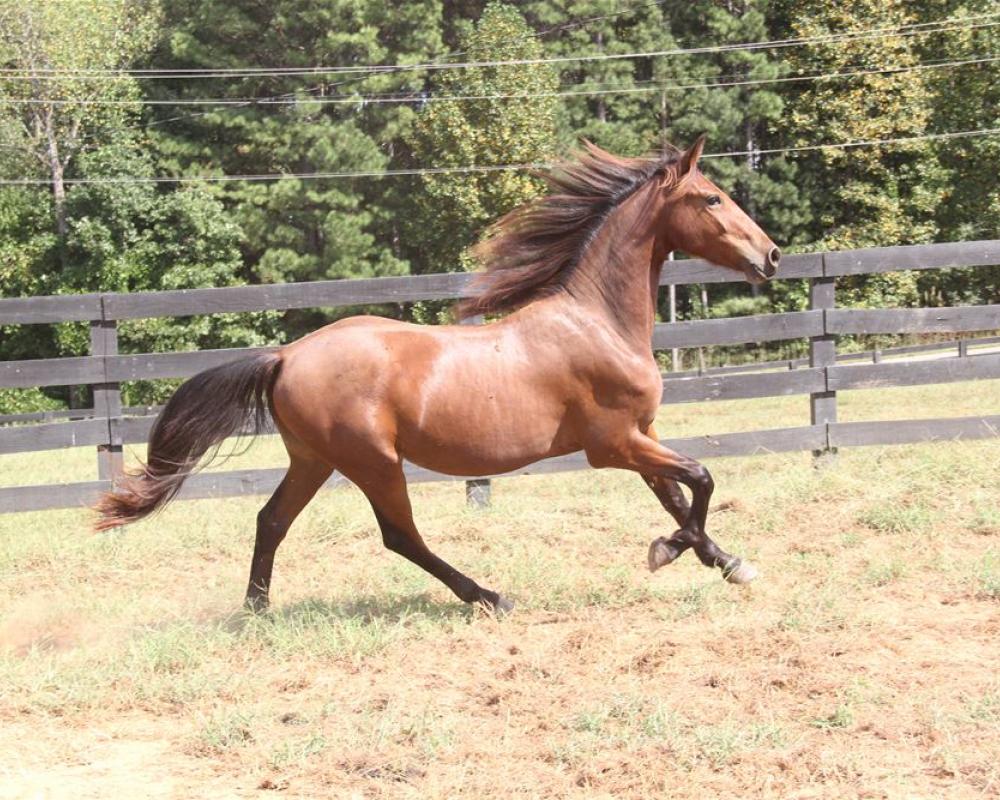 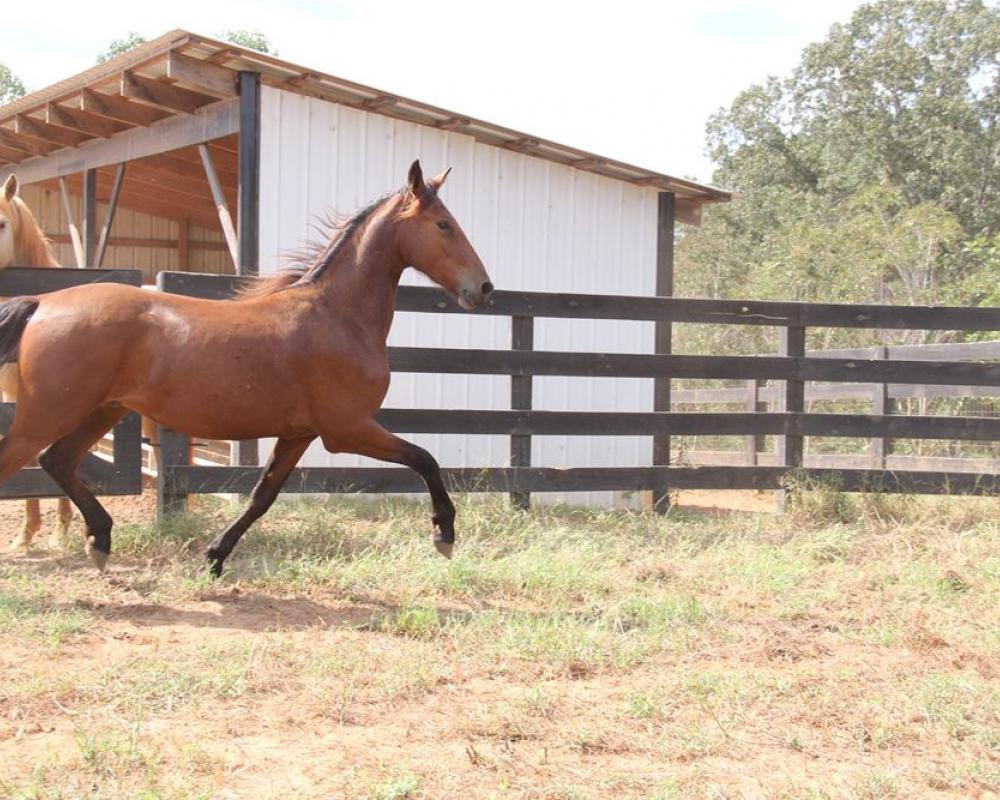 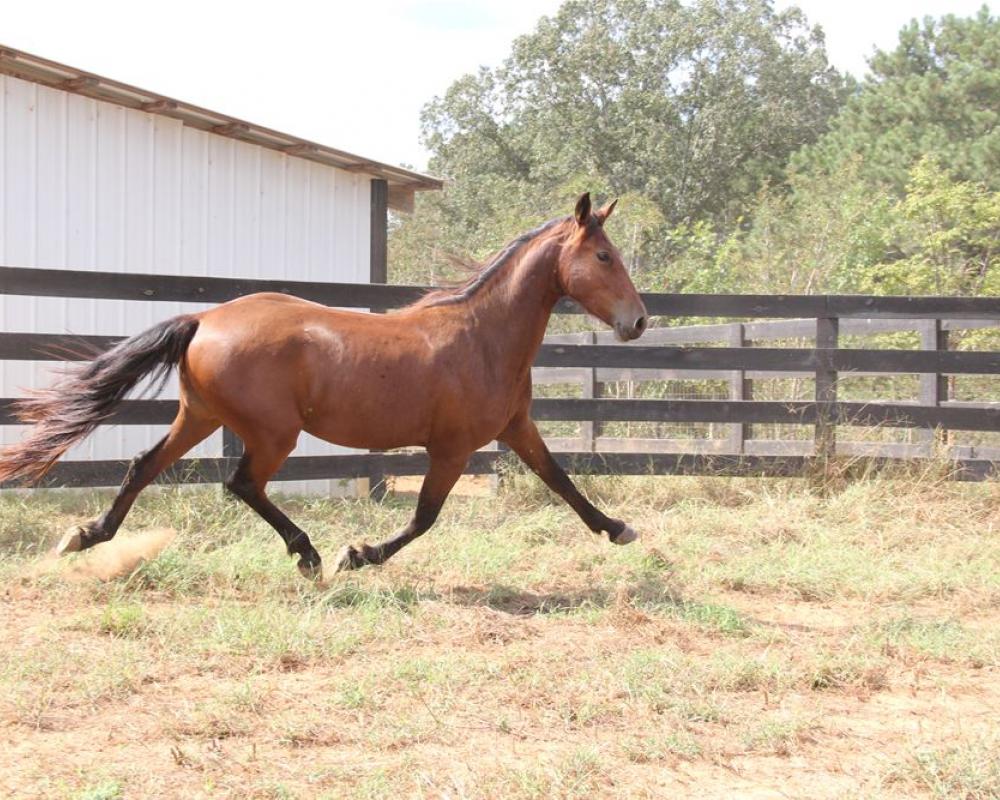 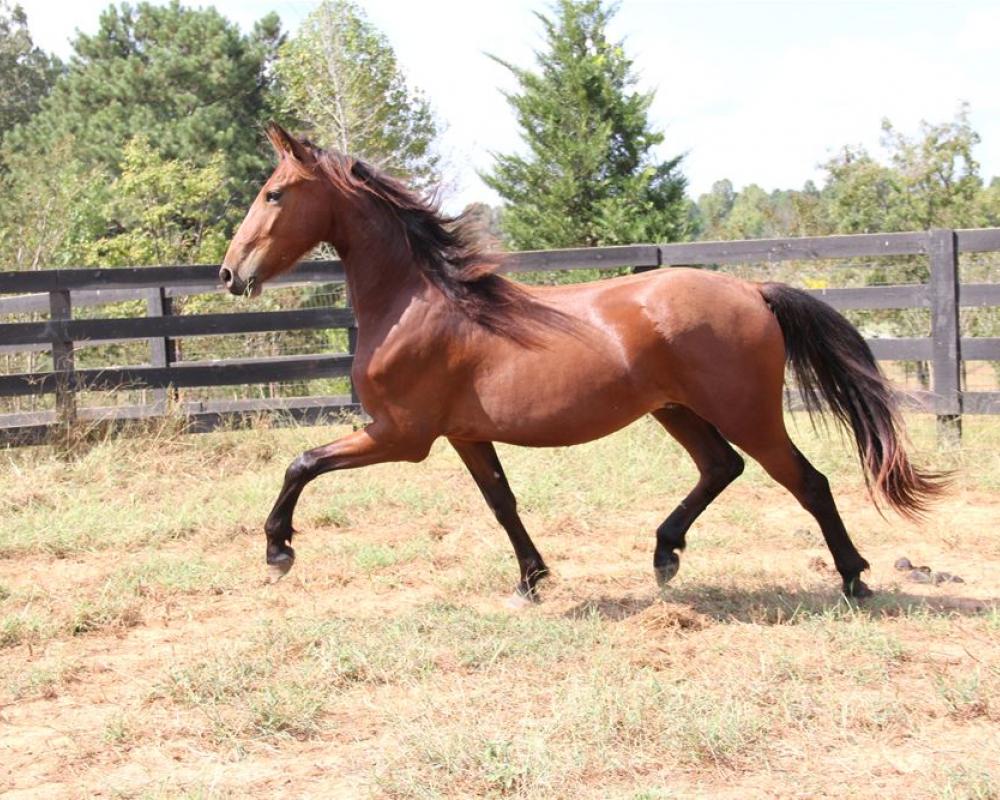 Starfires Mercury is a coming 4 year old bay gelding that has lots of action! This guy has a great personality and loves attention! He is ground trained to turn on the forehand and haunches, backs up, lunges, ties, picks up feet, and is desensitized to the whip, and side passes on the ground has had the saddle and blanket on. We will be preparing him for backing soon. Mercury is a very quick learner and wants to please. He is going to make someone a fancy mount! He has some fantastic performance bloodlines such as Champion Yorktown, Champion Wing Commander, Champion Valley View Supreme, Chubasco and Stonewall bloodlines, as well as the much sought after Peavey lines. which are in his dams line as well as his sires bloodlines that carry Pyt a 4 times National Champion. He has been handled since birth. He ties, bathes, trailers, picks up feet etc. He is certainly going to be a dynamic mover in the show ring and is ready to begin his backing under saddle.

Breeder of very rare sought after Georgian Grandes. This breed excels in all disciplines but most are shown in dressage and CT. They also win in Western, English pleasure, driving and make incredible jumpers! The combined breeding of Friesan and Saddlebred provides the best of both breeds -performance-versatility-attitude and beauty.
Email Seller Now
Visit Seller Website
More Horses From Seller