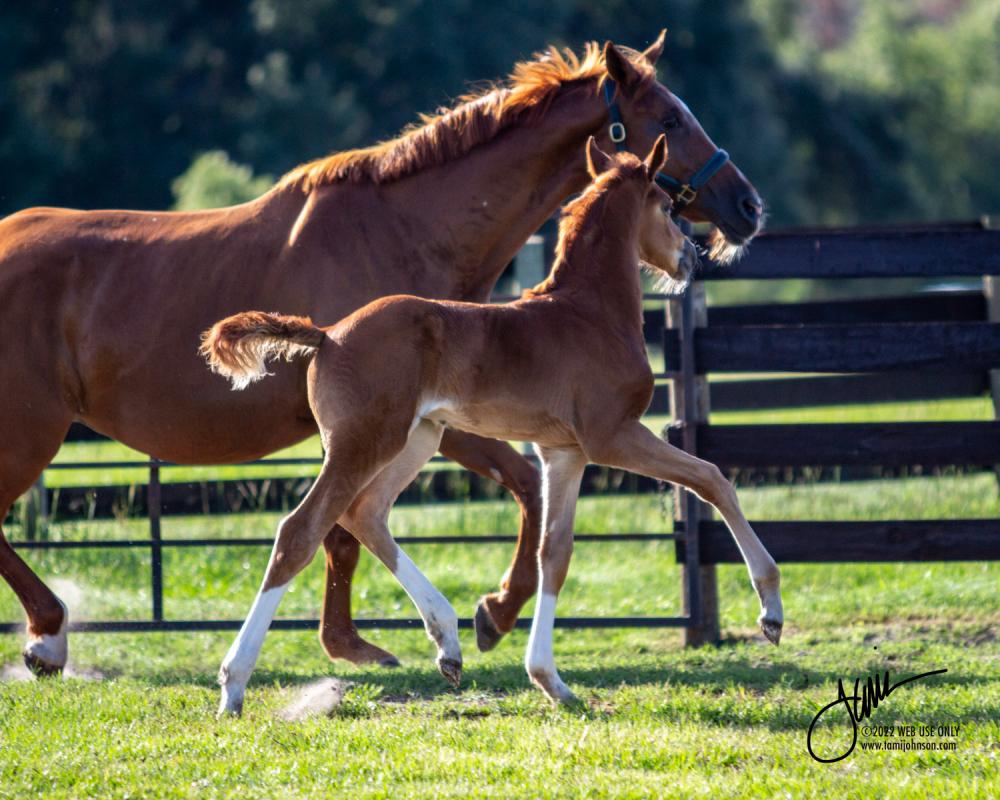 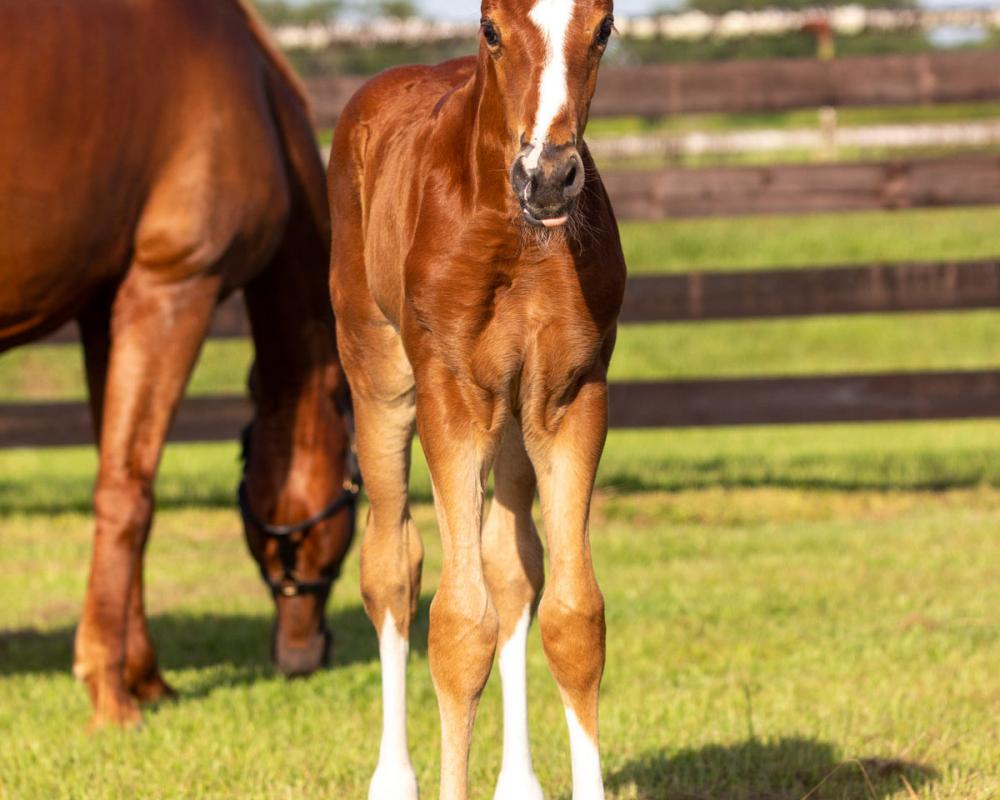 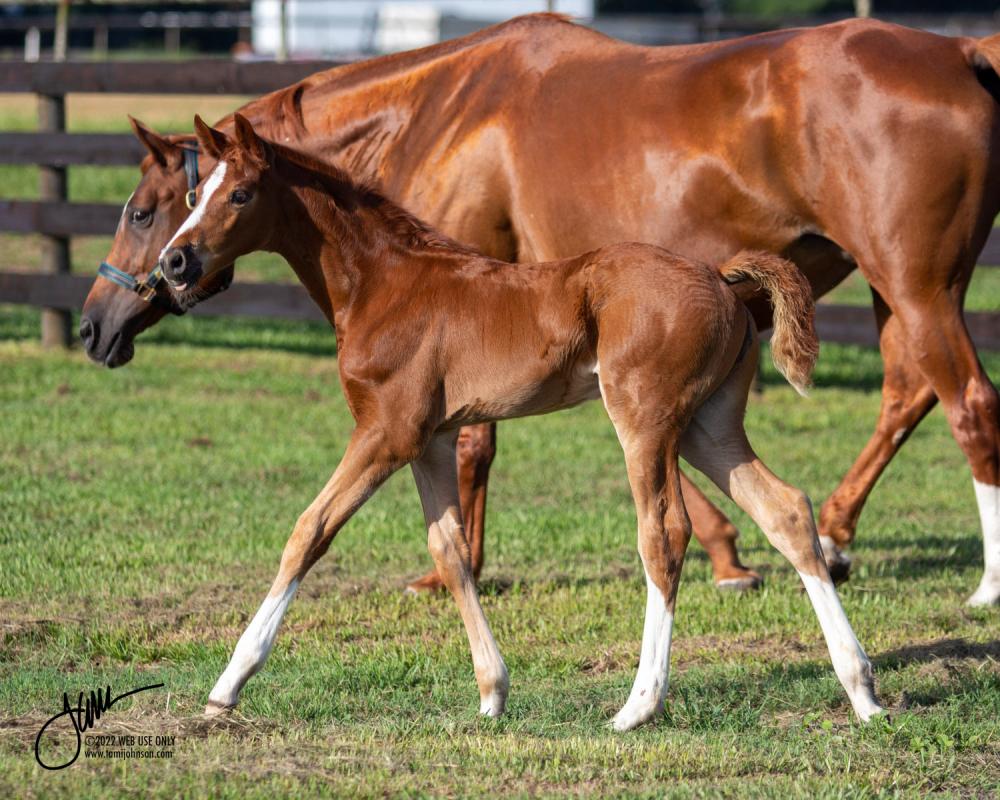 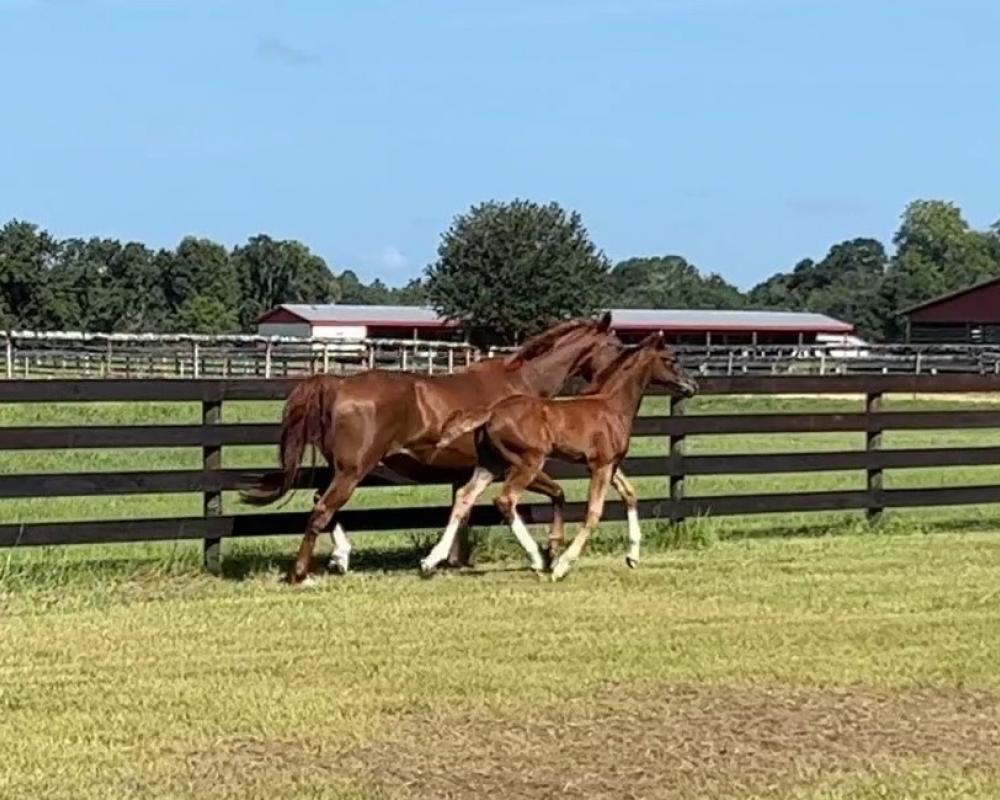 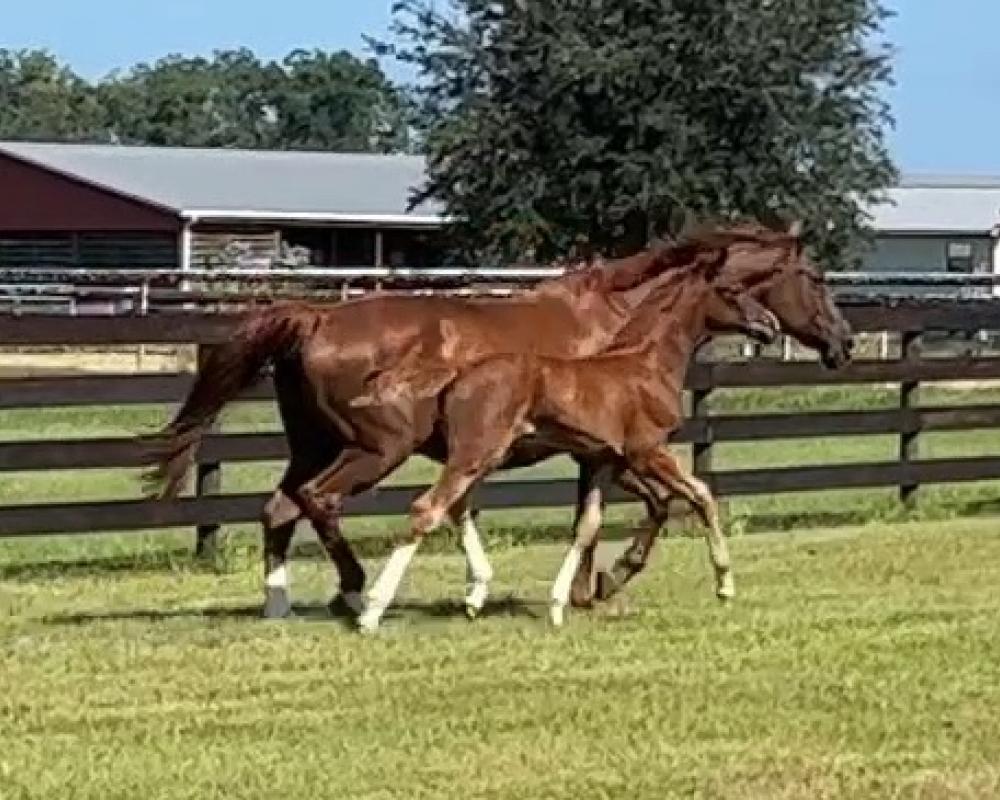 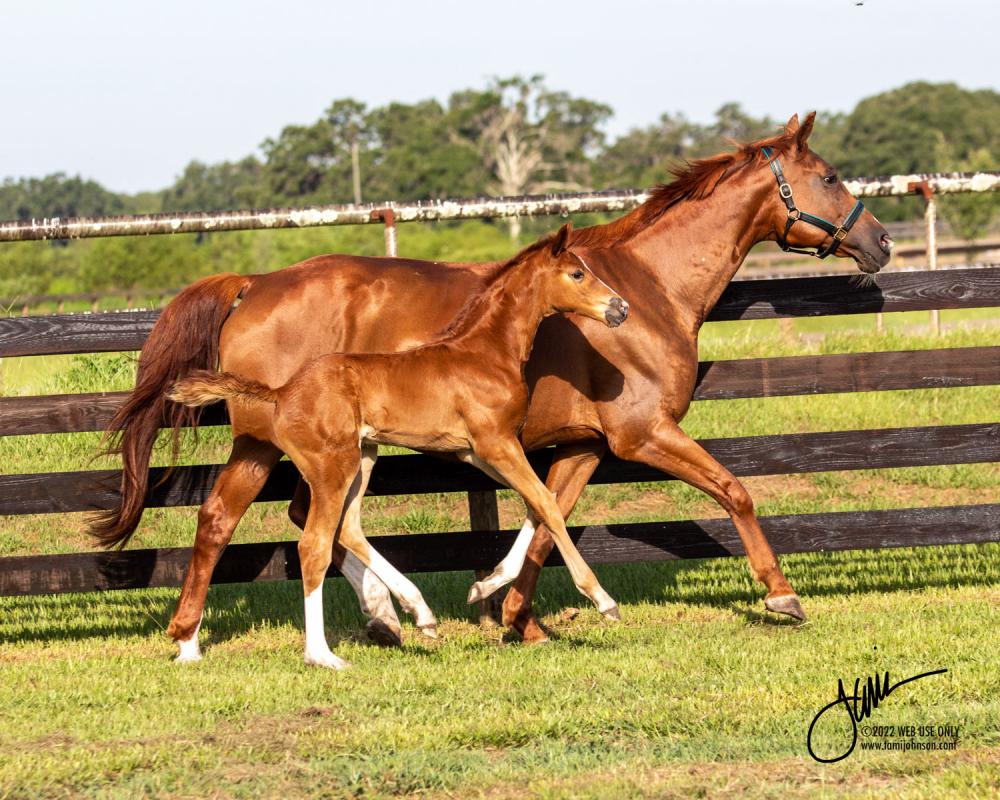 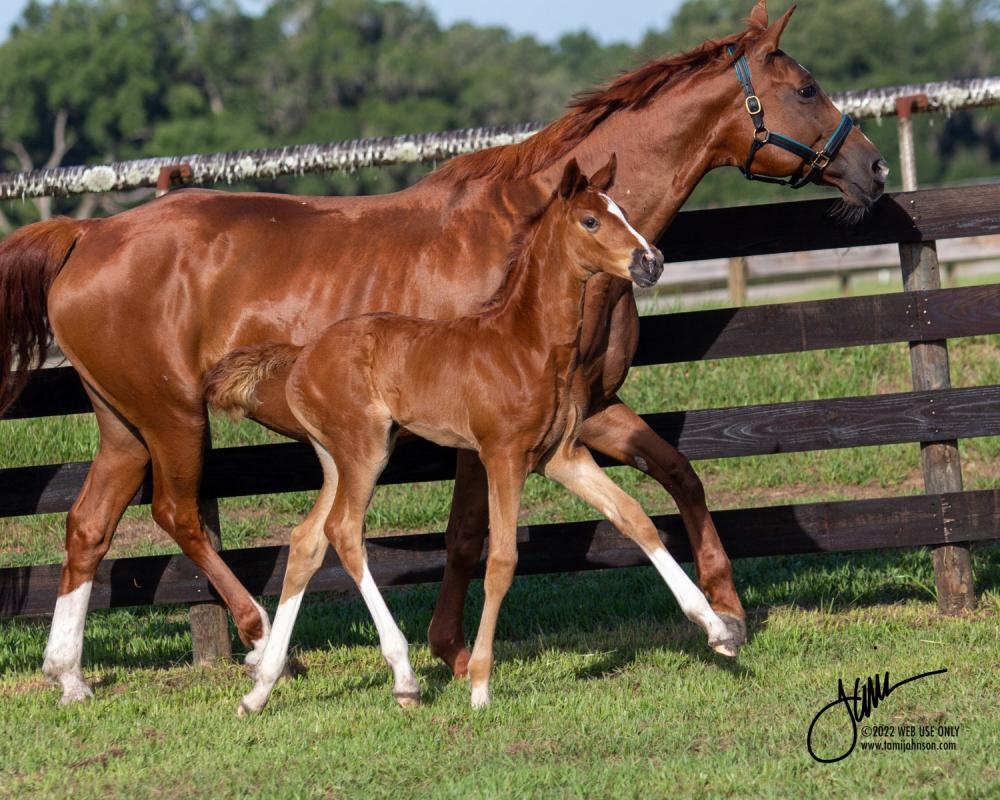 "Sunny" does just that... he lights up any 'field' he is in with his charismatic personality, good looks, and WOW movement! He already exhibits natural collection ability in both the trot and canter. Unlike many youngsters his age, he has a truly balanced and uphill canter. His trot is powerful with a lot of push from behind, good hock articulation, with a lot of suspension.

Grand Galaxy Win needs no introduction! He is an ultra-modern, lustrous black young stallion by Apache. Galaxy is out of the elite mare Winner T, who is by the Grand Prix stallion and breeding magnate Jazz. In 2014 Galaxy was awarded champion stallion in DWB. In 2015, he placed 2nd in the 4-year-old final at the Danish championship and participated at the 2016 WCYH. His first offspring have been extremely promising and in 2018 Galaxy has eight sons selected for the DWB's stallion licensing in Herning. With his offspring, he immediately made a big impact: from his first crop of foals, he produced Oldenburg Champion Stallion Global Player, the two premium stallions Hesselhøj Gnags and Giovanni Bell, as well as numerous premium mares, including the Oldenburg "Brillantring" mare Silberlily. His son Highfive Fuglsang won the silver medal at the four-year-old Danish Championships with 9.0.

Rhiannon, or Nini as she is known around the barn, is a 2009 mare by Rascalino out of MS Fire and Ice (Wuemmestern / Pik Bube I). Nini had a successful dressage career and even dabbled in hunters where she was also very successful - a testament to her willing nature and outstanding temperament. Wuemmestern is known for passing on great temperaments, specifically rideability and trainability. Nini is a classic mare with lovely gaits and gorgeous lines.

Sunny has the ability to excel at the upper levels with a Pro and a great temperament for an ambitious AA. 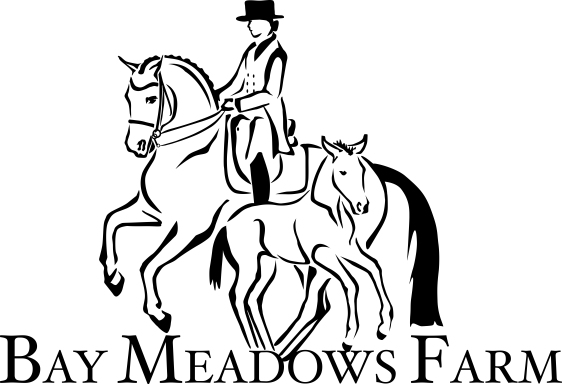 Bay Meadows Farm ~ Where Dreams are Born from Legends! At Bay Meadows, we specialize in breeding Dressage horses for both professionals and ambitious amateurs from only the best bloodlines.
Email Seller Now
Visit Seller Website
More Horses From Seller