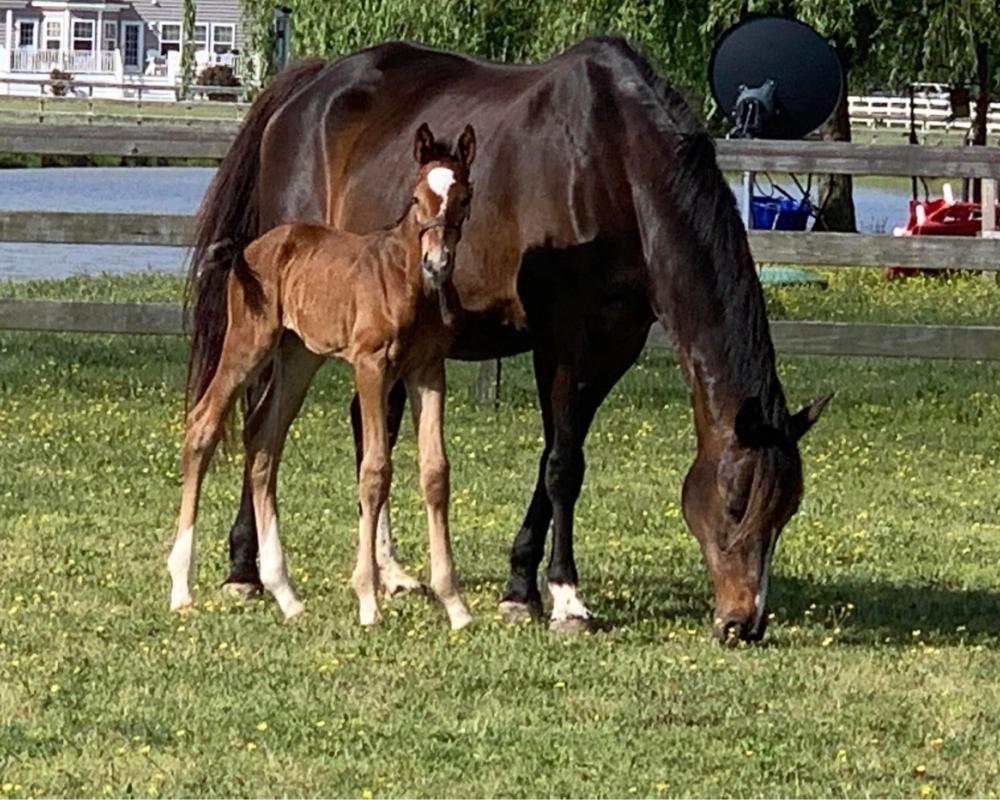 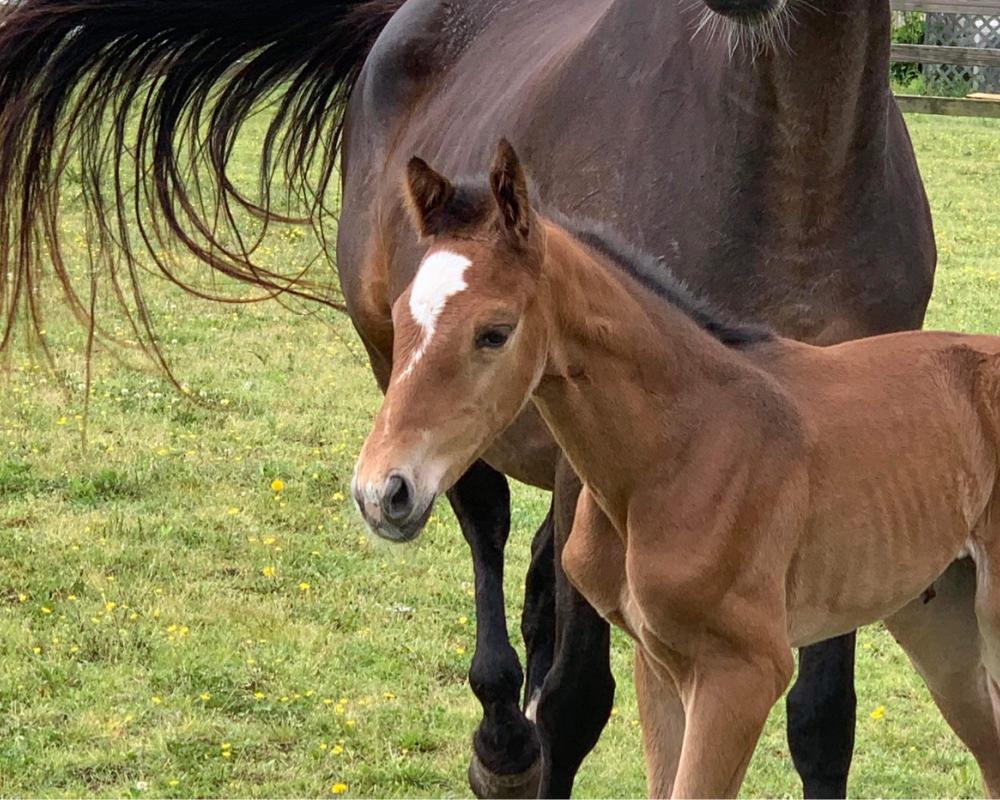 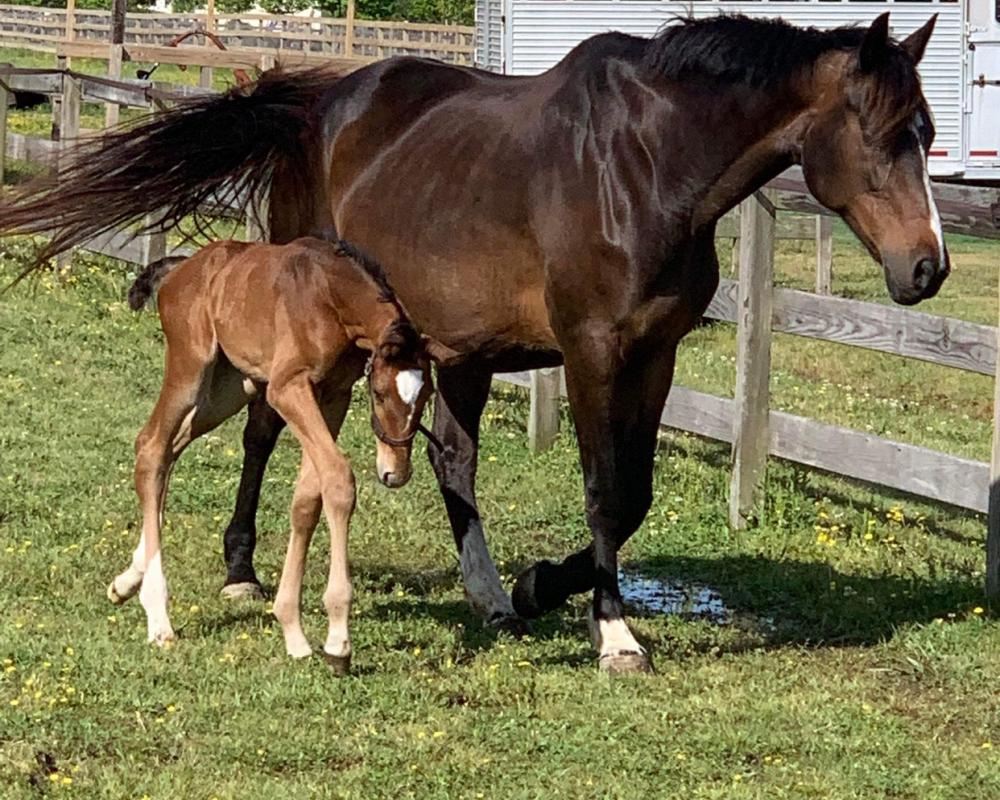 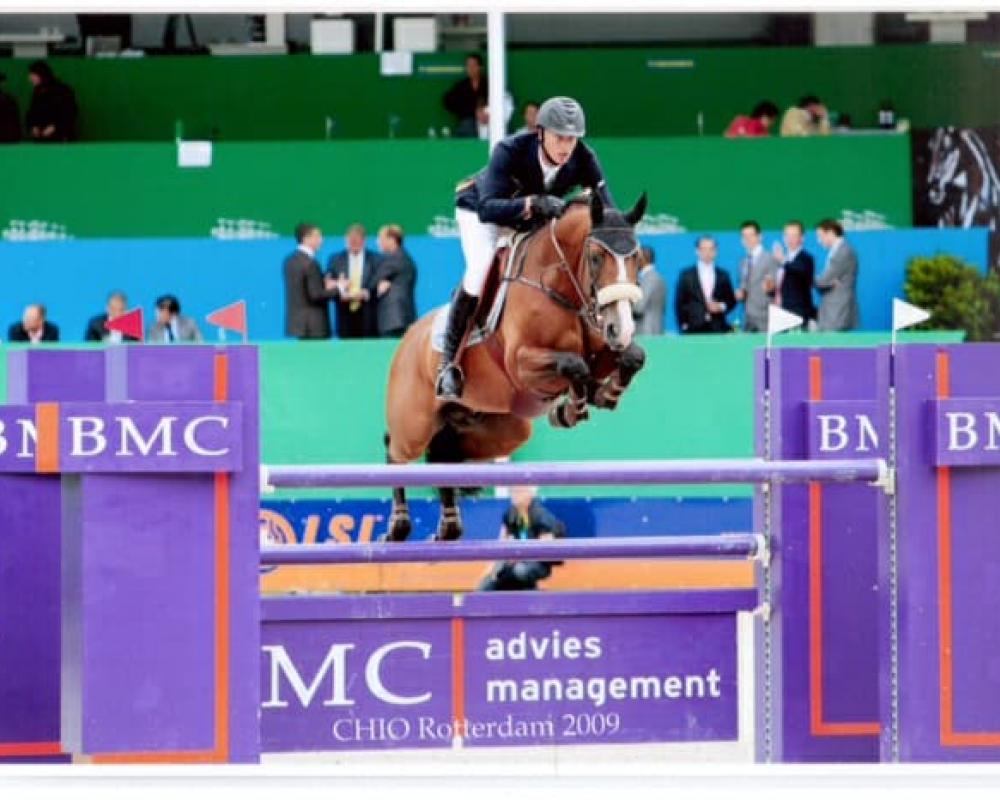 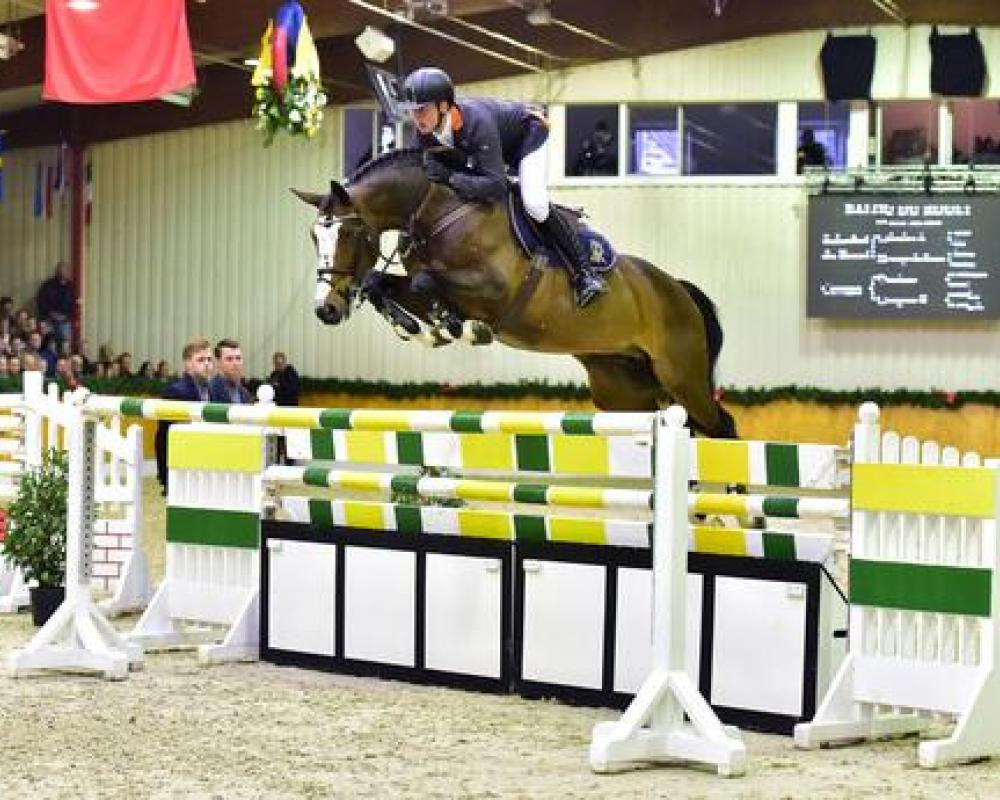 Synco de Mayo is a lovely young hunter/jumper prospect bred to excel in the show ring. Sire Utopie is an international show jumper, with successes at 1.6 meter level, shown under Marc Houtzager (NL), Candice King (USA), Nicole Bellissimo (USA) and Kirsten Coe (USA). Utopie’s parent’s lineage show the ultimate in performance genes through offspring and heritage. His offspring excel in all competition rings and have his friendly attitude and excellent work ethic.
Dam Balouette du Rouet was presented to AHS and not only received an overall 7.33, which makes her a Premium mare, but was also the top mare! She is also approved with GOV and was accepted in their MMB with scores of 7 across the board. She has also produced several Premium GOV offspring. Dam sire Balou du Rouet is by far the most successful son of his famous sire, the Olympic champion and three-time World Cup winner Baloubet du Rouet. Balou du Rouet, for the fourth time in a row, has placed in the top 15 and top 12 of both the WBFSH ranking of the world's best show jumping sire and the ranking for the world's best eventing sires.
With his lineage this colt is destined to excel as a top level performer. Flexible terms available through weaning.