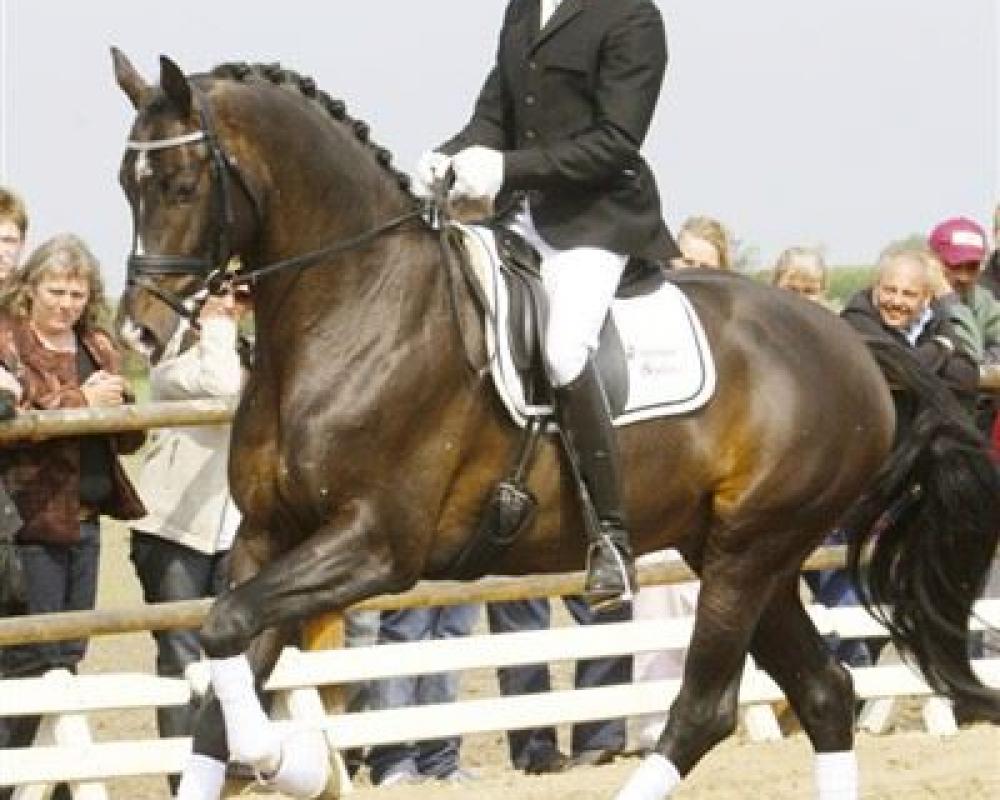 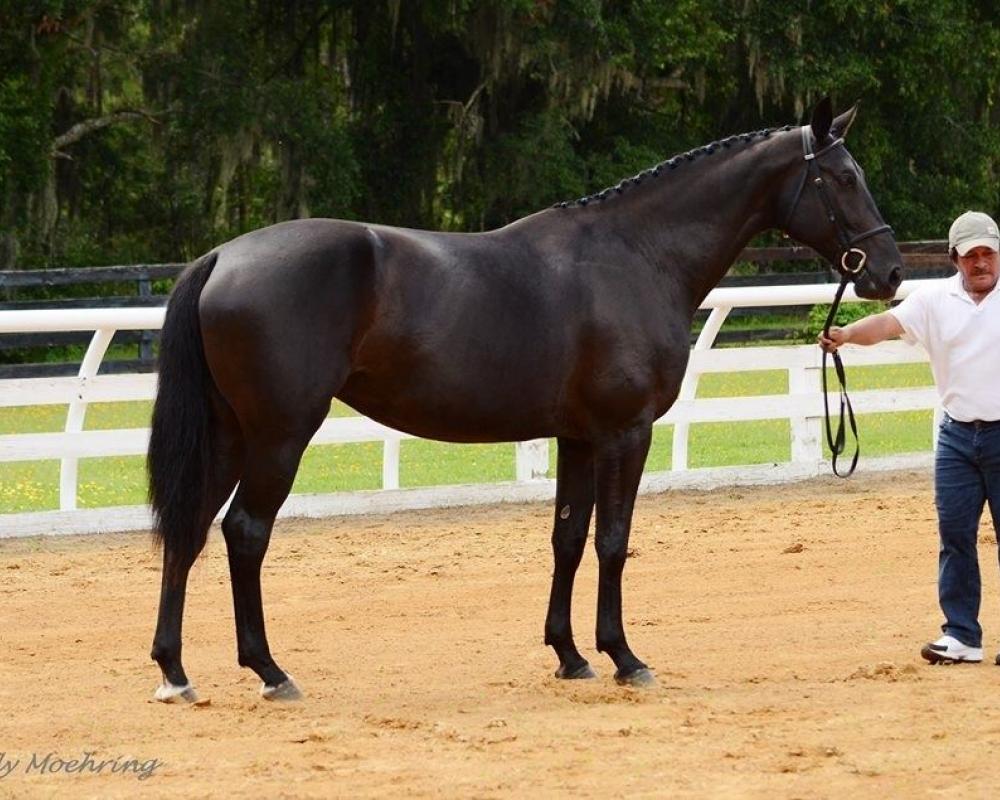 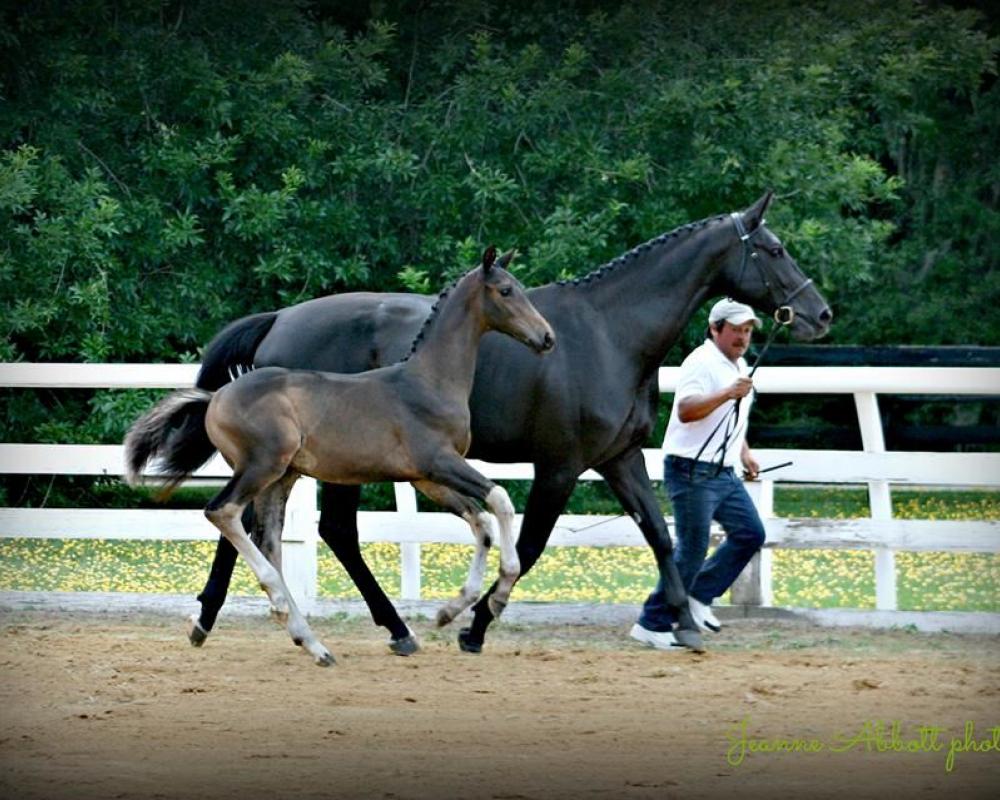 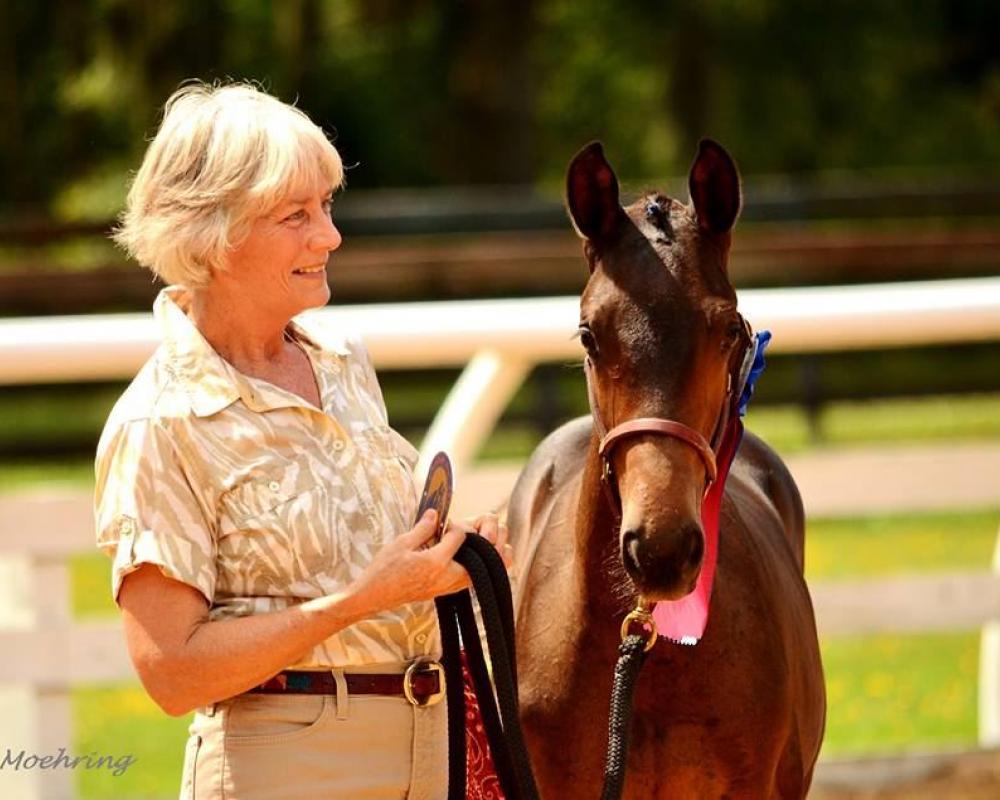 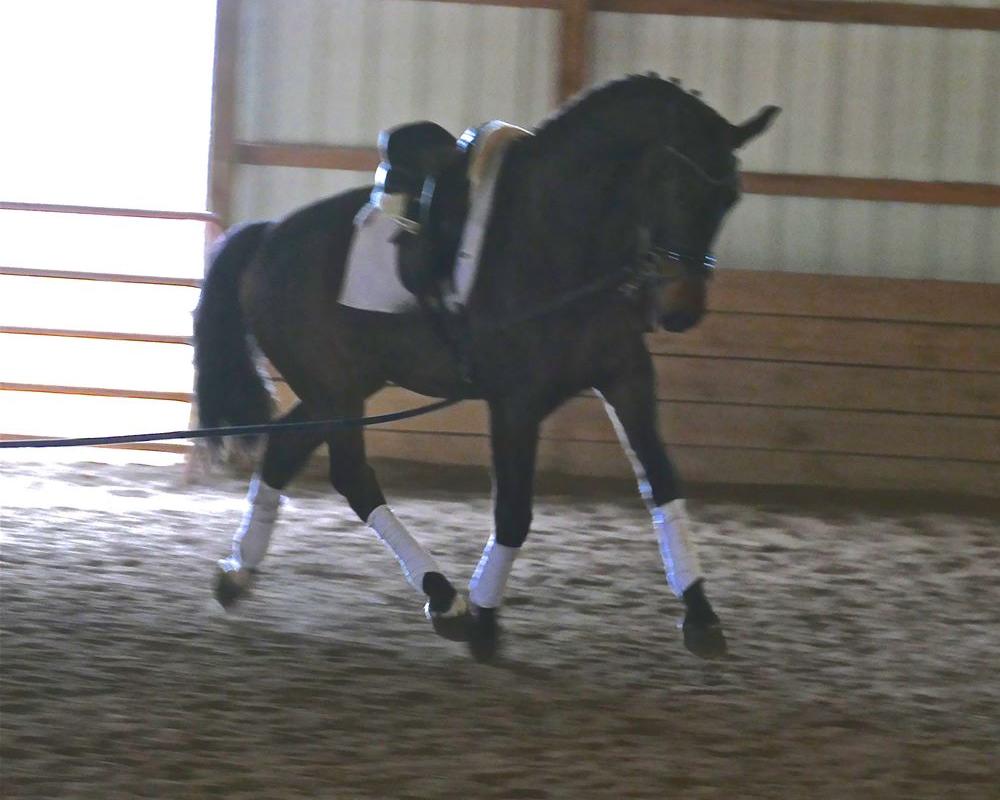 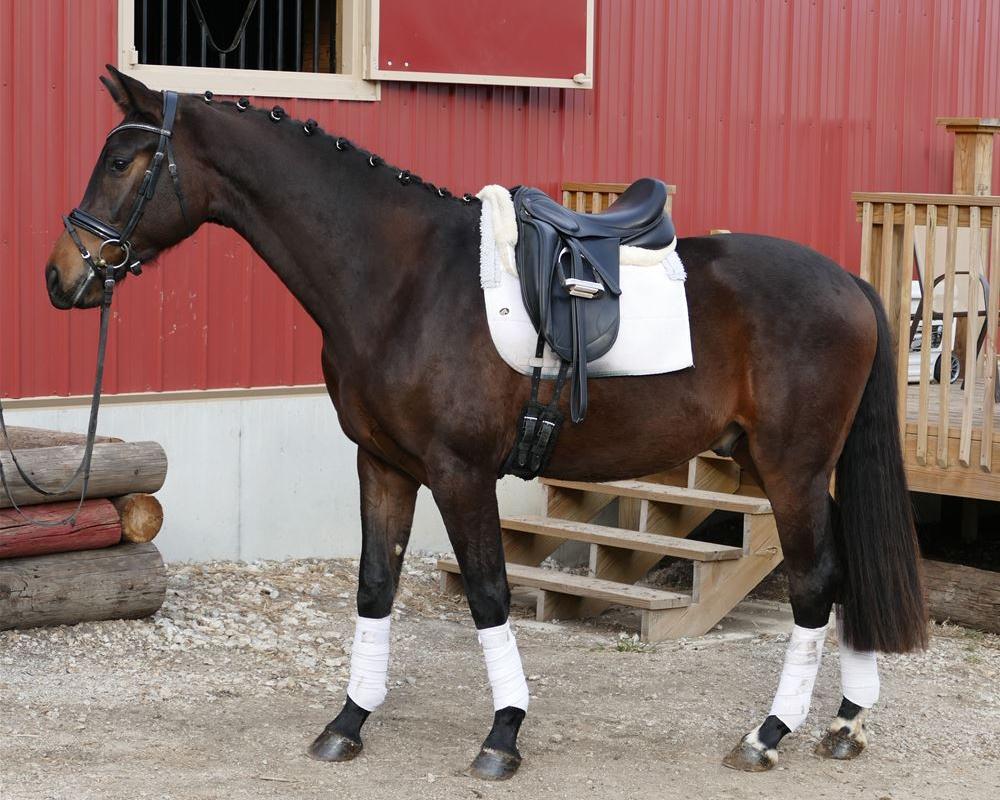 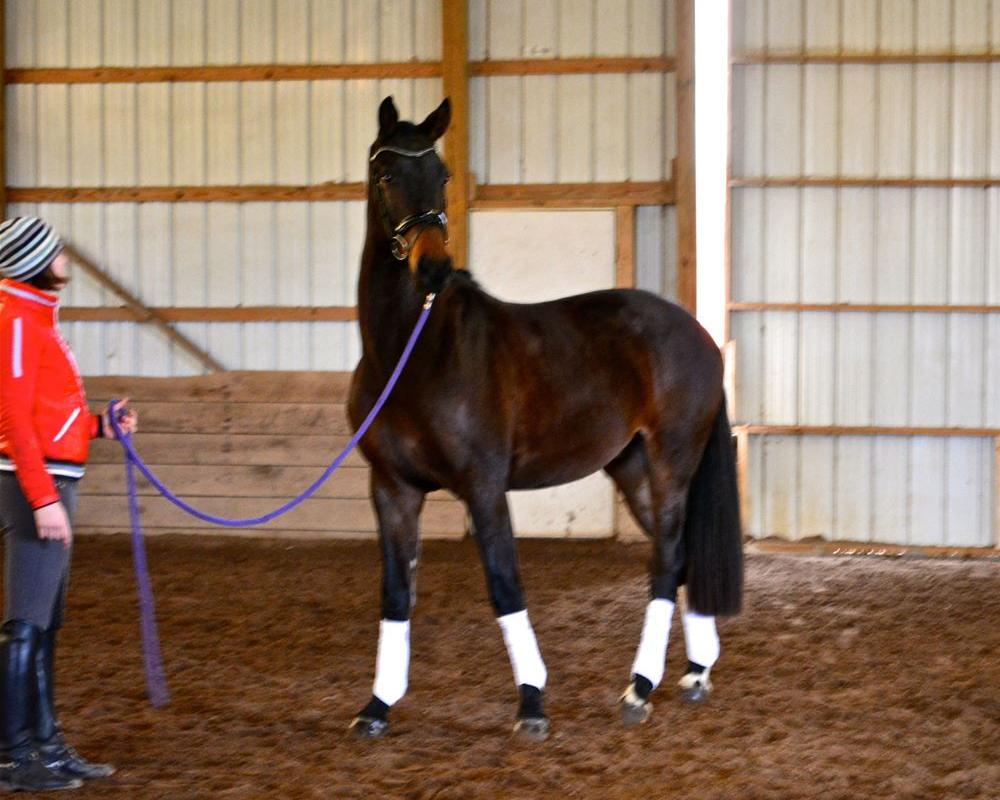 Templar is a handsome 2013 Tailormade Temptation gelding. He is a promising prospect with FEI potential! He is already started lightly under saddle and has great rideability. He can have a very lofty trot and uphill canter.

Templar has wonderful ground manners. He is handled every day and he will stand in the crossties and a wash rack. He picks all his feet and loads on the trailer. He is very quiet for the farrier and an easy horse to keep in the barn. The reason Templar will be a great edition to you is that he has what it takes to be a successful upper level horse, but he has a level head and lacks the explosive spooks.

In his Oldenburg inspection as a foal he was the Foal of Distinction, and Stallion prospect. He had, "effortless, uphill movement."

His father Tailormade Temptation (KWPN) is a proven dressage stallion. He has had some outstanding offspring who have won titles such as 2009 Danish champion colt, and Best Filly with emphasis on dressage in Sweden 2010.

The first picture is of Templar's sire, Tailormade Temptation. The second picture is of his mother Finale. The rest are of Templar in his inspection and recent from this week.