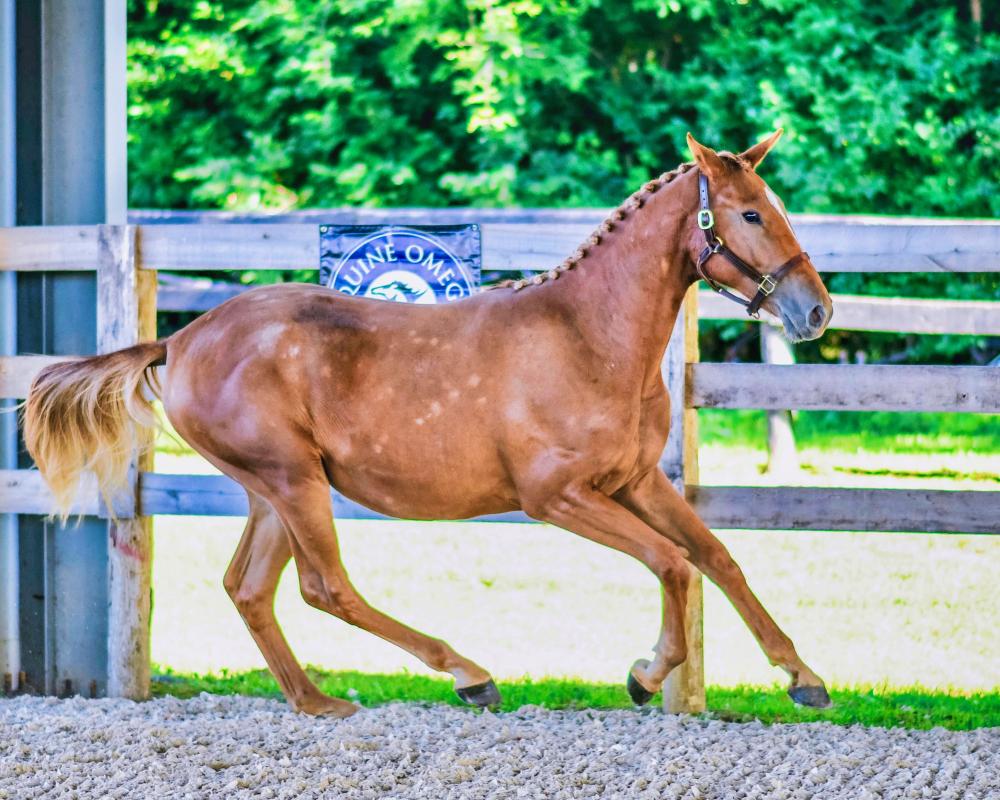 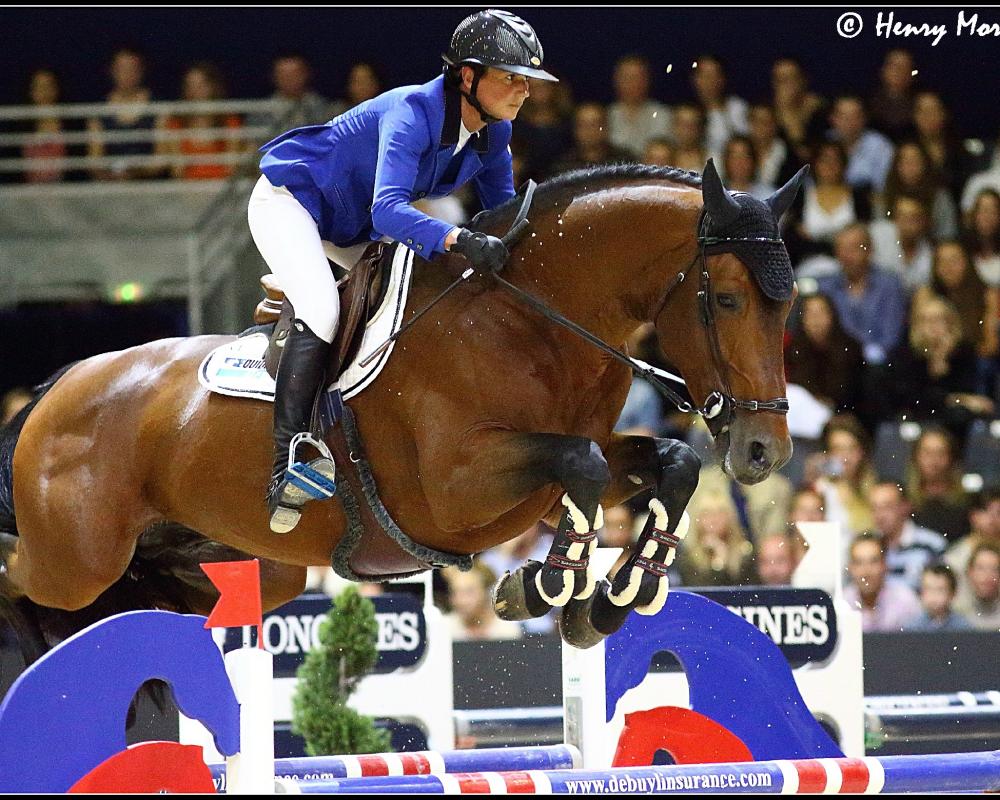 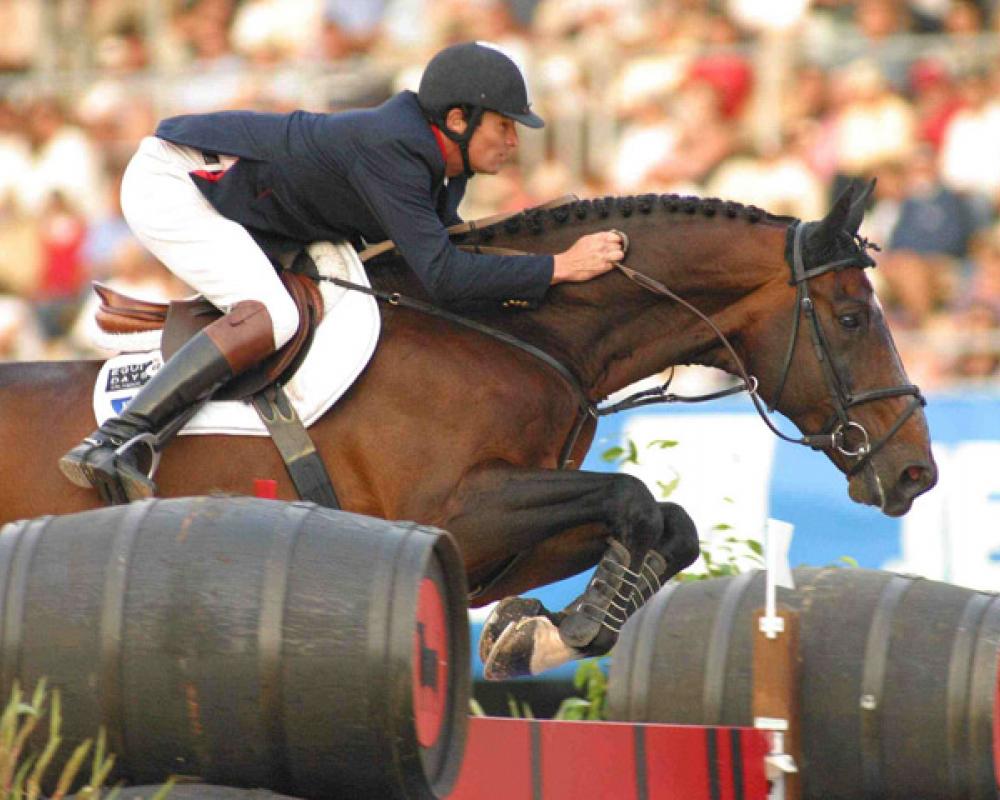 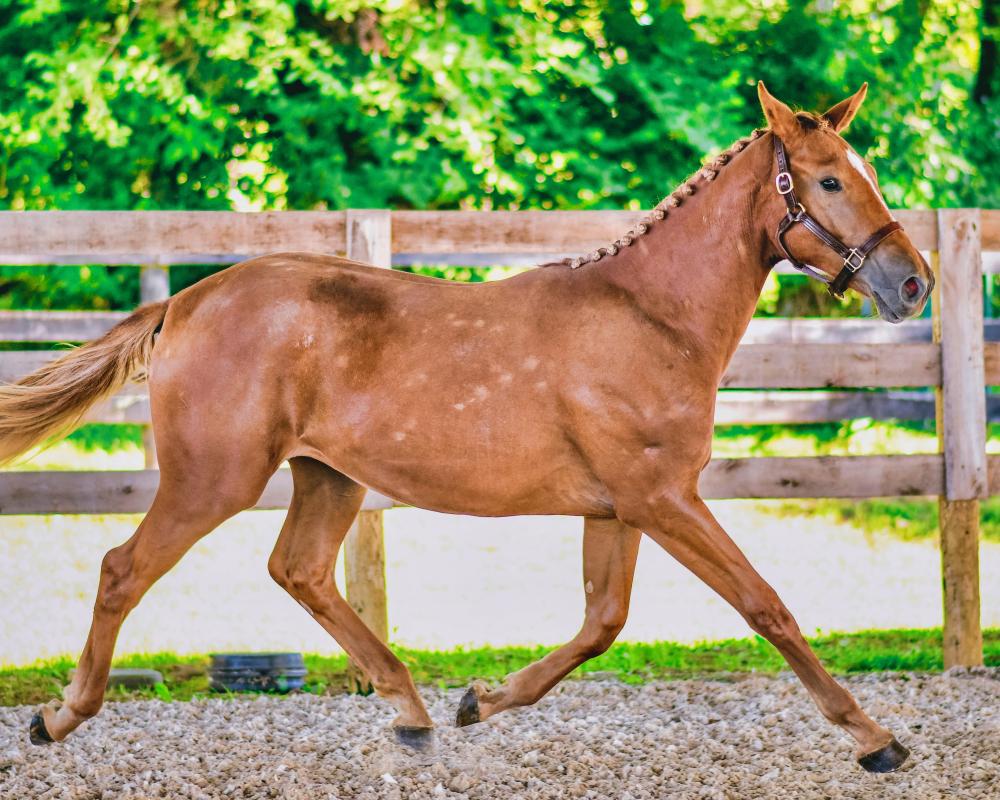 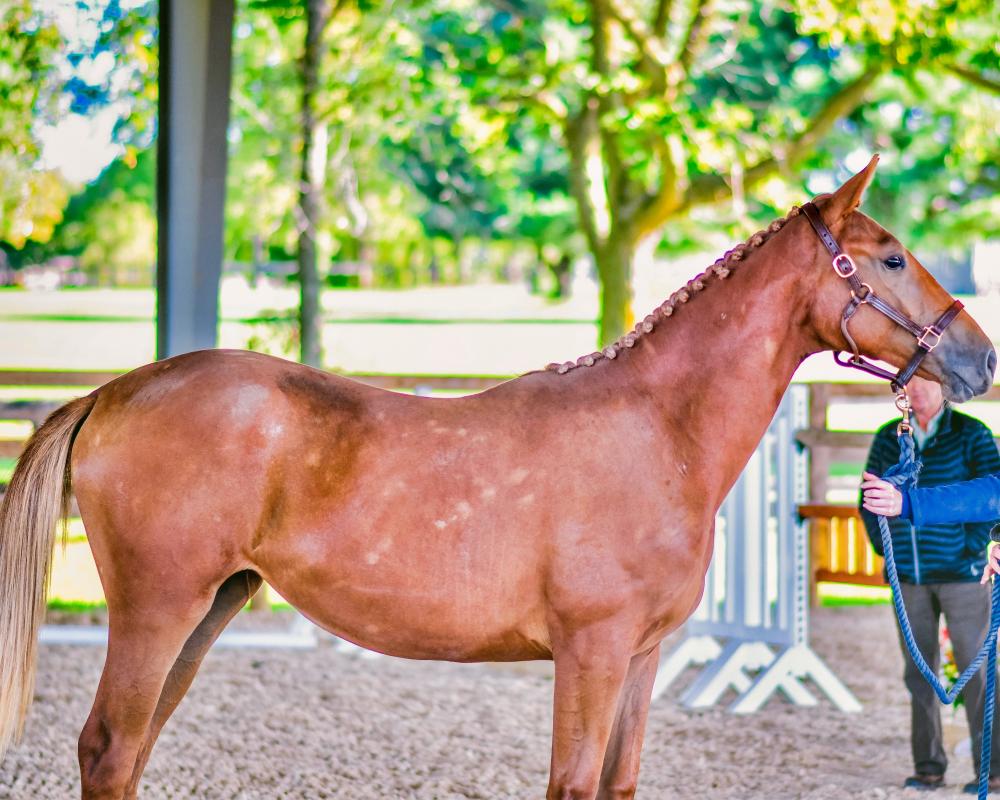 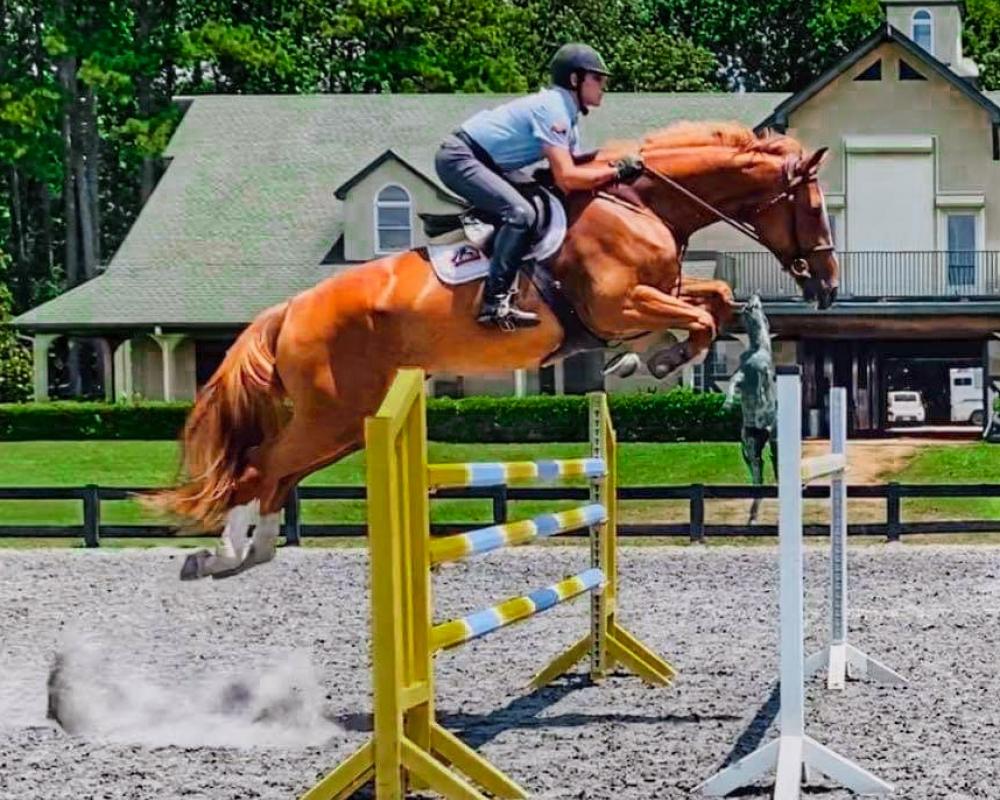 TIARA COVE CSF was inspected by a BWP judge from Belgium: she received a First Premium score. The judge commented that Tiara was very supple and light in her gaits; has good conformation with very good base of support (joints, correctness of legs/feet). Very sweet and social. She has energy in the pasture but is very quiet in the stall and loves to be groomed. Stands very well for farrier; trailered well with dam.

Sire, VAGABOND DE LA POMME (17h), is internationally victorious in 1.60m jumping: 5* level and finished second in his first FEI World Cup FINAL in Las Vegas. His damline is one of the best in the world: Qerly Chin. He already has 15 licensed sons, 2 of which are already competing at 1.60m (at 9 years old).

Dam's sire, DIAMANT DE SEMILLY, was placed first in the international WBFSH ranking as the most successful sire of showjumpers worldwide and continues to be in the top 2 of ALL showjumping sires in the world (WBFSH ranking). This stallion won team Gold at the world championship in Spain in 2002 with Eric Levallois. One year later, he became vice-European champion.

Dam, BIJOUE DE VIE, an imported Selle Français mare (16.2h) is, like Vagabond de la Pomme, from a rich damline and another one of the best in the world: Ifrane. Her grandmother was a 1.60m showjumper. Bijoue’s close cousins (share a grandmother) are MYLORD CARTHAGO, BAMAKO DE MUZE, TRIOMPHE DE MUZE and many other approved stallions and 1.60m jumpers. Bijoue was imported as a foal and has only been a broodmare for us; we felt the importance of her pedigree speaks for itself.

Do not hesitate to contact us if you would like more information about TIARA COVE CSF. We'll answer you with great pleasure and very quickly. [email protected] +1 (205) 915-8414

European warmblood breeder outside Birmingham, AL, producing top quality foals for the highest levels of showjumping. One of our goals is to produce horses that both amateurs and professionals alike will enjoy competing. Our mares possess some of the most accomplished damlines in the world, which produce the best internationally-recognized offspring. Experience horse buying with warm southern hospitality.
Email Seller Now
Visit Seller Website
More Horses From Seller